As NYC's nightlife falls under the spell of self-serious, ostensibly postmodern DJs, it will take a special disco phoenix to bring us back to life. At the queer parties of William Francis, you’ll spin in ecstasy among club kids, drag queens and every manner of nocturnal creature—all at the command of a handsome selector with an elusive yet inexhaustible joie de vivre. We spoke with the chipper discaire—who hosts the free party Viva la Diva every Thursday—about reconciling with an ever-changing scene. 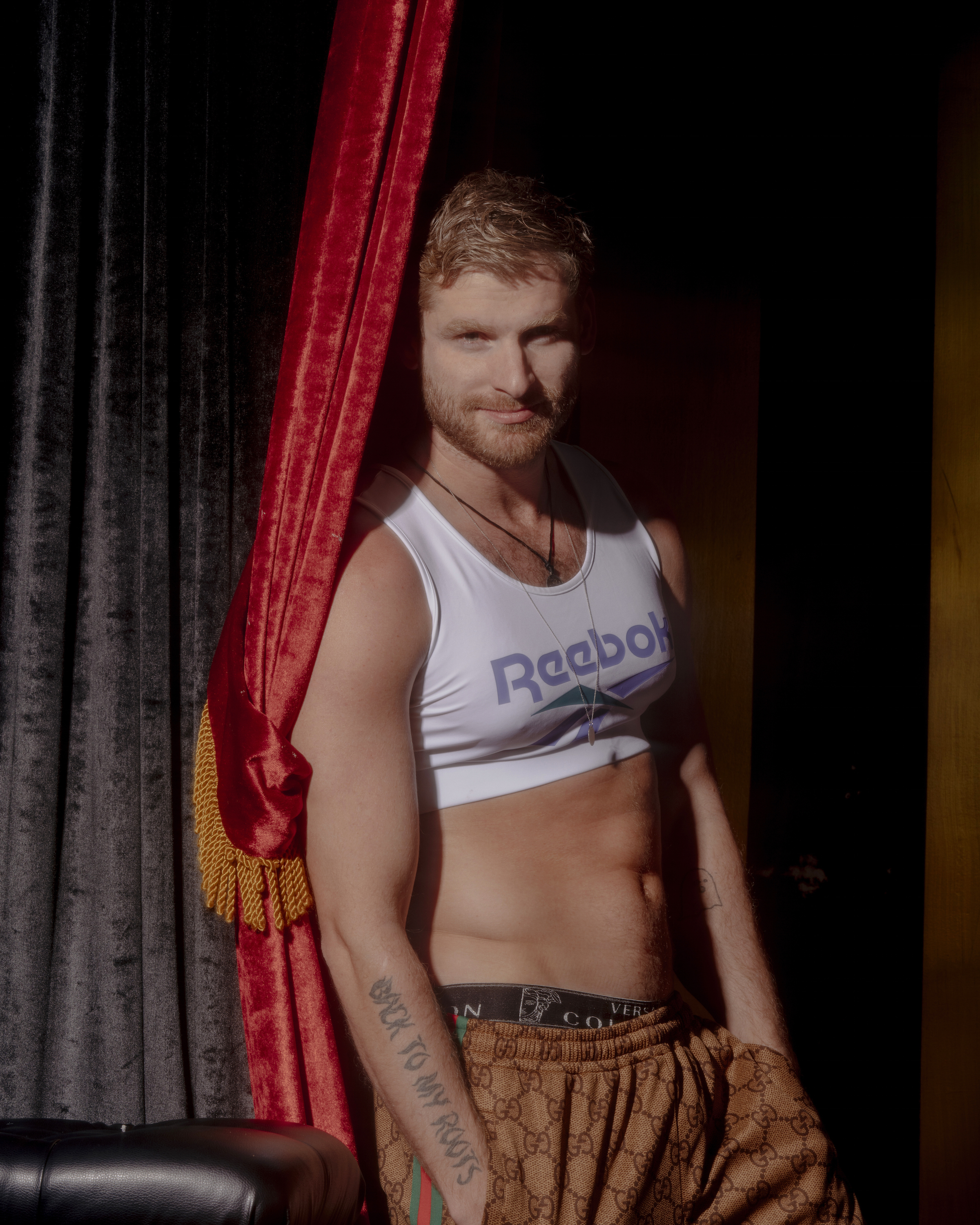 That’s rare.
Look, I don’t want to be too negative. Rents in New York are fucking expensive—we can talk about how we miss stuff, or we can figure out ways to make money, make shows happen and give opportunities to creative people when and where we can.

I recently went to a club kid party at a new space in Bushwick, and it felt like the same crowd could have rented out a Mexican restaurant and had the same result.
I love the clubs in Brooklyn. Elsewhere and Good Room are fun, but things come and go. Some of these spaces are so generic; they just appeal to so many different groups of people. Things just rotate for three years and then they disappear. There’s no space at the moment that gives me that tingly feeling of: I'm home. There are a lot of empty spaces where people are counting dollars at the door. You can’t just open a warehouse and hire people at the door who are cool on Instagram and expect to make a ton of money. 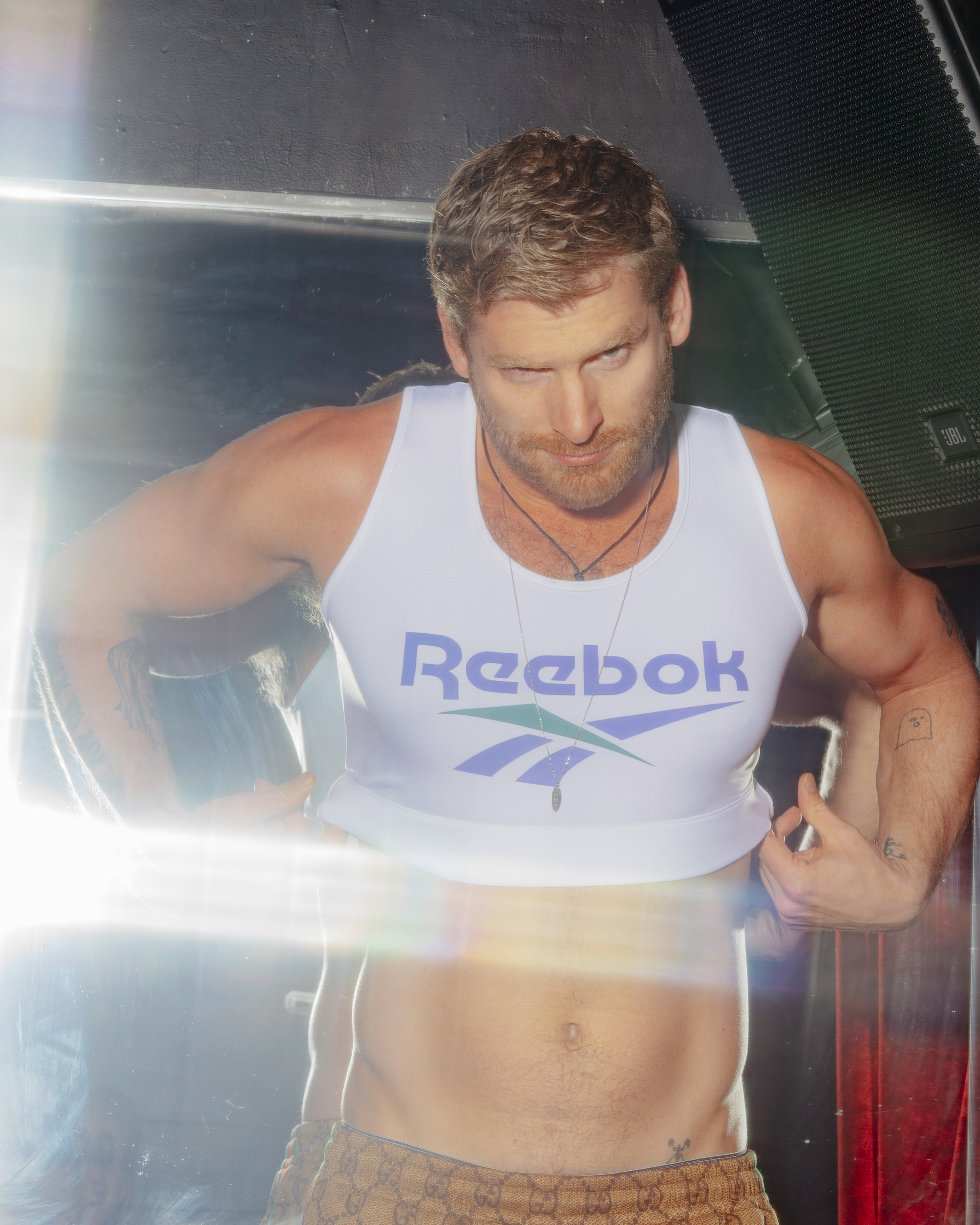 Are there any other parties you love right now?
I love The Carry Nation boys. They consistently put together a well-rounded group of talented DJs, and hosts who are also performers. I always feel at home at the Deep End in Brooklyn. Jorge and John are like mom and dad and reallyc are about the community they are a part of. But it’s a transition time for New York. All these clubs are closing, and everyone’s kind of lamenting it. Everyone’s trying to do mega-clubs right now, but things are too spread out. So many parties are the same right now. I love the Box, but that’s people with too much money.

I just went to the final Casa Diva party, hosted by Charlene. I had forgotten what that felt like—to really lose your mind with joy.
People like Charlene really represent what is great about New York—you see them all over the place at small venues and at their houses. Spectrum felt like a home, but it was still a club (even though I’m pretty sure people lived there). That’s the feel I’m always looking for when I go out. Charlene has it whereever she goes.

What do you think happens next for the scene, and for you?
I’m trying to build a community of educated music listeners, people who seek out cool creative things. It doesn’t have to be large amounts of people, but people who are asking the right questions. Everyone is giving up on New York. When one club closes, it’s like: “Is New York dead?!” And it’s like...no! I love Output, but it doesn’t represent the city. New York is weird hole-in-the wall places that you can’t know about. I wish clubbing could be brought down in scale a little bit. 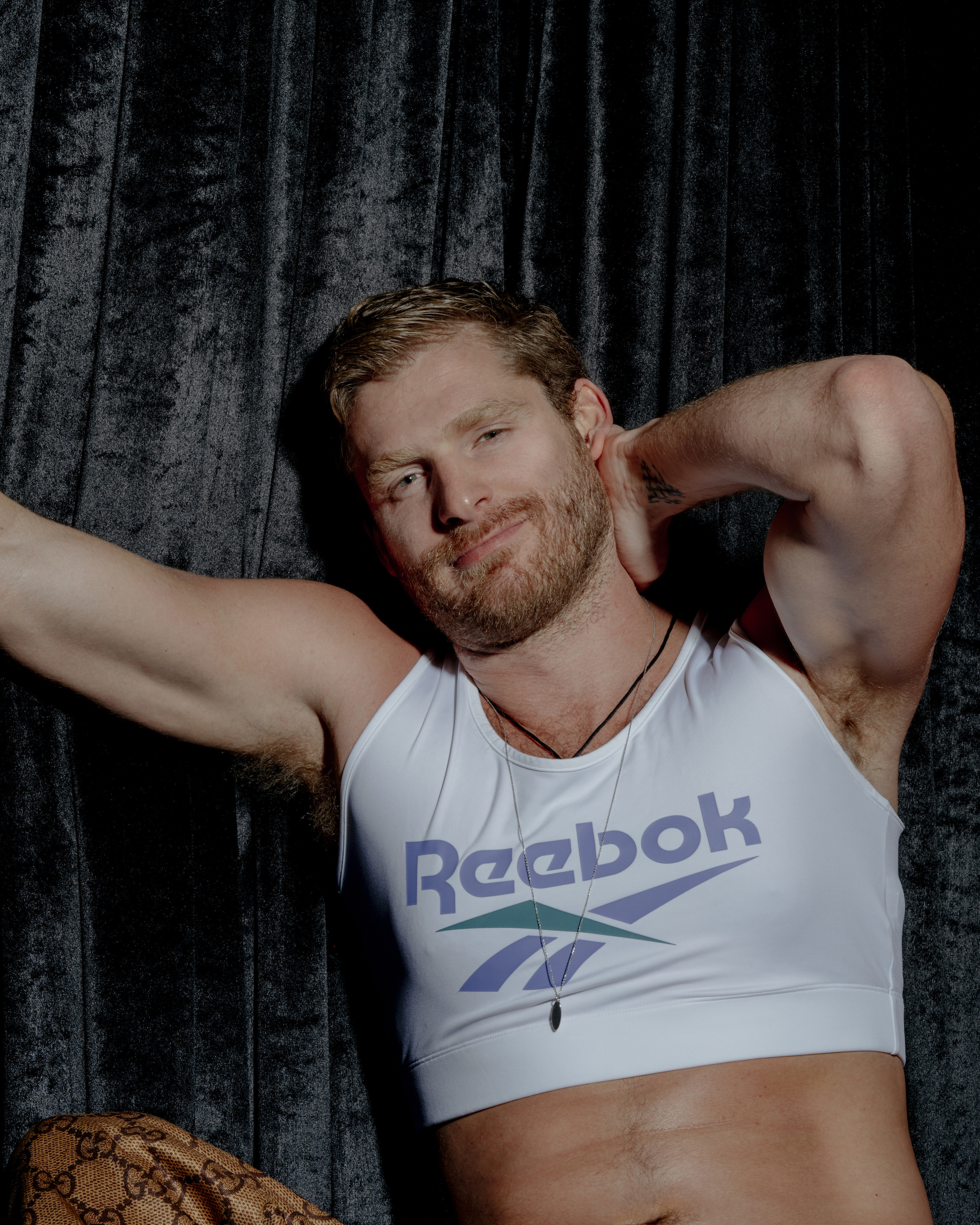 For Pride this year, I saw you spinning on the Elsewhere roof. You played Donna Summer and people were levitating. It should always be that simple.
I think people forget what people really want, and they get caught up in what they think they want and give them the wrong thing. This next year with World Pride, things are going to be wild. Anytime there’s big events, people see dollar signs. It’s going to be a mess. Everyone says we need to come together, but maybe we don’t.

I don’t mean to be bleak. It just feels like a transition period.
I never think that New York is dead, and I’ll never need to move away. There’s always pockets of things happening. I laugh when people say the city is dead. It’s a breathing entity, a sentient being, and there’s a stasis it needs to maintain. Right now, it’s not cool to stand around a giant room and get berated with music that doesn’t make you feel good. People want to feel connected to other people. I think the future is going to go into a more intimate and educated setting, where people are seeking out stuff. You have to put in some effort, with everything being fed to you constantly in one way or another, and make educated decisions about what to do—not just go to one club or another. These big clubs are dying because you can’t just put a flyer out with people’s names on it. You have to have some soul and some heart, and when people show up, you gotta know them. 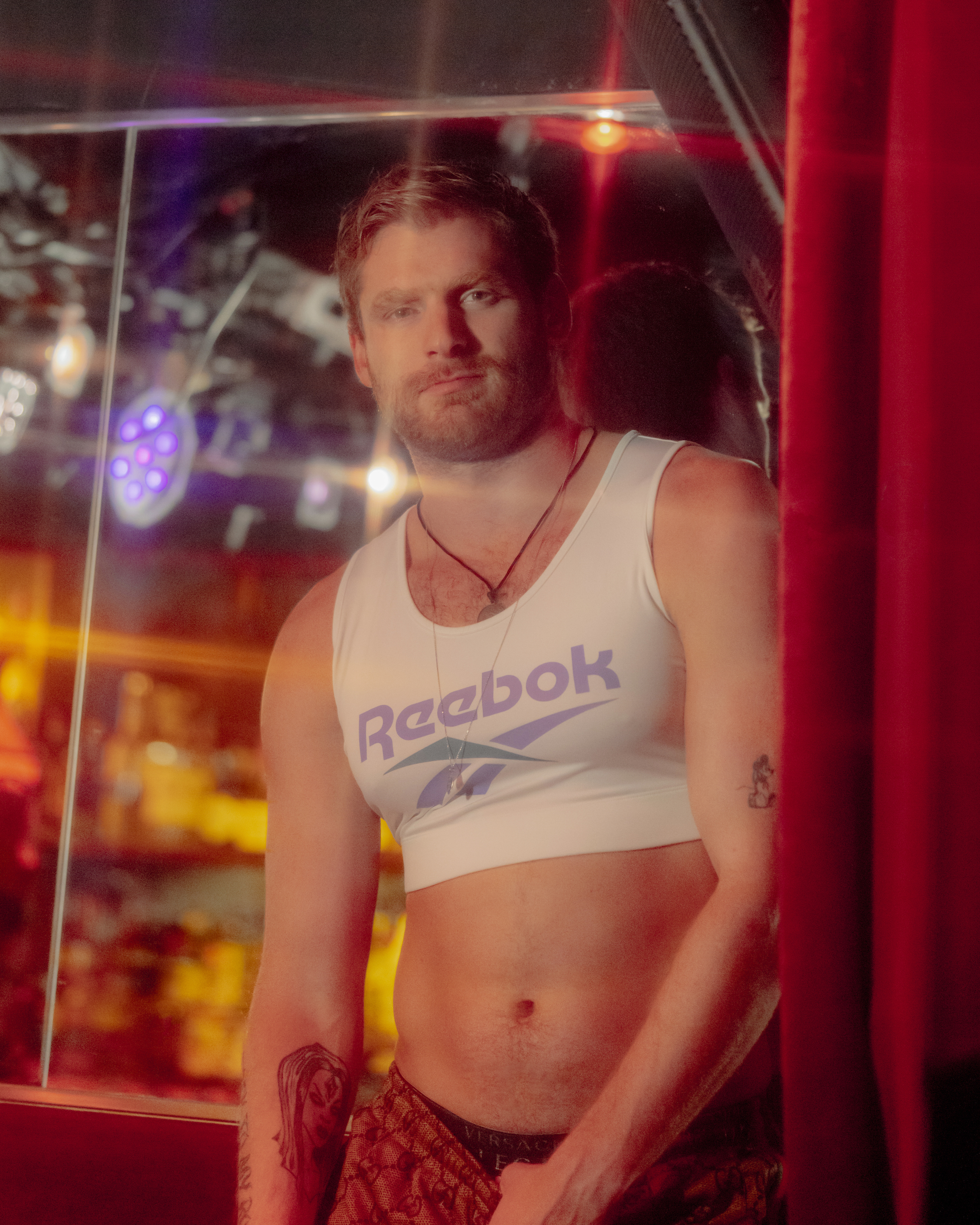 What do you do after a set?
Coppelia. I’ll go there with anyone who leaves the club with me. There’s nothing like a 5am steak. Coppelia has plantains, which hit the spot when you’re leaving work. When people on normal nine-to-five schedules leave work, they always want to decompress. I don’t want to go home; We’ve just had a great night, everybody’s partying, and I’m like, “Okay! I’m off work! I was asleep for half the day! Can I get a minute to calm down?”

And Cafeteria is always great. Their food is pretty good if you’re drunk. I don’t even like to drink all the time when I’m working, but if you’ve had a few drinks and are with friends, there’s always funny celebrities to see there, like Janet Jackson or Mariah Carey. They go shop at Barneys, and then hit Cafeteria.

Usually before work, I like to work out. That calms my nerves and helps me set the tone and get my endorphins going, so I’m in a happy mood. It’s a depressed world—it’s cold, people are building walls with money they don’t have. You gotta stay happy somehow.

An DJs should be a source of joy.
Absolutely. If you’re always talking about how shitty everything is, I don’t want to hear what you’re playing for me. Smile a little bit, girl. 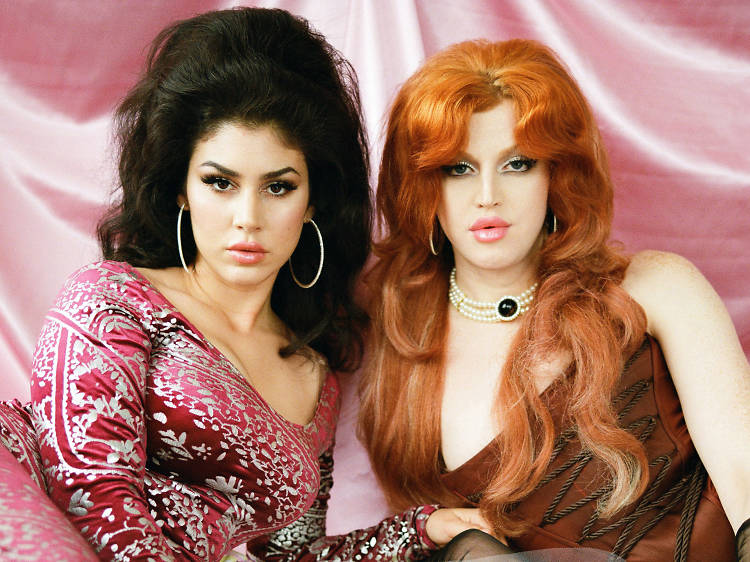 My New York: NYC's most interesting people share the city with you