In 1992, Broadway dancer Jerry Mitchell and six of his friends stood up and stripped down at the Chelsea gay bar Splash to raise money for Broadway Cares/Equity Fights AIDS. They earned $8,000, and Broadway Bares was born. Since then, the show has mushroomed into a massive annual burlesque extravaganza—involving huge production numbers, aerial acts and nearly 250 performers per performance—and has raised $21.2 million dollars for charity.

As arts communities across the country face uncertain futures, the need to raise money is more urgent than ever. We can't see Broadway's hottest chorus folk in the flesh this year, but you can't stop the strip: Broadway Bares is holding a special virtual edition, Broadway Bares: Zoom In, which premieres at 9:30pm EDT on Saturday, August 1. You can watch it on multiple platforms, including below on this page.

Broadway Bares: Zoom In includes racy new performances recorded by dancers at home—think of it as Only Broadway Fans—as well as videos of past spectacles (like those in these 25 photos of past Broadway Bares events). Scheduled guest stars include Mitchell himself, who has risen to fame as the director-choreographer of shows including Legally Blonde, as well as Jane Krakowski, Nathan Lane, Judith Light, Charles Busch, Lea DeLaria, Nathan Lee Graham, Beth Leavel, Debbie Shapiro Gravitte and many more.

Contributions up to $200,000 will be matched, so can you can effectively double your charitable support for BC/EFA's efforts during the Covid crisis. Click here to make a donation.

Broadway Bares: Zoom In will be available on YouTube starting Saturday, August 1 at 9:30pm EDT (2:30am BST). You can watch it here: 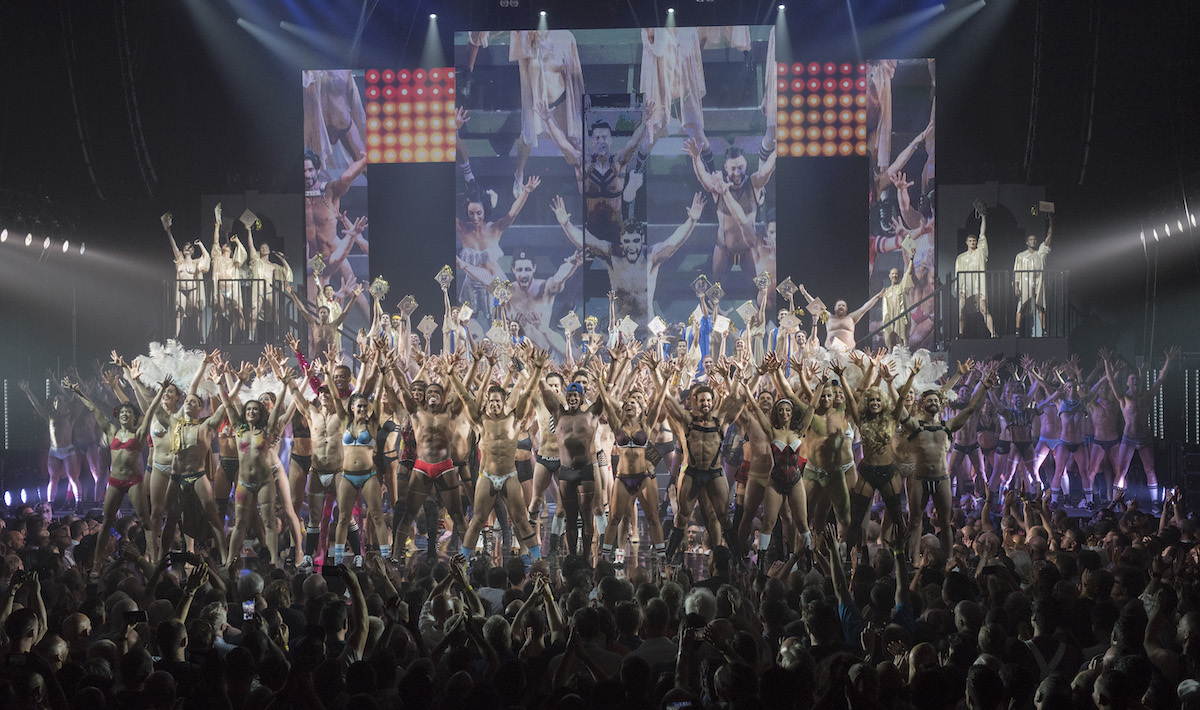