The Ace Hotel's latest restaurant and first foray into Brooklyn.

The Ace Hotel has spent 22 years establishing itself as the cool international vacay chain before finally tapping Brooklyn, the NYC borough so telegenically trendy it's rendered in caricature the world over, this summer.

I’ve been to some of its restaurants and bars in a few different cities in a couple different countries, and when I grasp for recollections, the best I can glean is a miasma of man-made style. That isn’t bad branding.

The Ace’s latest opened in Boerum Hill in July. Its sprawling, ground-floor restaurant, As You Are, followed two months later with executive chef Ryan Jordan (The Breslin) and pastry chef Daniel Alvarez (Union Square Cafe) in the kitchen. It's as handsome as it is huge, starting with filmic light fixtures illuminating a baby-grand entrance that tumbles into As You Are’s 130-seat dining room.

The space inside is lined with warm-toned wood and forest-green upholstered chairs and banquettes under soaring ceilings. A gleaming mosaic hovers above eye level on the south wall, and the bar spans nearly the width of its east end. It would all be suitable in a scene from a TV show that takes place in Brooklyn, but isn’t about Brooklyn.

As You Are’s roomy bar section–still a sliver of the restaurant’s overall footprint–makes the best case for its addition to the neighborhood. There are already a fair amount of nicer-than-normal night out, special-occasion in-a-pinch places nearby, but As You Are’s potential strength, other than as an easy option for fatigued tourists, is as a spiffy, easygoing spot to grab a great cocktail that might carry on into an impromptu dinner.

The Bond Street ($16), for example, made with Scotch, peach, ginger and lemon is a balancing act with a boozy zing and novel notes that aren’t just some close approximation of every other geographically-titled tipple in the area. Pair it with a Swiss-topped short rib burger on a housemade English muffin ($21) and your visit’s a seemingly spontaneous pleasure. Other dishes that you might peruse ahead of time and look forward to are rougher, but some ingredients still shine.

The dainty baked clams’ ($8 for four) hot sauce and brown butter bath has a good bite, but their interior’s too chewy. A chicken liver and onion app’s main components ($10 for three pieces), pâté and madeleines (the onion’s a speck of garnish) are delicious separately, but compete when paired. The golden cake has an ideal crumb and velvety texture but it’s too sweet for the rich pâté, and the duo's disparate flavors almost comically cancel each other out. Similarly intertwining high and low-lights are a theme.

A New York Strip ordered medium-rare recently lurched toward well done, but its vibrant zhug and fine cut almost split the difference. Greens in a potato and cabbage side popped with anchovy and lemon, the tender leaves worth their own dedicated line on the menu absent the dry accompanying medallions. And the flatbread served with confit lamb ribs was curiously brittle, but the meat had a satisfying, caramelized finish.

Most of the other Ace operations I’ve been to have either shifted concepts or ceased to exist. The one in Shoreditch closed for good last year. I know I had a nice time there and that we had cocktails and I think someone ordered a snack and I think I thought the music was a little annoying.

Later that night in London, my group wandered into an empty bar not too far away, creaky underfoot and staffed by a lone woman who didn’t pause for one second to let us order, but instead started making espresso martinis that none of us would have asked for in a million trips. We took them up to the second floor, which was decorated with dolls and doll paraphernalia. I sat in a rocking chair. That place was pretty cool, and made me feel like I'd actually been to Shoreditch. Too bad I remember everything but its name.

As You Are is located at 252 Schermerhorn Street and is open daily from 7am to 2pm, Sunday-Wednesday from 5:30pm-10pm and Thursday-Saturday from 10pm-11pm.

The Vibe: Sprawling and lofty with corporate-chic style and nondescript music below a conversational level.

The Food: Nicely-finished confit lamb ribs and a winning burger, plus near-hits like a chicken liver and onion app that’s delicious when deconstructed and a terrific cabbage side.

The Drinks: The bourbon-based Street Lamp and Bond Street with Scotch, peach, lemon and ginger are refined, drinking persons’ cocktails.

Time Out Tip: As You Are’s space is huge and reservations are easy to come by, so it would be great for large groups. 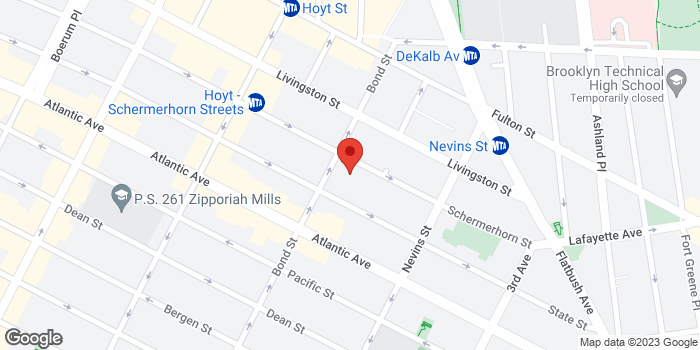