Years after Rebecca Charles pushed the first Manhattan lobster roll across the marble counter at Pearl Oyster Bar, the sandwich has become a local staple, a crustacean-filled highlight among things to do in the summer in New York. From no-frills sandwich shops to the city’s best seafood restaurants, these are the best lobster rolls in NYC. 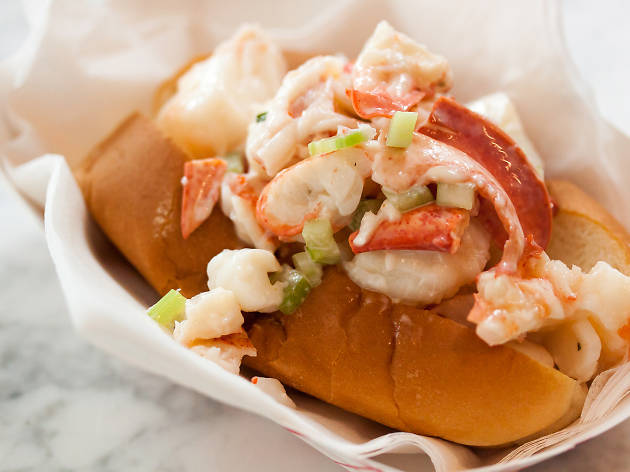 Vincent Milburn and Adam Geringer-Dunn source only seasonal and sustainable—and sometimes local—catch like wild Alaskan salmon and Arctic char at the retail counter inside their Brooklyn fish market-eatery. They put those fresh goods to use in dishes like this exemplary lobster roll: Hand-picked, hyperfresh lobster meat is tossed with a barely-there coating of mayonnaise, some celery and taragon for texture, and Maldon sea salt and a spritz of lemon for taste inside a split-top Balthazar bun. It's served with slaw, fries and a house-made pickle, but what you'll really want is a second one. $27 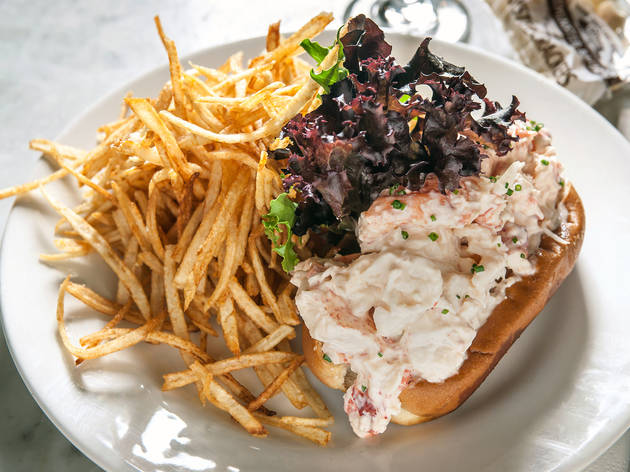 Inspired by childhood summers in Kennebunkport, Maine, Rebecca Charles opened her West Village restaurant in 1997, practically launching “New England seafood” as a restaurant category in New York. Two decades later, her lobster roll is still a knockout. She griddles the top-loading bun to give it a beautiful, browned crunch. It’s practically flattened under the weight of a heaping mound of home-cooked lobster salad: The huge chunks of the crustacean­—boosted with a slick of Hellmann’s mayonnaise and enlivened with lemon juice and chive—taste of pure ocean. Market price. 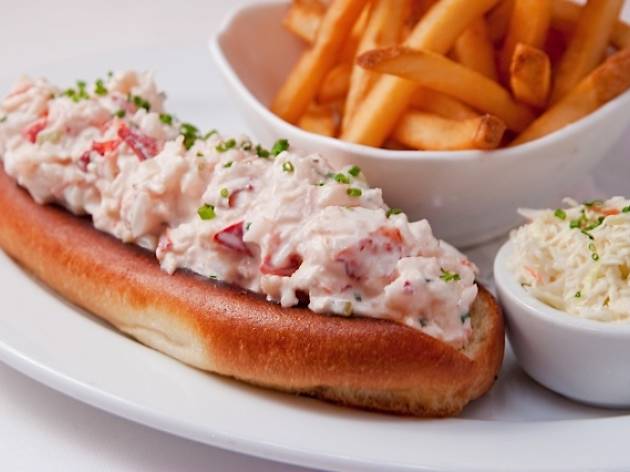 The secret to the intensely flavored lobster meat that acts as the base of April Bloomfield and chef de cuisine Josh Even's summery sandwich is a lacquer of lobster roe butter. That fresh, Maine-sourced flesh gets tossed with red onion and celery for crunch, celery seed mayo and a splash of white wine vinegar before it’s piled on a crisp-edged Orwasher’s Bakery roll made especially for the restaurant. $29 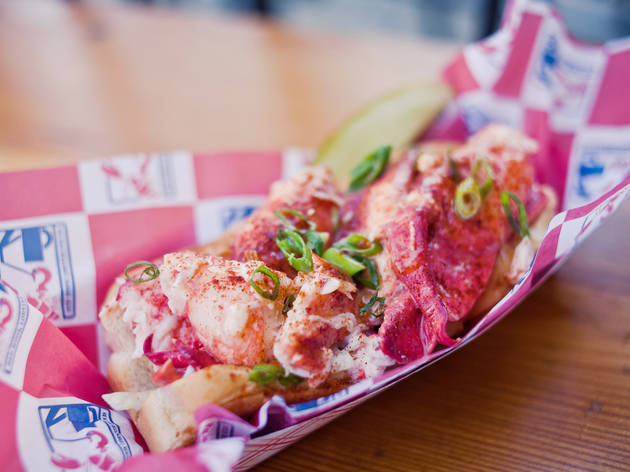 At the 2009 Brooklyn Flea, Susan Povich and her husband, Ralph Gorham, became the first to bring the lobster roll—already popular at full-service restaurants like Pearl Oyster Bar and Mary’s Fish Camp—to the streets of New York. Today the couple still operates that weekend market stand, plus a shop in Red Hook, a dine-in location in Manhattan and roving trucks in NYC and Washington, D.C. Their unadulterated Maine lobster roll showcases improbably perfect claw and knuckle pieces. The tender meat is kissed with mayonnaise, zipped up with scallion and deposited on crisp shredded lettuce in a buttery bun. $22 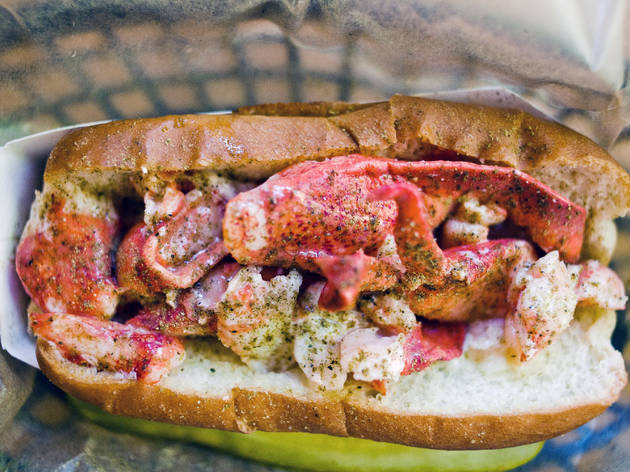 Maine native Luke Holden—who trapped lobsters throughout his childhood summers in Kettle Cove, Maine—and partner Ben Conniff now operate multiple locations, plus a roving food truck, for their growing seafood empire. Holden’s story is now a part of NYC lobster lore: The real-estate investment banker gave up a promising financial career to start a lobster roll business with his pops, Jeff, who sources the picked and cooked crustaceans directly from Maine fisherman. For his simple roll, Holden sprinkles the meat with a proprietary seasoning blend, flavored with celery  salt and oregano, along with lemony butter. It’s stuffed with a smidgen of mayo in a golden-toasted New England–style bun from Country Kitchen in Lewiston, Maine. $16 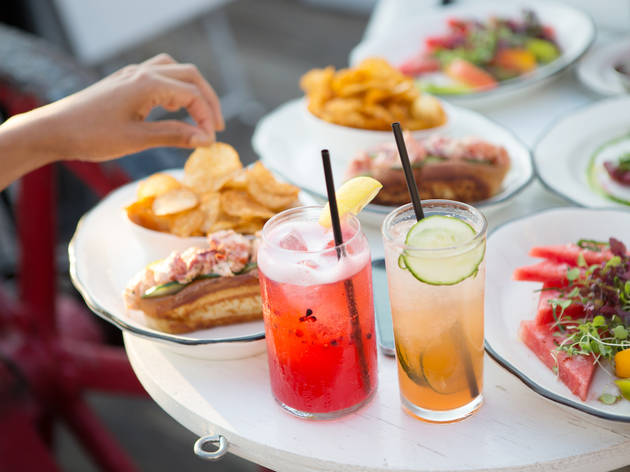 Aboard Pier 25's historic schooner turned oyster bar, waitstaff runs like a well-groomed crew, outfitted in navy striped shirts, delivering summery dishes like Kerry Heffernan's beautiful lobster roll. The toasted bun is lined with "boat-made" pickles, the mayo is charged with white wine and dulse (that's seaweed, FYI), and the Maine lobster meat is freshened with fennel and lemon. A side of New Bay spiced chips doesn't hurt, either. $27 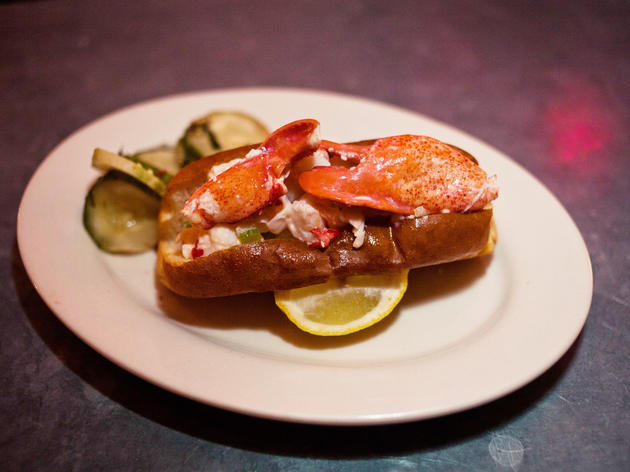 At this refined clam shack near the Gowanus Canal, live lobsters are poached in house and nestled inside airy, toasted split-ton buns. Squirt the accompanying lemon wedge over the stunningly sweet meat—barely dressed with Hellmann’s mayonnaise, lemon juice and bits of diced celery—to add an extra hit of brightness. On the side: semi-sour and homemade bread-and-butter pickles. $18 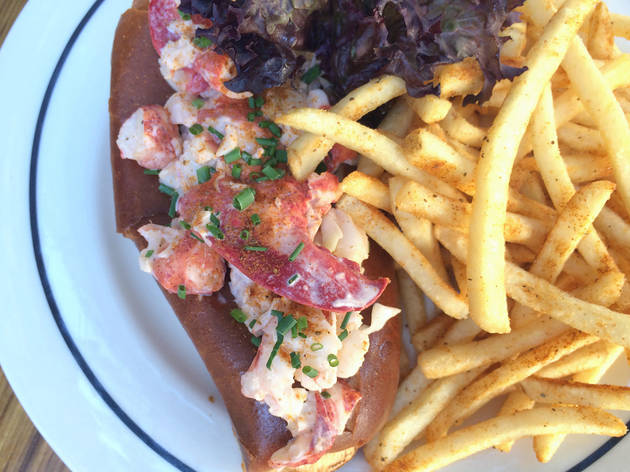 Both locations of Danny Abrams and  Cindy Smith's urban fish shack are cozily nautical in theme, apt settings for one of the city's best lobster rolls. The version here loads up a traditional split-top bun New England-style with fat chunks of lobster meat and plenty of mayo, and served with Old Bay fries. $29 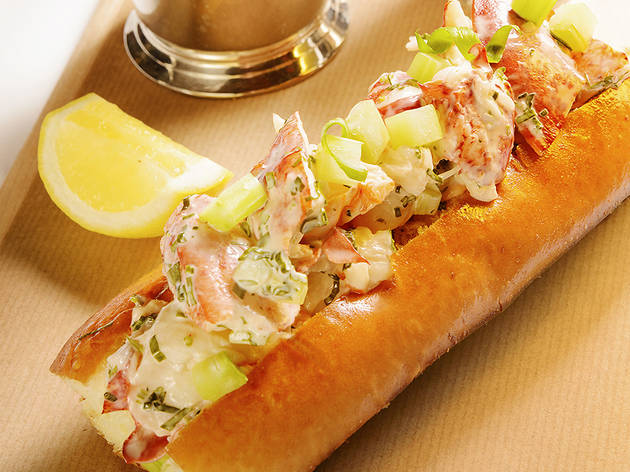 This polished Ralph Lauren restaurant is sharply tailored to all-American classics—shocked?—so it’s not a surprise that a plump, generous New England lobster roll finds itself on the menu. Chef Sepp Stoner dresses the sweet crustacean with a bright, herbaceous mix of chive, tarragon and parsley, using a light brush of mayonnaise just to hold it all together on a tender, butter-toasted brioche bun. $32 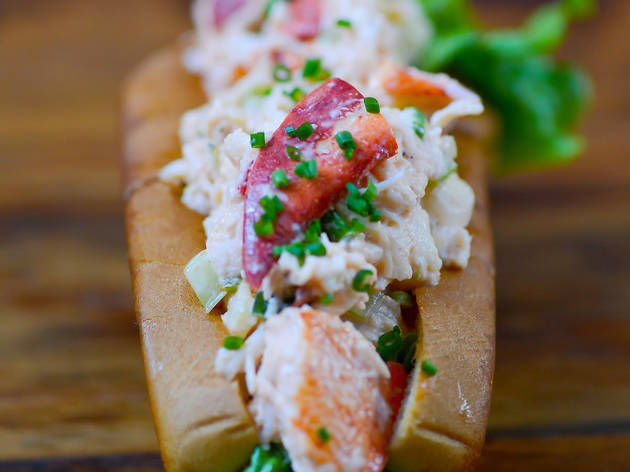 Tucked in the back of the seafood section at Chelsea Market, this cozy nook nods to two types of lobsters: a cull lobster, which has only one claw, and a pistol lobster, which has no claws. Name notwithstanding, patrons of Cull & Pistol need not worry about there being enough crustacean meat to go around here as well. Just look at the lobster rolls for proof; there are two versions of the summertime favorite on offer here: A warm, buttery Connecticut-inspired number and a chilled, mayo-laced Maine rendition. We can't choose–we'll leave it up to you. $27 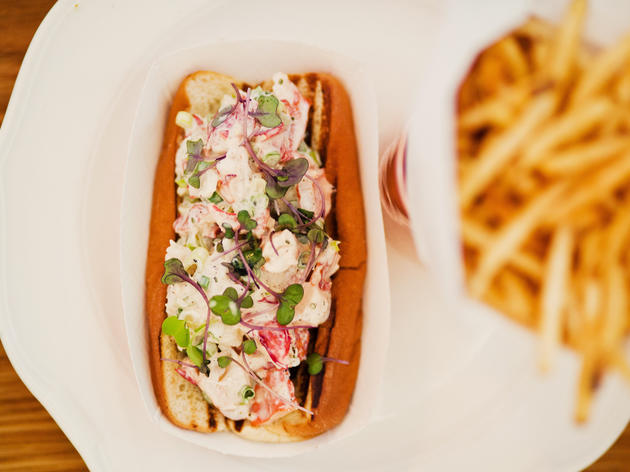 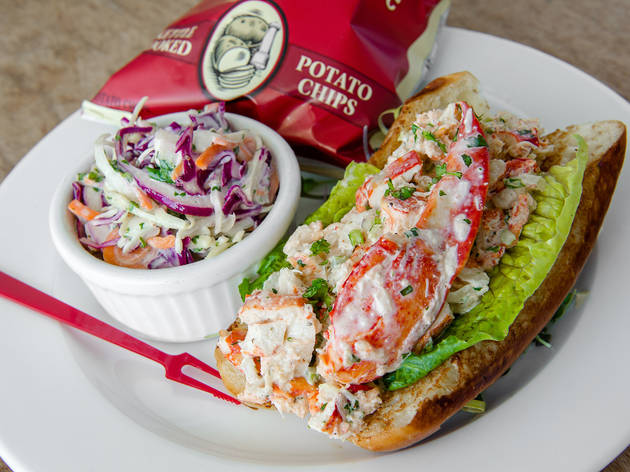 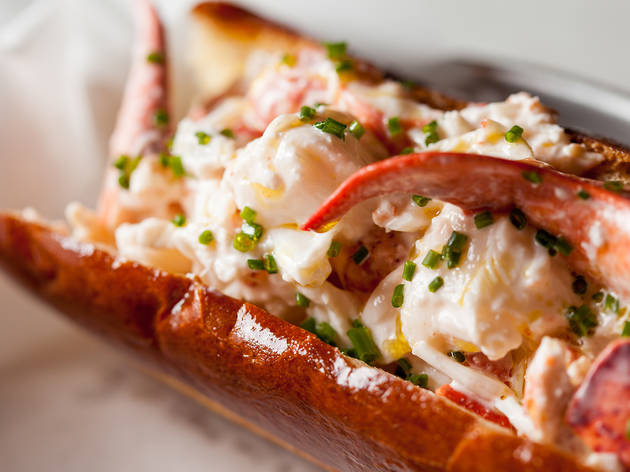