There is a pair of idyllic views from the Brooklyn-Queens Expressway heading north right after Atlantic Avenue. In the distance to the left: An expanse of the East River and the Manhattan skyline. Just to the right: A bird's-eye look at a little pocket of Brooklyn Heights that seems to write in swoopy script across your windshield, if you lived here you’d be home now.

That those homes are all unspeakably expensive makes it curious that the neighborhood was recently absent a special occasion destination restaurant. But if you were to ride an umbrella down from the BQE to the sidewalk like Mary Poppins, you’d land near Clover Hill, a wonderful new spot that brilliantly fills that gap along with some everyday dining options as well.

Clover Hill first opened in the former location of the highly-regarded Iris Café in December of 2019 with the previous occupant’s manager, Clay Castillo and his friend-turned business partner Gabriel Merino at the helm. The pair had to close shortly thereafter due to the pandemic, and linked with executive chef Charlie Mitchell (Eleven Madison Park) before reopening for daytime operations this past February. Dinner service began in March.

Its address is even more charming at street level than from traffic fantasies. Located on the one-block stretch of Columbia Place between State and Joralemon, it feels like a secret, tree-lined annex to one of the few parts of NYC that could still almost pass for a hamlet. It’s as leafy and quaint as the rest of the surrounding area, but the roadway towering overhead gives it a particularly secluded quality.

Inside, there are 34 seats (including six at the bar) between large picture windows up front and an open kitchen in the back. Its precisely-executed Brooklyn aesthetic seems honestly achieved. Prints and vintage portraits line white-painted brick walls above hardwood floors. Plants and petite lamps are spaced throughout. The ambient music could have been the soundtrack for an elder-millennial middle school dance.

By day (Friday through Sunday from 9am to 3pm), the brunch menu is a primer on the excellent sourcing and preparation that Mitchell brings to the kitchen. A croque fromage ($18), French omelette, ($19) and short rib cannelloni ($36) feature among the relatively lengthy menu. The evening prix fixe cements Clover Hill’s destination status.

Like many NYC tasting menus, Clover Hill’s will change based on seasonal availability. A recent roster, $135 for seven French and new-American influenced courses, was seafood-focused and abundant with spring vegetables. A $95 wine pairing is nicely calibrated with each dish.

To start, a trio of house-made, baked rye tart shells are filled with ingredients like asparagus and a ranch crème fraîche that, in two bites, goes a long way to promise not only an expertly-conceived dinner to come, but also a fun one. Pop it first, you’re advised, then the hiramasa (often called yellowtail kingfish) and the shima-aji (likewise, striped jack) varieties, which both pack more flavor than their miniature surface areas imply. It’s a jubilant beginning combined with the pairing’s sparkling chardonnay blend.

The aguachile that follows is among Mitchell’s most outstanding plates. Kombu-cured scallops reach an impeccably silken finish, served in a vibrant mussel bouillon with snappy, lime vin-marinated fava beans and crowned with osetra caviar. Its companion pour is an appropriately bright Greek variety.

A couple of courses later, you’ve likely dipped into bolder red wines that portend items like a stuffed fluke that perfects the task of marrying varied notes while still keeping their separate qualities intact. The fish is slow-cooked in clarified butter and stuffed with minced crimini mushrooms and truffles that pop with a bracing earthy essence among dainty spring peas all served atop a deep, somewhat smoky Willington sauce. Its a triumphant combination that also demonstrates style, skill and expertise in the kitchen.

The final savory course is similarly dynamic, this time fixing a thin layer of foie gras and lobster beneath beautifully deep-golden chicken skin. Its wispy, crustaceous perfume, embedded in the breast and present in a sauce Américaine, links this last main to the rounds of wonderful seafood that preceded it.

Dinner finishes with two presentations from pastry chef Vanessa Matonis that outdo standard issue restaurant desserts. The first is a perky citrus gelato with Cara Cara oranges and a texture-amplifying coconut crumble. It's followed by a light rum baba visibly laced with lightly spiced swirls, and served alongside a pour of its titular spirit, if you’ve splurged on the wine pairing. One more sweet surprise caps the exceptional experience.

The Vibe: Tucked away on a picturesque one-block street with a cozy, comfortable dining room that seats a few dozen.

The Drinks: A $95 wine pairing, plus bottles, glasses, beer and cocktails.

Time Out Tip: Walk-ins are welcome, but the place fills up fast for dinner around primetime. 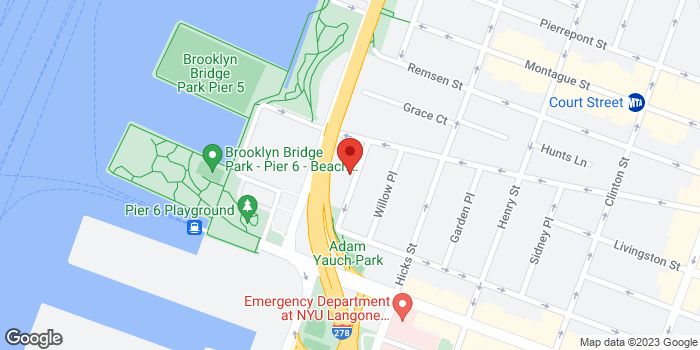