As year-end lists circle the city like a cursed chain letter whose hastily dismissed consequences are nostalgia for something neither experienced nor previously desired, and enduring FOMO, it’s clear that 2022 is the year of the “pretty good” restaurant. It’s a particular kind of “pretty good,” said in a singsong tone infused with a noncommittal interrobang. Other phrases: the diplomatic “fine approaching good”; “okay!” (with that precise spelling and punctuation only); and, similarly “fine!” but only when optimistically intended. In Time Out parlance, at this moment, a “pretty good” restaurant is a low three stars. Many of the press release destinations that opened this year merit up to, but not exceeding these exclamations, and Koloman is one of them.

Communications about chef Markus Glocker’s Ace Hotel-adjacent latest where “Parisian creativity” meets “Viennese tradition” started percolating around the spring and lingered long enough to appear among fall previews. The talented, decorated Glocker, who previously led Bâtard to 50 best, Beard and Michelin recognition, launching a new spot at an address with prior proven success, attracted expected attention, as well as positive reviews since its September opening.

Previously dark with heavy wood and taxidermy in highly aughts-style as The Breslin, Koloman is brighter and breezier, like a Brooklyn brownstone renovation that strips decades’ worth of grit and grime from its bones. Its present aesthetic update harks back to the more recent twenty-teens, when it seemed like every other place was painted in beachy shades and festooned with potted plants. Though absent the time-traveling latter, surfaces gleam with bouncy lamplight, occasionally slick with what seems like food grease or speckled with crumbs at a large waiting table near the 29th Street entrance or on banquettes further back in earshot of the hotel’s Lobby Bar. Big, Narnia-like doors physically separate the erstwhile hotspot from the newcomer, though they can’t blot out the sounds of the one-time party hive wailing for its prime.

Koloman’s menu is a mix of ambitious swings and well-placed bunts with scarce home runs. The eventually-arriving, included bread basket is a nicely-executed gesture, accompanied by a wonderful dollop of weightless butter, brilliantly encrusted in a thin layer of salt to give bite to a pat.

Excellent gougères begin the priced-item lineup, which more or less starts with apps and expands to entrées. Mild bergkäse—raw-milk Austrian mountain cheese—is creamy inside the warm embrace of pillowy pastry, served three to a plate with a side of perfect, piquant horseradish spread ($15). They’re enough to dim the immediate memory of brushing that apparent detritus from an earlier party’s complementary carbs off a seat, but overpromise on the unevenness to follow. A lobster slider ($26, listed as a lobster “burger”) from the same column, for example, is satisfactory in preparation (though, context clues aside, not proportional to cost), but seems transported from a time when adding shellfish bits or truffle oil signaled little other than pedestrian luxury. Its scant side of crisp-ish potatoes aren’t bad, walking the line between wedge and steak fries, and served atop a spring time-y dip bejeweled with caviar as if by the tip of a magic wand activated once you remember the glorified garnish includes the fish eggs.

The next section’s “unique take on a classic terrine” ($25) is a tempting proposition. Its short rib and tafelspitz (Viennese boiled beef) are joined by roast beef and layered with celery root and leeks, encircled by thinly sliced carrots and drizzled with pumpkin seed oil from a small copper pot. The tender roast beef is its primary, not unpleasant flavor, maybe even reminiscent of lovingly-made second-day leftovers, but it’s pronounced enough to obscure the supporting elements in what otherwise seems like a studied, intentional dish. Whatever the finishing liquid is trying to do, the droopy carrot edge does even less. It’s over-chilled, one note aside from clotted aspic, and best avoided.

Although proving once more, even after that terrific horseradish, that condiments are not Koloman’s strong suit, the schnitzel Viennoise ($36) itself is good. Its veal surpasses most other fried foods I’ve had this year, which amounted to a micro-trend of overwhelming batter. Koloman’s contribution is prudently pounded and breaded, arriving light and golden. Neither its lingonberry nor sea buckthorn sauces are at all enriching—the former recalling the popular assembly-required furniture store; the latter too bland to recall anything—but a mist of lemon is more than what’s needed to enjoy the schnitzel, per se. Joined by a forgettable potato salad and brightly lovely cucumber medley, it’s large enough to make a main, if not explicitly situated among them.

A reasonable person might expect, after scanning what precedes, that Koloman’s fourth and penultimate menu portion, followed only by the whole roasted chicken for two ($84), would include what’s sometimes euphemized as large plates. And that tracks here, but stops short with the grilled trumpet mushrooms ($32). About five to a plate with watercress, a smattering of crushed potatoes and seemingly freezer-fresh sauce vierge, they’d be more accurately presented as a side, and a so-so one at that. It isn’t even the size that matters the most, but rather the afterthought of it all. I’ve had plenty of fantastic fungi this year, but this one is a flashback to recent years, when even the buzziest of new restaurants’ plant-based options were limited to barely-seasoned cauliflower steak to pair with, perhaps, a zero-abv drink like a seltzer and nothing.

Wisely rising to the spirit-free occasion, if not the plant-based one, Koloman does have a  “soft cocktail” offering ($15 each), plus a few non-alcoholic beer and wine options ($6-$8). Its boozier concoctions are fine, except for the ones that aren’t, underscoring my point that, in most cases, all the good cocktails already exist. Koloman’s martinis and Manhattans are squarely in the 49th percentile of the incalculable number I’ve had. Its listed “originals” are less palatable in this setting.

The Bitter Truth hits each one of its listed ingredients of Japanese whisky, Campari, apricot, cocoa, salt and cereal, really lingering on the last one. It’s Everlasting Gobstopper effect wouldn’t be out of place at a dedicated cocktail bar, but it has no business near a dinner menu, where it could be mistakenly paired with something like the pretty good duck ($49), even with the appropriately mauve sliced bird breast’s thematically congruous crispy einkorn; sometimes spun into that typical morning meal. Another person who ordered it within eyeshot left the $21 original unfinished.

Kolomon has a place high among 2022s spate of “pretty good,” “fine approaching good,” “okay” and flatly “fine” new restaurants. A fair amount of people need spendy places to take their moneyed parents. I bet it could be a decent place for a date, especially if you wish to return to not-too-far Murray Hill. And, were you within a three-block radius, there are worse places to dine. I just wouldn’t rush to the Resy notifications for this one.

Koloman is located at 16 West 29th Street. It is open for dinner Tuesday-Sunday from 5pm-11pm. 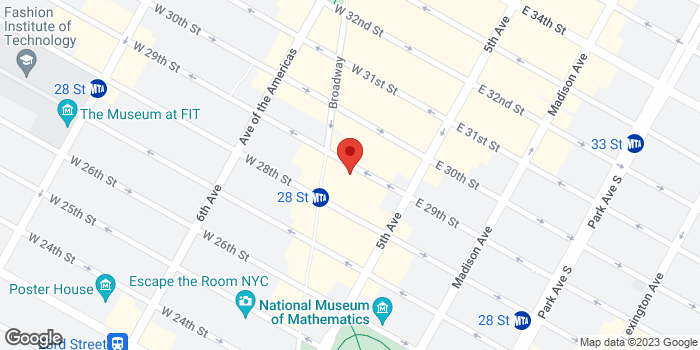