Brooklyn’s Smith Street was once considered one of the borough’s best restaurant rows, hosting highly-regarded destinations like Battersby, Saul, The Grocery and Char No. Four. Some excellent longtime staples remain, plus a few wonderful relative newcomers. But a troubling run of less great places a few years back, including a celebrity chef-backed, uncanny neighborhood restaurant facsimile with $10 Triscuits and cheese, still makes me eye new openings on the strip with caution.

Signs, and what seemed to skew queasily close to branding, for Levant started covering the northeast corner of Smith and Butler—near relatively new neighborhood favorites Leyenda and Books are Magic—when it was still warm out. A fun, Jetsons-esque font with a bright, eye-catching color scheme and rows and rows of text about the "magic of cuisine" seemed to signal the arrival of a possible chain.

Instead, it's the second venture from the owners of Verde, an Italian restaurant that opened across the street in 2009. Levant, which opened on October 14, is French. Though reservations appear abundant online, the 30-odd seat space is packed by 8pm on weekends, when even its short bar in the back gets a few people deep.

Bartenders make eight martinis in their efficient nook, though none are actually martinis. They’re mixed drinks with flavors like apple, lychee and espresso, served in cocktail glasses (all $12). The French variety’s creation ($12) is absent ties to the republic, of course, but it, and the signature Levant addition ($14), with vanilla vodka, Chambord, rose water, cranberry and pineapple juice are ultimately fun to drink, charming detours from overthought offerings elsewhere. The wine list is a little lighter on French grapes than expected, and bottles from it and other regions hover mostly in the $50s-$60s, while glasses start at $12.

Dinner begins with another throwback: A complimentary bread basket and a few mild goat cheese spheres. Hang on to the former and order the brasserie staple steak tartare ($17) that Levant makes with Wagyu beef, plus the requisite shallots, capers, mustard, hot sauce, Worcestershire and egg yolk, but absent any toast points or other dedicated vehicle. You’ll also want the crusty loaf to soak up the escargots’ ($16) delicious garlic butter. The snails themselves are among the smallest I’ve seen, but their fragrant bath is fantastic.

Levant’s lengthy menus steer the classics with a sometimes heavy hand. The duck leg confit ($28) with what’s detailed on the menu as a light jus arrives blanketed in what more closely resembles a gravy, but the meat beneath is yielding and rich. (The accompanying French fries taste curiously of faint peanut, though I’m told the kitchen uses canola and vegetable oil.) The coq au vin ($24) is also a hearty dish, Burgundy-braised to the correct tender effect, served alongside the familiar mushrooms and a pommes mousseline. A textbook beef bourguignon ($32) is also available, along with salads, pasta options and a few fish and additional chicken mains.

Along with its erstwhile designation as a premier NYC restaurant destination, Smith Street has also historically been lined with more than a few French restaurants, and stretches are even typically closed to traffic for annual Bastille Day celebrations. Levant’s early popularity is evidence that its surrounding neighborhoods are still hungry for comforting standards with reliable preparations in a charming environment.

The Vibe: Cozy, boisterous and handsomely lit with some tables squeezed close together, but with a high enough ambient noise level that your neighbors might not hear your conversation.

The Food: Classic French comfort food that stays on book.

The Drinks: Throwback cocktails like apple and espresso "martinis," plus enough wine bottles, some French, in the $50s-$60s and glasses starting at $12.

Time Out Tip: Try to swing by if you’re in the neighborhood, but make a reservation if you’re pretty sure Levant is on the agenda, as it seems to fill up with walk-ins fairly fast.

Levant is located at 223 Smith Street and is open daily from 4pm-10pm. 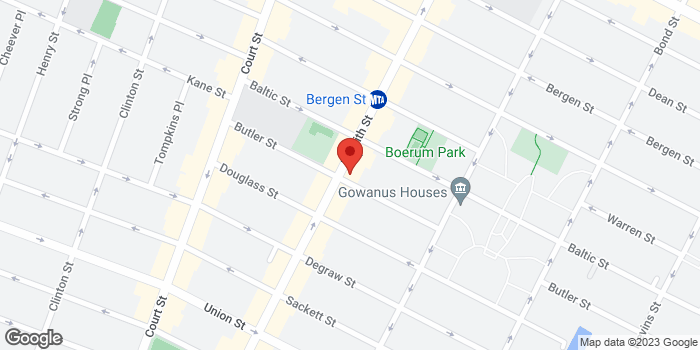