The fourth venture from a beloved Brooklyn hitmaker.

Patti Ann’s is the latest in a prudently slow-burning dynasty from the talented chef Greg Baxtrom. It follows his highly regarded seasonal ingredient bastion Olmsted, which opened in 2016, and his 2019 followup French yakitori, Maison Yaki. Both were quick to accrue accolades and the crowds that follow when they first launched, three years apart.

Nearly another three years later, but with much more distance given which three years those were, Baxtrom opened Evi’s Bäckerei with pastry chef Alex Grunert to tons of attention before it even became apparent that the shop’s pastries were as good as they are. It occupies a few hundred square feet on Vanderbilt Avenue, where all of Baxtrom’s operations collect mail. Patti Ann’s came next at the same address last month.

Olmsted tapped into the settling down of the once straightforward but eventually vexingly nebulous farm-to-table trend. Maison Yaki caught the skewer wave of 2019 right on time. Patti Ann’s official self-designation is Midwestern comfort food. (Mostaccioli . . . I haven’t heard that name in years.) It also seems to be grasping for another less-defined dining genre: The sort of so-so moneyed family spot with plain enough food to please grammom, kids and the parents who are just trying to drink it out between those loveable bookends.

The 70-seat space is schoolhouse chic and with pops of primary colors, geometric shapes and board games stacked into cubby shelves. The corner location’s large windows let a lot of light in. Its aesthetic and the less tangible atmosphere not only achieve, but exceed apparent designs on the family-friendly category. It is a happy place that seems great for those multi-generational groups. It’s so warm and sweet you might almost want to protect it. Give it a cookie. Stick a gold star on there. But the food is less successful; incongruous with the resaurant's other merits.

If you’ve heard anything about Patti Ann’s, you’ve heard about its goop and chips ($8). Well intentioned as a carefree throwback, it lands like a fun-sized flop. The goop is a mildly flavored dip with a near-whiff of onion. It would be a cute idea in another context, like how you might pin a kid’s scribble to the refrigerator. But unless you possess the unchecked confidence of P.T. Barnum, you aren’t going to slap a price tag on it.

The goop and acoutremon would be delightful as a cheap bar snack, but its small size and the gimmicky use of an iconic Chicago snack brand at the expense of the final product—the thin crisps barely hold up to the dip or even the modest weight of their own molehill as well as some other selections would—don’t sit well for the price.

A bread basket and port wine cheese ball ($12 each) are also among the nostalg-ish apps. Though neither ever disappeared from menus, the latter does evoke notions of decades past and the former will inevitably inspire the old timers at your table to muse about a time when bread was free. The pig in a blanket ($14) shines among the starters: Thick, beautiful bacon encased in a spiral of lovely, lightly gleaming golden pastry atop a shallow pond of a zippy honey mustard glaze. It is too auspicious a beginning for what follows.

“I’ve never had a duck meat loaf that I didn’t like,” I assured my friend, who’d never had the pleasure, on a recent weeknight at Patti Ann’s. And how could I have known better? Olmsted has been one of NYC’s best restaurants for years, I recommend Maison Yaki to people all the time, duck meat loaf’s always delicious—it’s basic arithmetic.

The $22 dish is coated in an unexpected color fit to match a matriarch’s lipstick kiss. A kind of waxed dusty pink. It is disquieting, even understanding the obvious ambition to zag from standard meat loaf condiments. It looks uncannily artificial. And ultimately, that cherry ketchup covering a dense, individual round loaf that could just as easily be duck, beef, or even a cultured meat, tastes artificial, too, like semi-sour red-flavored candies melted down with a little roux. It is, however, one of the more flavorful things on the menu, which also includes that Second City staple, mostaccioli ($25 with meat, $22 without), Saltine-encrusted salmon ($26) and a huge chicken fried pork chop ($28) that has a crispy surface demonstrating technical skill, but still needs a lot of lemon to taste like anything other than batter given the indistinct quality of its accompanying gravy.

The short rib pot roast with peas and carrots ($28) is the only main that hints at including a side, though the famous pairing amounts to more of a garnish. Supplements like sauteed pea shoots, fried button mushrooms and, that old crowd-pleasing classic, mashed potatoes (each $12) are available separately. The mac and greens ($14) is one of Patti Ann’s spot-on comfort food executions. Although the greens, more precisely broccoli rabe, are indistinguishable from any other, its a pleasant combination of gooey shells with a cheese pull as telegenic as an Olive Garden commercial.

There are some reasons to check out Patti Ann’s. I’d sit at the bar with blanket pig and a nice cocktail like the Manhattan-adjacent Field Trip with subtle notes of cherry and orange. Baxtrom has a devoted following who will want to experience the fourth effort from the venerable chef, regardless of what anyone says. My friend and I did. And it is an easy enough option for families willing to spend probably a little bit more than they need to for a simple dinner that nobody is going to complain is too spicy (or too anything) in a pleasant environment. It’s pretty precisely fine. I frequent a few just fine places when that's what the occasion calls for. But the idea that I’d encourage my family to spend good money here isn’t especially comforting.

The Vibe: Warm and welcoming with a bright schoolhouse aesthetic that’s great for families.

Time Out Tip: There is reportedly stroller parking outside.

Patti Ann’s is located at 570 Vanderbilt Avenue and is open Wednesday-Sunday from 5pm to 10pm. 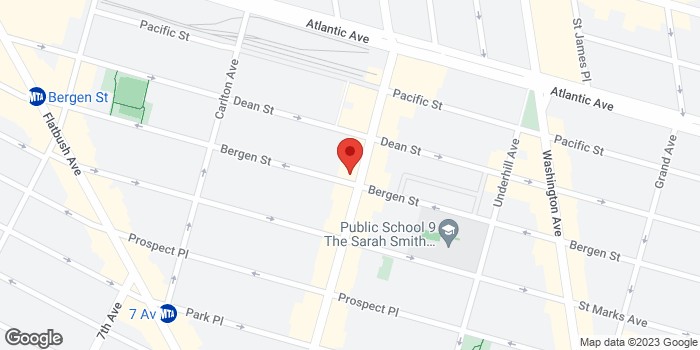