Last night at this time I was at Saga, I thought, 24 hours after riding the elevator to the 63rd floor of the Art Deco building at 70 Pine Street, ordering cocktails at its small, theatrically lit bar and stepping out onto the terrace into an unending skyline all before shattering my first course with the back of a spoon.

New York  has more than its fair share of fine dining restaurants, and some are even good, but few inspire new measures of time like Saga. Chef James Kent’s follow-up to Crown Shy, located about 1,000 feet below, bookends the original.

Crown Shy opened in early 2019 to critical acclaim and topped local and national ‘best of’ lists by the end of the year. (This wasn’t unexpected considering that Kent’s previous tenure at Eleven Madison Park helped it earn its Michelin stars and a spot on the World’s 50 Best Restaurants.) Saga was going to open the following year, which turned out to be 2020.

Many months later, it’s finally here. Saga works unlike most other restaurants. You will be charged $553.49 for a party of two before you get anywhere near the place. Its multi-course seasonal tasting menu, one welcome cocktail and an engaging, orchestrated experience cost $245 per person before additional drinks, tax and tip.

The average dinner here lasts about three-and-a-half hours and spans a few spaces. First you’re introduced to a bartender, who makes drinks with subtle variations on the classics like martinis with special vermouth blends and Manhattans with notes of brown butter and lavender. You’ll sip them on the terrace, where the view across a wide stretch of the East River to Brooklyn and beyond provides a disarming sensation of being anchored to, yet totally untethered from the city.

It’s all intended to evoke a fancy dinner party for people who are accustomed to that sort of thing, or approximate one, for those of us who aren’t. It also feels like a Hoberman sphere, expanding and contracting with your roving perspective: the relative intimacy of the twelve-seat terrace juxtaposed with infinite lights and night.

There’s no advance menu, so a server will meet you outside with a couple of questions. Recently: Wagyu ribeye or dry-aged duck, for the shared main? Continue on with cocktails, order wine by the glass, select bottles with Saga’s sommelier before you’re seated or spring for the $155 per person wine pairing for the path of least resistance?

You’re called back into one of Saga’s dining rooms at the preternaturally perfect moment. Both spaces are appointed with emerald-hued tabletops marbled like a sea storm, plush upholstered armchairs and buoyant carpet like the kind moneyed protagonists might “pad across barefoot” in a beach read.

The Ice Breaker lands first: a ballerina pink, hibiscus-based dome chilled with liquid nitrogen and surrounded by grape halves and nasturtium petals. It's solid enough to break apart with a spoon’s single tap. The resulting shards have a delicate flavor approaching herbaceous and a pleasant, cumulus texture. It piques your palate like an unfulfilled filtration later recalled as clever.

Next, the Hoberman sphere expands again with a two-tiered presentation of five bite-sized fluke preparations, the best of which layers a bit of fish, creme fraiche, smoked trout roe and lime in a fried wonton wrapper. The brittle, bursting balance  swaps clever for brilliant. The following fish egg course builds on that promise, plating wild sturgeon caviar with rich, light bonito foam and topping it with salt and vinegar potato chips. Caviar is nice, and it often comes in a tin. Saga’s delightful interpretation demonstrates that sourcing is important, but execution is crucial.

“Seasonal” denotes ongoing menu development with ingredient adjustments, new and disappearing plates and variations in the number of courses. Last week’s dinner ran nine, by a consevative count, including a kind of pre main: A rectangle of black bass with morsels of lobster, clams and scallop. Primed to peak form and combined together in a coconut bisque, it’s a culinary CV, and as excellent an entrée that many fine dining restaurants would be pleased to end on and collect acclaim. Here, more follows.

The only course hinted at earlier in the evening, the dry-aged duck is exquisitely finished two ways. Breast is roasted on the bone with an expertly rendered ribbon of fat running beneath its crisp surface before it’s sliced. Checker-piece portions of the leg get the sous vide treatment before they’re seared.

Both are fragrant with Saga’s own blend of Moroccan spices, served with a comforting kabocha squash tagine, bright chicory salad and a shortstack of m’semen should you wish to grab or wrap a vibrant mauve strip in its pliable layers. It’s an achievement, and the tasting’s most sonorous nod to the influence Kent gleaned from his father’s upbringing in Tangier. At least until a few minutes later, when you’re whisked away to another terrace for Moroccan tea service, sweet and minty and poured with a flourish.

Two dessert options, Stone Fruit (frozen nougat embedded with walnut and pistachio and filled with plum chutney) and Malt (a cookie crumble foundation, shortbread, orange sorbet, caramelized malt ice cream and blonde chocolate crowned with a thin pretzel chip) are both very grown-up confections, mild like the Ice Breaker that started the tasting. It could make sense to end on this subdued note, for Saga’s sphere to come back down to size, but instead it expands once more.

A lovely custom-made candy dish is last to land on your table; a carousel of treats filled with a dizzying assortment of housemade candies like shining chocolate caramels, strawberry pistachio bonbons and little Rice Krispies treat cubes all wrapped up like little gifts you might be inclined stuff into your pockets.

It’s fun and effervescent, and the right note to end on after a shifting whirlwind of dinner that inspires new measures of time.

The Drinks: The cocktails are nice, but one is included with dinner and you can try similar offerings upstairs at the adjoining bar, Overstory without the automatic $245 per-person buy-in. This is the rare occasion where I’d recommend the wine pairing instead, beautifully curated by wine director Kristen Goceljak.

Time Out Tip: I guess there’s still a huge market for bonkers expensive restaurants in NYC, because reservations are booked clear through the coming weeks. Resy alerts came through for this one. 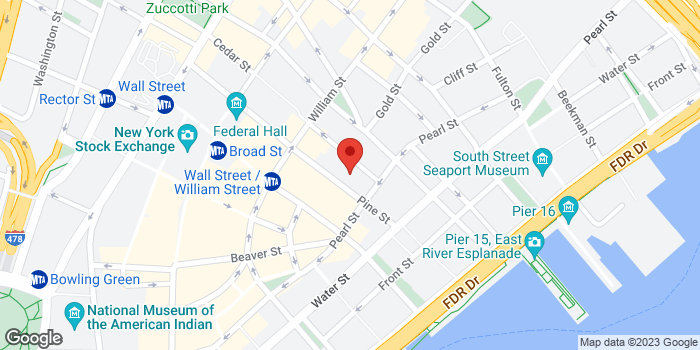