Why they’re single:
Sarah: She doesn’t really prioritize dating, but all her friends are in relationships.
Sam: He can’t really find the energy to date.

First impression
Sarah: “He seemed like he was kind of nervous, and he was talking really fast right off the bat. It was pretty clear early on that there wouldn’t really be any connection.”
Sam: “The night started off with her being late, but she called the restaurant, which I thought was considerate. I thought she was cool, but she wasn’t really my type.”

Chemistry
Sarah: “He told a lot of stories—a lot of stories you probably shouldn’t tell on a first date, like how he’s racked up speeding tickets, hated school and never dates.”
Sam: “I think I may have talked too much, but it didn’t seem like we had much in common. I know how it feels when you get that spark, but it wasn’t really there. I’m not a bullshitter.”

Awkward Moment
Sarah: “We both had Project (Red) iPhones, so I brought it up. He thought it was for breast cancer. And at one point, he just got up from the table and left without saying anything.”
Sam: “I could tell by the look on her face that she wasn’t into it when I said I just like to play Xbox and chill and work out. She was more into going out on weekends and stuff.”

Afterward
Sarah: “He pulled out his wallet to leave a tip, and it was just a folded-up piece of paper with cards inside. He was like, ‘Oh, I lost my wallet.’ After that, we walked to the subway.”
Sam: “We rode the train for a few stops and then said goodbye. She didn’t ask for my number. I was like, ‘See you!’ But we live in New York, so I probably won’t see her.”

Verdict
Sarah: ♥ “Overall, I don’t think we were a good match. I was a little disappointed in his lack of enthusiasm. I’m gonna chalk this one up as a crazy experience.”
Sam: ♥♥♥ “She didn’t like that I’m kind of lazy, she didn’t like that I smoke weed, and she thought my friends were a little weird. But, all in all, it wasn’t a bad thing.” 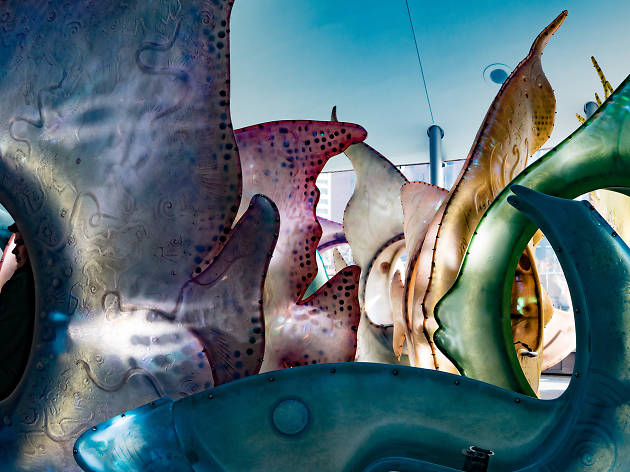 If your date doesn’t love enormous LED-luminescent starfish, then you know it’s a deal-breaker. This kaleidoscopic ocean-inspired experience only costs you five bucks, and it will ensure you’re both in a great mood for a Battery Park picnic afterward. 10am–6pm. 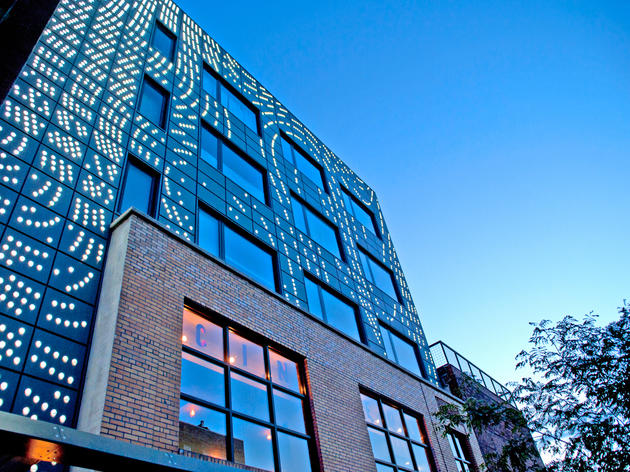 If you’re too nervous to make first-date conversation, just don’t bother! With cushy seats and a stacked menu served to you during the movie, Nitehawk condenses “dinner and a movie” into one seamless event. Niche favorites like In Bruges, Ginger Snaps and Princess Mononoke ensure a game audience and let you gauge your date’s taste. 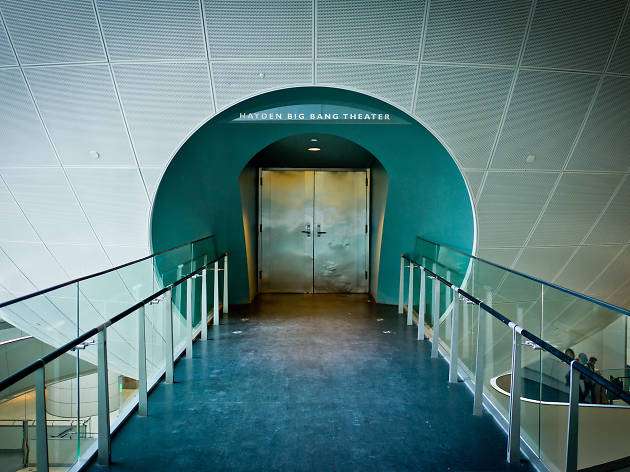 Escape the anxiety-inducing horrors of dinner reservations, cab rides and theater tickets and head out under the stars in the Hayden Planetarium for a perfect romantic night. While you gaze at the unfolding cosmos during Neil deGrasse Tyson’s marvelous show, sneak a few furtive peeks at each other. 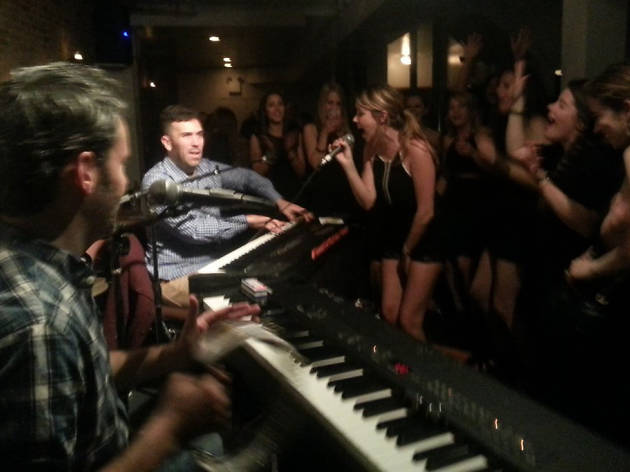 The insane (and insanely talented) performers at this rowdy dueling-piano show at Grand Morsi expect audience members who want to sing, dance and scream for their favorite classics. Get ready to throw caution to the wind and head out for a wild and raucous time. 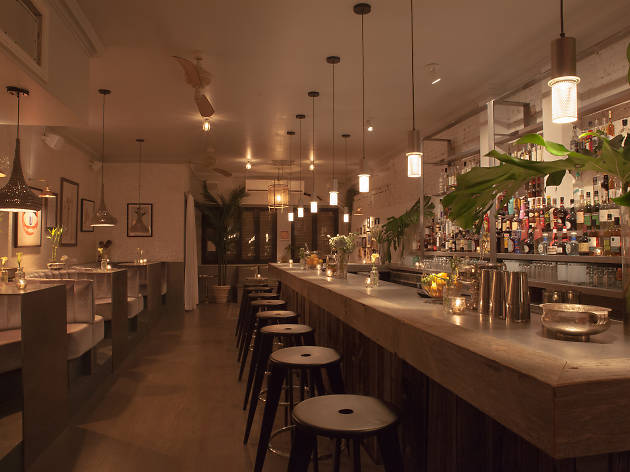 The Garret East provides you with an excellent opportunity to impress your date. You can bring your own classy records (yeah, you have a record player, natch) and show the crowd how it’s done at this chill hipster-jukebox night. Just leave your Phantom of the Opera OBC vinyl at home, at least for the first round. 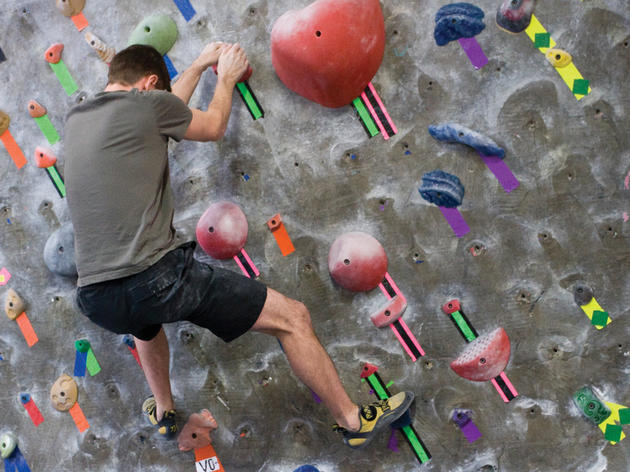 Rather than guess at each other’s measurements under clunky coats, strip down and show off your muscles while learning to rely on each other up high on a towering wall. Choose one of the special cider or beer-tasting nights to give yourselves a satisfying reward for your bonding efforts. 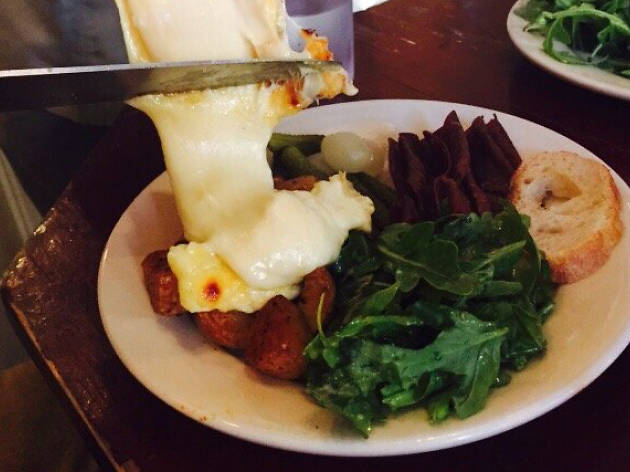 No need for a movie or a show after dinner here; you’ll have all the spectacle you can handle for one night at this legendary cheese restaurant. Waiters will carve heated, dripping blocks of gooey Swiss raclette cheese onto your full dish of potatoes and arugula salad while you and your date watch in astonishment. Even if you don’t hit it off, you’ll have had a legendary dinner and your Instagram will be in great shape. 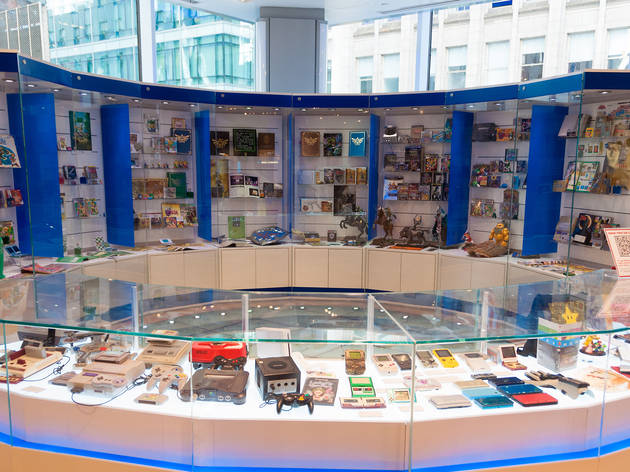 Any child of the ’90s can attest that the best way to get to know people is over several (dozen) rounds of Mario Kart. So step off the couch and show your date a free night of fun as you play games on the brand-new store’s colossal 15-foot screen, reminisce about your favorite childhood games and bond over favorite Nintendo characters from Link to Princess Peach. 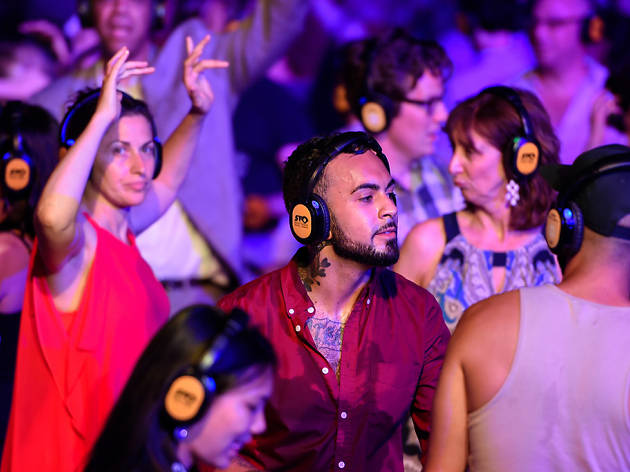 If you’re too intimidated to participate in small talk, strap on a set of headphones and get to know each other on the dance floor, with nobody but the DJ to show you the way. NYC has an endless supply of silent discos—or headphone parties—in museums, clubs and even cemeteries. Check out Lincoln Center Local: Silent Disco, The Guggenheim’s Art After Dark series or Quiet Clubbing to find upcoming events. 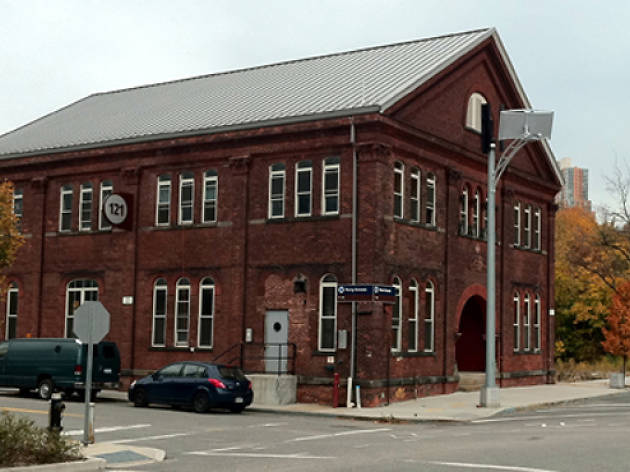 Don’t be tempted to ease those first-date jitters by tossing back a few shots beforehand. Instead, tour this Brooklyn Navy Yard distillery and tasting room to imbibe some liquid courage with your date. You’ll learn the history and science behind whiskey and get to sample some of their inventive alcohols, like chocolate whiskey, peated bourbon and strawberry-ginger moonshine.