When it comes to naming the best Broadway songs of all time, we could make a list ten times as big as this one and still not satisfy many aficionados. Let’s face it: Favorite show tunes are highly subjective. With that in mind, we've come up with these 50 tracks. The resulting lineup is a mix of classic musical-theater numbers from 1927 through 2015. A few come from cast recordings of the 21st century; others are from shows that swept the Tony Awards decades ago. We've tried to go broad, with a deliberate balance of obvious and less-obvious choices and a desire to mix it up in terms of style. We gave ourselves a few basic guidelines: Only one song per musical was allowed, and we have not included many Great American Songbook standards that technically debuted in Broadway musicals, in the 1920s through the 1940s, but have largely been forgotten as Broadway songs. Unless you’re Broadway geek, many of these titles may be far less familiar to you than, say, the entries on our best party songs roundup. But maybe you’re not going to the right parties.

Best Broadway songs of all time 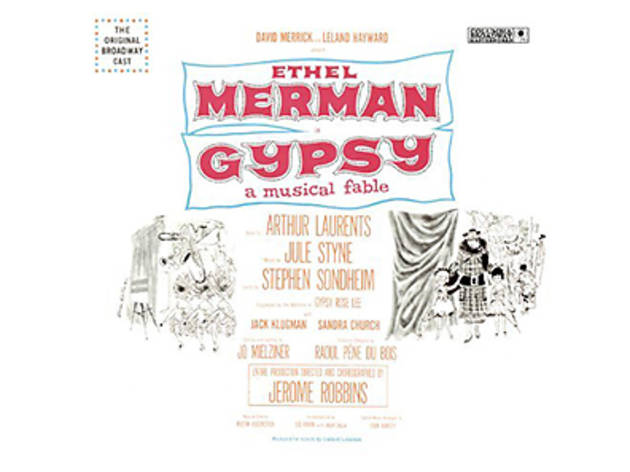 Throughout Gypsy, Mama Rose has pushed her children to be stars, even if it meant pushing them away from her. But in the show’s shattering climactic number, she finally takes center stage herself, if only in her mind. Built from fragments of prior songs in Jule Styne and Stephen Sondheim’s classic score, this musical nervous breakdown—created by Sondheim and director Jerome Robbins in an inspired three-hour improvisation—takes Rose apart and reassembles the pieces into a sad and scary portrait of thwarted drive; the strenuous optimism of “Everything’s Coming Up Roses,” her first-act finale, twists into the unquenchable need of “everything coming up Rose’s.” It’s a feast for actors; no wonder the top leading ladies of their generations, from Ethel Merman and Angela Lansbury through Bernadette Peters and Patti LuPone, have yearned to take their turns at it. As often as it’s been wrung out, the song remains inexhaustible.—Adam Feldman 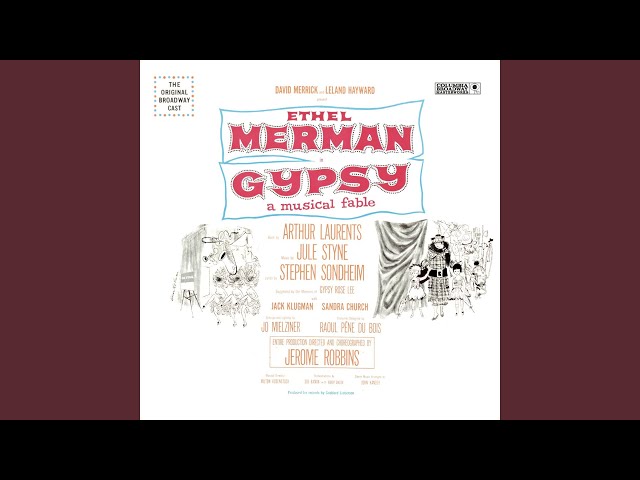 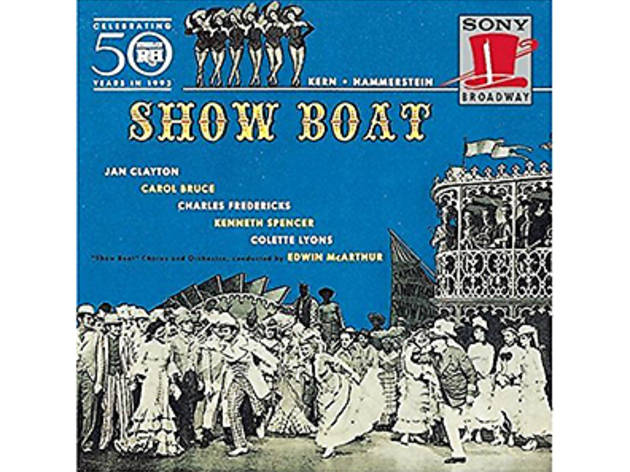 Jerome Kern and Oscar Hammerstein II’s Show Boat was a prototype for the “integrated” musical that Hammerstein would later popularize with Richard Rodgers, and it also dealt centrally with the question of racial integration. In “Ol’ Man River,” an African-American stevedore named Joe contrasts the travails of poor black workers with the indifference of the Mississippi River: "I get weary and sick of trying / I'm tired of living and scared of dying / But Ol’ Man River, he just keeps rolling along." Sung by a bass—rare for Broadway songs—the song has a rumbling gravity, as Kern’s stately music rises and falls like the swell and recession of water. The effect is at once tragic and soothing: It offers a cosmic perspective on the ups and downs of all the characters connected to the musical’s titular riverboat, tossed on the waves of fortune.—Adam Feldman 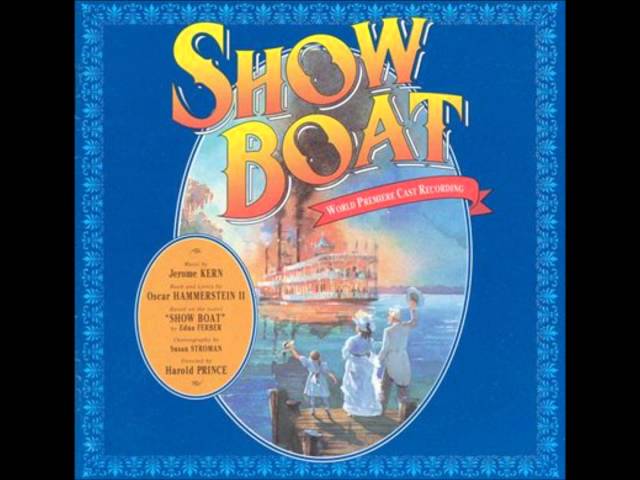 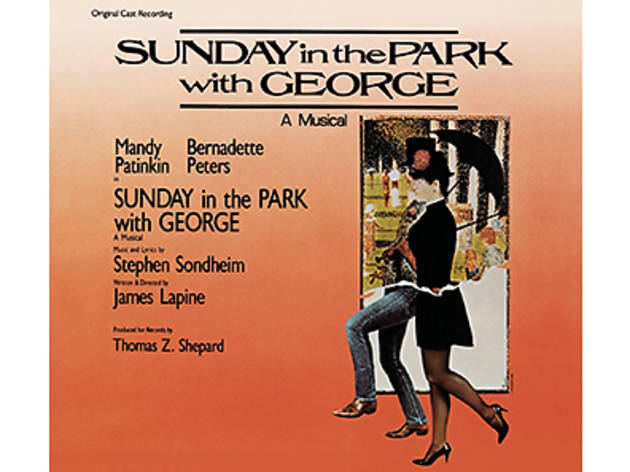 The tune so good Sondheim named his books after it. From seeing Sunday in the Park with George, you know that this moody inner monologue is delivered by the Impressionist painter Georges Seurat as he leaves through his sketchbook and broods on the estrangement of his lover and model, Dot. “Finishing the Hat” is a proud but ultimately pained admission of emotional limits: how the true artist looks at life clinically and formally, missing out on love, perhaps, while seeing so much more. Sondheim expresses George’s obsessive pursuit of pointillist perfection through arpeggiating musical phrases and repeated lyrics: vamping as metaphor for pigmented dots. More than just a portrait of a romantically challenged hero, the song speaks to anyone who’s had trouble connecting or bonding with a lover.—David Cote 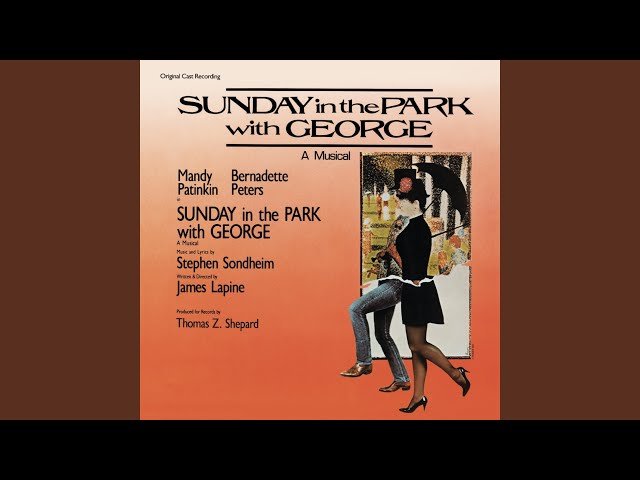 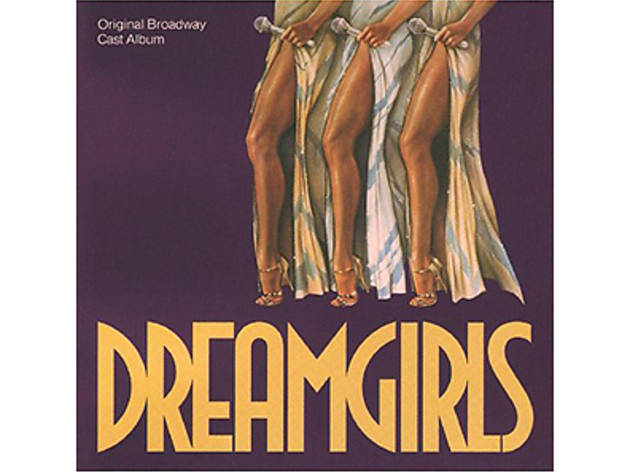 Even the title is too much. Look how it goes on, awkwardly long, as though refusing to go away. This is the big Broadway song, perhaps the biggest: the one that just won’t quit. Effie White has been rejected by her lover and her Motown-style girl group, but she’s not too proud to beg. The lower she sinks into abjection, she higher she climbs up this mountain of a solo: Henry Krieger’s music pushes her to soul extremes (maximized by original Effie Jennifer Holliday), while Tom Eyen’s lyrics lay her heart out to be trampled. “You’re going to love me,” she insists, and even after she has been left alone onstage, she keeps repeating this futile demand in an aria of denial now sung to no one at all—except, perhaps, to her dressing-room mirror, and to us.—Adam Feldman 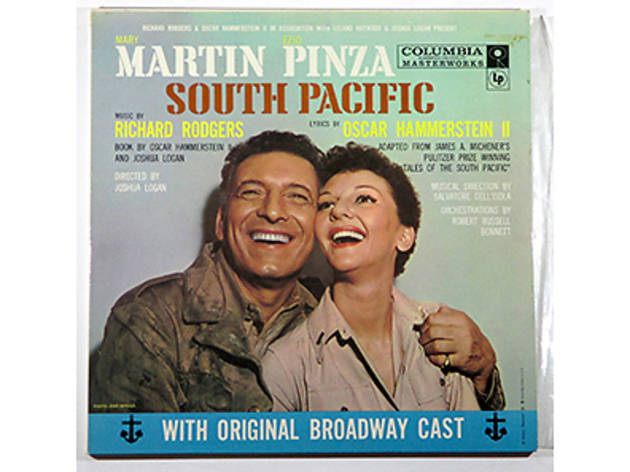 Good music is onomatopoeia in reverse: sound formed from, and hence transmitting, meaning. That’s certainly the case with this swoony mini-aria, which wraps a pro forma romantic message in a creamy musical envelope; even without Hammerstein’s lyrics, typically delivered by an operatic baritone with a heavy European accent, Rodgers’s tune conjures ephemeral intoxication. And lest this song’s stand-alone hit status and oddly speculative second-person voice (“You may see a stranger”) make us forget: When this love bomb drops in South Pacific’s first scene, it effectively functions as a marriage proposal. Who says no to that?—Rob Weinert-Kendt 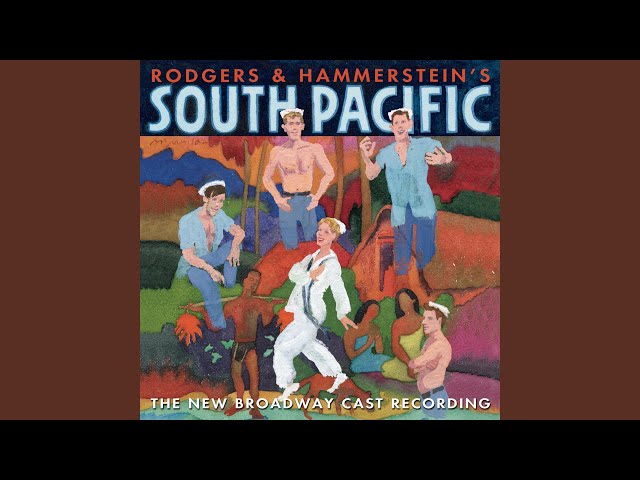 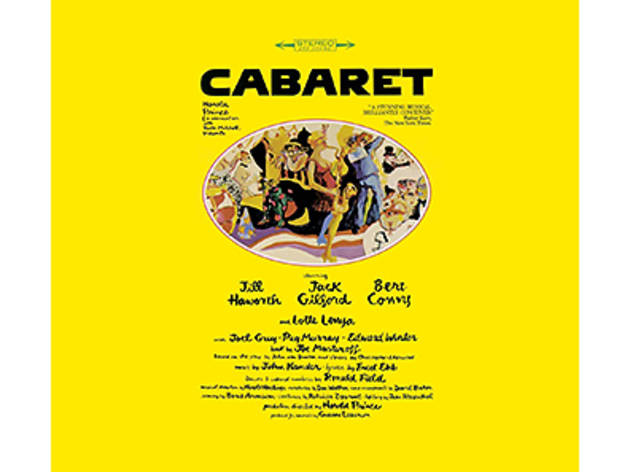 The seductively upbeat title song of Cabaret exhorts listeners to loosen up, get down, live a little. It seems like fun, but there’s a catch: Sung late in the show by chanteuse and would-be star Sally Bowles in the waning years of Weimar Germany, John Kander and Fred Ebb's song is weighted with irony and pathos. Celebration (“life is a cabaret, old chum”) slips into nihilism (“it’s only a cabaret, old chum”) as Sally—in a frantic rush of showbiz delusion—commits herself to a blind, headlong hedonism that refuses to take anyone seriously, especially herself, even as the Nazi tide rises to her neck.—Adam Feldman 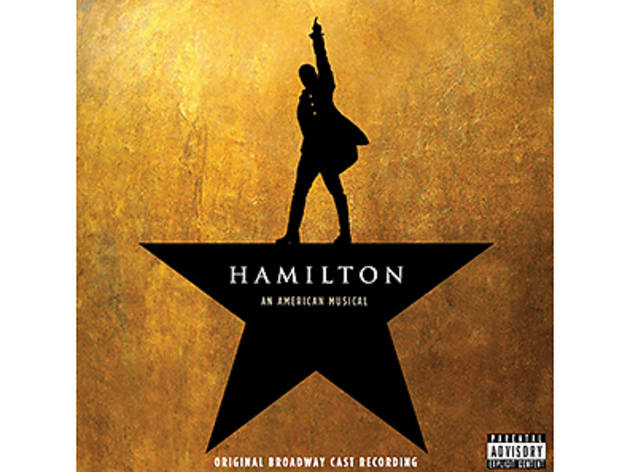 There are many structurally ingenious songs in the astounding score of Lin-Manuel Miranda's Hamilton—picking one was not easy—but “Satisfied” is particularly impressive. Sung by Angelica Schuyler (Renée Elise Goldsberry in the original cast), whose sister marries the title character, it’s a story told in flashback: The lyric is bookended by Angelica toasting the bride and groom on their wedding day, but rewinds to the day she introduced them to each other. Only the audience is privy to Angelica’s inner calculation and regret that she cannot pursue the man she loves. On the show's cast album, produced by QuestLove, the fantastic sound layering and balance of FX versus instruments allow you to dive inside a mind at war with itself. In a musical about ambition, genius and downfall, this song dramatizes with pulse-pounding immediacy a woman throwing away her shot.—David Cote 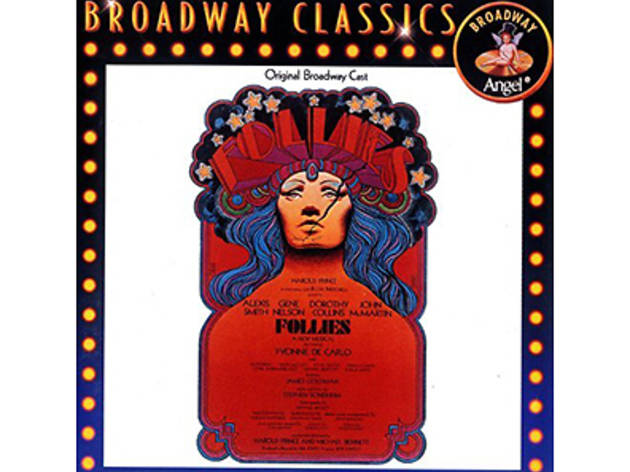 In Finishing the Hat, Stephen Sondheim modestly describes this trembling torch song as “less an homage to, than a theft of” George Gershwin’s “The Man I Love.” Even so, it has become one of his best-loved and most concertized tunes. While the melody is definitely reminiscent of Tin Pan Alley pop standards, the lyric is a masterpiece of psychological probing and terse, imagistic writing. In 26 lines of 109 words, Sondheim guides us through a day in the life of Sally Durant, former Follies girl, now middle-aged and unhappily married. Verse by verse, we go from morning to afternoon and evening, each phase a snapshot of depression so deep she’s paralyzed: “Sometimes I stand / In the middle of the floor, / Not going left, / Not going right.” The madness simile in the lyric is drama-queen hyperbole; Sally is romantically deluded, but not clinically insane. Still, for anyone who has suffered obsessive love or self-loathing, the song is unbearably raw. No surprise that generations of fans have lost their head over it.—David Cote 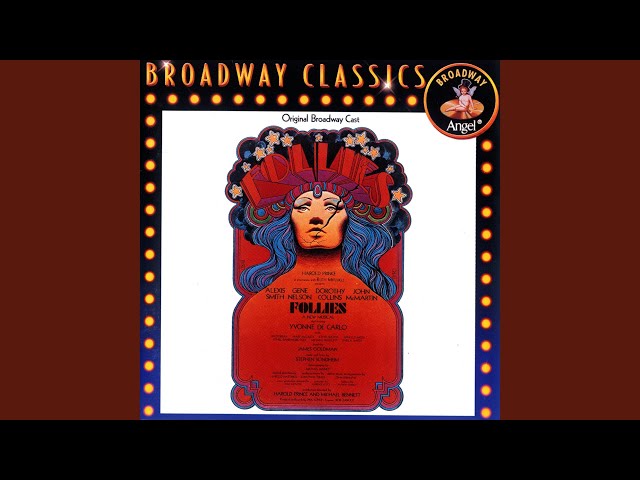 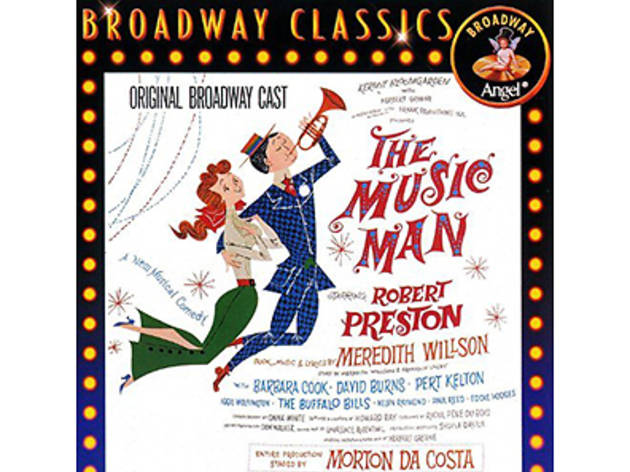 Pundits have called this freeform, tongue-twisting sermon a precursor of rap. It was declaimed in The Music Man by con man Harold Hill, a huckster who rolls into an Iowa hick town in 1912 with a scheme to rob it blind. He warns adults that their kids are turning into street-tough “cigarette fiends”—and that only by paying him to form a marching band can morality be saved. In his Tony-winning performance, preserved in the 1962 film, Robert Preston delivered this daredevil piece as nimbly as a racecar champ on a collision course.—James Gavin 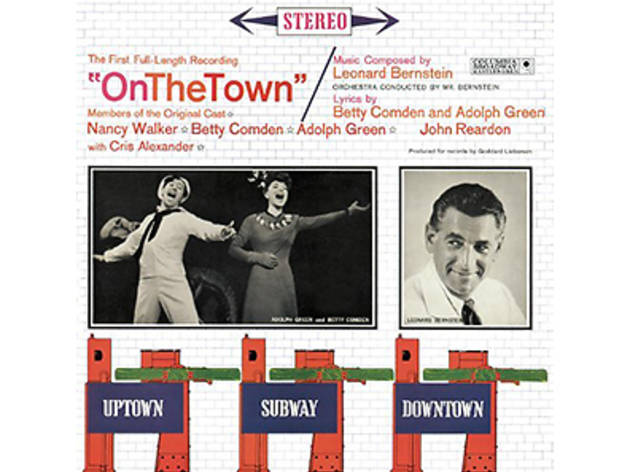 After “I’ll Be Seeing You,” the most poignant of World War II goodbye songs might well be “Some Other Time.” It comes from On the Town, a madcap musical about three sailors on 24-hour shore leave in Manhattan. Once the hijinks end, two of the men and their short-term sweethearts look sadly at the clock and sing this ballad, written by Leonard Bernstein and Betty Comden and Adolph Green. Its message is eternal: “When you’re in love, time is precious stuff / Even a lifetime isn’t enough.”—James Gavin 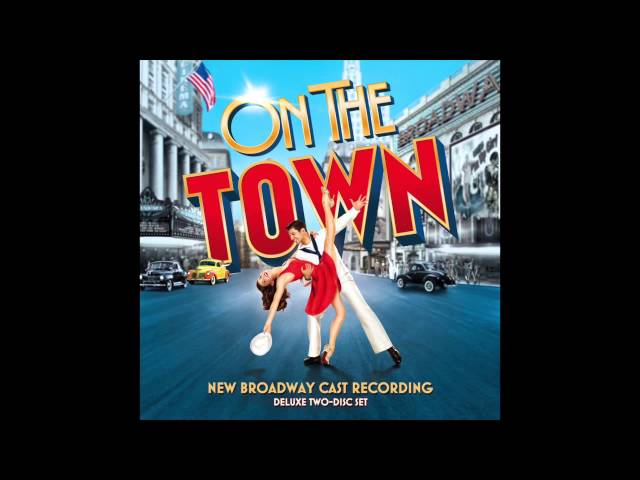 Listen to the best Broadway songs on Spotify