Theater, Experimental
Recommended
4 out of 5 stars 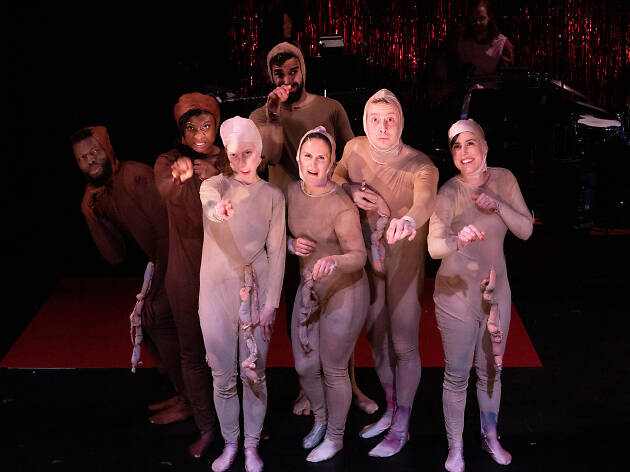 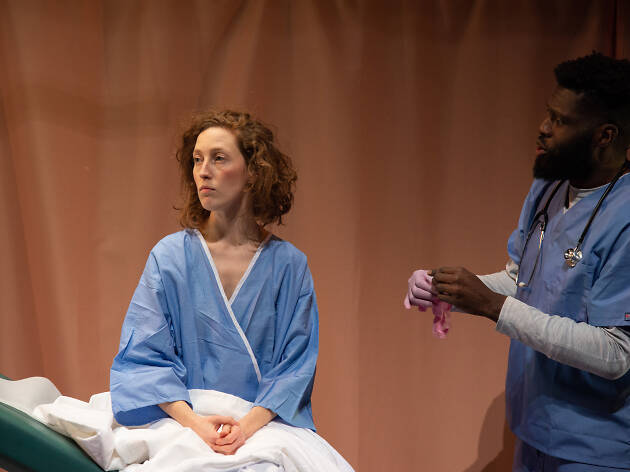 At The Appointment, fetuses get in your face. With goo-goo eyes, cutesy voices and dangling umbilical cords, they sing to you, flirt with you and even demand your snacks. It's so ridiculous you can't help laughing, but there's a palpable unease underneath. Those expecting straightforward pro-choice messages may wrestle with intense feelings as they watch this satirical musical, a feverish explosion of the abortion debate that replaces rigid political views with a visceral exploration of the emotions that fuel both sides.

Buoyantly directed by Eva Steinmetz, The Appointment is a devised theater piece from Lightning Rod Special, the Philadelphia outfit behind the incendiary Underground Railroad Game. Discomfort is their calling card, but in service of discovery, not only shock. A collection of scenes and songs that touch on reproductive rights, The Appointment uses absurdity as connective tissue: The all-male staff of a clinic serenades patients with abortion-regret stories, as required by law; a soothsaying turkey disrupts a family Thanksgiving dinner; the fetuses, who just want to entertain you, keep getting yanked offstage by a vaudevillian hook that looks unsettlingly like the top of a hanger.

When they’re playing those fetuses, the seven performers are consummate clowns who know how to manage the crowd, even when some of the interactive bits skid off-track. (They ably belt out Alex Bechtel's catchy tunes, too; you may find yourself clapping happily along to an ironic anthem called "Rip Me Out.") But they also draw you into the show’s less heightened moments. As a woman seeking to terminate her pregnancy, lead writer Alice Yorke calmly navigates the enraging red tape that surrounds reproductive care in red states. "I'm not a fable, or a cautionary tale,” she and the cast’s other women sing in the evening's most forthright moment. “I'm not a symbol or hashtag, or a saint. I'm not every woman. I don't even want to be."

Most of The Appointment is open to interpretation, presumably intentionally; in the 24 hours since I saw the show (the mandatory waiting period for abortion in some states), I've developed theories about various parts of it. But although it jolts and excites discussion, its silent finale cuts through the noise. For me, it served as a powerful reminder that having an abortion doesn't define a woman. She’s not a villain, a slut or even necessarily a feminist: just someone making a personal—and, for now, legal—choice.