Hey, girl, are you looking to meet new people in NYC? You should consider joining a women’s group. NYC has several all-female clans that are on the rise right now, so we asked Time Out New York editors to volunteer and join the newest femme-focused ensembles in the city. The results were unanimous: These groups are badass! Whether you’re interested in building life-long friendships, networking with women in a different field, fighting the patriarchy or learning from inspiring female entrepreneurs, there’s an amazing women’s group here for you, babe. When you don’t feel like looking for things to do alone, go out and find your local girl gang! 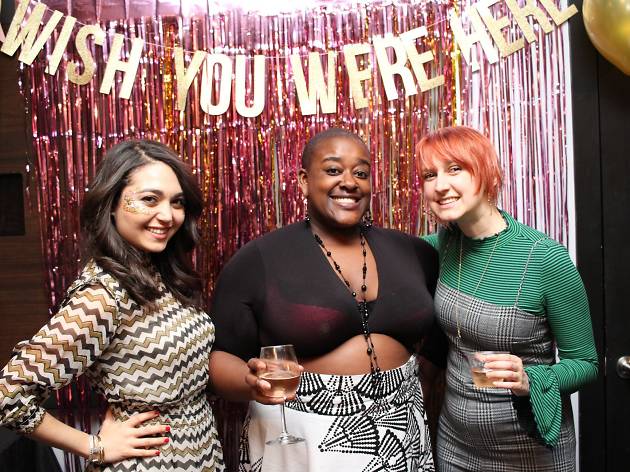 Joining the Camaraderie is what I imagine it’s like to pledge a sorority—but without all the drama or hazing. During my first meet-up, I walked into a skylight-topped penthouse in midtown and was immediately handed a glass of Whispering Angel rosé and greeted by the collective’s founder, 25-year-old Australian transplant Jane Taylor, whose group is all about fostering fun friendships. (Think the bonds made at grade-school sleepovers.) At each late-night mixer—or “happy place,” as the group calls it—women go hard on gratis wine and chow down on Insomnia cookies and, best of all, listen to empowering guest speakers such as Lolly Galvin, the creator of the homeless initiative Dignity Project. (Like all of the groups we highlight in this roundup, trans and nonbinary attendees are welcome to join.) Events range from backstage tours of Broadway shows to DIY essential oils classes and dance-yoga getdowns. Cool stuff, for sure, but the real sell of it is being able to connect with ambitious women who are going through the same struggles, insecurities and fears as you. To be honest, I kind of wanted to bail last-minute after R.S.V.P.’ing. But my fears about being too shy were quickly assuaged by these badass young women, and yep, I am indeed able to find my happy place.—Jennifer Picht. Various locations (thecamaraderienyc.com). Monthly membership $29, events $25–$50. For more information, visit thecamaraderienyc.com/application. 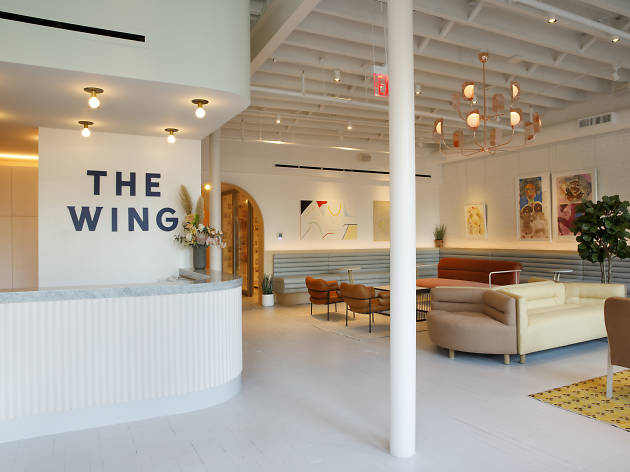 Audrey Gelman and Lauren Kassan (cofounders of the Wing, a networking space for women) speak in unison about the past 12 months: “It was a big year!” And so it was, not only for them but also for women around the globe. In that spirit, the duo has created a much-needed home base where New Yorkers can band together during what Gelman calls “a female renaissance.” The pair launched their Flatiron social club (45 E 20th St) in October 2016. A year later, the New York natives opened a second spot in Soho (52 Mercer St); hosted a public retail market with 30 female-owned businesses; and launched a biannual feminist zine, No Man’s Land. Each of their spaces boasts multipurpose lounges (featuring showers and nap rooms!), and members get to attend cool gratis events like a recent Lady Bird screening and Q&A with Greta Gerwig. (The waiting list for membership is 8,000 ladies long.) But the main draw is that the club allows New York women and nonbinary individuals of all professions and backgrounds to connect and foster friendships with others in their early twenties to their seventies. “We make sure we have a really dynamic group of women who might not necessarily get to meet outside of our walls,” says Kassan. —Jennifer Picht. Various locations (the-wing.com). Membership: Single location $215 montly, All access $250 monthly. For more information, visit the-wing.com/memberships. 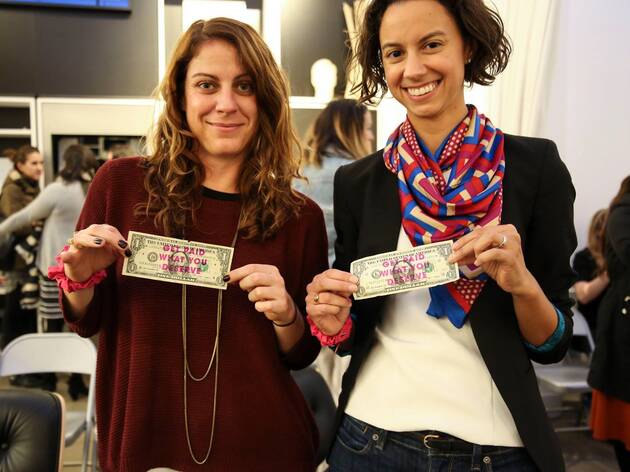 “Am I at the right place?” I asked upon arrival at Awesome, a fifth-floor loft space at Canal Street and Broadway. The power was unwittingly out, but yes, squinting in the darkness, I made out a group of about 40 women, lit only by lanterns and mini ashlights, a multigenerational mix spanning twentysomethings and Baby Boomers with knitting needles. This quasi-séance was a workshop held by Ladies Get Paid, which was launched seven months ago by Claire Wasserman and hosts open-to- the-public gatherings (both IRL and online) on topics ranging from salary negotiations to “how to give less fucks.” This night in particular targeted how to remain politically active in the months following the Women’s March. The panel—led by Rally+Rise founder Rebecca Davis, WIN.NYC co-chair Monica F. Guerra and Alessandra Biaggi, the former deputy national operations director for Hillary Clinton’s campaign—offered readily accessible, real-world strategies for activism on the city, state and federal levels. “Who knows who their state senator is?” Davis questioned the group. Only a few hands went up. By the end of it, though, the women not only knew who their reps are but also how to effectively reach out to them, from attending community-board meetings to tracking down Mayor de Blasio in person. “We’re bringing light into a dark time,” Biaggi joked about the power outage. Based on what I gleaned here, she isn’t wrong.—Christina Izzo. Various locations (ladiesgetpaid.com). Membership free, town halls $15, workshops $20, webinars $25–$200. For more information, visit ladiesgetpaid.com/join. 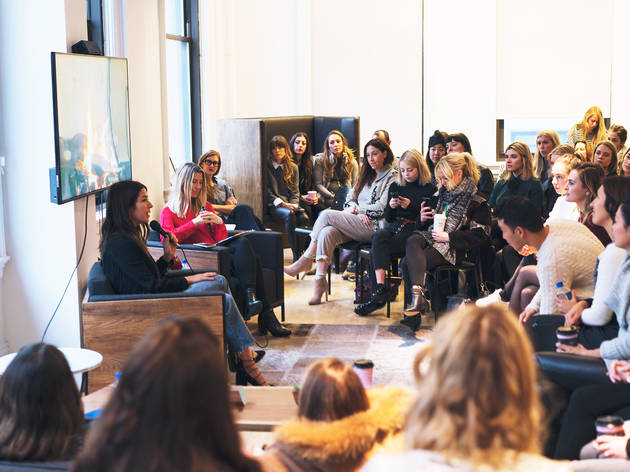 Dozens of finely dressed, balayaged women lined up under the pink neon lights of the Fifth Avenue shop Lou & Grey, waiting to hear literary influencers Emma Straub and Amelia Diamond delineate their careers, dreams and failures in a frank panel discussion with Amy Woodside, the founder of OKREAL. The live interviews, stocked with canned rosé and finger-food desserts (served by suited-up men), were just one of four main components of the Instagrammable girl-power brand. OKREAL originated in 2014 and took its initial form as a website created by the New Zealand expat, who was at a crossroads in her career. Since then, it’s morphed into a one-stop shop for career-oriented gals. In addition to panels like the one I attended, Woodside holds mentor circles, cherry-picking seven women she thinks will be beneficial to each other; runs a sort of vocational group- therapy session over breakfast and coffee on Saturday mornings; and meets with women one-on-one, devoting her laser-focused attention to help clients achieve their career goals. The result, she hopes, is a new sense of empowerment and a support group that will last far longer than each session’s three-and-a-half hours. Hear, hear.—Alyson Penn. Various locations (okreal.co). Events free, group sessions $95. For more information, email hey@okreal.co. 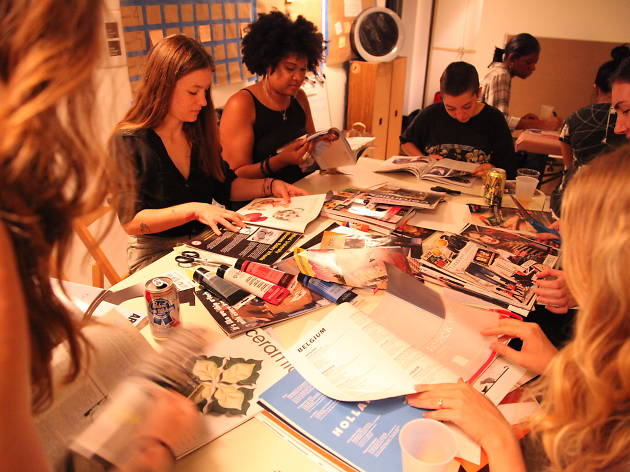 This is not the first womancentric venture from Melissa Wong and Sandra Hong, who unveiled New Women Space in East Williamsburg six months ago. Wong had created Up Speak, a goal-setting workshop series for women, and Hong had developed GIRL PARTY, which brings women together in “unconventional” gatherings. So it was a natural progression that the two would open a physical community space for the world’s better half. I found myself in the 2,100-square-foot spot, with 10 others, for an event thrown by It’s Not Personal, a female-identifying dating collective that helps ladies process their romantic relationships. Though at first I was unsure how discussing dating leads to self-empowerment, I was soon put at ease, comfortably sharing my past experiences—while creating colorful collages, no less—with complete strangers.—Jaime Brockway. 188 Woodpoint Rd, Brooklyn (newwomenspace.com). Events $5–$25. For more information, email hello@newwomenspace.com. 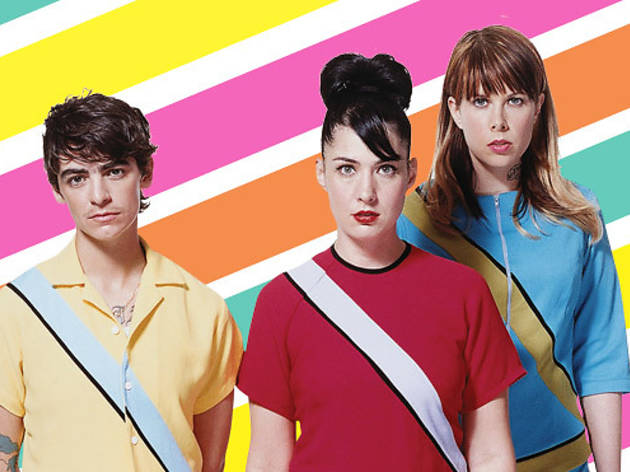 Crank up these feminist songs by powerful ladies—and, fine, a couple of gents, too—including Aretha Franklin and more