Fans of Tim Burton’s The Nightmare Before Christmas are in for a real treat—and it’s not leftover Halloween candy or Christmas cookies. Watch the cultish, multiholiday film while listening to live performances from original cast members Catherine O’Hara (Sally), Ken Page (Oogie Boogie) and the Pumpkin King himself—Danny Elfman. It's certainly going to be one of the best NYC concerts in December, so get your tickets now! We spoke to the film composer about resurrecting the 1993 flick and how it feels to sing cherished tunes like “This Is Halloween” in front of a full theater, including how he got his start in scoring films.

Tim Burton’s The Nightmare Before Christmas In Concert is at Barclays Center Wed 6 and Thu 7 at 8pm (barclayscenter.com). $35–$300.

You used to front a rock band, Oingo Boingo, but your collaboration with director Tim Burton—particularly on Pee-wee's Big Adventure, Beetlejuice and Batman—was your transition into movie scoring. What were you missing in your pop-star life that made you want to go orchestral?
I was definitely in a place where I was looking for something else on a cosmic level. I didn’t know what it was. When Pee-wee’s Big Adventure dropped into my lap, it never occurred to me to try and do orchestral scores and films. I was not pursuing it because I didn’t think I was qualified or equipped enough.

Was there an intimidation factor there or did you feel like you had to “prove” yourself?
In the beginning, I just didn’t give a shit. I figured [scoring] was going to be a great learning experience, and that Warner Brothers would listen to the score and just toss it. The fact that they didn’t was a surprise. Suddenly I had a zillion requests for films—mostly any quirky comedy made after 1985. I would try to work two films in a year around my schedule with the band as best I could. It was around the time of Batman when I realized that maybe I could actually do this.

When you compose, what comes first? The idea from a script, or the melody? Or is it imagery?
I learned something while working on BeetleJuice. They sent me the script, and I tried writing down ideas I thought applied. By the end of Beetlejuice, I realized none of those made it into the movie! So I started taking an opposite approach. The first time I would watch the director’s cut of the film, I would try to blank out any preconceived ideas. The script will tell you what kind of movie it is, but it doesn’t necessarily tell you about the tone of the film. Tim Burton’s tone was not yet well-defined [at the time], so I couldn’t second-guess anything. The performances are going to reveal a lot. I didn’t know that Michael Keaton was going to play Betelgeuse the way he did, or that he was going to be so zany.

The Nightmare Before Christmas is such a beloved film, and it’s gaining even more hype with Disney’s live, orchestral revival. Why do you think that is?
Nightmare wasn’t successful when it first came out. Disney didn’t know what it was. No one understood it. They did one preview for kids, and it turned out disastrously. I was in Tokyo working on Charlie and the Chocolate Factory years later, and I remember going to toy stores and seeing all these Jack and Sally dolls. I even found out there was a The Nightmare Before Christmas-themed club in Tokyo. There really is this growing cult around the film. To their credit, Disney picked up on this, and so they started re-releasing the movie. I remember feeling so grateful because not a lot of movies get a second chance.

What’s your connection like with Jack Skellington?
I grew very attached to the characters while writing the lyrics [for The Nightmare Before Christmas]. I wrote from a perspective of someone who, like Jack, gets really eager about stuff. I sometimes get ideas that aren’t always the best, then pursue them very vigorously and fall on my face. I fuck up with great vigor. So I modeled Jack as myself. I love his schizophrenic nature. Make no mistake, Jack Skellington was created by Tim [Burton], but I tried to possess him in my own way.

Were you nervous to reprise the vocal role for a live audience?
I never would have imagined doing this in a million years. I’ve always felt like a writer who performs, not a performer who writes. Five years ago, I was asked to sing during an Elfman/Burton retrospective in London. Standing backstage, I felt paralyzed. Helena Bonham Carter saw me and sensed I was freaking out (she was going to sing Sally’s part during our duet). She said to me, “Danny. Come on, man, fuck it!” Those words have been the story of my life! I walked out there, and it was probably one of the highest moments of my life.

Were you excited to work with Catherine O’Hara and Ken Page again?
Interacting with Catherine is so wonderful. I find myself getting teary at the end of our duet together because we did this 25 years ago, and here we are. And Ken—he hasn’t lost anything. He is a consummate showman and professional. It really does feel like a family reunion.

Are you getting the itch to continue performing live more frequently?
[Nightmare] is difficult to put on, and a whole cast needs to be brought in. Some of the singers onstage are also from the original score. But these shows have been spaced out well enough that they haven’t gotten old for me. I don’t know how long I want to do this. It’s fun for now. But before I stop, I said that I definitely need to take the show to New York. It’s my second home. 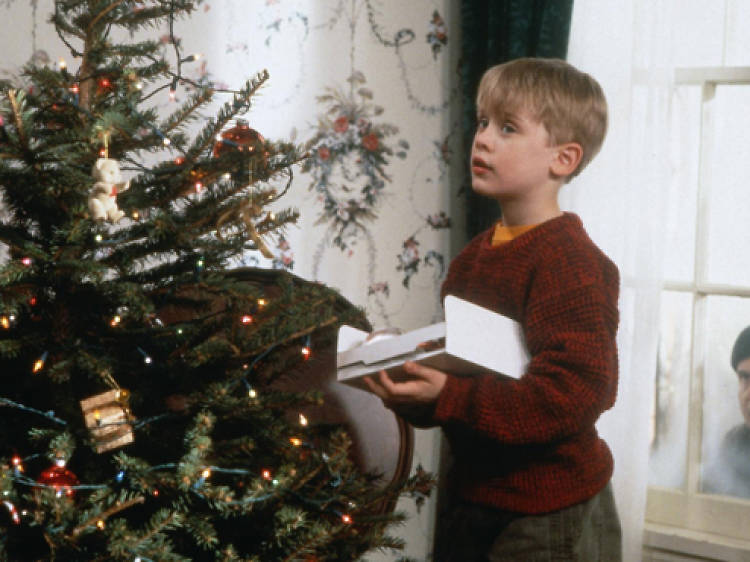 The 50 best Christmas movies of all time