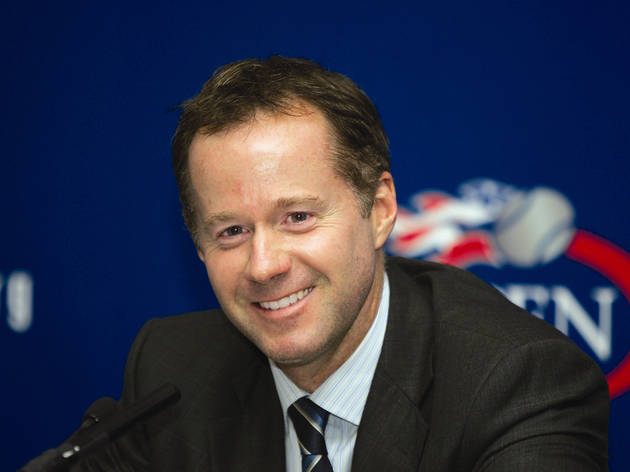 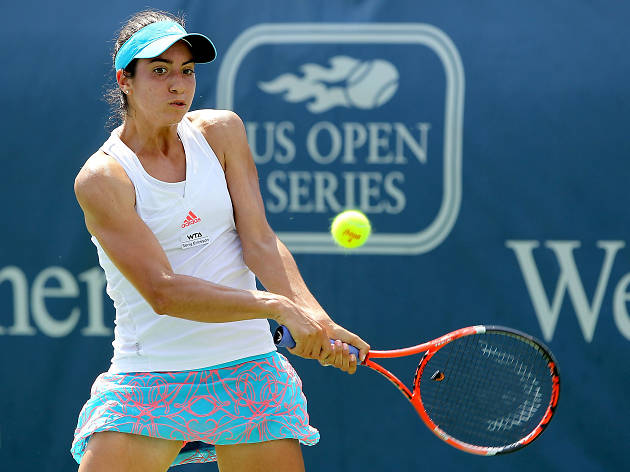 For two weeks at the end of each summer, tennis’s top pros—and their starriest fans—descend on Flushing Meadows–Corona Park for the US Open. But unlike many sporting events, where one contest is the main attraction, this Grand Slam tourney offers a choose-your-own-adventure scenario to explore the matches, live music and food, all on the grounds of the USTA Billie Jean King National Tennis Center. We spoke to USTA general manager of player development and television commentator Patrick McEnroe, as well as 20-year-old American women’s prospect and competitor Christina McHale (who grew up in New Jersey and currently trains at the center) to serve up tips on attending a session.

RECOMMENDED: Coverage of this year's US Open

Venture beyond center court
“To me, the most fun is to go to the outer courts and to see the players really up close,” says McEnroe. During the first week of play, tennis connoisseurs walk past Arthur Ashe and Louis Armstrong stadiums to 14 more courts, where you can grab a sideline view of up-and-coming athletes. If you’re intent on seeing Maria Sharapova or Roger Federer without the aid of a JumboTron, try looking for them in the practice area, just west of Arthur Ashe. Says McHale, “Head to courts P1 through P5; they’re in the back, so you could miss them, but you can see all the big stars practicing before their big matches. It’s definitely worth a stop. When I was 14, I even got a picture of myself with Rafael Nadal there.”

Be fashionably late
As with city clubs and parties, the action tends to heat up later in the day. “The US Open caters to that New York City vibe,” says McEnroe. The organizers “tend to put the better matches in the afternoon or early evening, so from 5 to 6pm on there’s a ton of action. The buzz in the late afternoon, early evening is better than any other major.” McHale agrees: “The night matches make the Open special. You have the music going on outside Arthur Ashe, and there are activities along the outside courts.”

Make noise
In contrast to the hallowed grounds at Wimbledon, players at the Open—especially Americans­—tend to enjoy a little raucousness from the boisterous crowds when they’re in NYC. “You really can’t compare that experience to anything else; the crowd gets so into it, and to have the home support is amazing,” says McHale, who rode that energy into the third round last year.

Plug in
Upon arrival, visitors can buy a draw card ($4) with the schedule of matches, but to truly stay tuned to the action, consider downloading the free US Open app for iPhone, Android or iPad, which provides real-time updates. “If you’re following the live scores, you can know when a match is headed to a fourth or a fifth set,” explains McEnroe.

Try the concessions
Visitors to the Open can chow down at an international array of vendors at the Food Village, which gets high marks for sports-venue dining. Carnegie Deli, Stonyfield Yogurt and Ben & Jerry’s all set up shop, along with boozier and bubblier fare at a Heineken-sponsored Red Star Café and Moët et Chandon’s Terrace. “I love the Indian [New Delhi Spice],” says McEnroe. “For some reason it’s not that popular—I don’t know why—so I always go there because the lines aren’t too long, like the others.”

Women:
“On the women’s side you’ve got to love Serena [Williams]. Her [wins] at Wimbledon and then at the Olympics were just scary good. Hard court is not as easy for her to dominate because it doesn’t accentuate her strengths as much as grass does. But if Serena’s at her very best, she’s definitely the favorite.”

Wild cards
“From an American standpoint, Christina is certainly way up there. She’s had an amazing year; she’s going to probably be in the top 25 by the time the Open comes around. Given she’s only 20 years old, that’s quite an accomplishment. You’ll see a big Italian contingent watching Sara Errani, who’s about 5-foot-5. She got to the French Open finale out of nowhere, but she’s a very scrappy player and a lot of fun to watch, with a lot of personality as well.”

Men:
“Certainly [Andy] Murray, to me, is one of the favorites. The Olympics were obviously a huge win for him, and he’s got a little extra pep in his step—that little extra confidence so when he gets to that semifinal or final, he’s going be a different player.”

Wild cards
“There are a couple of young guys who’ve come up that have made some noise: The Canadian youngster Milos Raonic—they call him the ‘Missile’—has probably got one of the biggest serves in the game right now. From an American standpoint, there’s Ryan Harrison, who’s probably our best young prospect to come along; and you’ve got a guy named Grigor Dimitrov, another youngster from Bulgaria.”