A new decade comes a fresh list of titles to compete for your filmgoing dollar. But with films that have been delayed from 2020 – we’re looking at you No Time To Die, and Fast & Furious 9 – as well as some hot new ones, we’ve got our money down on 2021 being an incredible year on the big screen.

From a star-studded remake of Dune and an all-star reboot of Suicide Squad to an Edgar Wright psychological horror flick, a Wes Anderson anthology film, and a Southeast Asian-inspired (yay!) Disney animation, here are the ones to jot down in your cinema calendar (dates may be subject to change). After the events of last year, we’re all overdue for a bit of escapism. See you at the cinema. 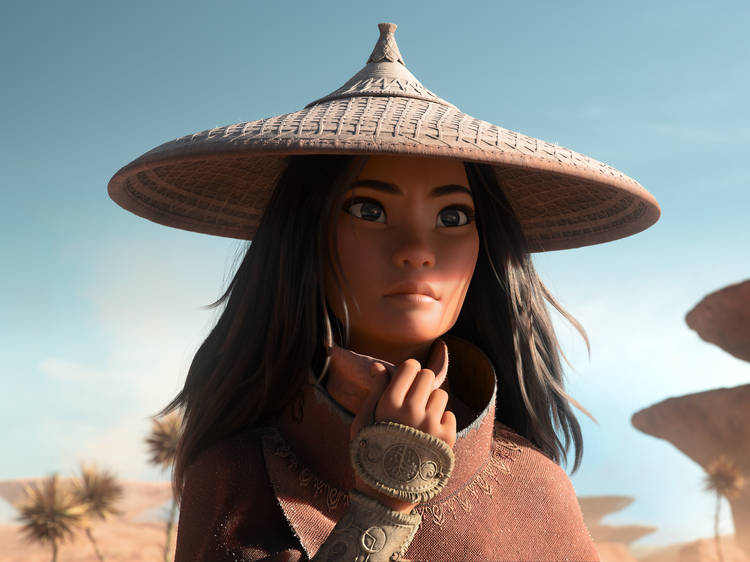 Raya And The Last Dragon

Raya means ‘great’ in Malay and Bahasa Indonesia, so expect another great Disney original blockbuster from the creators of Moana and Frozen. Raya And The Last Dragon is set in a Southeast Asian-inspired kingdom of Kumandra where legend has it that dragons sacrificed themselves to save humanity from evil monsters. But with the evil monsters creeping their way back in, it’s up to Raya to find the last dragon known to exist and save the world. 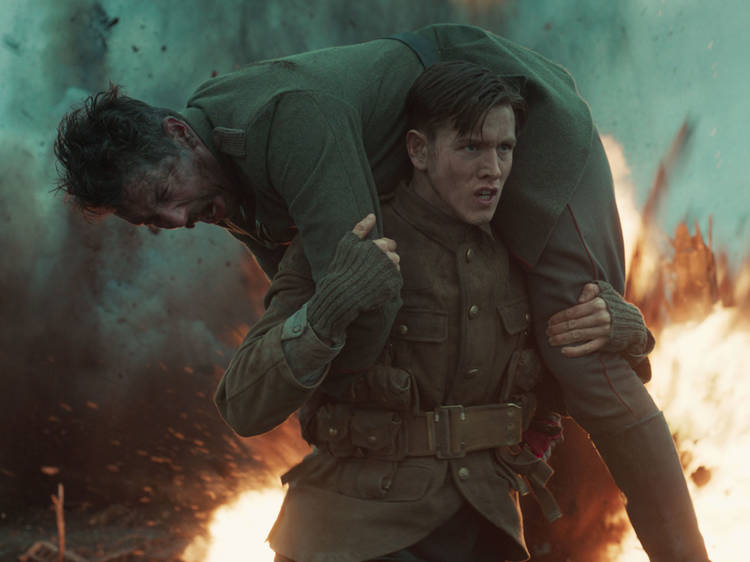 If you’re a fan of the Kingsman film series, this is one prequel you won’t want to miss. Catch the OG King’s Man race against time to stop the world’s terrible tyrants and criminal masterminds from exterminating millions of civilians. 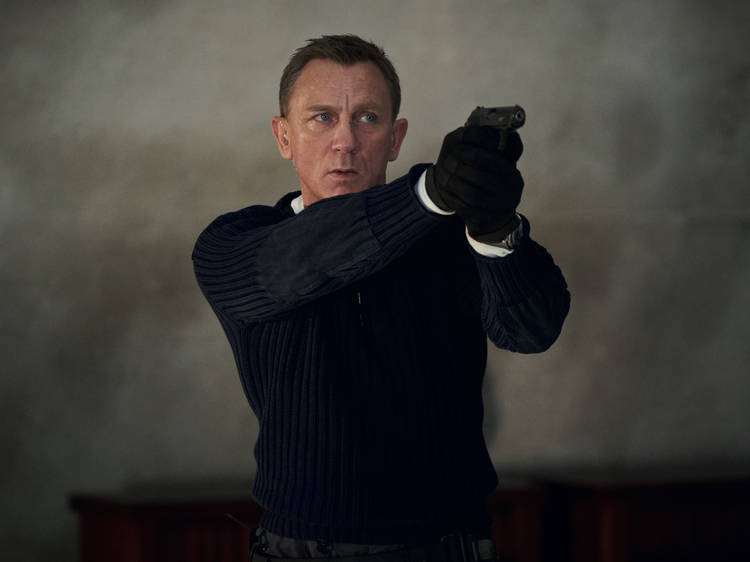 No Time To Die

And there’s no time to say no to another 007 film, especially when it features script work by Phoebe Waller-Bridge, the award-winning brains behind Fleabag and Killing Eve. It’s also Daniel Craig’s last Bond gig, so expect the man to make the most of his last screen time as the famous secret agent. The mission this time, however, is to defeat technologically advanced baddies and rescue a kidnapped scientist. 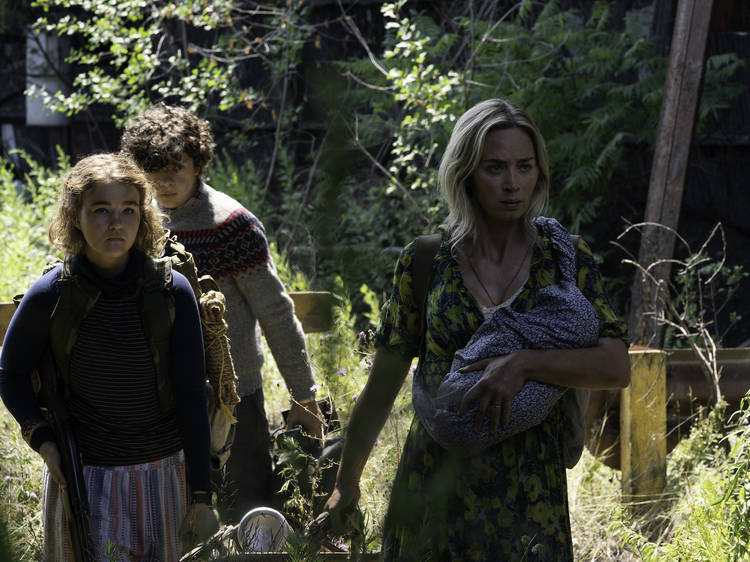 Hold your breath for the next installment of horror flick A Quiet Place. Following the deadly events at home, involving some blind beasties with killer hearing, Part II follows the Abbott family who continues to face the terrors of apocalyptic America and fight for survival in silence. They soon discover that said beasties aren’t the only threats that lurk beyond the sand path. 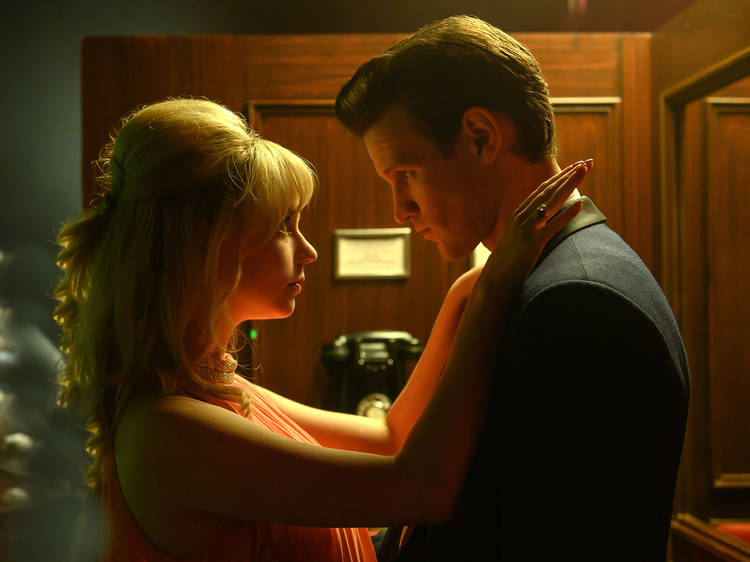 From the guy who brought you the Cornetto trilogy as well as Scott Pilgrim vs. the World and Baby Driver, comes a new London-set, time-hopping psychological horror flick that centres on a modern-day fashion student who travels back to the swingin’ 60s to meet her idol, only to discover the dark side of London’s seediest corner. The genre touchpoints include classics like Don’t Look Now and Polanski psychothrillers. Expect the unexpected, in other words. We’re most excited about… Discovering the dark side of London’s seediest corner. 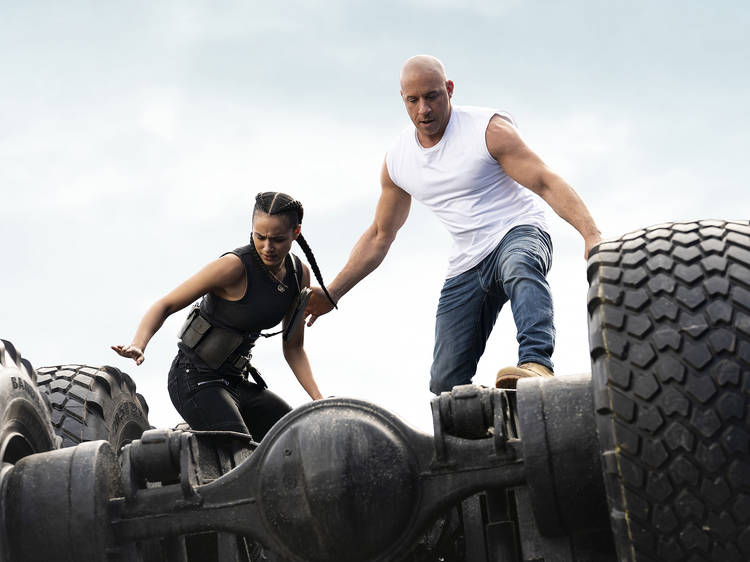 If you have a need for speed, big-budget explosions and car chases, buckle up for the next Fast and Furious installment. The petrolhead saga reunites the original team of Highway Code-disdaining heistmongers for all of the above, as well as some serious chats about the meaning of family. John Cena joins the family this time too – but not without shaking things up. 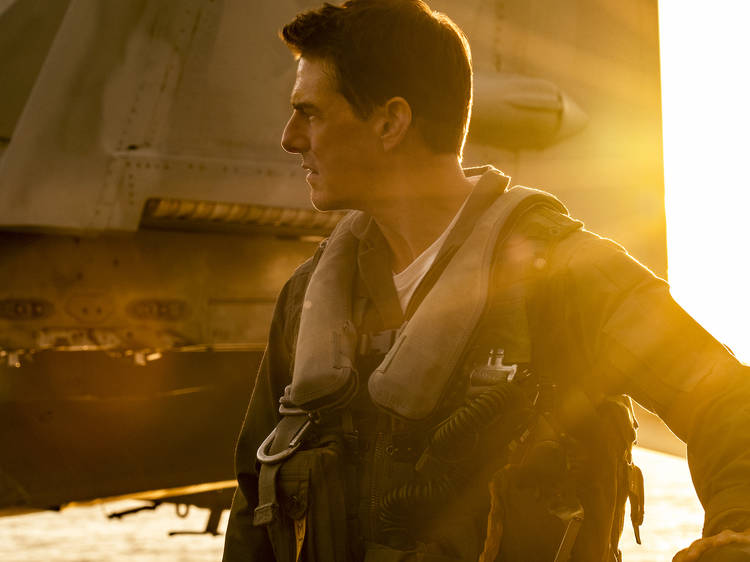 Tom Cruise is back on the – as Kenny Loggins would sing – “highway to the danger zone”. The highly-anticipated sequel of the 34-year-old classic sees things start to hit turbulence when Maverick has to confront his deepest fears to engage in a mission that calls for the ultimate sacrifice. 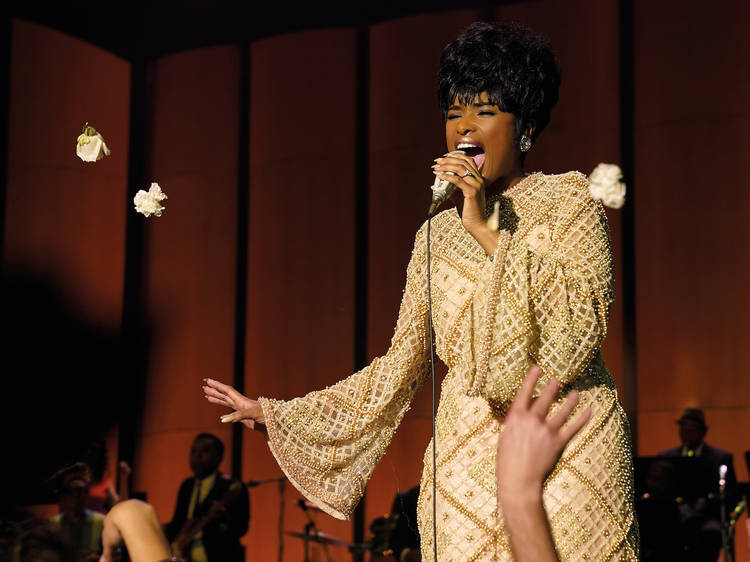 R.E.S.P.E.C.T – find out what it means to, um, Aretha Franklin. Starring Oscar-winner Jennifer Hudson as the soul legend (Franklin personally chose Hudson to play her before her death), the musical biopic chronicles her life from her early days singing in her father’s church choir to her rise as an iconic superstar, the first woman inducted into the Rock & Roll Hall Of Fame, and a civil rights activist. Expect Hudson to unleash her formidable pipes and Dreamgirls charisma. 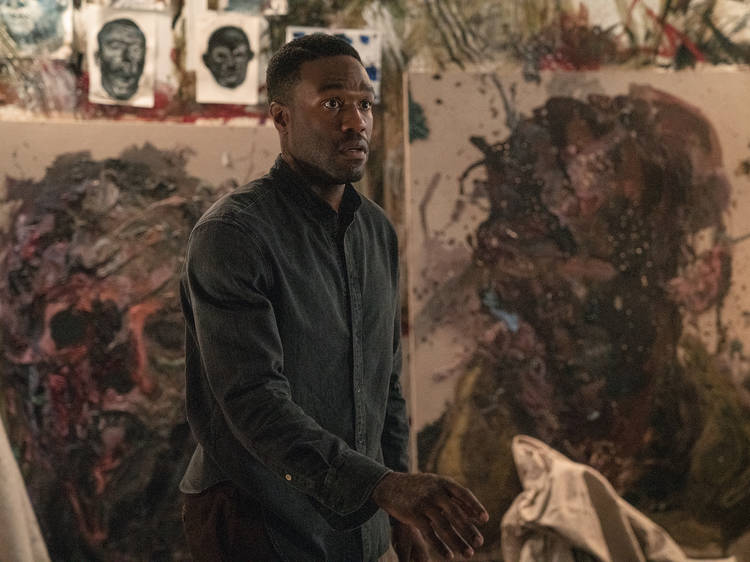 Unlike the 1992 original slasher, this 2021 reboot is based on the screenplay by Jordan Peele and Win Rosenfeld, so expect some new twists. Doubling as a sequel, it trails after an artist who visits the now-gentrified Cabrini-Green projects in Chicago where the hook-handed urban legend was once the focus of a past investigation. He then discovers that it’s all too real and that no one is really off the hook (geddit?). 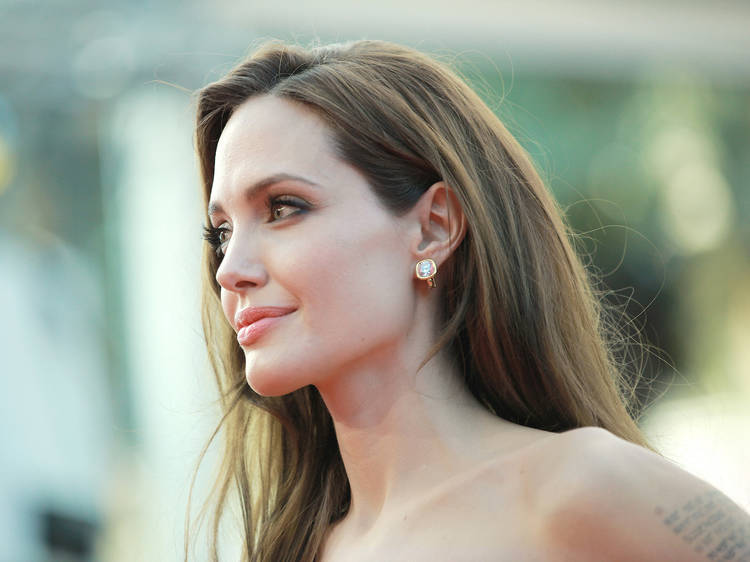 Your film schedule wouldn’t be completed without a mega Marvel movie. This one’s a crucial one too, especially if you’ve been keeping up with the Marvel Cinematic Universe (MCU). Cue a new gang of immortal beings who descend to protect humans from the bad guys while shaping Earth’s history and civilisations. 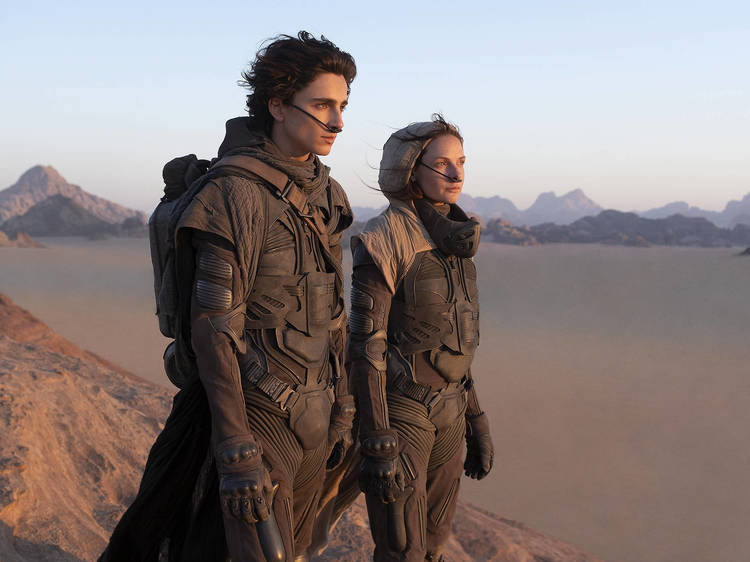 Overseen by a filmmaker with real pedigree in the field of thinky science-fiction, Arrival’s Denis Villeneuve, this new adaptation of the first novel in Frank Herbert’s classic sci-fi saga boasts a star-studded cast featuring Timothée Chalamet, Rebecca Ferguson, Oscar Isaac and Zendaya. Whether you’re a sci-fi geek, a Frank Herbert fan or simply have a passing interest in giant sandworms, get ready to follow nomadic tribes in a battle to control the desert planet Arrakis. 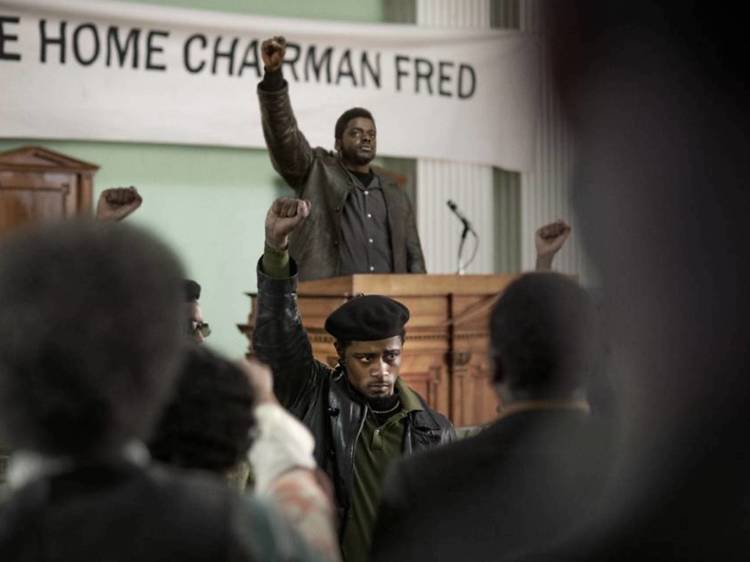 This time, Daniel Kaluuya stars in a whole other kind of Black Panther movie – one where he plays Black Panthers leader Fred Hampton (aka The Black Messiah). He is joined by LaKeith Stanfield as William O’Neal (aka Judas) in this uncompromising interrogation of race, activism and loyalty in ‘60s America. O’Neal is activated to infiltrate Hampton’s inner circle and gather intelligence on the leader when the fear and suspicion of the FBI emerge. 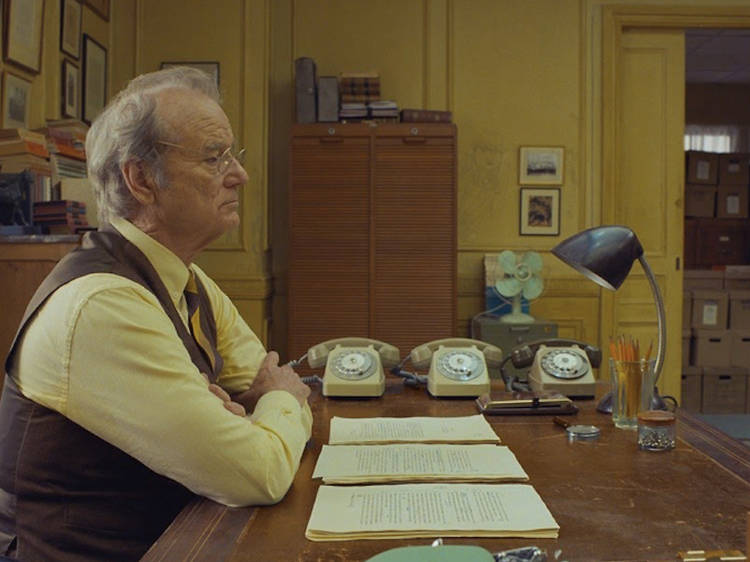 Wes Anderson is back in the writer-director chair to bring to life three unique stories from the final issue of the film’s titular magazine, a New Yorker-like American newspaper in a fictional 20th-century French city. In typical Anderson fashion, the dramedy – and his first true anthology film – features an all-star ensemble including Timothée Chalamet, Benicio del Toro, Adrien Brody, Tilda Swinton, Bill Murray, Owen Wilson, and many of the filmmakers’ regular favourites. 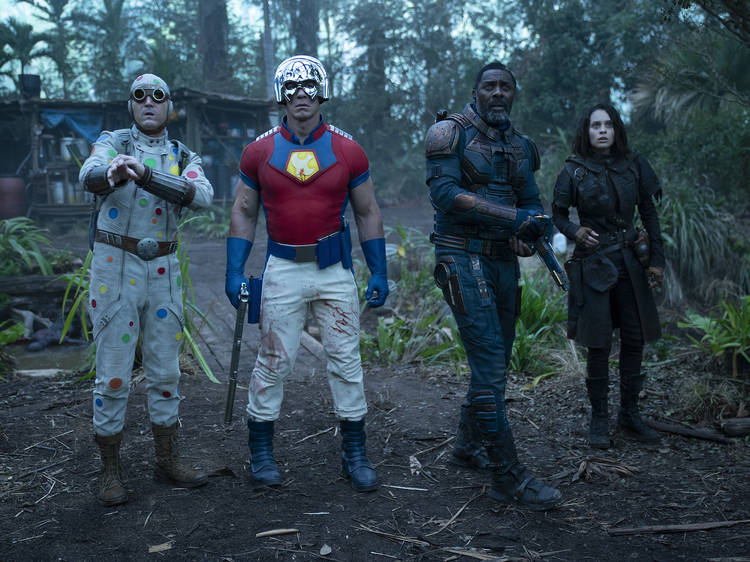 Not to be confused by the not-so-good first Suicide Squad, this upcoming one is set to be a soft reboot and standalone sequel to the 2016 movie. The super-villain (or, anti-hero-at-best) team-up movie regroups survivors from the original with newbies played by Idris Elba, Peter Capaldi, Taika Waititi, and more for a Dirty Dozen-style sequel. It’ll also be a redemption arc for Guardians of the Galaxy writer-director James Gunn who ducks out Marvel for DC. 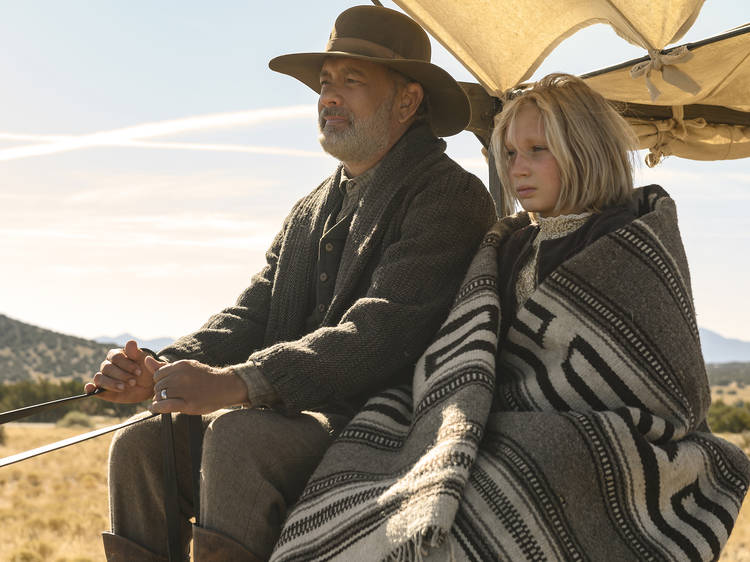 News of the World

"Dust is bust" is an old Hollywood adage thrown at anyone trying to make a western. "Take Hanks to the bank" is not an old Hollywood adage – we just made it up – but it’s how Paul Greengrass’s western will hope to find its audience: on the back of Tom Hanks’s star power and some old-fashioned old West thrills. Hanks plays a Civil War veteran escorting a ten-year-old girl back to her family across a perilous Texan landscape.

Get your movie fix 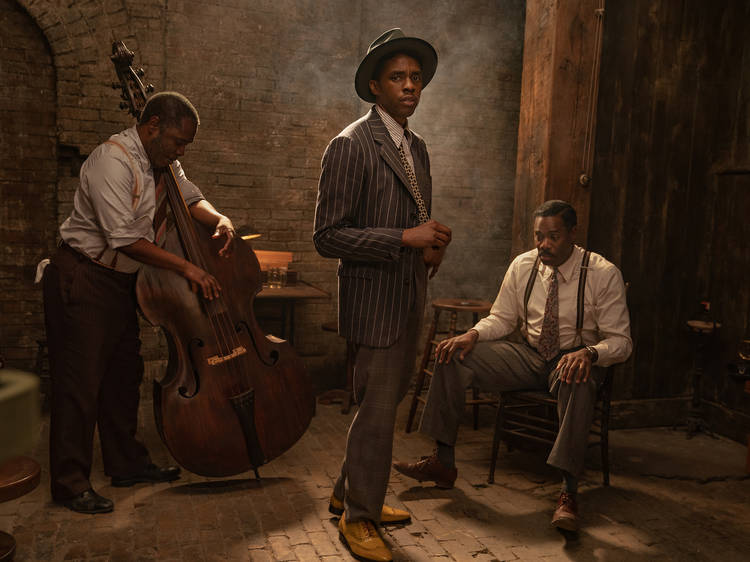 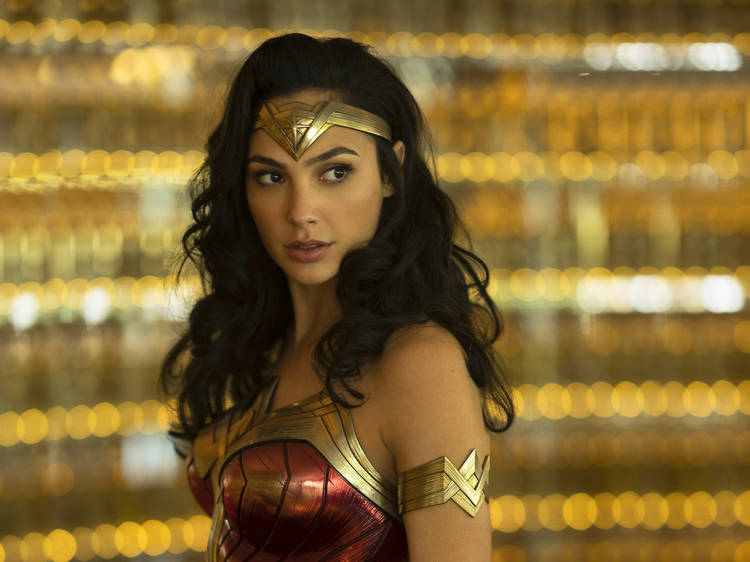 The best upcoming movies in Singapore 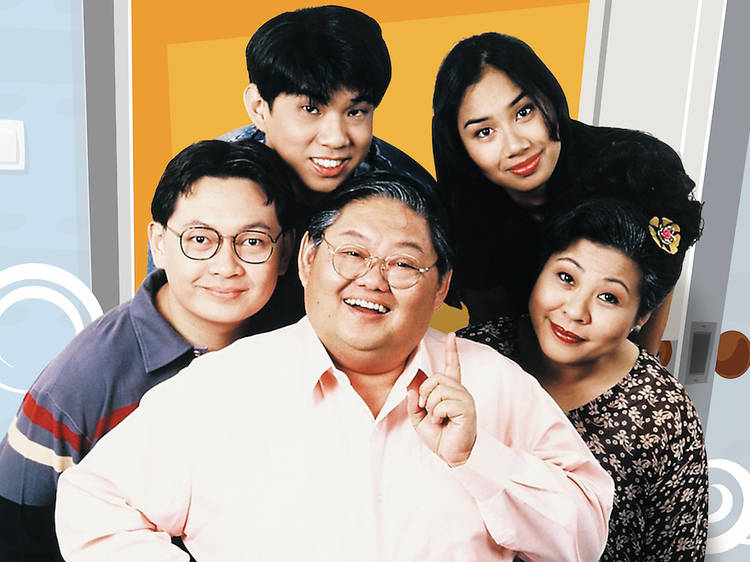 The best local films and series to binge-watch on Netflix