If your after-work or weekend agenda includes going to the movies, Singapore has you covered. There's a multitude of venues in every corner of the city showcasing the biggest and latest blockbusters straight out of Hollywood. But if you're in the mood to see a black-and-white, a cult classic, an arthouse flick or the new indie release on the big screen, then pass the foreboding multiplex for the city's coolest alternative cinemas. 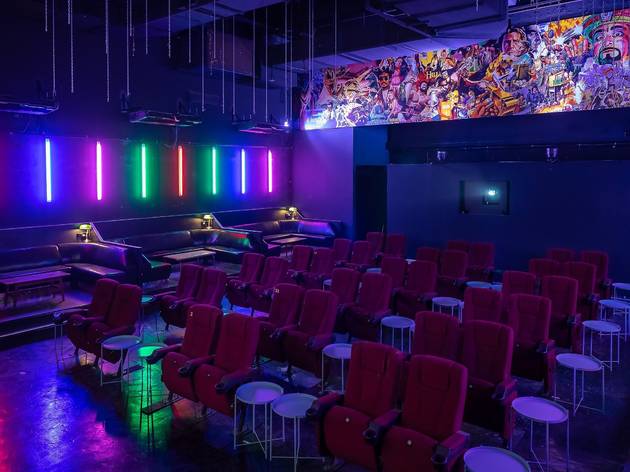 The coolest kid on the cinema scene has come through with a new pop-up concept at Riverside Point. The Projector is bringing its edge to an abandoned Chinese nightclub, transforming it into a 48-seater cinema and bar complete with stellar films in a neon-lit space, a bar with a 'siam diu' (Thai-themed disco) inspired menu and views of the Singapore River. Seats are socially distanced, and you'll be listening to the movie through provided bluetooth headphones. 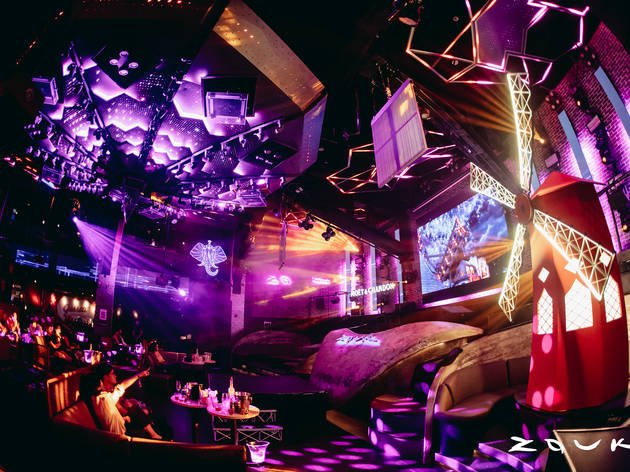 Another pop-up cinematic experience you won't want to miss –  the Clarke Quay nightclub Zouk turns into Zouk Cinema Club from Wednesday to Saturday with one screening session per night, showing two movies. Besides the snazzy lighting and quality sound system, the main room is also be decorated with faux movie props – think a replica of the famous red windmill of Moulin Rouge in Paris. And what's sweeter than a bottle of bubbly and a bowl of Garrett popcorn to share?

Highlights Instead of those hypnotic visuals that accompany DJ sets, the big screen screens throwbacks such as 500 Days of Summer, Baywatch, Catch Me If You Can, and more. 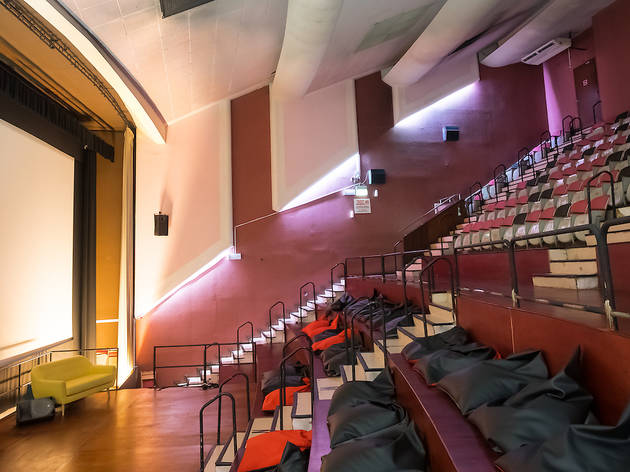 Occupying the former site of the historic Golden Theatre is The Projector, a refurbished cinema that’s home to an eclectic selection of films (it also selectively screens mainstream ones), as well as Intermission Bar which hosts unique events and dishes out tasty bites. Get cosy in a seat – or a bean bag – and be spoilt for choice with an array of films that run the gamut. Besides indie titles and arthouse flicks, The Projector also shows local and cult classics backed with themed nights, so prepare to dress the part.

Highlights The European Film Festival returns after a year-long hiatus with 23 films, each showcasing the diversity of perspectives, histories, languages and cultures from its motherland. 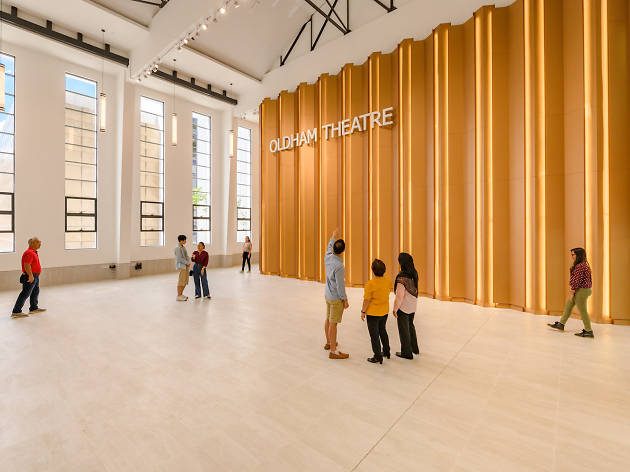 Tap into the world of Asian cinema with screenings by the Asian Film Archive at the new Oldham Theatre. Housed in the restored National Archives of Singapore building, the wheelchair accessible, 134-seater theatre has 4K digital and 35-millimetre film format projections for all your viewing pleasure. But don’t expect the latest Hollywood blockbusters. Instead, settle in for a curated mix of acclaimed classic and contemporary Asian films.

Highlights The annual Singapore International Festival of Arts (SIFA) programme Singular Screens takes over the big screens of Oldham Theatre with 15 Singapore world premieres from May 14 to 30. 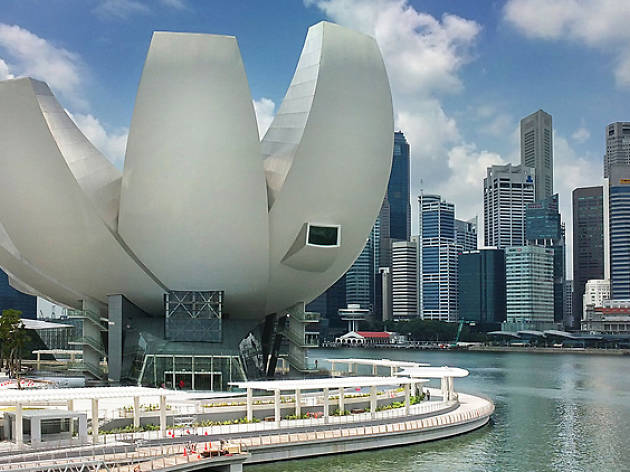 The stunning lotus-shaped building is known to bring art, science, culture and technology together through immersive exhibitions. But did you know that it also screens films on the fourth floor? ArtScience on Screen showcases a range of art-science-focused films produced by filmmakers and artists from Singapore and beyond. And if you're downright serious about the world of moving images, dialogue sessions and masterclasses with acclaimed filmmakers and artists are also held here.

Highlights ArtScience on Screen: Season of the Force comes as part of the Star Wars Identities exhibition. The film programme takes you through the timeless appeal of the iconic space opera franchise, and gives you an exclusive insight into the films, directors and aesthetics which shaped the canon’s universe. 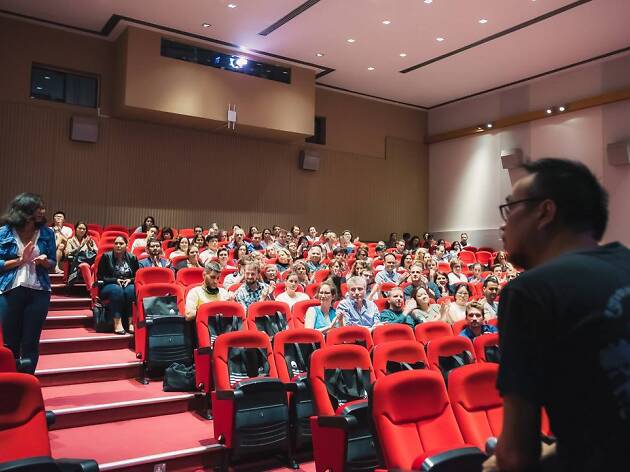 Besides language classes and art exhibitions, Alliance Française offers a selection of (mostly contemporary French) films for Francophiles, cinephiles and everyone in between – and it’s called Ciné Club, with fresh titles added every month. It also hosts screenings and Zoom sessions online complete with Q&A. And if your French is a bit rusty, don't fret – the films come with English subtitles.

Highlights Families will love the Eco Festival, where a selection of animated shorts is screened to pique the children's curiosity on topics linked to nature. 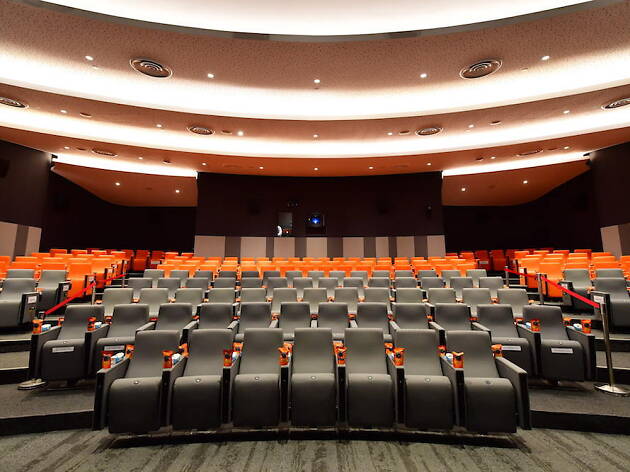 Propped on the ninth floor of Capital Tower, Salt Media & Entertainment’s latest venture amps up the cinematic experience of avid film buffs. With a keen eye to innovate and explore new frontiers, the film company sets its foot down to unlock the fun side of what is usually a very corporate part of town. Salt Media @ Capital Tower has a seating capacity of 227, a nine-metre widescreen, 4K laser projector and Dolby 7.1 sound. Expect Salt Media's very own films, brand new releases and other titles that have yet to be released theatrically in Singapore. 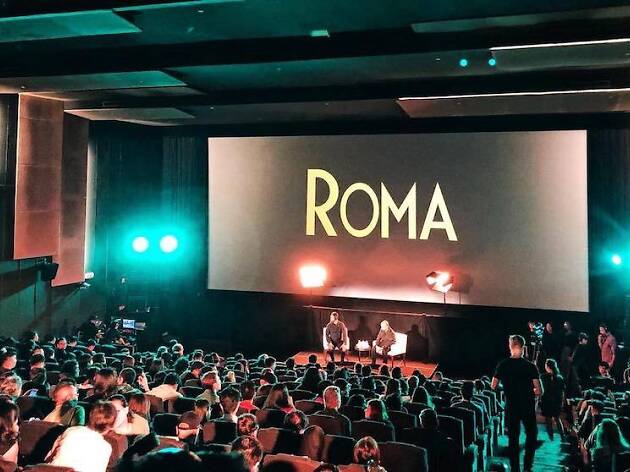 Get all your indie fix at this independent cinema. Filmgarde showcases an eclectic range of local and international blockbusters as well as independent films, including exclusive releases by local and Asian filmmakers. Believe it or not, it's the first cineplex in Asia to be fully fitted with cutting-edge immersive sound system, the AuroMax by Auro Technologies and Barco, to further elevate the movie screening experience. 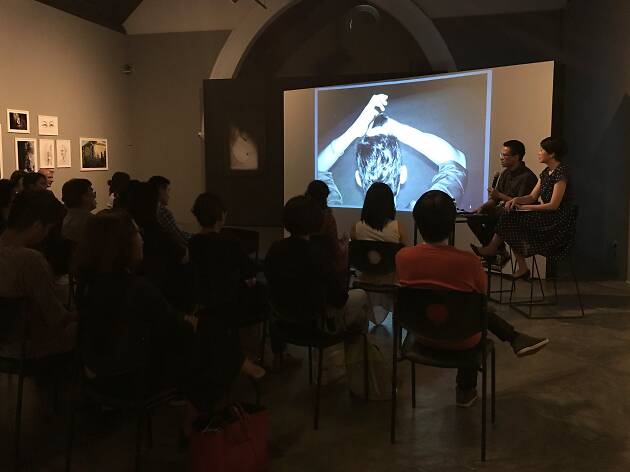 This filmmaking and photography hub sees a huge following of enthusiasts wanting to further their knowledge in either craft. Besides holding regular courses and workshops, it also screens local and regional productions, including short films, centred around various themes and concerns. It's also home to its annual Watch Local and Women in Film series, which includes photography exhibitions and screenings accompanied with post-screening dialogues. 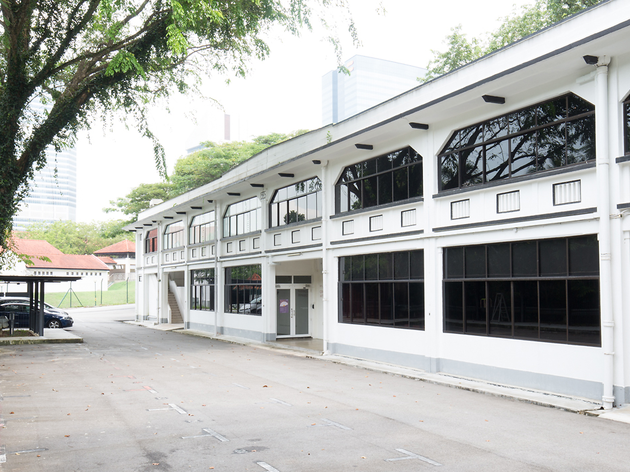 Who would've thought that there's a mini cinema hiding in NTU CCA's space for critical discourse and creative thinking? The national research centre is known for its stellar public programmes like lectures, workshops, open studios, film screenings, exhibitions and stagings that revolve around the contemporary art ecosystem in Singapore and the region. 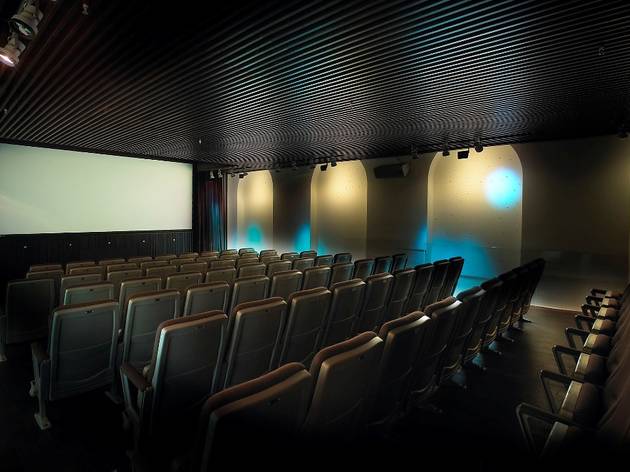 Currently located in The Arts House, the Screening Room is a 75-seater film theatre that presents a regular mix of films both local and international. In addition to the regular film programmes, the museum collaborates with film and media organisations to present works of quality that probe and provoke. Fully supportive of independent filmmakers, the Screening Room provides a platform for them by organising film premieres and festivals at this venue. 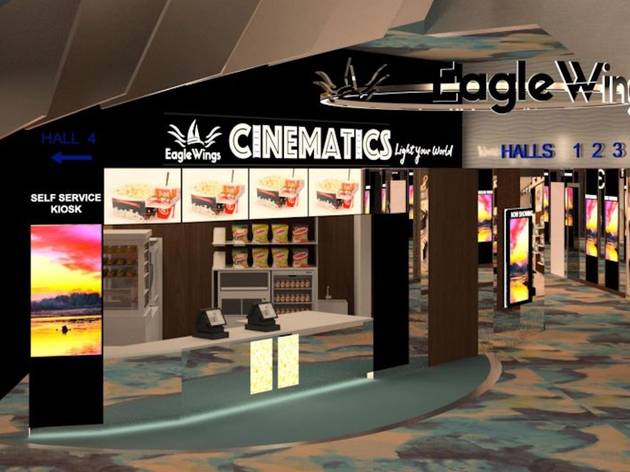 One of the first independent cinemas located within the Bukit Timah and King Albert Park vicinity, EagleWings Cinematics' movie menu features blockbuster hits alongside indie faith-based films. The cinema is big on movies that are uplifting and spiritually enriching, so you're bound to find a wholesome film fit for the fam. 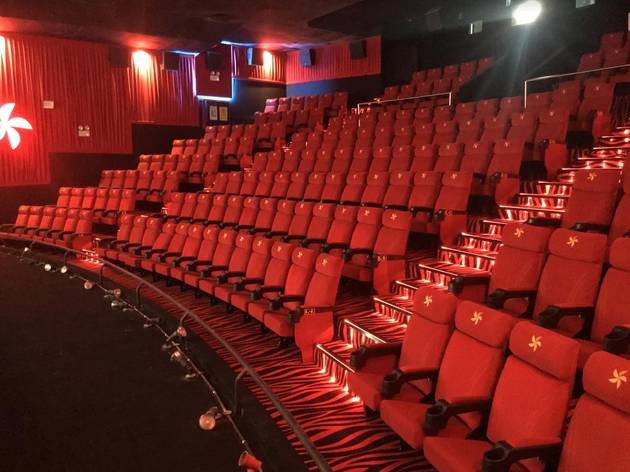 Lest we forget, far more films are churned out of Bollywood than Tinseltown. They’re not readily available on the big screen here, but Carnival Cinemas makes it easier for the Shah Rukh Khan faithful. The cinema camps out at the charmingly old-school Golden Mile Tower, and showcases Tamil and Hindi films from India and across the region. Nonetheless, Hindi movies – be warned: they can run up to three hours – are the lifeblood of this cinema.

For the avid film buff 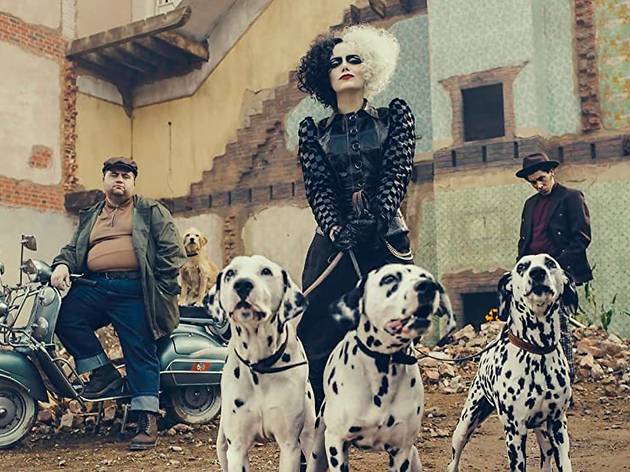 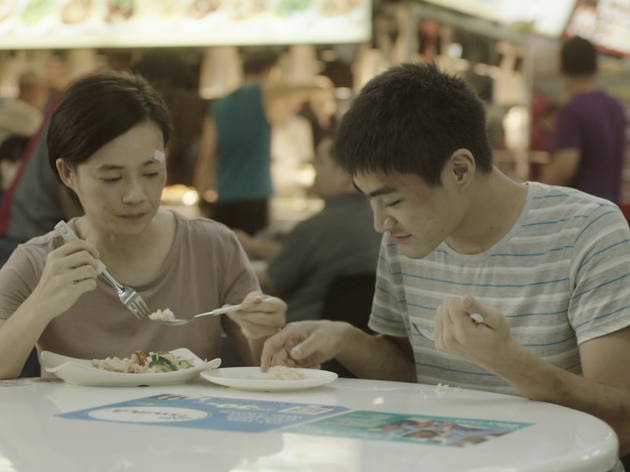 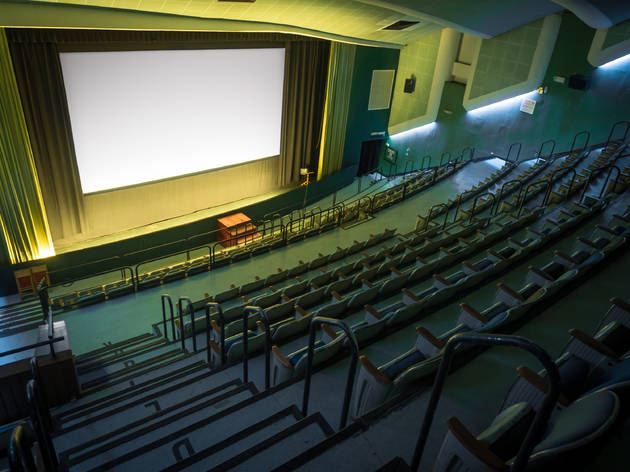