We chat with Cate Le Bon, Soak and Vandetta ahead of The Alex Blake Charlie Sessions

Who are Alex, Blake and Charlie? Beats us. But here’s what we know: The Alex Blake Charlie Sessions is a brand new music series that champions female-fronted acts. Its diverse line-up takes sonic explorers deep into the world of pop-rock, R&B, indie-folk and electronica on a more intimate scale – all within an unusual heritage venue: Pasir Panjang Power Station.

14 acts take the stage on December 7 including Finnish pop wonder Alma, Icelandic-Brit punk-rock trio Dream Wife and femme post-punkers Goat Girl. Joining them are 2019 Mercury Prize-nominated avant-pop stalwart Cate Le Bon who can easily bust an indie earworm in Welsh and English, Northern Irish singer-songwriter Soak (real name Bridie Monds-Watson) with her Midas touch in dreamy indie-pop, and Singapore’s very own electro-soul-R&B darling Vandetta (real name Vanessa Fernandez) who’s nothing short of versatile. Before the mic checks, we chat with Cate Le Bon, Soak and Vandetta on the Lion City, the music festival and who they’ve got playing on repeat.

First things first: what gets you excited about Singapore?

Cate Le Bon: I’m looking forward to seeing the airport and the incredible architecture of it. I believe it’s quite extraordinary and I can’t wait to begin with it.

Soak: The food and the landscapes. They’re so unique and different to Europe. And I’m looking forward to taking loads of photos. I also love that it’s the most humid place I’ve been in my whole entire life.

Vandetta: What’s more exciting for me – especially being in the music – is that there are so many things happening in the music scene now. There are more events, more Singaporean artists taking their art overseas. It’s really exciting seeing these artists rising and shining.

You’re performing at The Alex Blake Charlie Sessions – a female-fronted music festival in Singapore. There are also similar festivals around the world like Yola Dia in Los Angeles and Hear Her in Dorset. What are your thoughts on such festivals?

Cate Le Bon: I’ve got mixed feelings about them. There’s a wealth of men making incredible music so the fault clearly lies somewhere else where there has to be a push for the visibility of female artists which is such a shame. That said, it’s great to be in the line-up of such exceptional music regardless of the gender. It’s just a shame that it has to be a thing.

Soak: I think it’s really neat that people are putting such a focus into giving female musicians and bands high bill positions. There are not many representations of girls in music but I hope there’s support in the future where festival line-ups will automatically be 50-50 because that’s the way they always should’ve been.

Vandetta: I think it’s great because it’s both clever and brave to do an all-female festival. There’s a lot of conversations about diversity both in terms of line-up and whoever the programmers are. I don’t think there’s a lot of such festivals, so I think it’s really cool.

What can we expect at your show?

Cate Le Bon: It’s very much going to be centred around the new record which means saxophone players and an incredible band. It’s such a joy to play with them.

Soak: There are more people in the band and a lot more dancey but emotional songs. I think people who came to our show three years ago will be quite surprised by how different it is now.

Vandetta: I personally feel it’s going to be very inspiring because I have legends from the local music scene playing with me like Chok Kerong on keys. I’ll be playing my new songs including a song that Chok and I have written together, as well as a track called Love Me Crazy. I’ve recorded it but never released it. Chok has also rearranged my music for a live setting, so everything is going to be live – one hundred percent!

Cate, tell us about your Mercury Prize-nominated latest album Reward. We heard you moved to Lake District and took up a furniture-making course – did any of these impacted the album in any way?

Cate Le Bon: They impacted the record in its process by putting my attention on something other than music. This allowed the music to exist without the surveillance that it constantly had since I was in my teens, re-addressing my relationship with it. I’ve been doing it for so long that I was starting to have quite a fractious relationship with something that had once brought me so much joy and comfort. I had to check-in, reconnect with it and make sure that I was doing it for the right reasons. And the way to do that was to take a break from it.

Absolutely love the leading single Home To You. So tell us, what’s home to you?

Cate Le Bon: People who define home. But North Wales is one of the most beautiful places I’ve been to in the world, and Joshua Tree is one of my favourite places on Earth.

Soak, tell us about your latest album Grim Town.

Soak: I wrote Grim Town about my life as self-therapy to work out a lot of depression, anxiety and issues that I have. I had a lot going through my brain and I tried to extract them by writing as if they were a location. The album is about all things kind of growing up and growing pains. And it’s quite a spectrum in terms of it has very pop moments and also really awfully sad piano ballads. We try to get the whole range on it.

Your dancy track Knock Me Off My Feet is irresistible. But tell us what recently knocked you off your feet?

Soak: I really like The 1975 and their song called People. It’s brilliant. I heard it when they premiered it on the radio and I was intrigued. I also think they’re kind of like an impossible band like they can’t do any bad. 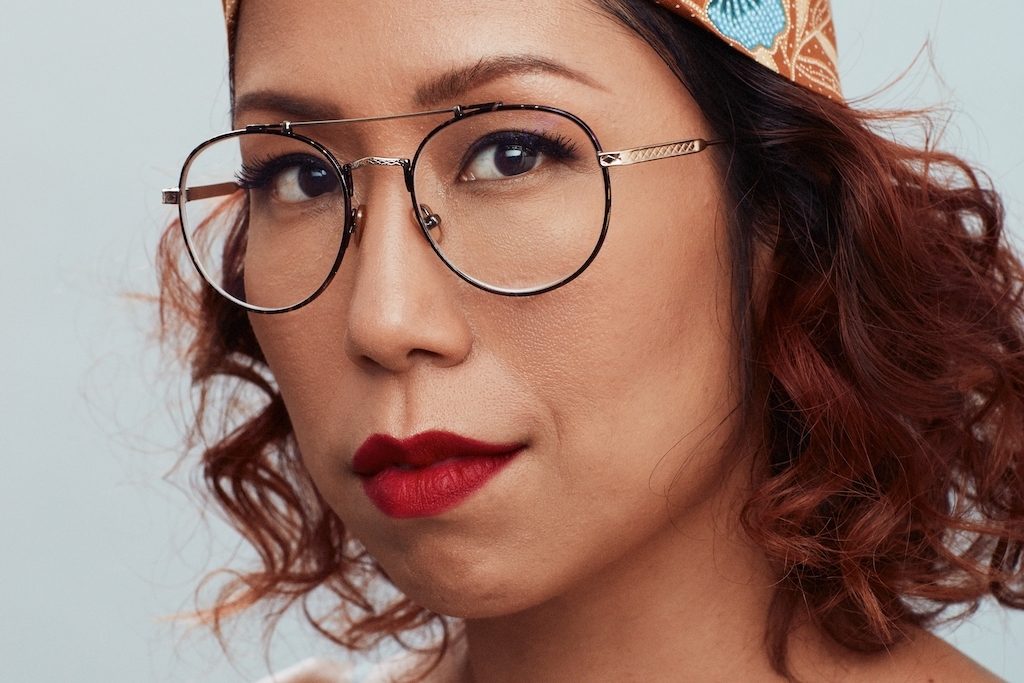 Vandetta, tell us about your latest single Not Your B.

Vandetta: I actually wrote that in 2008. I’ve been in several self-destructive, emotionally-abusive relationships, so the song is a reflection of my experiences as well as other people I knew who were going through the same experiences as well. The song is my way of expressing all the emotions and also feeling empowered because when you go through that kind of relationship, it makes you completely lose yourself.

Guys, any particular band or artist you’ve got on repeat?

Vandetta: I’ve got two that come to mind right now. One is Jacob Collier who is a genius of a musician and an amazing songwriter. Another is Sabrina Claudio who’s this R&B singer-songwriter from the States. She has that slow R&B style – that is popular right now – with great lyrics and amazing production.

What do you usually do when not performing or songwriting?

Cate Le Bon: I like to make stuff, so I’ll be trying to build myself a shed or pottery. It’s the perfect antidote to touring. You know how intangible music is, so it’s nice to sit and hold something in your hands.

Soak: Probably trying to learn how to be a good photographer. I take things very seriously when it comes to creative things. Or even making interesting vegetarian meals, so I might even be in the kitchen.

Vandetta: I really like doing relaxing things like being in nature, going for onsen or a massage. I see these things as self-care. I also like going to The Pinnacle where there’s a park at the top and you can have a walkabout 50-stories above ground.

The Alex Blake Charlie Sessions takes over Pasir Panjang Power Station on December 7. Tickets are available from $180 via Apactix, phone at +65 3158 858, and Box Office at Singapore Indoor Stadium, Scotts Square Concierge, The STAR Performing Arts Centre and at all SingPost Outlet. 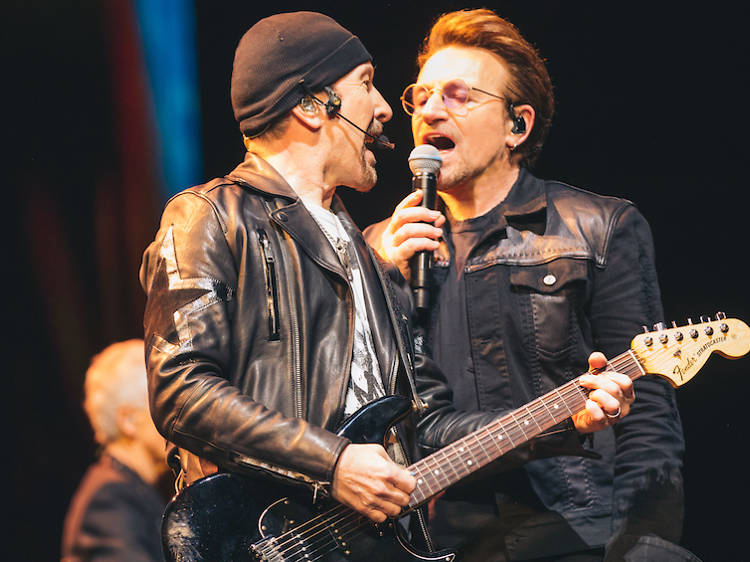 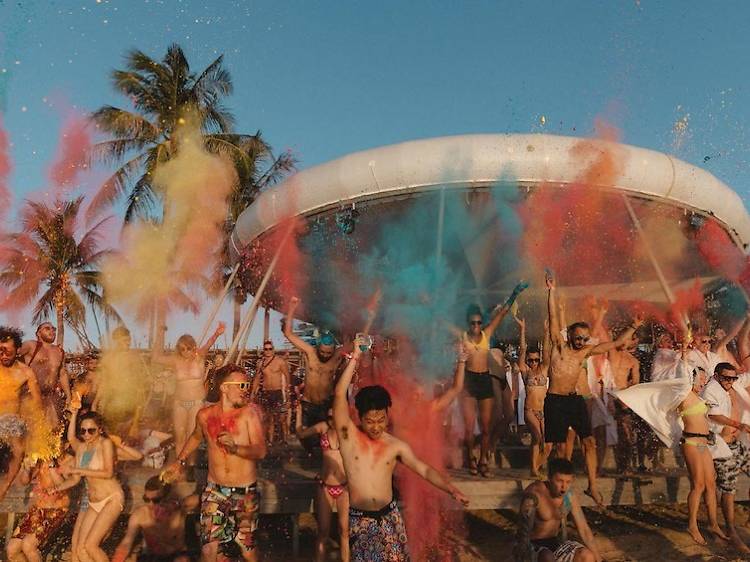 The best music festivals in Singapore and Asia 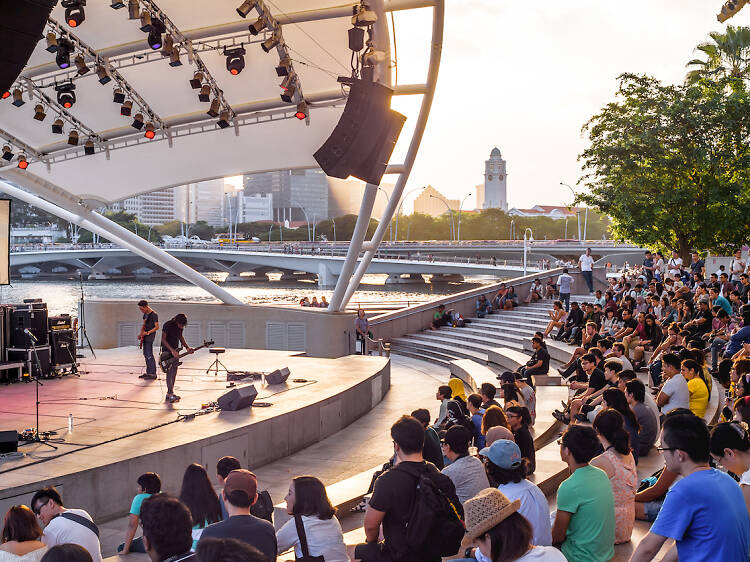