Projector X: Picturehouse soft launches at The Cathay, taking over The Cathay Cineplex 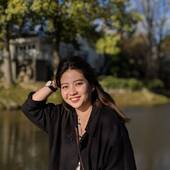 Back in July, we shared the news that The Cathay Cineplex will be making way for local independent cinema, The Projector. That handover is coming to fruition at 4pm today with the soft launch of Projector X: Picturehouse.

Judging from The Projector's social media post, the team has been hard at work revamping the space once occupied by The Cathay Cineplex. After much painting and interior decorating, Projector X: Picturehouse is ready to screen its signature mix of indie, arthouse and cult films across four cinema halls. They are named Majestic, Yangtze, Roxy and Ruby as a fitting homage to the old cinemas of Singapore.

It doesn't stop there. Picturehouse will also become a hub for all things arts and culture. What they call The Bladerunner Ballroom will become an exhibition space for artworks by the likes of Saad Chinoy, Howie Kim, Art is Not God, to name a few. On Fridays, Saturdays and the eve of public holidays, the room will host exciting live performances like spoken word sessions and cabarets, as well as party nights with live DJs. And it sounds like The Projector is hatching a plan with local collectives to adapt the four remaining decommissioned halls into art and theatre spaces too.

Be one of the first to check out the new Projector X: Picturehouse and book your movie tickets now at theprojector.sg/picturehouse. Some movies currently showing are Park Chan Wook's Decision To Leave and Jordan Peele's Nope.

The Cathay is practically a landmark in Singapore – it’s been around since the 40s. But in a surprising move, they’ve just announced that The Cathay Cineplex will soon be handing over the reins to local independent cinema, The Projector. This shift will happen on July 23, once The Cathay Cineplex has completed its lease and the last day of screenings will be June 26.

Of course, we’re great fans of The Projector and the cult favourite movies they put out. It’s not just about Hollywood blockbusters here, but rather, old-school films like Rocky Horror Show and sci-fi movies like 2001: A Space Odyssey. As they already have cinemas in Golden Mile Tower and Riverside Point, this will be the third cinema that is operated by The Projector. As mentioned by The Projector, there will be the usual lineup of indie flicks along with a cocktail and craft beer bar – all from August 23 onwards.

Those who still want to watch movies under The Cathay can head over to the Cineleisure branch, alongside the other Cathay cinemas in Singapore.

Review: MASL brings Peru closer to Singapore than ever before

Guide to Golden Mile Complex: where to eat and things to do