Having post-WandaVision blues? Your friendly neighbourhood comic book store is here to save the day

Comic books are picking up speed once again thanks to Marvel and DC blockbusters hitting the big (and small) screen, proving the adage that old is gold. And with the final wrap-up of WandaVision, as well as the upcoming Zack Snyder’s Justice League, Falcon and the Winter Soldier, Loki, and Robert Pattinson’s version of Batman, the fandom is going strong, even welcoming a new legion of fans.

Despite digital copies being easily accessible online, nothing beats getting your hands on a coveted issue and flicking through the pages IRL. I grew up on a diet of Archie comics (thanks, Mum), indie graphic novels and superhero comics, especially those that feature Batman and X-Men, so popping to a comic book store isn’t a new gig. There’s just a certain je ne sais quoi that feels very inviting. Perhaps, it’s the very knowledgeable uncle who’s ready to help you with your selection.

Whether you’re a long-time fan or new to the game, satiate your appetite for stories of action-adventure and cosmic calamities at these comic book stores in Singapore. Most of them carry new issues, back issues, and rarities, with some also tempting customers with manga, graphic novels, and even toys. 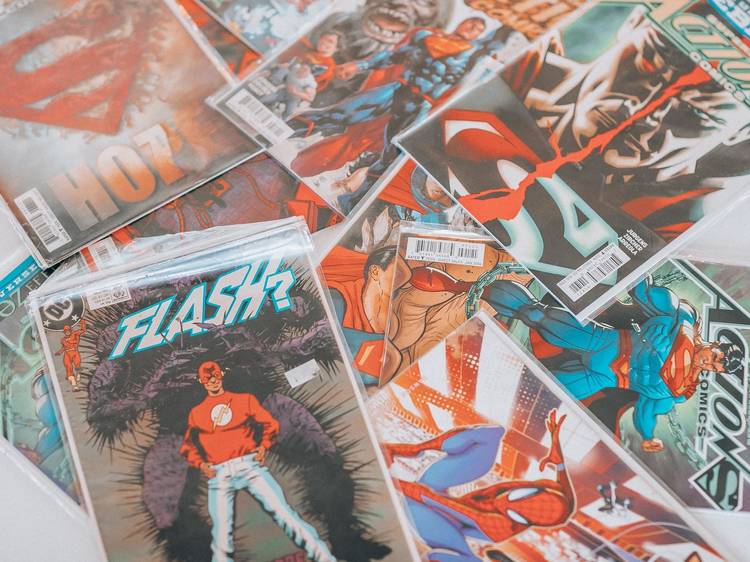 This hidden gem in Marine Parade made headlines in 2020 when a Facebook post went viral. Located at Marine Parade Food Centre, Silver Kris is manned by 86-year-old Mr Low who has been selling comics for over 50 years. He sells them for cheap too – three copies for only $10. Collectors can look forward to a myriad of DC and Marvel single issues from the 80s and 90s, as well as rare titles in old-school, strung-up plastic wrappers. Silver Kris was also frequented by local comic book artist Sonny Liew during his salad days. 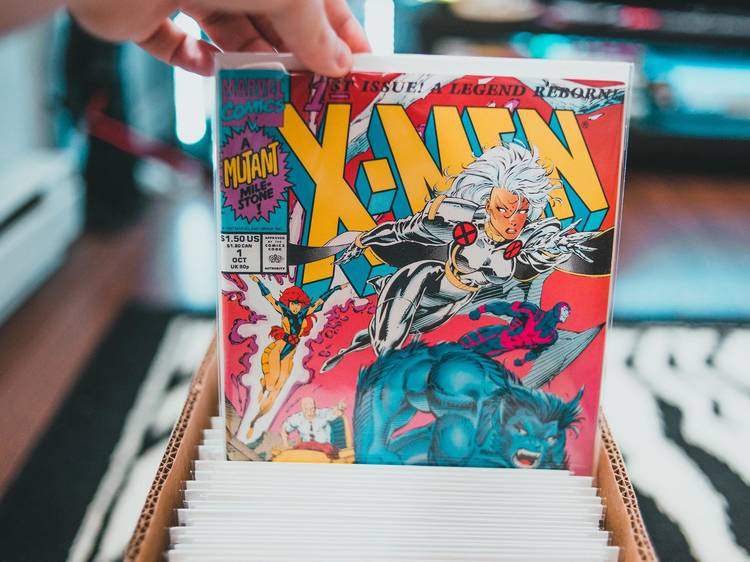 Get your geek on when you step into Absolute Comics. This Plaza Singapura comic book depository has shelves and shelves of comic book swag, from Star Wars issues to the latest Batman and X-Men titles. You can even find the much-anticipated Batman: Three Jokers by Geoff Johns, and The True Lives of the Fabulous Killjoys by My Chemical Romance frontman Gerard Way and Shaun Simon. There are also printed tees and hoodies, as well as action figures and other collectibles to complete your man-cave. 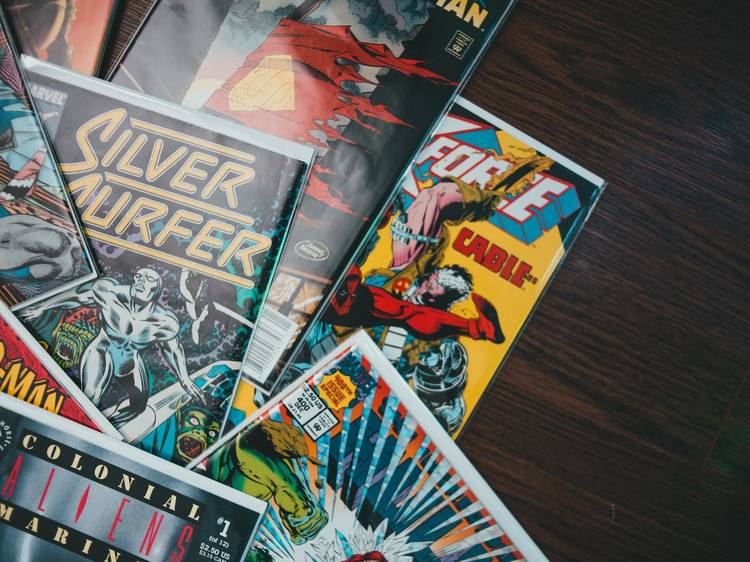 If you’re in Holland Village, pop by this store for current and back issues, as well as rarities like Stained and Eternal Empire. It boasts variants like Wonder Woman, Daredevil, and Eternals that will leave you spoilt for choice. You can also find some issues with alternative covers, as well as exclusive ones that are hard to find elsewhere. And if you’re eagerly waiting for a specific issue to hit stores, you can preorder them at Wonderific Comics to secure one for yourself. 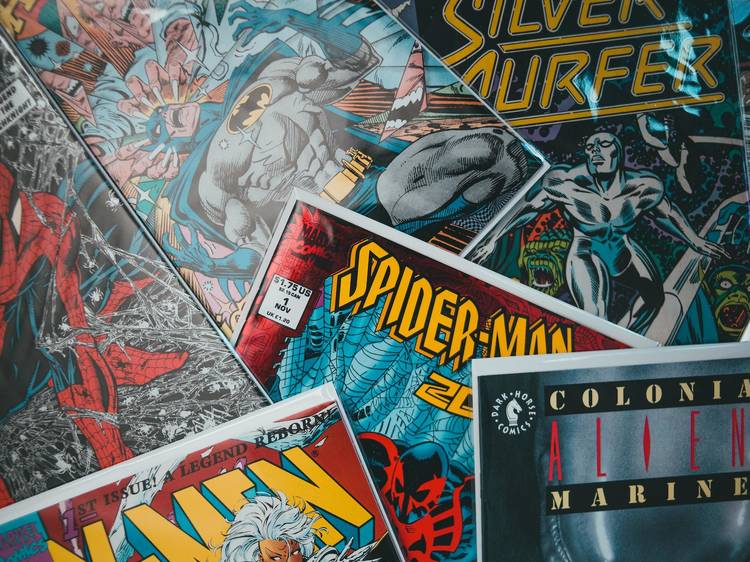 While there’s a certain joy that comes with browsing and getting your hands on a comic book, there’s also a sense of camaraderie that lies in the comic community. And if you’ve been to Singapore Comic-Con (STGCC), you know exactly what we mean. Besides the convention, GnB Comics also makes an ace stomping ground for comic book fans, artists, and writers to connect and snap up the latest and greatest. Prior to the circuit breaker, it hosted regular superhero movie nights and community events during Free Comic Book Day. 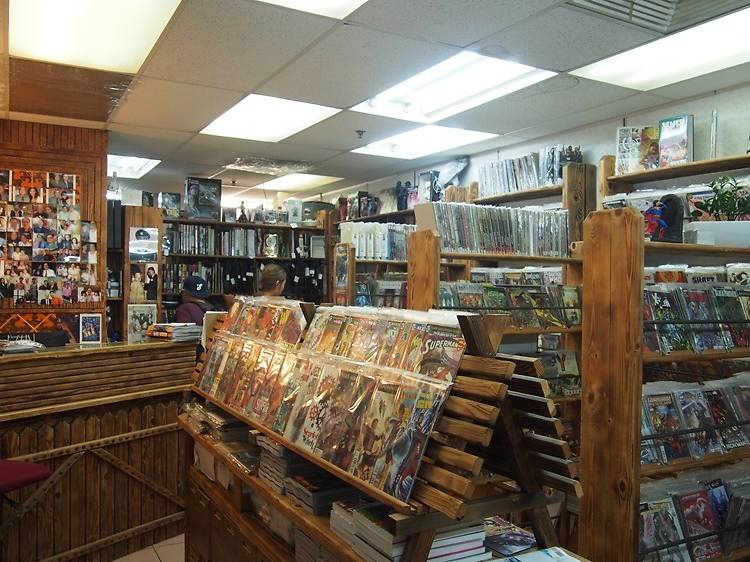 Comic book fans have been devouring issues featuring the likes of Deadpool, Superman and Spider-Man at Comics World since it first opened at Parklane Shopping Mall over three decades ago. With rows and rows of plastic-wrapped comics standing on as many shelves, it’s one of the rare places where fans – old and new – can come in every week for their dose of heroes and villains. And behind a good comic book store is a knowledgeable store owner. Ask Bill Teoh anything, and he’ll answer at a snap – without wiping out half of the universe's population a la Thanos. 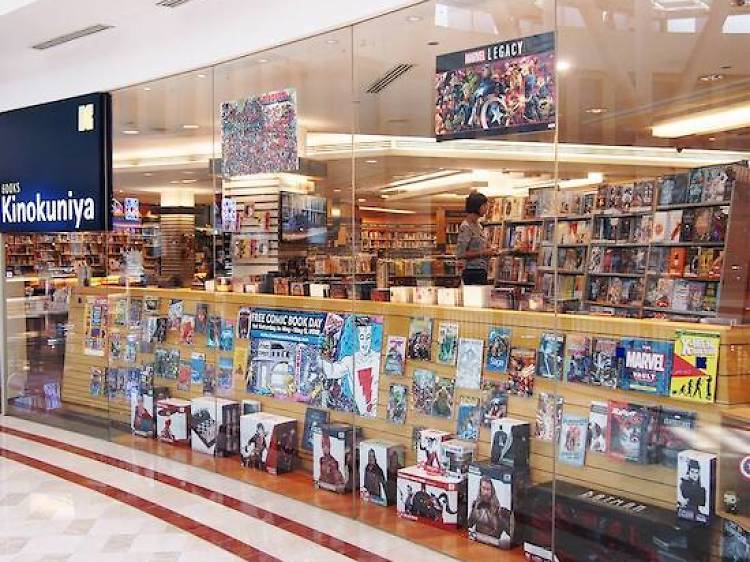 With so many titles across so many genres and languages, this Japanese book giant’s computerised book search stations are a blessing. Located in a massive space, Kinokuniya's extensive collection of comic books, graphic novels, and of course, Japanese manga will have you browsing for hours. It also offers stationery, magazines, fiction and non-fiction titles, as well as other bits and bobs, to go along with your purchase.

What’s on our radar 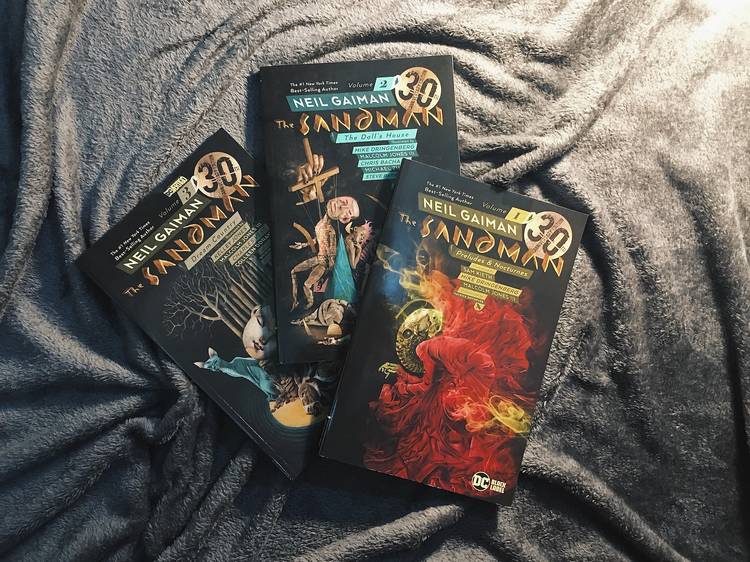 ICYMI – Netflix has announced that a live-action television series of The Sandman is in the works, with Game of Thrones’ Gwendoline Christie as Lucifer. While waiting for its release, why not fill the void with its OG comic books? Neil Gaiman’s acclaimed series follows Dream – who looks a bit like The Cure frontman Robert Smith – who is rebuilding his kingdom after decades of occult captivity. It's a pretty complicated story that’s mythic, poetic, dramatic, and, at times, terrifying but that’s the beauty of it. 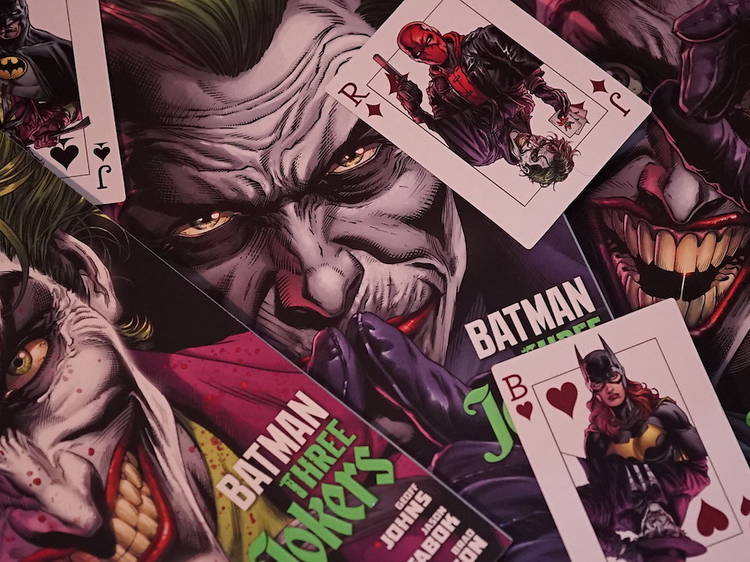 There has been a lot of hoopla around Batman: Three Jokers since the concept was first introduced in 2015. Despite it all, the much-anticipated series finally reached its conclusion last year. What started as a subtle homage to The Killing Joke turns out to be ‘nightmare revisited’ for Batman, Batgirl and the Red Hood (aka the second Robin). Connecting the dots (like he always does), the world's greatest detective realises that there’s not one but three Jokers. Baffled by it all, he proceeds to get to the bottom of how that’s even possible. 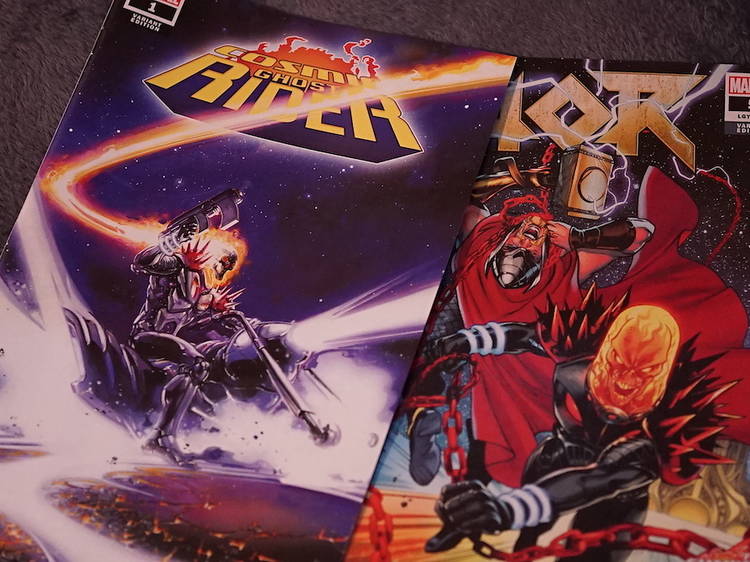 Frank Castle debuted as the Cosmic Ghost Rider in the pages of Donny Cates’ critically acclaimed 13th issue of Thanos. If that human name sounds familiar, it's because Frank Castle was the Punisher at one point. But due to a crazy twist of events – and a demonic deal with Mephisto – he becomes the Ghost Rider. After slipping into madness, he makes another deal with the devourer of worlds Galactus to become his herald in order to gain cosmic powers. This series then reveals one hell (pardon our French) of a ride that leads him to adopt Baby Thanos. 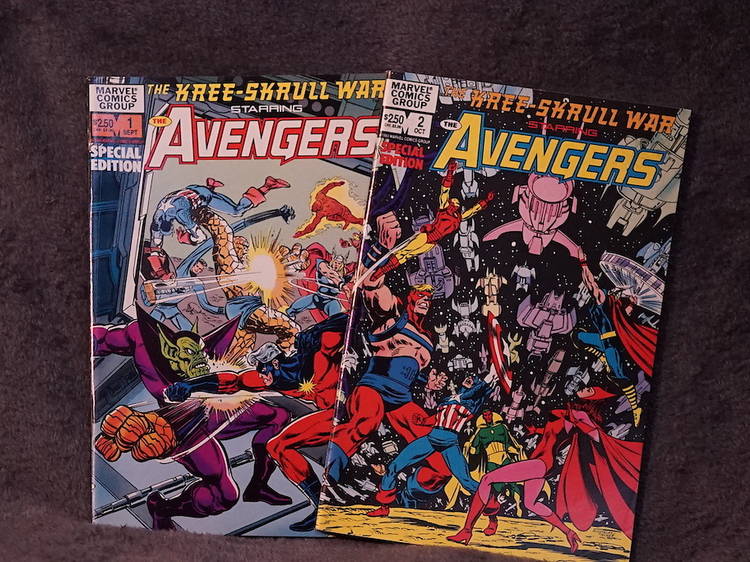 As told in the form of mythology in Marvel’s 2019 film Captain Marvel, this era-defining classic sees the Avengers becoming entangled in a political cosmic war between two alien races: the Kree and the Skrull. It's Kree's lawful evil versus the Skull's chaotic evil, which somewhat holds allegorical connotations to real-life conflicts. This action-packed series features Iron Man, Captain America, Captain Marvel, Thor, and more as they set their sights on ending the war. However, amid this nail-biting action, we're also treated to the debut of lovebirds Wanda and Vision’s romance. 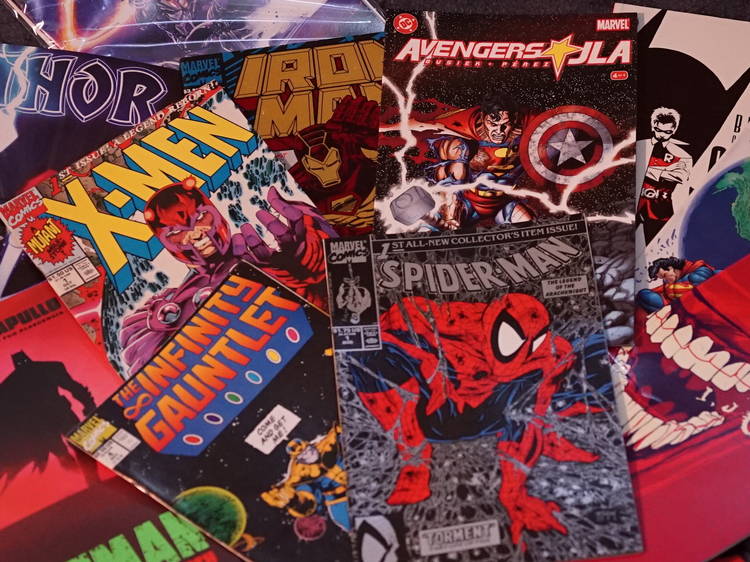 Batman: The Last Knight on Earth

Follow the Dark Knight as he navigates in a post-apocalyptic world en route to Gotham to stop Omega. In classic Batman-style, you can expect some familiar villain faces getting in the way of things. And one of them is the Joker, whose decapitated head accompanies the Bats on his lonely journey. While the Joker is not entirely in Batman's face this time, he's still playing mind games with him. The series explores the relationship between both of them in a new and never-seen-before way.

Fill up your shelves 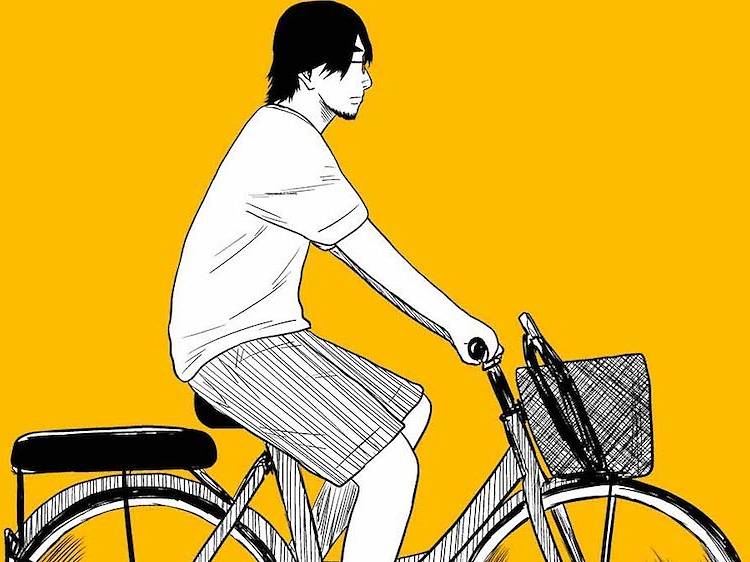 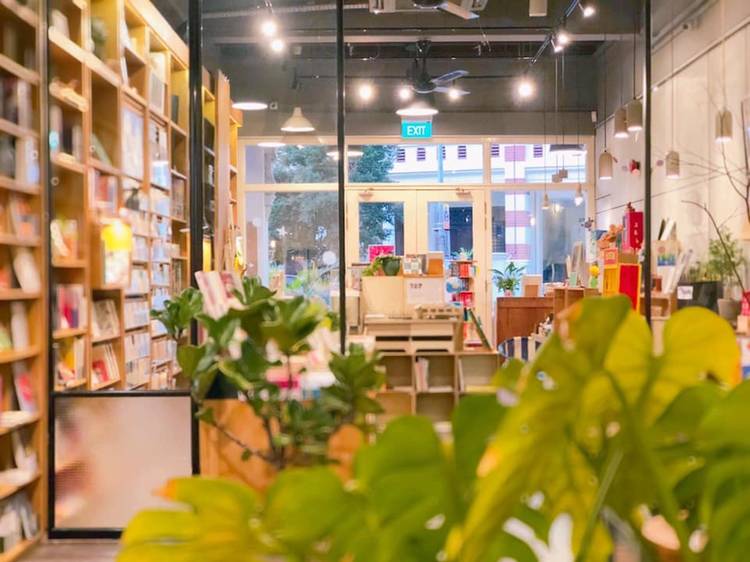 The best bookstores in Singapore 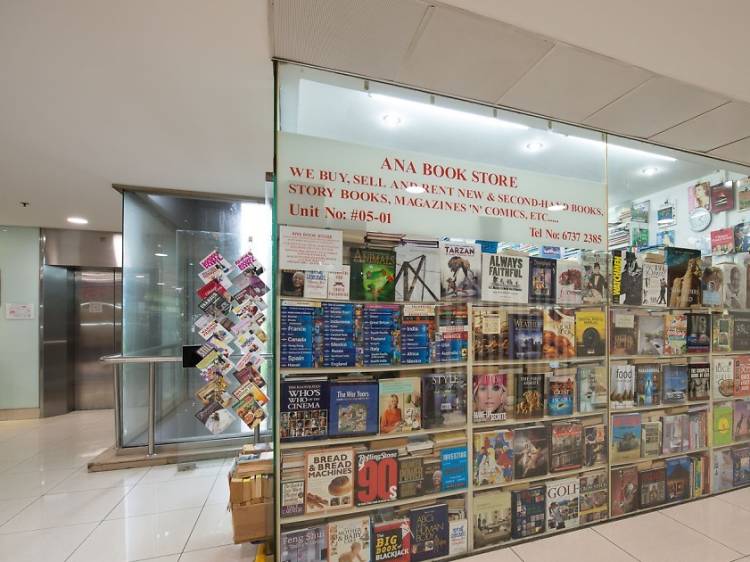