The award-winning actress tells us about 'Model Citizens', her unconventional journey into acting, and whether or not theatre is reserved for the privileged few

Siti Khalijah Zainal is a familiar face in Singapore's theatre scene. The theatre actress – who was given the Young Artist Award in 2014 – has been busy. In November last year, at a time when uncertainty still plagues theatres, Wild Rice's Funan theatre reopened with a one-woman show by Siti herself. 'An Actress Prepares' was a love letter to theatre; a promise that maybe, things aren't as bad as they seem. Evidently so, as the shows were all sold out.

There's no rest for the wicked. Siti is back at it again with her latest project, Haresh Sharma's 'Model Citizens', which forms part of The Necessary Stage's productions this year. But this won't be the first time she's performing the show. It first staged in 2010 to critical acclaim, followed by a restaging in Singapore and Kuala Lumpur the following year – each time with the same crew. Siti played her role so well that she was nominated as the best actress for The Straits Times Life Theatre Awards.

You would expect the actress to be a raging extrovert, given the loud, bold and vivacious characters she plays. However, you might be surprised to know that Siti outside of the theatre is a quieter, more toned-down individual – or so we'd find out when we got on a phone interview with her. We pick her brains on what we can expect from 'Model Citizens', her very unconventional journey into theatre, and whether or not theatre is only reserved for the privileged few.

Hi Siti! Thanks for taking time off your busy schedule for a chat. Can you tell us more about ‘Model Citizens’?

Model Citizens' brings you through the lives of three very different women who are in Singapore. They come from very different family backgrounds. Different livelihoods, different backgrounds, different class, different status. For example, I play an Indonesian domestic worker working for a Singapore family here. I work for my employer, Karen's character, who I call 'Ibu'. That is how our characters are connected.

How are both your characters connected to Guat Kian's?

Both our characters are connected because one day, we decided to seek help from her because she has power. We are dependent on each other to survive, to live.

Briefly, introduce your character to us.

My character is Melly. She’s a domestic worker, been living here for many years already. She is young, she is quite adventurous. When it comes to work, she knows what she's doing. She does her work well. Therefore, her Ibu trusts her with everything. Her employer doesn't have to worry about her going out and not coming back or coming back late.

Whatever Melly does on the outside, she makes sure it doesn't affect her work at home. Until one day, when she ran into some form of trouble and she needed to get help. She was in a desperate state and she needed her employer to help her.

Personally, as Siti, how do you relate to your character?

Some parts of the cheekiness from Melly I can understand. The fact that she is young. You have to understand that she is away from her family, what else does she have here? She is trapped in this household that’s not even hers. Getting that freedom where she can go out and be herself, I can truly relate to that. Of course, I wouldn’t understand the difficulties of how it's like living as a domestic worker in Singapore, especially when you have no family here.

Since you play the character of an Indonesian maid, how can we empathise with those working in Singapore right now?

By simply giving their basic rights. Up until now, I’m still shocked to learn that they have to fight for their Sundays off. So for me, it’s to give them what they deserve. They’re doing so much more than what they should do; being away from family to do so little. The least we can do is give them that slice of happiness that they want.

What can we look forward to for this run of 'Model Citizens'?

Besides the fact that this has been done a decade ago, the topic and issue remains the same and can resonate with the current audience. Which is why I think TNS has decided to bring it back. It’s relatable. It’s about how we are as Singaporeans. How we behave. We actually can be quite ignorant and selfish, it really makes you think.

In one sentence, how do you think Singaporeans can be model citizens especially now in this day and age?

Besides the fact that it's already 2021. I think we still lack empathy. So we can learn to empathise more. Have more understanding of each other. It's sad to say this, but there's still a lack of understanding in society. 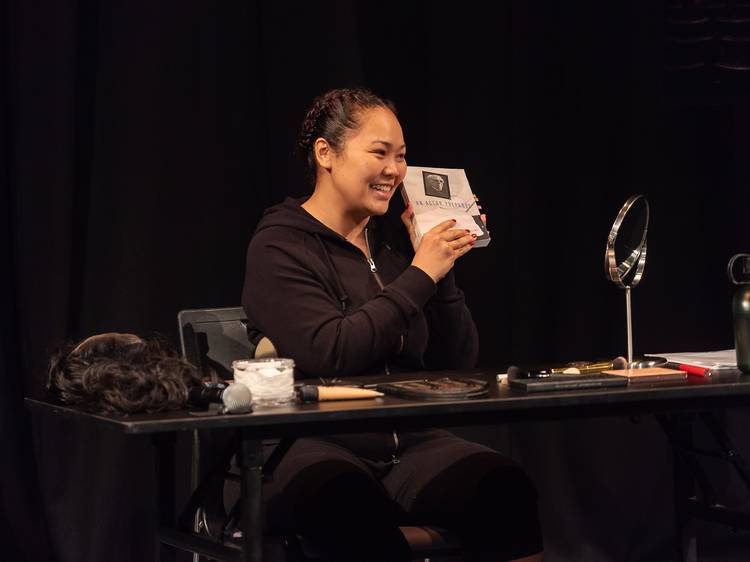 What’s one thing you love about acting?

To be able to express myself freely. As a person, especially when I’m offstage, I prefer to be quiet.

That's interesting. Would you consider yourself an introvert?

I wouldn’t consider myself a full introvert. I mean, it’s easy to label yourself an introvert. But for me, I'm performing and my work requires social interaction on a daily basis. When I’m not working, I prefer to be quiet. In a way where I wouldn’t like my surroundings to be noisy or too crowded.

On stage, I play big, loud, vibrant and funny characters. So people find it quite surprising that when I’m offstage, I prefer not to be those characters. What you see on stage is not what you get in real life. When people don’t know me, they tend to be disappointed cause I’m not as chatty or lively as the characters that I play.

How long have you been in theatre?

I started officially in 2004, right after I “graduated” from the Theatre for Youth Ensemble programme by TNS from 2003 to 2004. Right after that, I decided to explore and go into it full time.

Why did you decide to delve into theatre?

I was actually studying building and drafting in ITE. Doing theatre was something that I wanted to try before it was too late. In school, this is something I managed to get a scholarship. While I don’t have to pay for it, it was a chance for me to really explore. In that one year, I was exposed to so much and I was brought into it. I was completely absorbed into. Everything I was studying about building and drafting became insignificant; I didn’t want to study at all. Theatre became my priority.

You didn't take the usual route – if there even is a usual route – into theatre. How do you think your journey has shaped you into the actress that you are today?

It has really taught me to work really hard for what I want. It’s taught me to be disciplined. Yes, I didn't go through the usual route; I didn’t get a certificate or graduate from an art school.

When I first started out, my parents thought I was just fooling around. But I’m glad they gave me that option to fool around. Because that made me realise that this is what I want to do. And as I didn’t graduate from anywhere, I had to work extra hard. I had to prove to people that I really want to do this and I’m willing to put in the extra hour and extra effort. I had to be extra hardworking. That was what was required. I’m not saying that when you graduate from an art school, you can slack. However, for people like me who have a lot more to prove, there's some extra work that we have to put in. 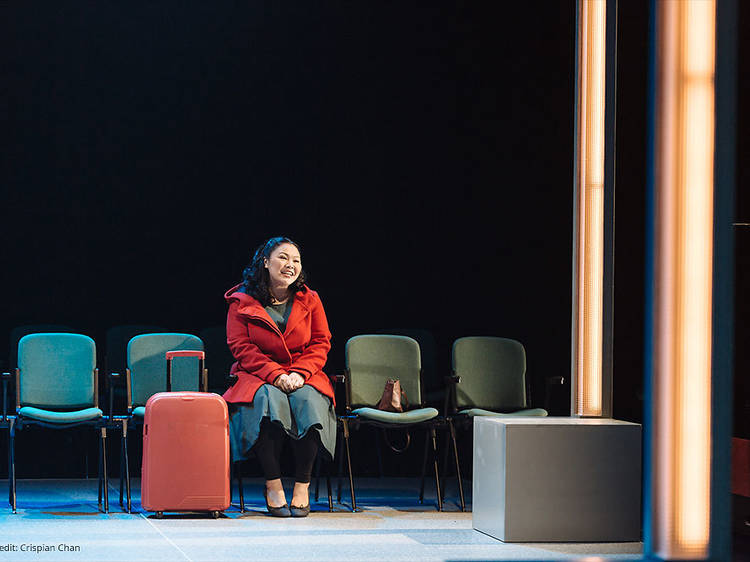 What's your advice to aspiring actors who aren't sure where to start?

I would say it's hard, especially now with Covid. But I would say, just go for it. The thing about the younger generation is that they are afraid of approaching companies and are just waiting. But if you wait, people won't know that you're around; people won't know that you exist. There's already a pool of talents in Singapore. We are small. Auditions now are held through directors watching shows. They rarely hold open auditions anymore. They are finding talents by watching shows put up by other companies so they can observe who are the good actors and what each actor can do.

What do you think theatre companies can do to help emerging talents in Singapore?

I think we should go back to having open auditions for shows. We should give them the opportunity so as to give everyone a fair chance – whether they're from an established art school or whether they have raw talent but don't know where to start or who to approach.

What are your plans for the future?

I keep thinking about how I started out, and I would like to find these 'diamonds in the rough'. Because these kids are still around, and I would like them to know that they are not forgotten. They're usually not given a chance because of how they perform academically or where they come from in terms of family background.

I would like to give them hope and a space to explore because children from these backgrounds have talent and the biggest hearts. I have personally interacted and worked with all of them. It's sad to know that some of them have to stop pursuing their passion because they have to work to earn money for their families. Passion is something that is not a priority.

Yes, there's a certain level of 'privilege' required in order for someone to explore their talent, right?

Exactly. When I started out, that was the case. The people I met mostly came from privileged backgrounds and wanted to explore theatre on the side. At the end of the one-year programme, most of them stopped delving into theatre. I was thinking: how sad it was that the space could have been filled by someone who really wants to do theatre but did not have the chance to.

I know this is still happening for underprivileged kids who are really talented. So I hope to change that. 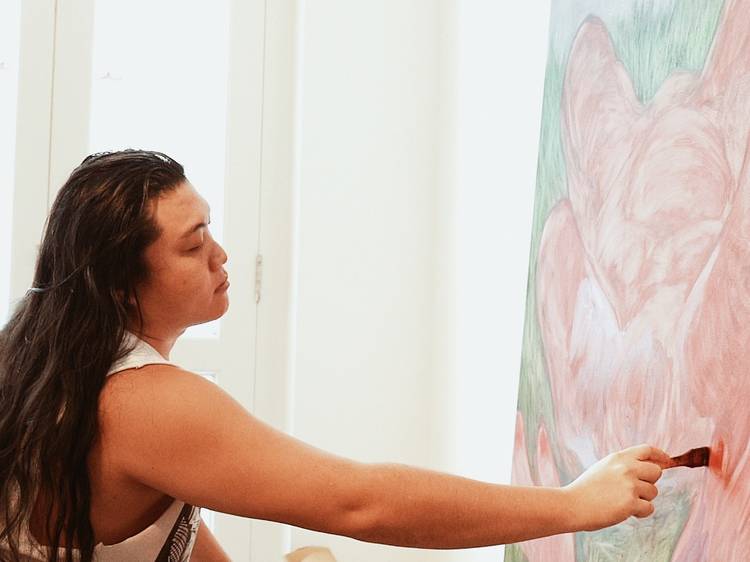 Raw conversations with Marla Bendini, a transgender artist in Singapore 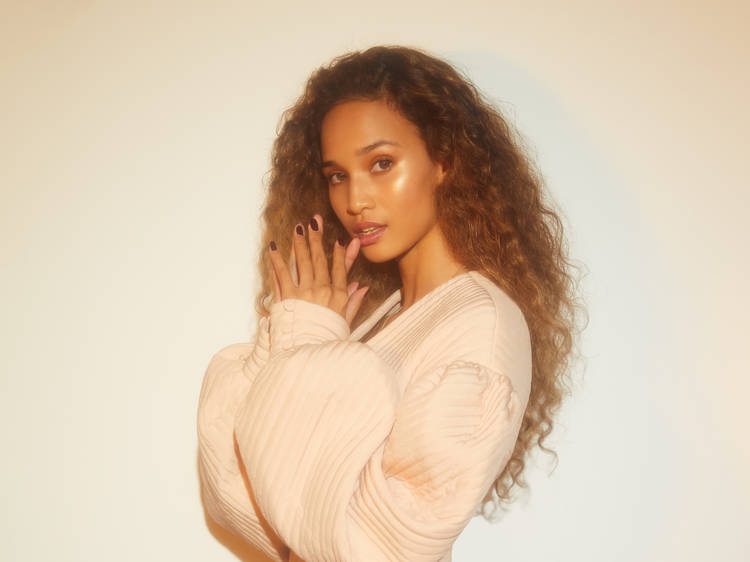 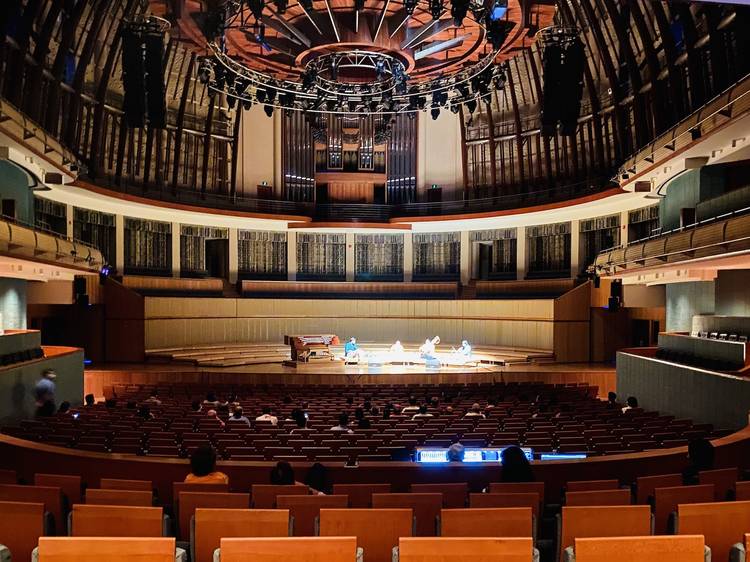