There's an alternative way to soak up some nature without having to brave through the heat – or rain. A relaxing and scenic drive down one of Singapore's heritage roads is definitely the comfier option – think leather seat and air-conditioner – to be one with nature and learn a thing or two about the road's past. These roads are lined with mature trees that form the backbone of the city's landscape and are a result of over 40 years of dedicated care and growth.

In 2001, the National Parks Board (NParks) launched the Heritage Road Scheme with the aim to conserve the significant tree-lined roads. To preserve these tree-scapes, a green buffer of 10-metres on both sides of the road is implemented and any removal of trees or plants is considered illegal. With rapid development, there is a strong sense of urgency to recognise the importance of these mature trees and their contribution to Singapore's identity, history, and continuity. Buckle up – here are the ones that have been gazetted as Heritage Roads as of 2006. 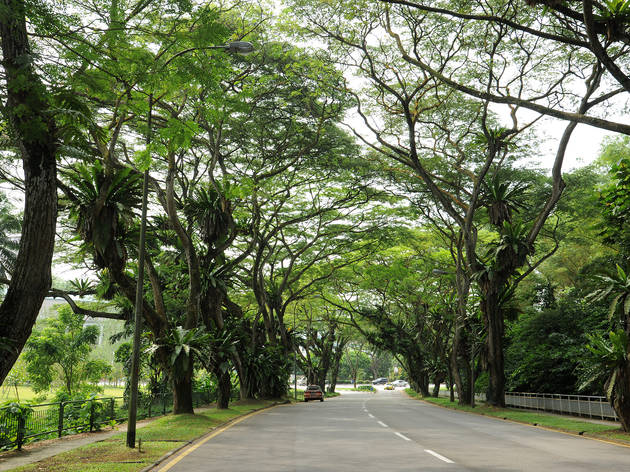 Cruise through Arcadia Road's green tunnel and relish the shady canopy of lush, mature rain trees. Along this tranquil road, you'll also find old civil service residences of Adam Park Estate, a testament to Singapore's colonial past. Make a pitstop at Adam Road Food Centre and refuel with some hawker food before moving on to your next adventure.

Fun fact: prior to the construction of the Pan Island Expressway, the road was a gentle curving track between the neighbouring hills that leads road users to the various country pathways behind the Eng Neo private estate, in the direction of the former Turf Club. 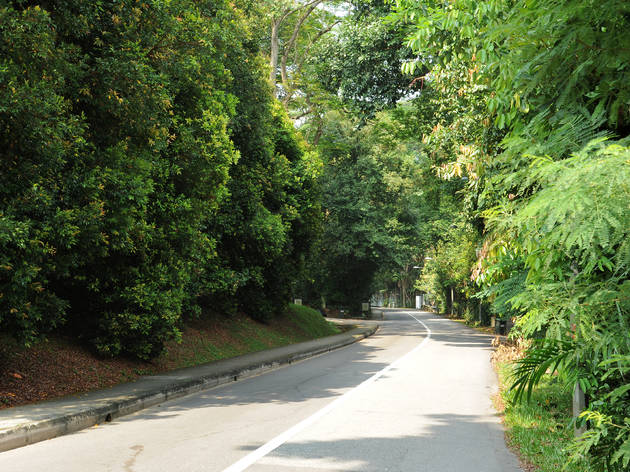 Soak up the views as you slowly drive through the quiet, leafy road flanked by mature saga trees. While you do so, take a trip down memory lane and check out the black and white colonial bungalows in this area, which used to house families of the police force before WWII. These charming houses are also fronted by wild sown trees such as cinnamon, palms, and figs. You can even find a massive Burmese banyan tree which has been gazetted as a Heritage Tree standing in front of one of the houses.

Fun fact: one of its earliest resident Mr G. H. Brown owned the estate in the 1860s and lived in an address that shared the same name as the hill it was located on – Mount Pleasant. Few years down the road, part of the property was named Bukit Brown – yes, the well-know cemetery – which could be a nod to the man. Today, the cemetery grounds occupy the hilly slopes along Lornie Road. 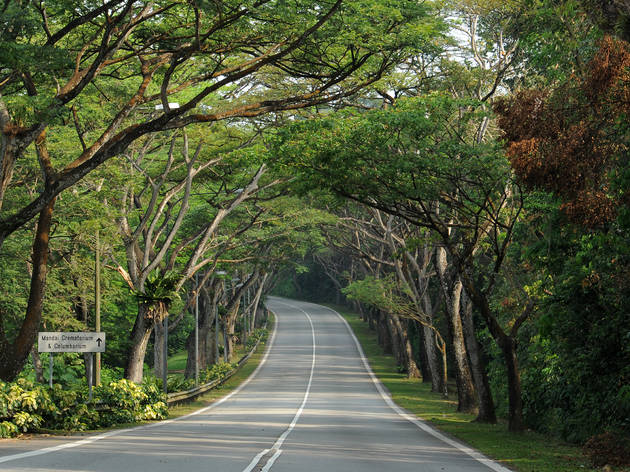 Besides being home to the Singapore Zoo, Night Safari, and River Safari, Mandai also has one of Singapore's oldest carriageways. Roll down the windows and delight in the sight, sound, and smell as you whizz by Upper Seletar Reservoir. As you drive further down, you'll be greeted by rows of mature rain trees and their widespread canopies and surrounded by the lush vegetation of the secondary forest.

Fun fact: the road was constructed in 1855 as one of the main accessible links between Woodlands and Upper Thomson, acting as a connector for agriculture and poultry farming villages such as Bukit Mandai, Sungei Mandai, and Nee Soon Village. 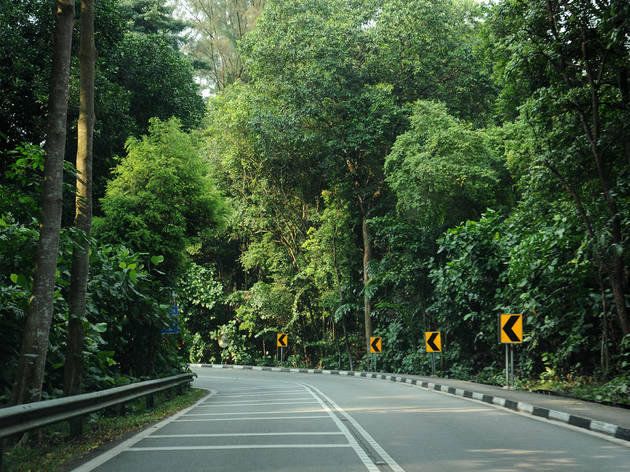 Make your way to the high ridges of Kent Ridge Park for a scenic boulevard flanked by the forest edges of silver backs, acacia, tembusu, and tiup tiup, as well as pelong trees, kelat nenasi, salam, and yellow flame trees. As its name suggests in Italian, the downhill slopes of South Buona Vista Road were used to offer drivers stunning elevated sea views. But keep your eyes on the road and watch out for the notorious hairpin curves of the green tunnel that links Dover to Pasir Panjang Road.

Fun fact: the ridges were the site of the famous battle of Pasir Panjang, where the Japanese forces and the Malay Regiment, led by Lieutenant Adnan, clashed in February 1942. Years later, the road was used as part of racing circuits for motorcars and bicycles from the 1950s to the 1980s due to the slopes and hairpin curves. 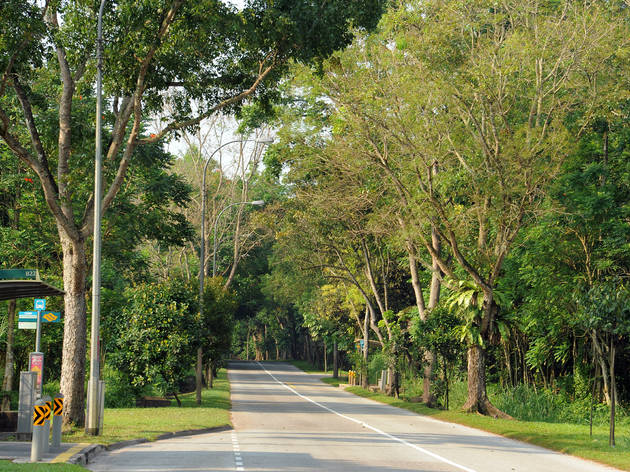 Travel back in time down this historical outback filled with the old kampong vibes, and the verdant greenery of angsana, broad leaf mahogany, and rubber trees, as well as the thick shrubbery of Simpoh Ayer and Common Sendudok. The mature trees that lined this rural road are the same ones that sheltered old attap and zinc-roofed houses back in the day.

Fun fact: constructed before the 1900s, this road served the gambier, pepper, and rubber plantations that dotted the north-western countryside. As the population grew, the road became the main link between the villages and the city-bound roads of Choa Chu Kang and Bukit Timah. 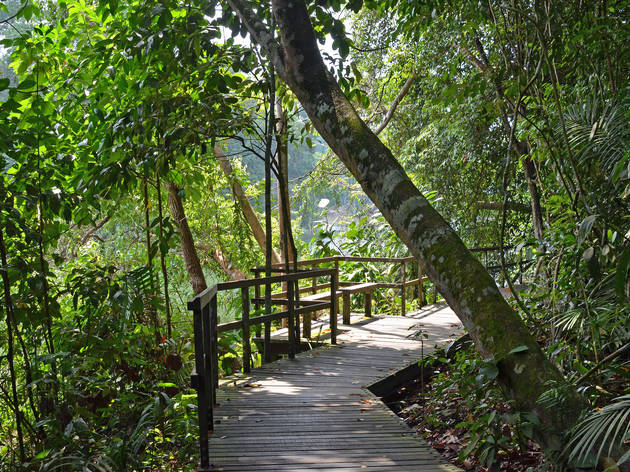 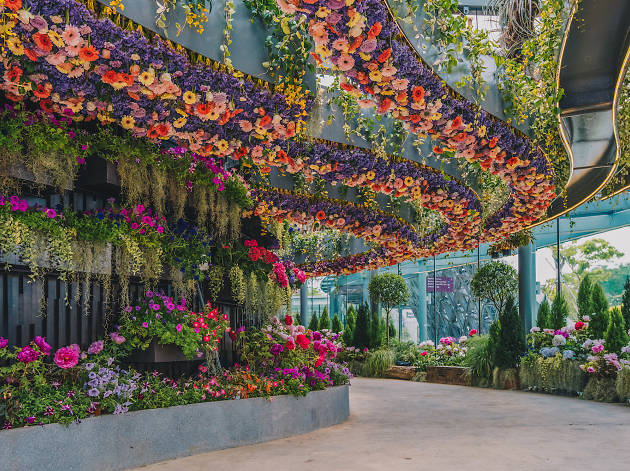 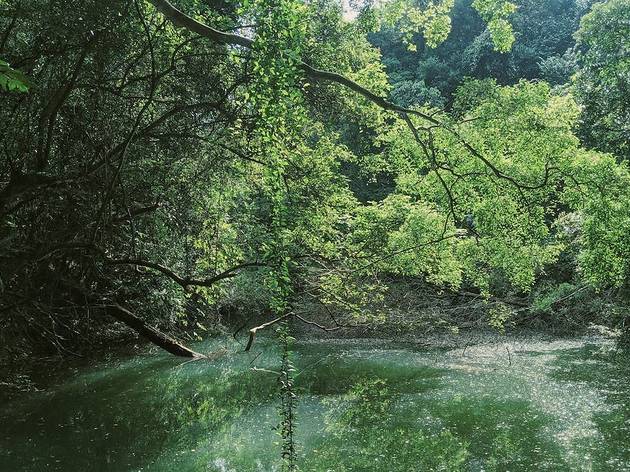