The city-wide festival is ready to revitalise Sydney. Here's our insider's guide to the 2022 program

Update, Jan 4 2022: since this article was first published, many Sydney Festival performances have been cancelled or postponed. Always check ahead to see if a show you're planning to attend is still running.

Sydney is set to be awash with culture in January, and the timing couldn’t be better. Think mainstage musicals, pop-up shows in unconventional places, installations in public places and performers appearing everywhere from a woman dangling precariously over Sydney Harbour, to explosive BMX freewheeling through Parramatta, and acrobats flipping around a steel cube dropping in various parks. The 2022 Sydney Festival program has embraced the notion of having “something for everybody” and taken a thoroughly ambitious run at it. The result is a dazzling program of 133 events spanning across the city and the digital realm over 25 days.

“We've created a festival that is indoors, outdoors, and online at home. So we feel that we've got a festival that caters to the varying levels of Sydneysiders’ confidence to get out there, post the latest lockdown, and experience summer,” says new artistic director Olivia Ansell.

While the iconic sight of the Spiegeltent and Festival Garden in Hyde Park is on hold as the area undergoes some grass revitalisation, the new program is bringing life to some new spaces. All roads will lead to Speakers Corner, a 1,000-seat, pop-up performance space on the square outside St Mary’s Cathedral, the site of Sydney’s original “free speech” gatherings. You’ll get a good view of it from across the road at a late-night speakeasy popping up on the roof of the Australian Museum.

The program is curated to help recultivate Sydney’s ailing late-night reputation. When we spoke to Ansell just after her tenure as festival director was announced in mid-2020, she wasn’t afraid to reflect on the embarrassment of having nowhere to take some visiting artists for a drink and some supper after a show at a previous Sydney Festival – everywhere was closed. This year, events at venues like Hordern Pavilion are being treated more like “happenings” where you can hang out before and after the performance. Sessions of the audio theatre experience The Nightline at the National Art School on Observatory Hill don’t start until well into the night, so you can get a run-up with dinner, drinks and/or another show. 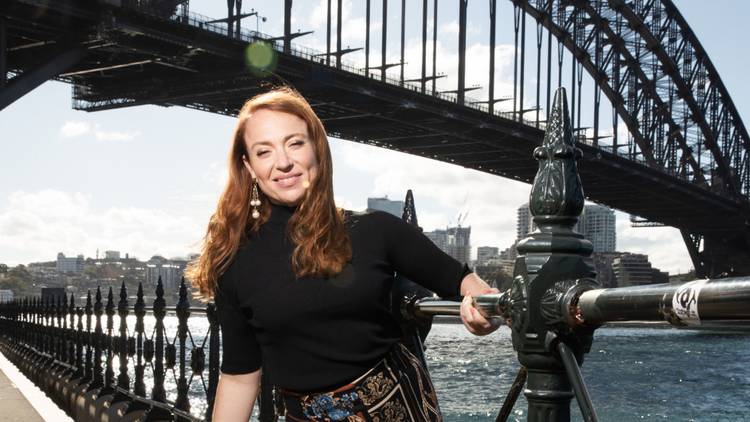 Stepping into the rather large and revered shoes of her predecessor, celebrated theatre director, playwright and proud Nunukul-Ngugi man Wesley Enoch, Ansell is going big with her first season, featuring a highly accessible yet diverse program and a new festival logo. Developed with creative artist in residence Jake Nash, there are four themes running through this year’s program: Hope, our dreams for the future; Change, empowering hope through action; Unite, to reunite artists with audiences; and Recover, to restore culture safely to our city this summer.

“Wesley left the most incredible legacy for Sydney Festival, and he really championed the work of First Nations [artists]. He was the most gracious, humble and helpful festival director in handing that baton over,” Ansell says.

As much as Ansell is seeking to push the festival further and use the program to put a new lens on how people interact with the city, she is also upholding Enoch’s most important legacies, including the Blak Out program, which celebrates First Nations artists and The Vigil, a moment for unity and reflection on the eve of January 26.

As Australia inches towards reopening its international borders to the world, the festival was able to score some international artists for 2022. However, Ansell is most excited to get homegrown artists back out in front of local audiences. “Our defining role of the 2022 program is to get behind Australian artists and get them back on their feet," she explains. "They've been through so much since March 2020, and we have to restore their livelihood. So I'm pleased that this program employs 900 artists over 25 days.” 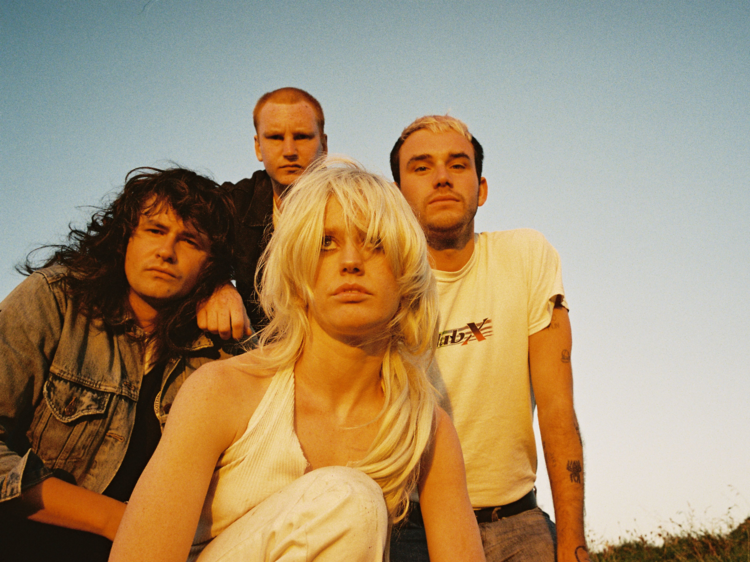 Photograph: Supplied | Amyl and the Sniffers

Sydney’s original Speaker’s Corner in the Domain was historically a place for activism, eccentricity and free speech – where anyone could jump on a milk crate and make themselves heard. This summer, Sydney Festival is swapping out the milk crate out for a main stage and audiences of up to 1,000 people, giving a platform to an eclectic line-up of Australia’s finest musicians and comedians. Take your pick from 22 nights of live music, DJs, a dash of comedy and a fat splash of street art in the CBD. Acts include the fierce new face of Aussie punk, Amyl and the Sniffers; indie-pop songstress Washington will pay tribute to her EP Insomnia on its ten-year anniversary; B Wise presents Jaime, a special collaboration show with a cast of friends to celebrate his new hip-hop record and ode to Western Sydney; rising rapper and Malyangapa, Barkindji woman Barkaa will give us a taste of her EP Blak Matriarchy; and you can also catch sets from Cash Savage and the Last Drinks, Emma Donovan and the Putbacks, King Stingray, the Beths, and loads more. The season runs throughout the festival from January 5 to 30, and tickets range from $39 to $59 plus booking fee. 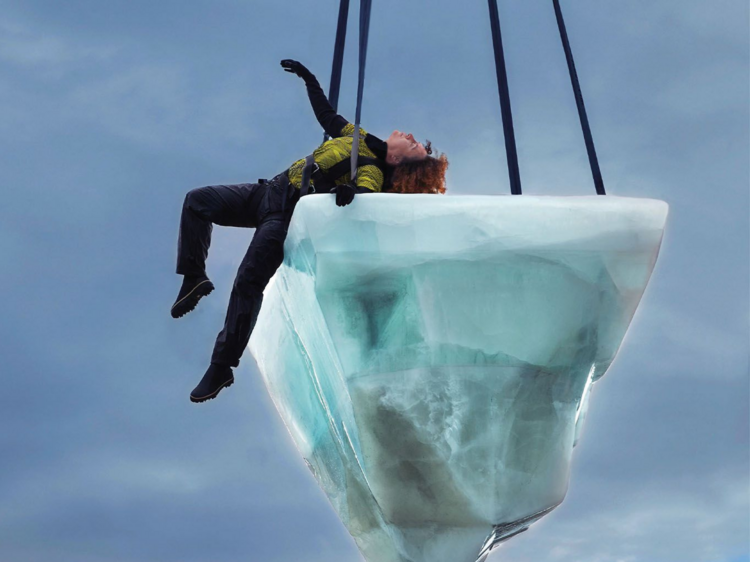 Featuring a 2.7 tonne, intricately sculpted block of ice hoisted 20 metres above Sydney Harbour from the foot of the Opera House, epic performance art piece Thaw (Jan 14-16) from renowned local company Legs on the Wall returns to Sydney Festival with poignant timing. On this precarious iceberg, a lone woman scrambles to protect it from the elements and the industrial crane that seems to toy with them both. Part art installation, part performance art, and part slow-drip suspense thriller, Thaw delivers a climate change message you won’t soon forget. Performed by three artists throughout the day, Thaw runs from 10am to 8.30pm over three days. The event will also be available to view as a livestream as part of Sydney Festival's At Home digital program and on Sydney Opera House's Stream platform. 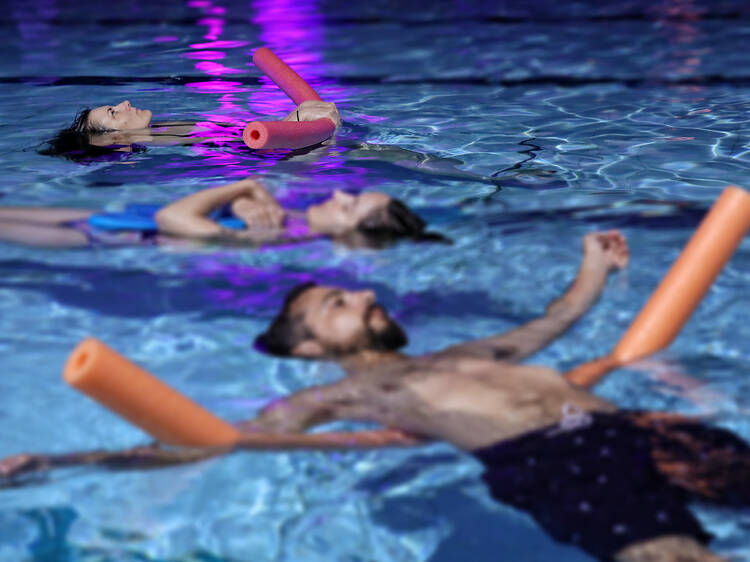 You can quite literally dive into this truly immersive experience at Sydney’s most scenic man-made outdoor swimming spot, the Andrew (Boy) Charlton Pool. As dusk settles over the harbour, Floors of Heaven: Submersive Study (Jan 6-9) invites you to submerge yourself underwater and discover the ambient sound of the eclectic UK artist, Leon Vynehall, as his pre-recorded soundscape washes through the pool’s underwater speakers. 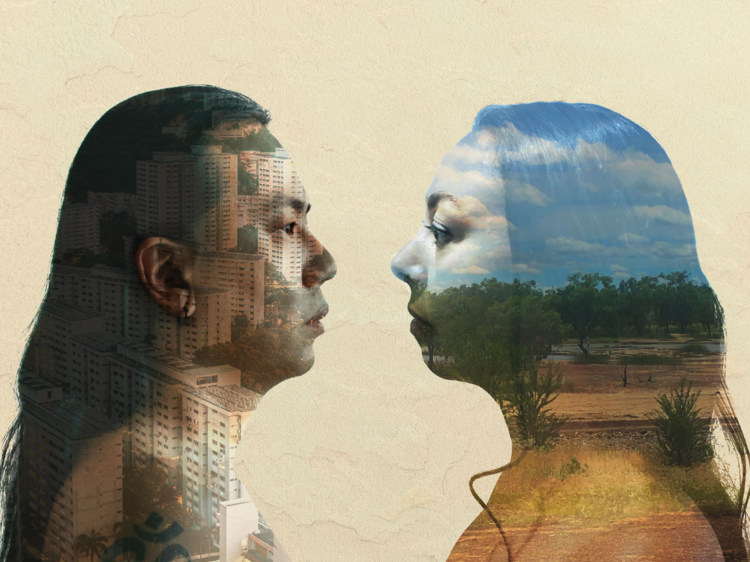 Part concert, part story, part ceremony, 宿 (stay) (Jan 9-16) tells of the invisible ties that bind us. With a haunting blend of music, dance, film, design and dialogue, this new work was created by Western Sydney company Kurinji, its co-founder/writer S Shakthidharan (the playwright behind Counting and Cracking, which earned a whopping five stars from us at Sydney Festival 2019) and the renowned Singaporean sound ensemble SAtheCollective. Bound by buried secrets, three women who don’t know each other will find their lives colliding. Tickets range from $55-$65 plus booking fee. 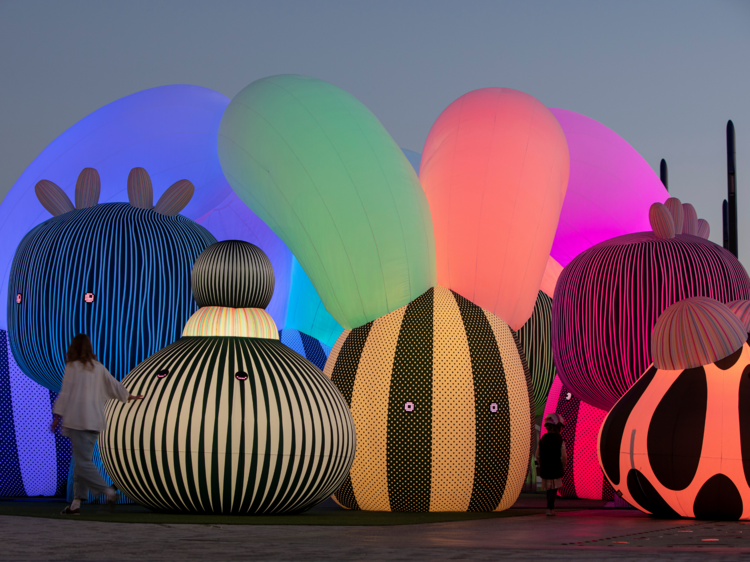 From the minds of art and technology studio ENESS, the meditative and mystifying multi-sensory installation Airship Orchestra (Jan 6-30) touches down at Tumbalong Park in Darling Harbour for the festival's duration. Made up of 16 inflatable sculptures rising up to six metres high, this interactive installation pulsates with glowing light and supernatural song and is the perfect spot to snap some festival selfies. 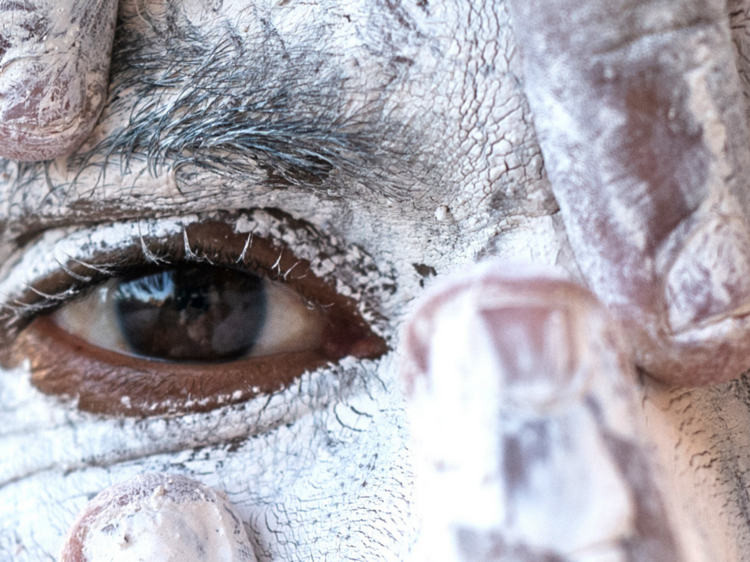 This large-scale artwork is taking over Stargazer Lawn at Barangaroo for the duration of the festival. Future Dreaming (Jan 6-30) serves as a place to gather, look to the past and demand the future. Conceived and created by First Nation artist Jacob Nash, head designer at Bangarra Dance Theatre and Sydney Festival’s creative artist in residence, this work responds to the rising need for social, political and cultural change. 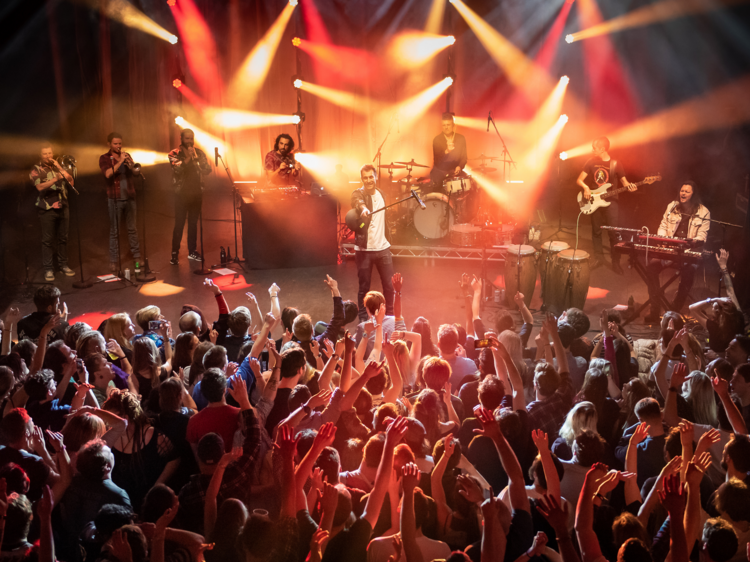 After two decades making joyful noise together around the world, playing over 1500 shows, two Glastonbury Festivals and a whopping 16 Byron Bay Blues Fests, beloved Australian party band the Cat Empire is farewelling its original line-up. Yes, the cheeky crew that catapulted to mainstream success in 2003 with the earworming hit ‘Hello’ is now saying “goodbye”. Sydneysiders have the opportunity to give the departing band members a farewell to remember, as they play their final ever show at Parramatta Park at Parramatta Park as part of Sydney Festival on Friday January 21. Tickets are $127.