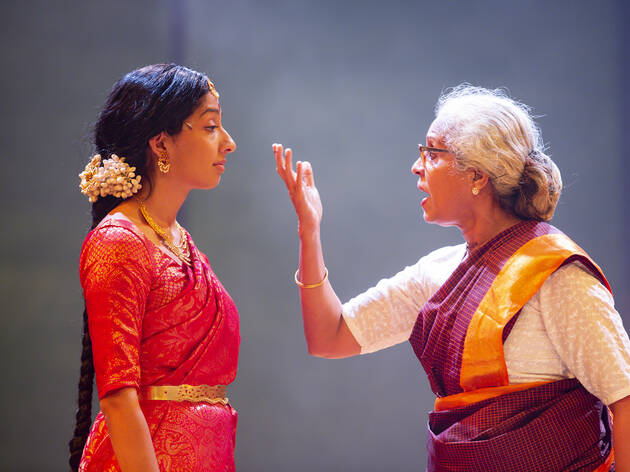 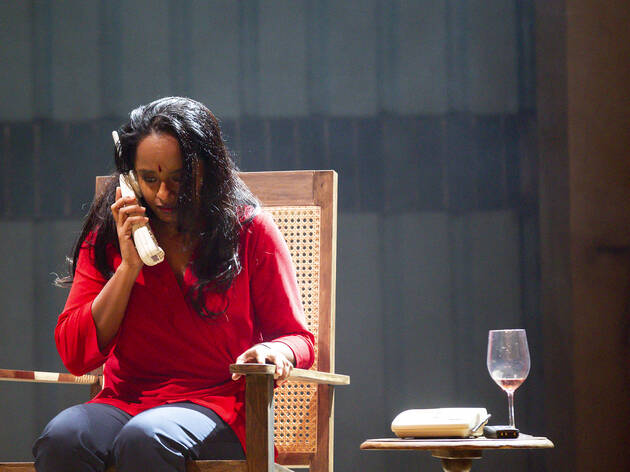 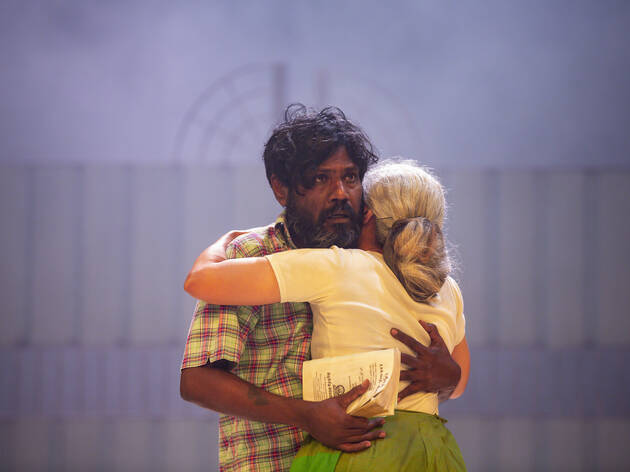 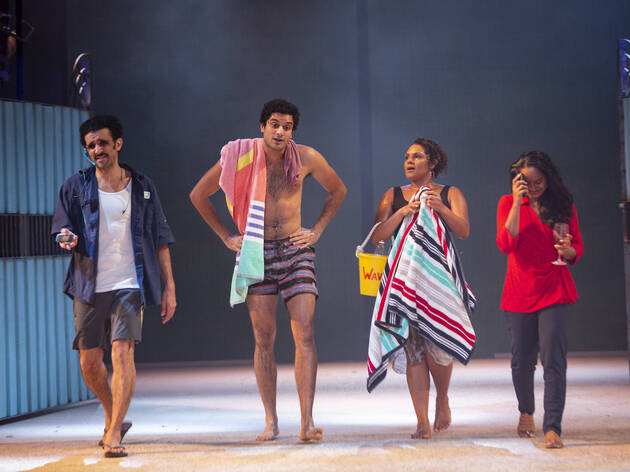 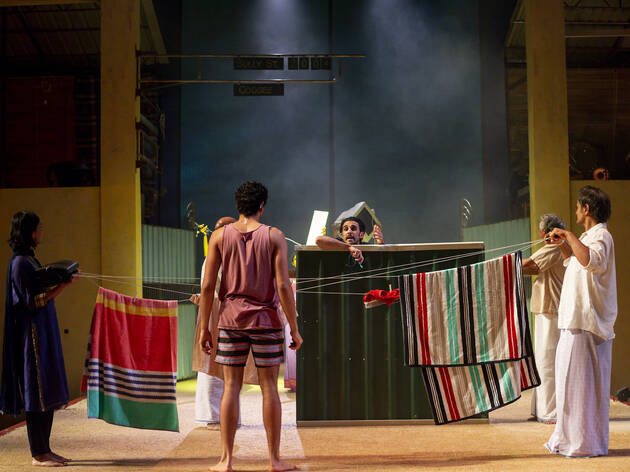 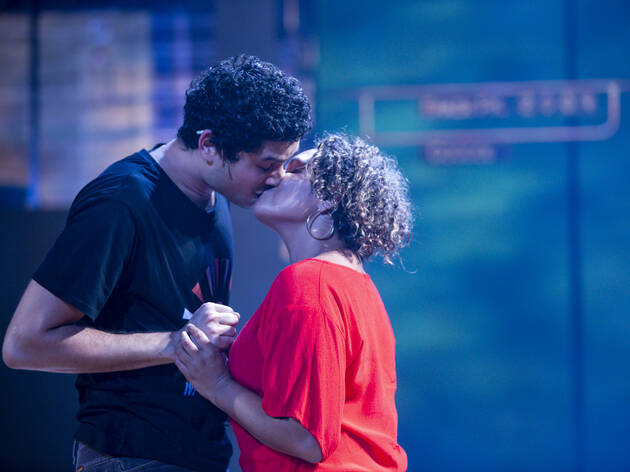 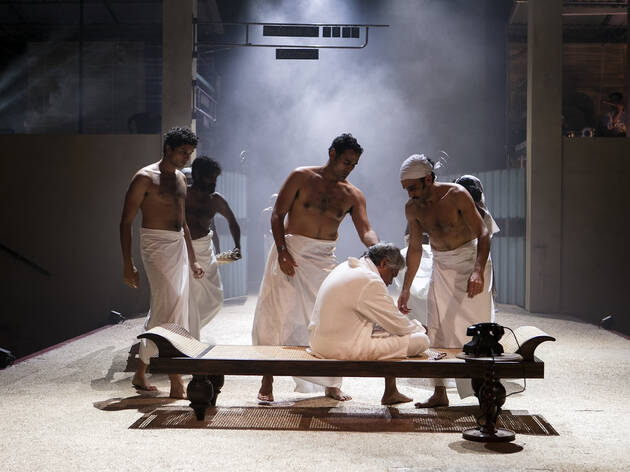 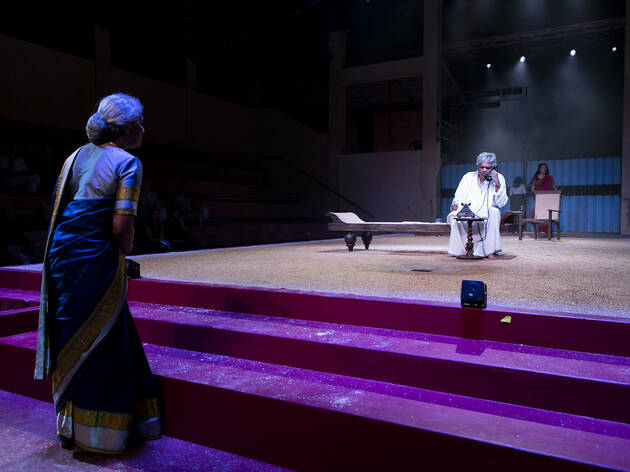 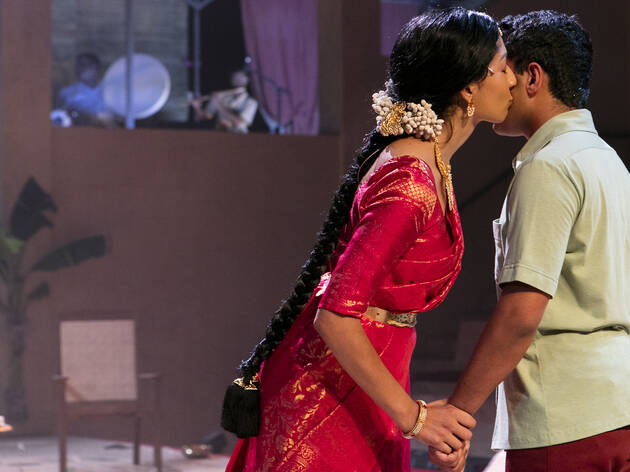 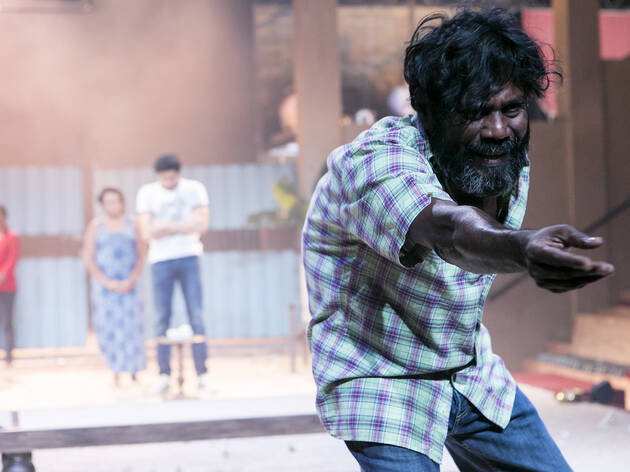 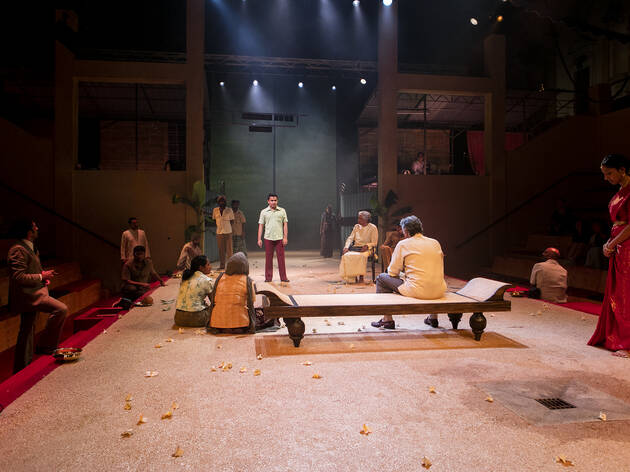 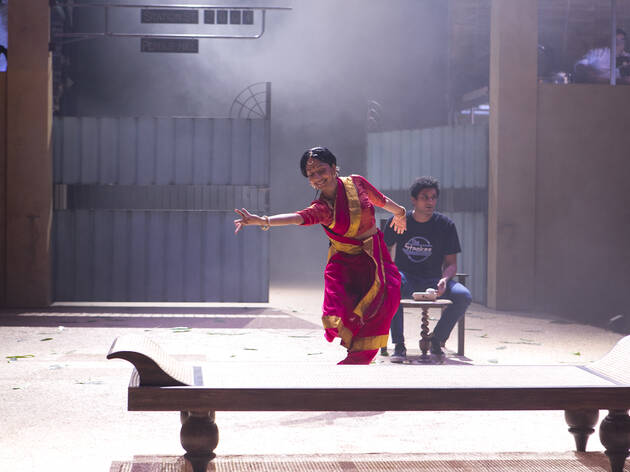 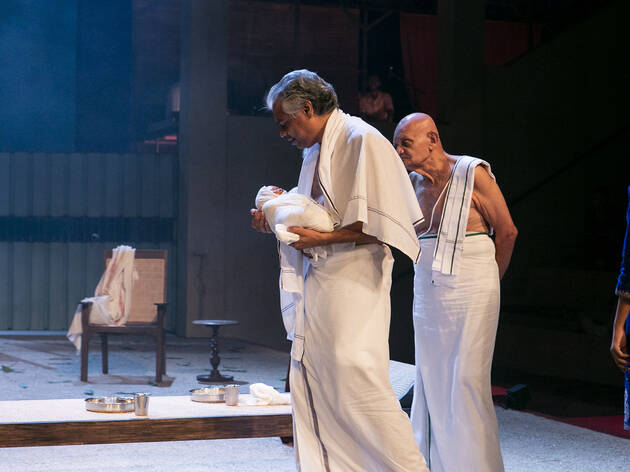 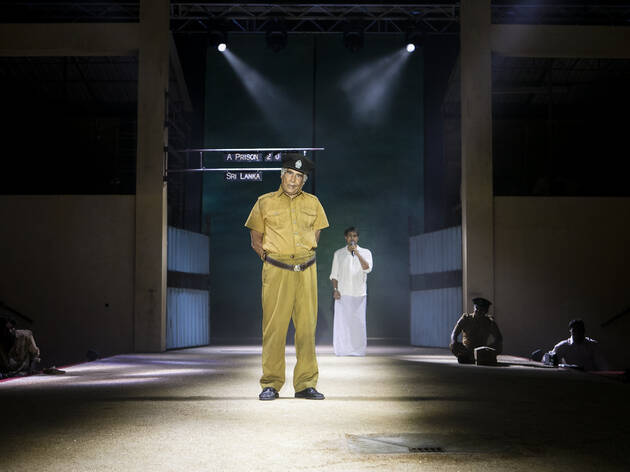 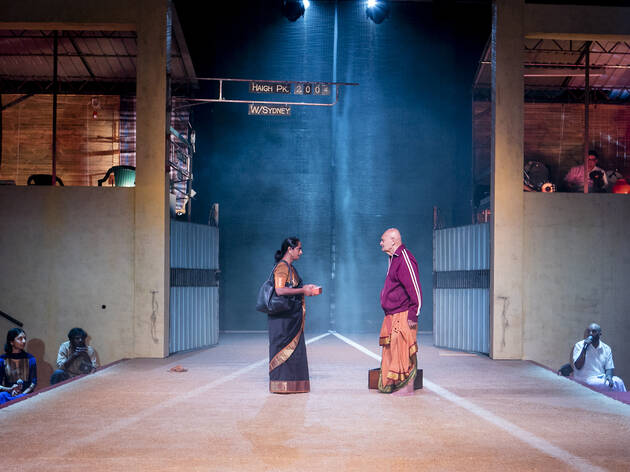 It’s only January, but we have an early contender for the best play of the year in Counting and Cracking.

And we certainly won’t see another play like it any time soon. Set in a recursion of town halls – a Sri Lankan-style one built inside Sydney’s landmark Town Hall – Counting and Cracking takes place in both Colombo and Sydney, in the 1970s and 2004, and always keeps one foot in each world; as we are about to see, the past and present are not so easily separated.

Radha (Nadie Kammallaweera, in an outstanding performance) and her son Siddhartha (the ever-likeable Shiv Palekar) are settling into a new phase of their lives. They have been in Sydney for 21 years – Radha arriving while pregnant with her son. Sid, a Tamil man with a Sinhalese name, doesn’t know much about his family past, and for now his mind is fixed firmly on the future: he has moved out of his mother’s home in Pendle Hill to a flat in Coogee, where he’s studying media studies and falling in love with Lily (a pleasantly sharp Rarriwuy Hick). Their romance is lively, warm, and, as they talk about their grandmothers’ stories (Lily is a Yolgnu woman), their connection is palpable.

Meanwhile Radha, widowed before her voyage to Sydney, is considering going on a date with a charming air-conditioner tradesman (Hazem Shammas) – a tentative step towards some happiness. She has trouble letting go of things; in fact, her grandfather’s ashes have been under her bed for 21 years. She can’t quite bring herself to complete burial rites, but now, she thinks, might be the time.

But it’s in this moment of forward momentum that their entire world shifts. Radha receives a phone call from Colombo that instantly changes the fabric of her family, and challenges the reality of her life – and Sid’s life, too.

And so we move through time and space, going back to Radha’s life as a young woman in Colombo. That means, too, the beginnings of the Sri Lankan civil war, which was sparked by persecution of the minority Tamil Sri Lankans by majority Sinhalese.

We meet her parents and grandparents, especially her grandfather – an MP called Apah (“Father”) by all, played by Prakash Belawadi – but also Sid’s father, and the family, friends, and political influencers that seemed to decide the fate of the country from Radha’s front porch (young Radha is played with idealistic fire by Vaishnavi Suryaprakash). And as the events of the past collide with the present, and the riots of Black July approach, we are left reckoning with how much we are all shaped by the family who came before us, the government who sit above us, and the people around us. This is a story of refuge, love, power and identity, and despite its three and a half hour running time, it flies by, as easy and essential as breathing.

It’s staggering that this is Shakthidharan’s debut play, because its narrative structure is tight and artful, its dialogue pitched almost entirely at the intersection between head and heart, and its story is epic in scale, but never sprawling. It blends time and place with feeling and clarity. A glance through the published script shows a fair amount of deviation from the page to the stage – suggesting that collaboration in the rehearsal room has only made this work stronger; the finished, living project is more cunning in its deployment of information; it flows easily.

And Shakthidharan’s ear for dialogue is very good: almost every single line feels well-judged, and never ignores the so-human reality of happiness, trauma, and other emotions occurring simultaneously. This is not an easy thing to pull off, because it’s complex and hard to balance.

Flack’s direction is expansive and generous; every character shines, and moments linger for the right amount of time before moving to the next. For all the production’s sometime heaviness, there are moments of pure play-making: the props for a slip-and-slide, for example, are carried out by cast members in surf lifesaving gear.

The production is deepened by musicians Kiran Mudigonda and Janakan Raj – from the scoring of critical life moments to the sheer delight of hearing a carnatic take Skype’s signature call sound. And on Dale Ferguson’s set, a world within a world, with a thrust stage, a pool of water, and new wooden benches, you can’t help but feel transported. One small note: if you’re seated between speakers, you might lose a few lines before your ear adjusts to the acoustics in the space.

But this is a theatrical world that invites you in, bellies warmed from the communal pre-show meal of Sri Lankan food (included in the ticket price), with early humour and charm, and characters that leap off the stage, fully realised.

Refugees from the Tamil Sri Lankan diaspora have consistently struggled to be granted asylum in Australia; Australia has even voted against UN Human Rights Council resolutions to investigate the Sri Lankan government for war crimes committed during the Sri Lankan Civil War. This is not a struggle of the past, either. It is happening now.

Yesterday, home affairs minister Peter Dutton refused to grant an asylum visa to a Tamil couple who have settled into a small Queensland community, married now, with children, and beloved by their neighbours; he intends to deport them to Sri Lanka, where they will most certainly face persecution. He said: “We are not going to allow people to come here by boat and stay here permanently. We’ve been very clear about that.”

But Counting and Cracking is clearer about life, and humanity, than Peter Dutton could ever hope to be. See it.

Read our interview with Flack and Shakthidharan and check out our top 20 picks of the 2019 Sydney Festival program.