The heritage-listed Sydney Harbour Bridge is as iconic to the Emerald City as the shell-like white sails of the Sydney Opera House. But you might not know that the design for the 'Coathanger', as we affectionately call it, which is the largest steel arch bridge in the world, was not decided upon very easily. In 1900, the government announced a worldwide competition for the design and construction of the bridge, and more than 70 designs were rejected. British firm Dorman Long eventually won the contract in 1924 after successive competitions were held.

That's right, the decision process took nearly a quarter of a century. The bridge we know today was opened 89 years ago in 1932, after construction started in 1923. But it could have been a very different story. Let's explore some visions of just how differently Circular Quay would look if the government had been swayed by another proposed design. These incredible digital renderings were created by UK-based creative studio NeoMam, as commissioned by Budget Direct Travel Insurance.

RECOMMENDED: Learn the fascinating stories behind these super-secret Sydney spots. 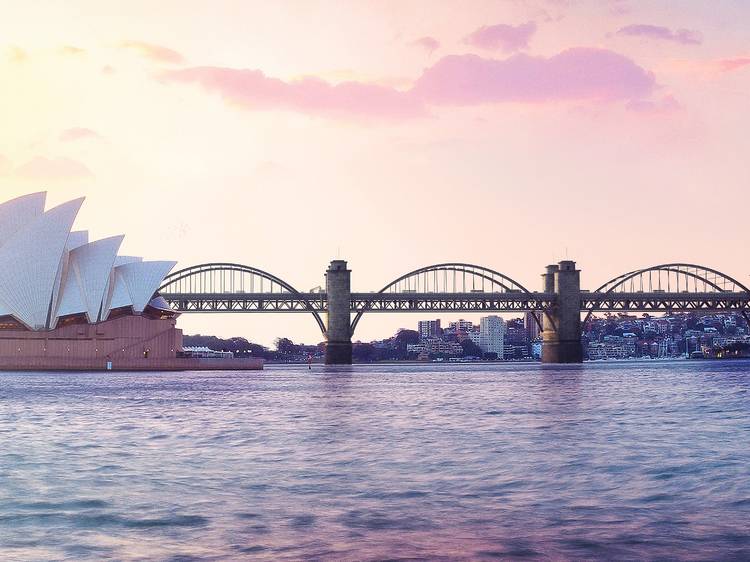 British-born Australian architect Norman Selfe came very close to being known as the man who designed the Sydney Harbour Bridge, and it kinda sounds like old mate was actually done dirty. He submitted various designs for various competitions, coming second in 1900. In 1902 he won a second competition, however the bridge was never built due to an economic slowdown, which meant that and he couldn’t claim his prize money of £20,000 for further work he did on the designs. He submitted further plans in 1908, but city planners at the time favored a tunnel instead. Despite his design not being used, he was successful and well-regarded enough to have an area of the city – Normanhurst – named after him during his lifetime. We wonder how the New Year's Eve fireworks display would look when spread over three mini versions of the steel arch we know today? 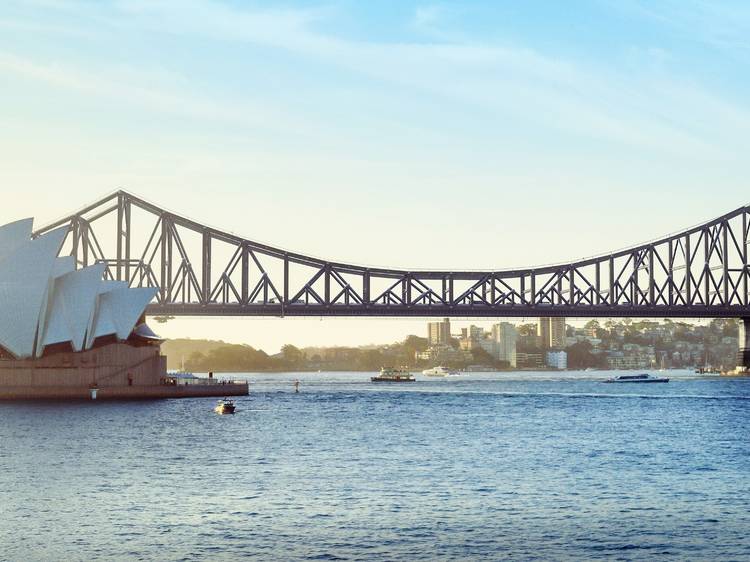 Before Dorman Long (and Co) eventually won the 1924 design competition, they actually submitted seven different tenders in association with architects Sir John Burnet and Partners and engineers Ralph Freeman and Georges Imbault. One of them was this cantilever bridge design with a centre span of 487 metres. The plans failed to meet the required specifications because they used precast concrete blocks rather than granite. 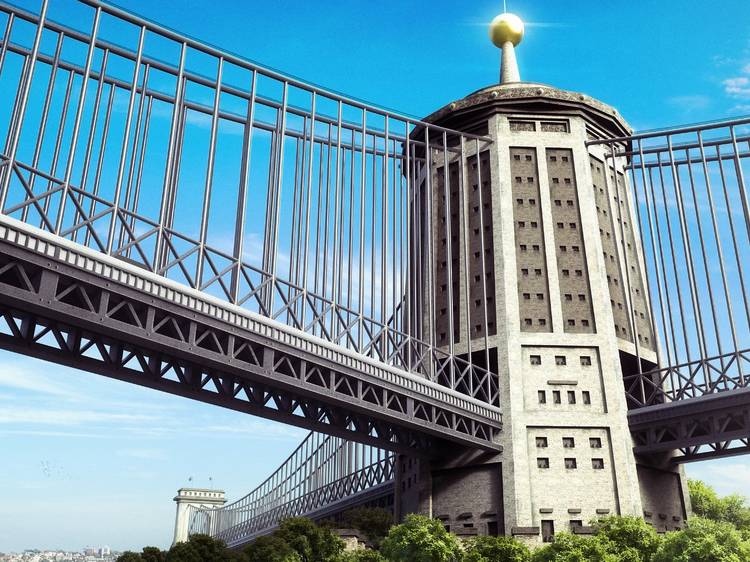 Ok, this radical concept might be our favourite bridge(s) that never was, and apparently it was only narrowly rejected. Francis Ernest Stowe was an architect and engineer who practised at Parramatta and submitted this multi-pronged design in the 1922 competition. The design links Balls Head, Miller's Point and Balmain, meeting in the middle with a central tower on Goat Island. The central tower was to be 152 metres high and was designed to double as a war memorial, with Goat Island renamed 'Anzac Isle'. In his day Stowe designed several Masonic buildings across New South Wales, as well as tramway systems and a coal-handling plant. He also designed and patented several engineering devices. 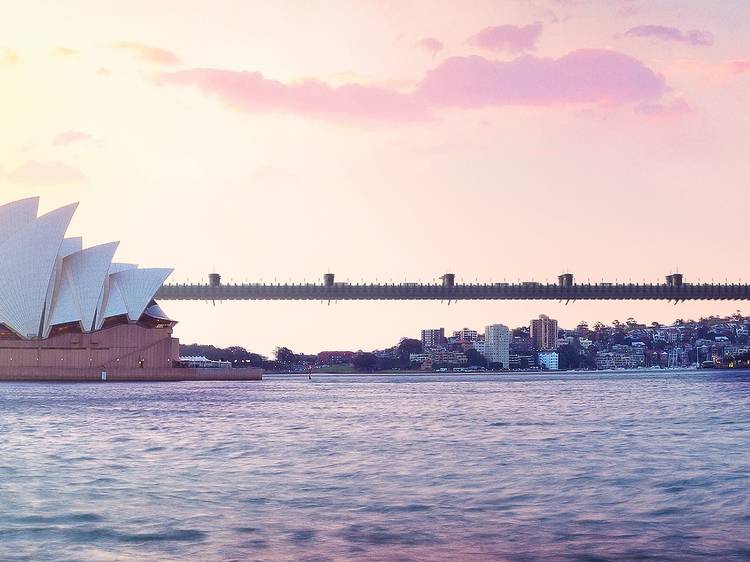 A long time before the government opened the design competition, a bridge across the harbour was actually first proposed back in 1815 when an architect (and convict) named Francis Greenway suggested it to the governor. One of the earliest known plans drawn up was this proposal by engineer Peter Henderson. The chief features of the proposal were a high column of masonry on each side and a terrace-like bridge of iron. If the proposal was to be accepted, ‘arrangements’ were to be made for the free passage of the largest ships. 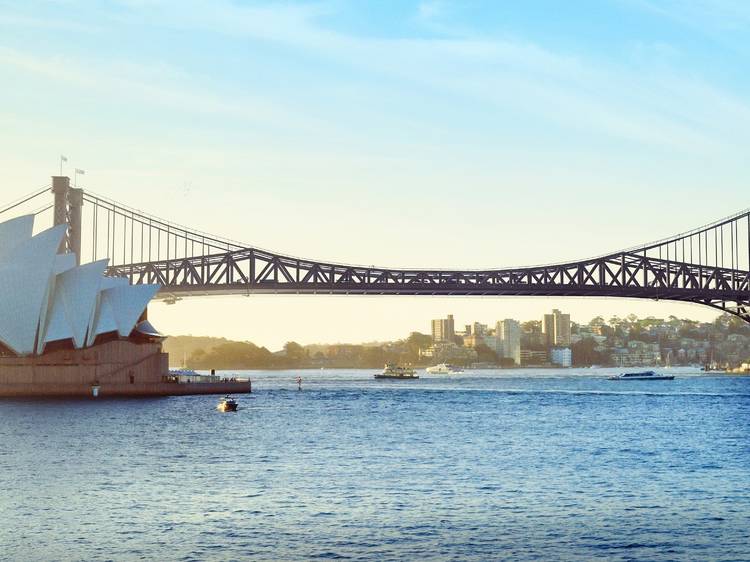 This design, which combined principles of both cantilever and suspension bridges, was created by two American architects and engineers, Robinson & Steinman. The pair developed the design for the tender put in by the English Electric Company of Australia in 1924. Between them, the two designed bridges in countries all over the world including the United States, Thailand, England, Portugal, Italy, Brazil, Haiti, Puerto Rico, Canada, Korea, Iraq and Pakistan. The design was said to be a suspension
bridge of novel design more rigid than any existing suspension bridge at the time, but official report said that "the bridge would not have a pleasing outline". 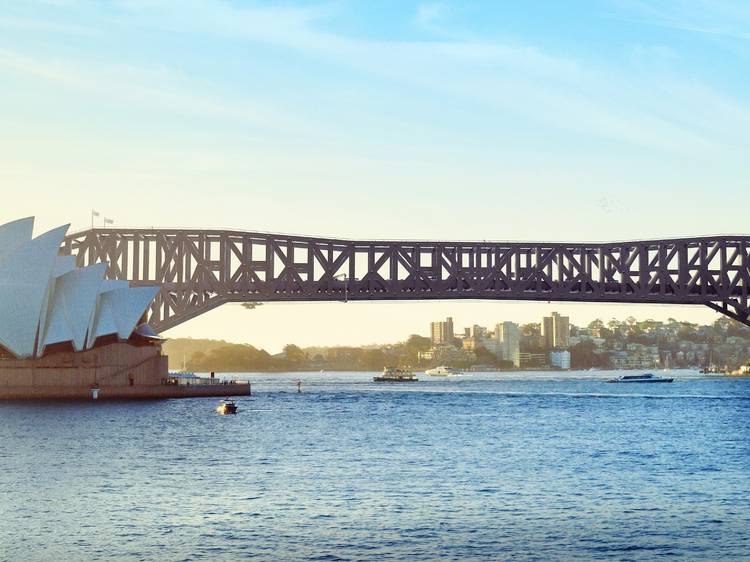 The American steel manufacturing company behind the design of the famous Golden Gate Bridge in San Francisco and the George Washington Bridge in New Jersey put in a number of tenders for the Sydney Harbour Bridge in the 1924 competition. This rather practical one was designed for the purpose of taking every advantage of the clearance allowance for shipping. The review of the tenders summarised this one as “an improvement on that proposed in Tender B, but it cannot be said to altogether harmonise with its surroundings”. We're inclined to agree – this one has nothing on the gentle slopes of our Coathanger.

Discover some more elaborate yarn's about the city 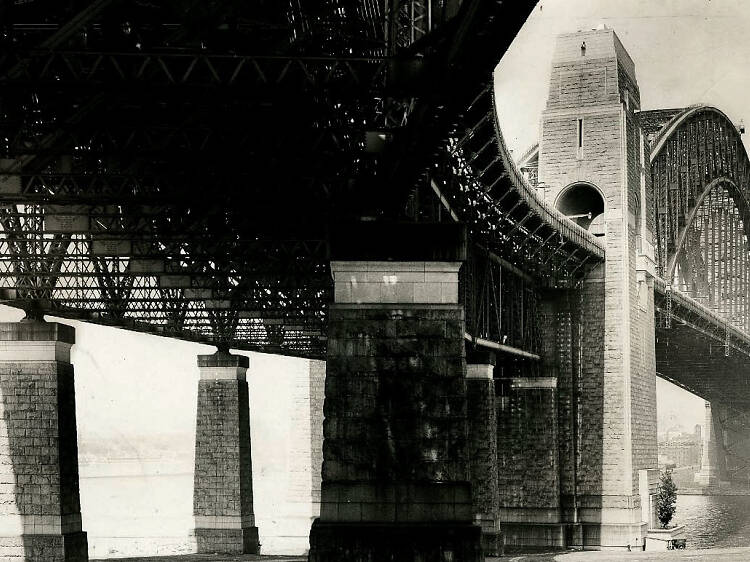 Sydney is littered with urban legends and colourful tales. From hidden bodies to mysterious creatures, we surfaced some of our city's most elaborate porkies.