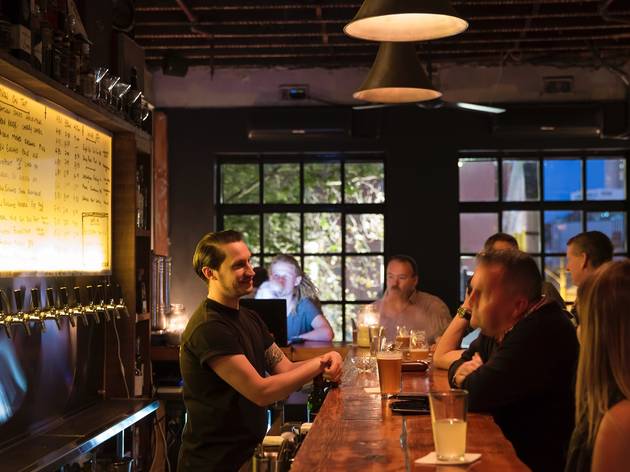 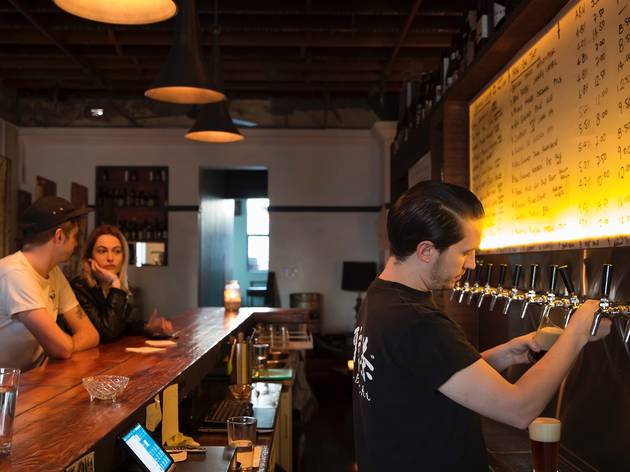 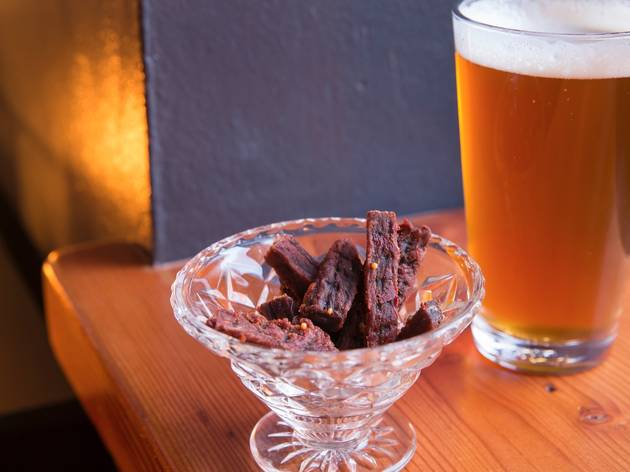 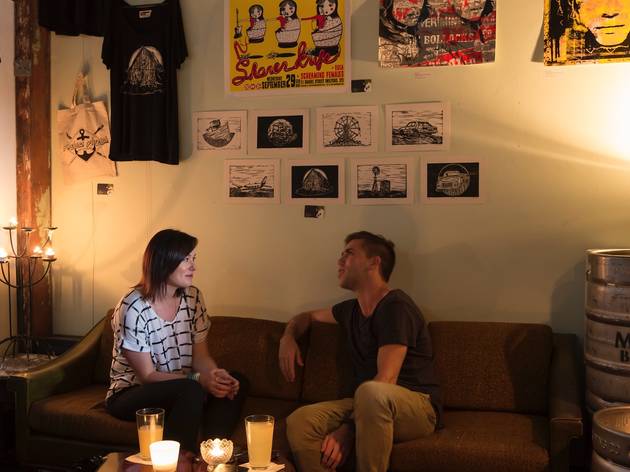 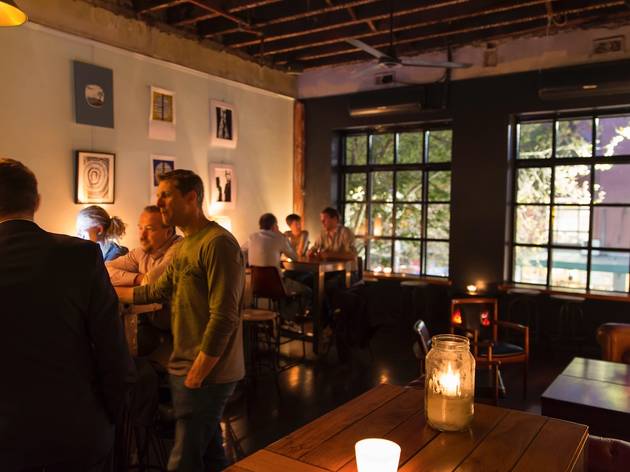 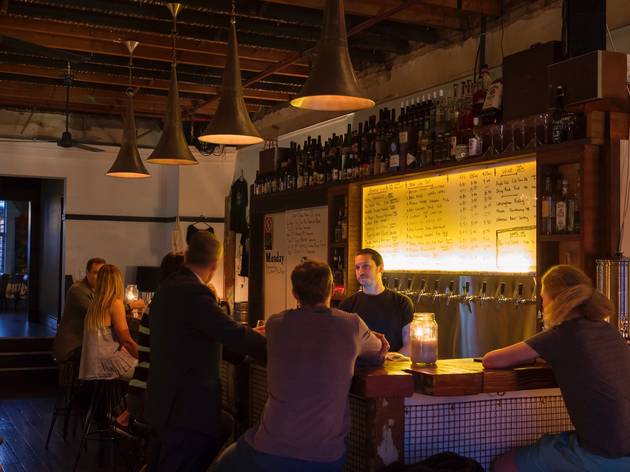 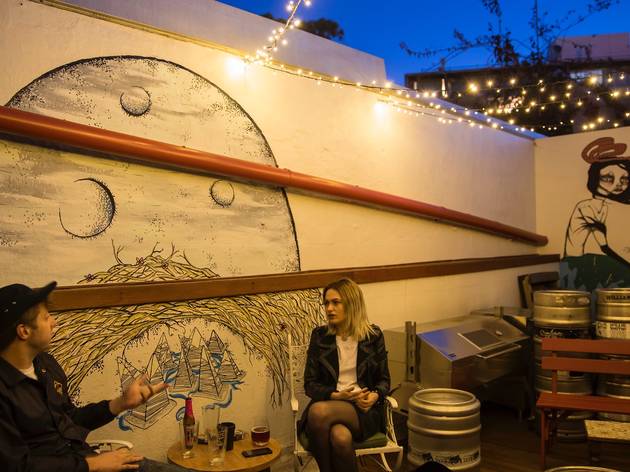 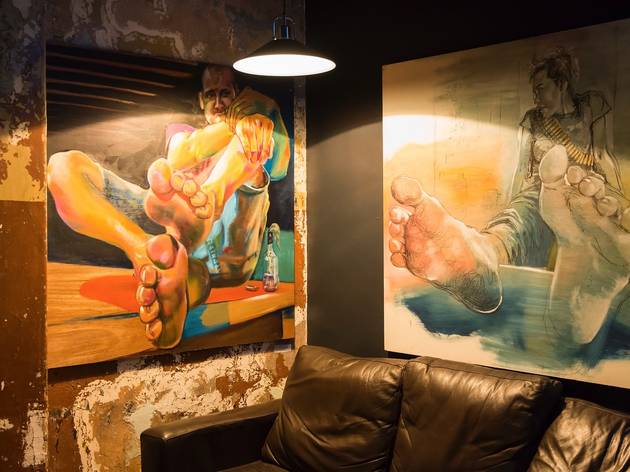 Oxford Street isn’t known for its subtlety. Drag queens strut the pavement, ready to sass you into a drink at a swanky party bar and almost every building is dressed in signs that flash their lights provocatively. The Bitter Phew looks as modest as a mourner at Mardi Gras in comparison: just a black-and-white sign and a pile of empty kegs for a doorman.

This first-floor craft beer bar has a subdued appearance, to be sure, but that’s because the bar have poured all their efforts into finding the perfect brew. As a result the small and intimate space is has an ad hoc feel, filled with eclectic furniture with artworks painted straight onto the walls.

But at the bar things get serious. The names of a dozen or so beers, ciders and whiskies are scrawled on any surface that is large enough to fit them, but that’s the tip of the iceberg – the full drinks menu is bigger than a phone book, and a much better read.

If you feel daunted by choice the staff are friendly, knowledgeable and have the patience to help gently steer indecisive drinkers to a Belgian sour cherry stout that’s almost like a new breed of cider. Or maybe a double-hopped lager from Victoria that’s drier than the Kalahari is the go? It might be a craft beer bar, but that doesn’t mean you shouldn’t order a Starward Whiskey from Tasmania, which rolls like honey on your tongue with a mellow oak flavour.

Expert knowledge can have its pitfalls. The Bitter Phew is small and doesn’t get too crowded, but that doesn’t mean you won’t be stuck behind someone who is also being guided through the tome of brews by staff.

As a first date/first drinks venue it’s somewhere to take your unsullied palate and treat it to new tastes and ideas, and to steel yourself for the full, beautiful madness of Oxford Street after dark.