Bars Manly
3 out of 5 stars 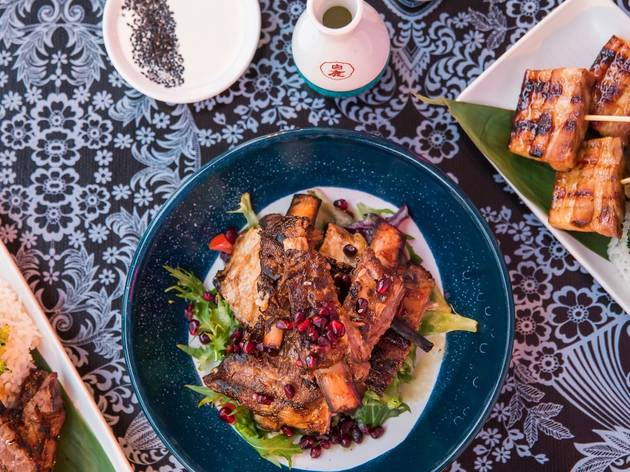 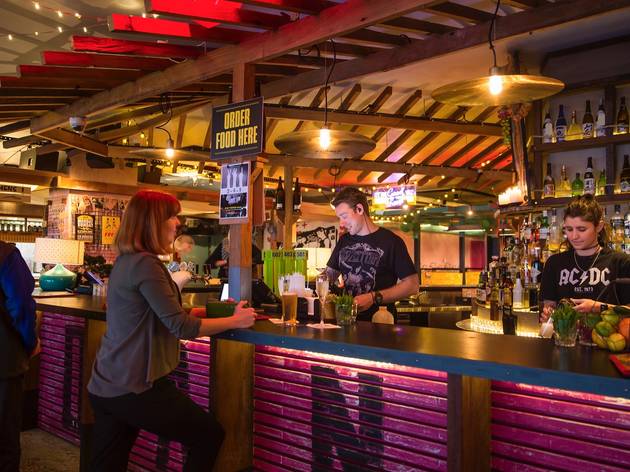 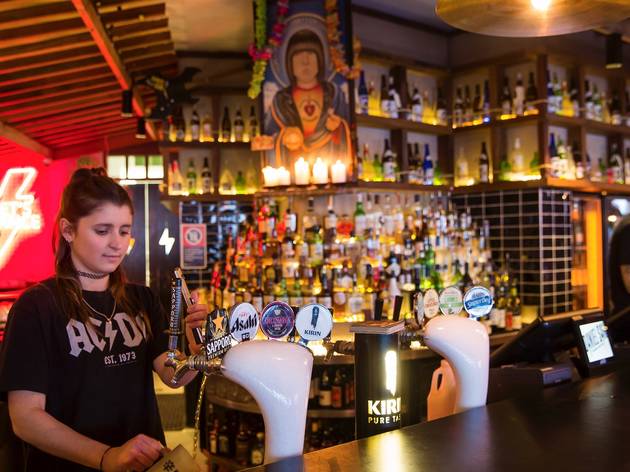 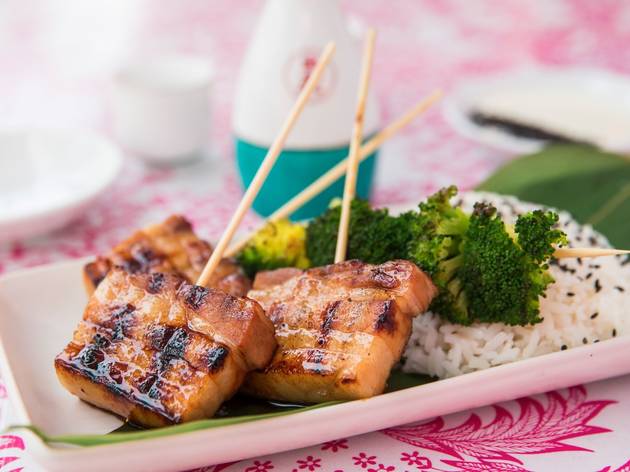 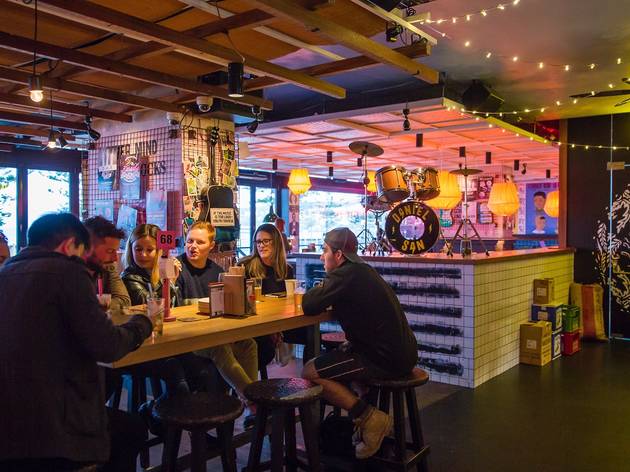 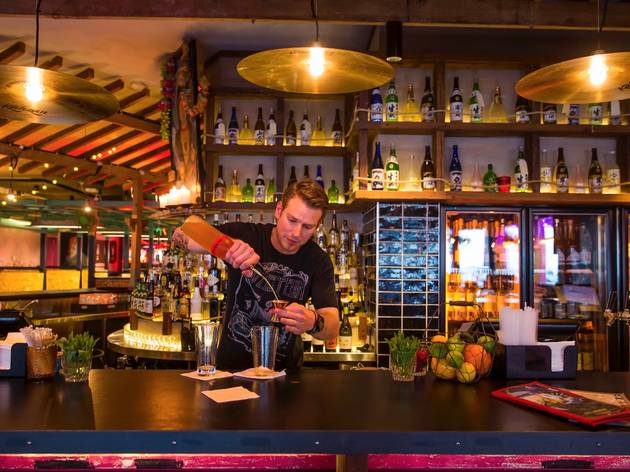 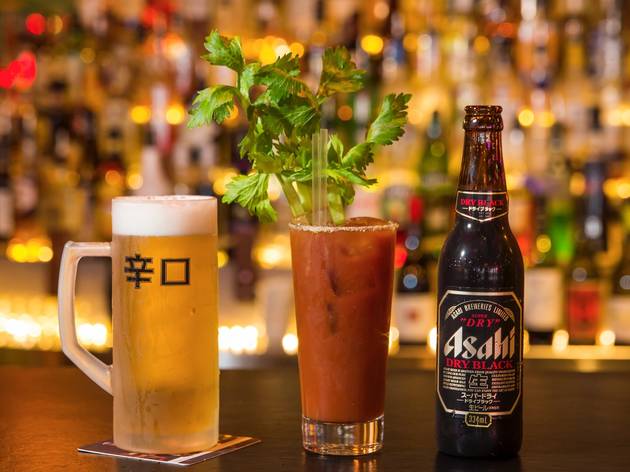 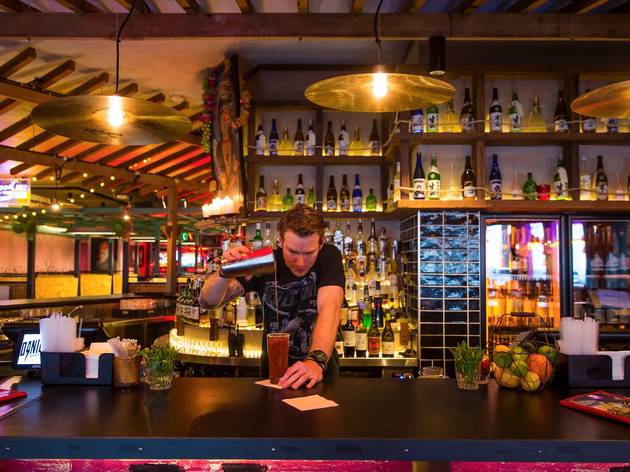 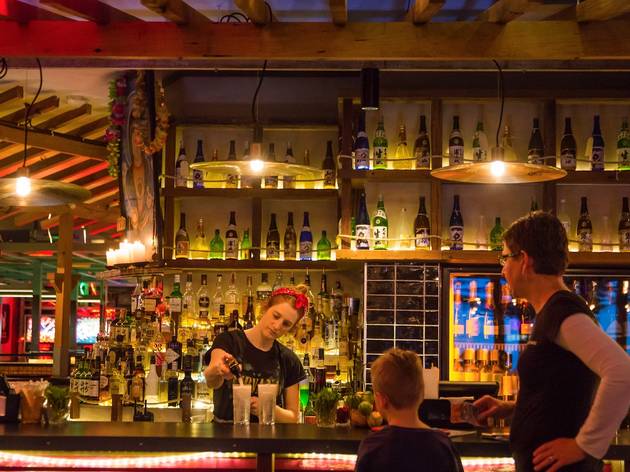 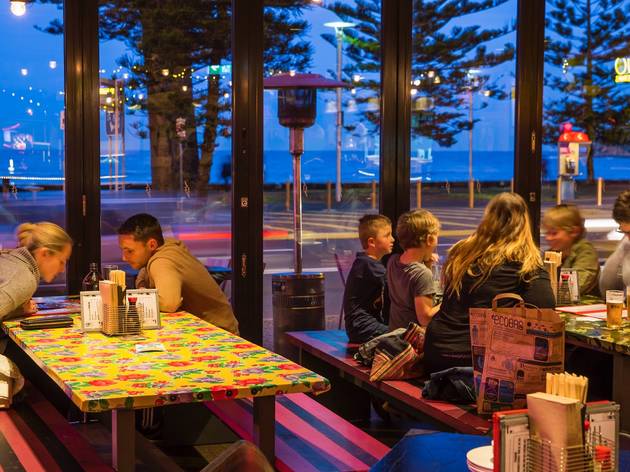 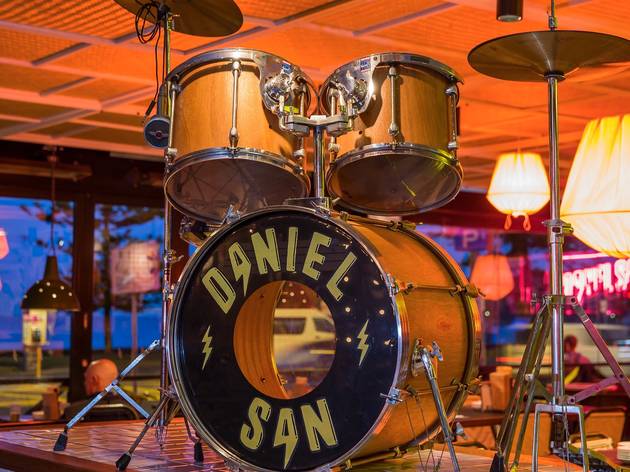 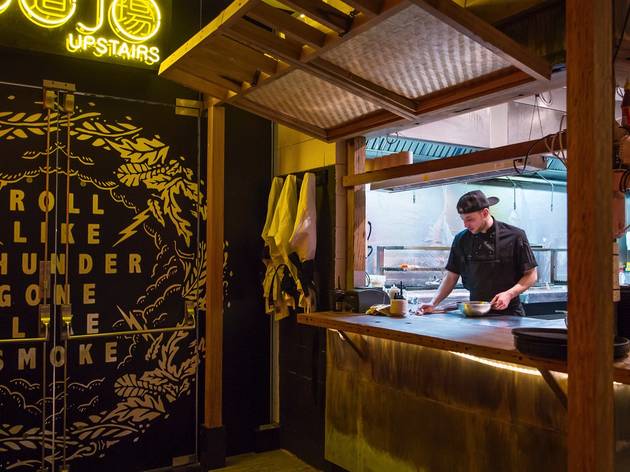 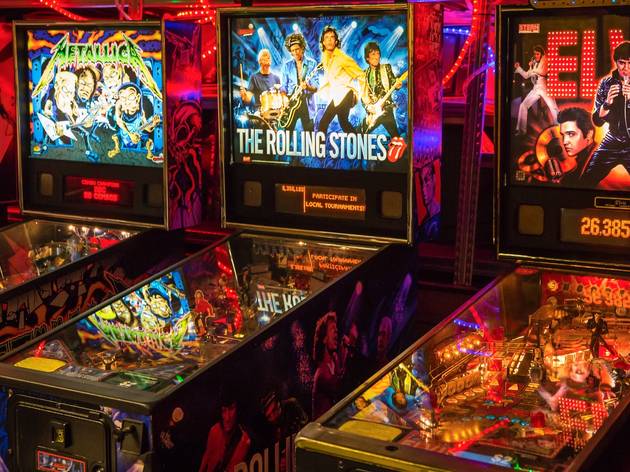 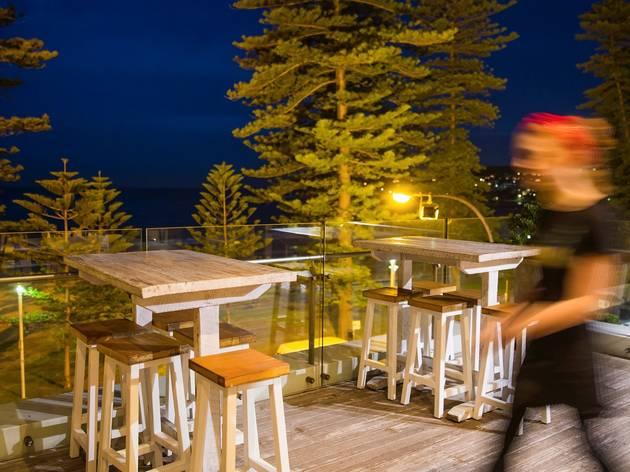 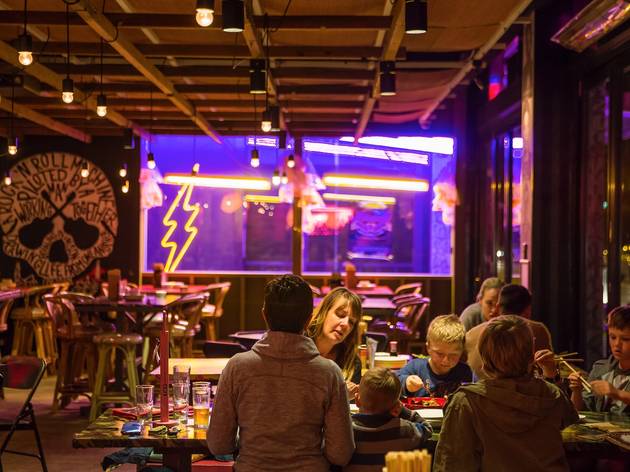 If San Fransokyo, the setting of Pixar’s Big Hero 6, were a real place we’d be the first to move there. What’s not to love about a city that melds the best of the East Coast with Japan’s greatest metropolis? While we’re waiting a few millennia for globalisation to make this beautiful dream possible, when we’re hanging for some pan-Asian/surf town fusion, we head to Manly’s Daniel San.
The entranceway is lined with martial arts trophies but if you’re after mad self-defence skills, this is not the dojo for you; it’s more like the clubhouse you’d hit up after a tournament to blow off steam. Once inside, the massive space opens up into a neon-lit hall that’s very rock’n’roll. In fact, we’d drop in for the soundtrack alone. They’re big fans of classic rock so Elton John and the Doobie Brothers keep things familiar before alt-J adds a little nerd rock to the playlist. Got a large crew? There are long tables to spare so bring everyone along for brews and pinball.
In summer, slope in after a day at the beach for an Asahi, Sapporo or Kirin to quench that saltwater thirst. A Kirin dark ale is an excellent choice for when there’s a bite in the air, or if you want something with a bit more guts, order up a smooth, clean-tasting Bloody Mary and ask them to leave the Tabasco with you.
Sashimi can be a little pricey so for bar bites we’re all about the skewers of glazed pork belly or tender beef fillet. There’s also broccoli, sweet potato and corn for your herbivorous homies. Each set of three little snack sticks is just shy of ten bucks, and comes with a side of rice to fill in the gaps. For something smaller, try the edamame but beware the sticky, garlicky, chilli sauce if you’re trying to stay clean. For a proper feed, upgrade to a bowl of sweet soy-glazed lamb ribs on a bed of leafy greens.
Visit on a Sunday and you can join the Northern Beaches party set for Sunday sessions at the white-washed rooftop bar, but there are all types of specials going on every other day of the week – like Monday Bunday, two-for-one Tuesday, all-you-can-eat wings and sushi...no train.
Manly has a tendency to pigeonhole its licensed establishments: Hemmingway’s is for cocktails; rum and cider is the purview of the upper floors of the Steyne; and wine times are spent at Manly Wine. And now Daniel San has stepped into the ring as the local champion of Japanese surf rock, providing a pretty good decent spot to post up once the sun goes down on the breakers.
Share Tweet