Bars Darlinghurst
Recommended
4 out of 5 stars 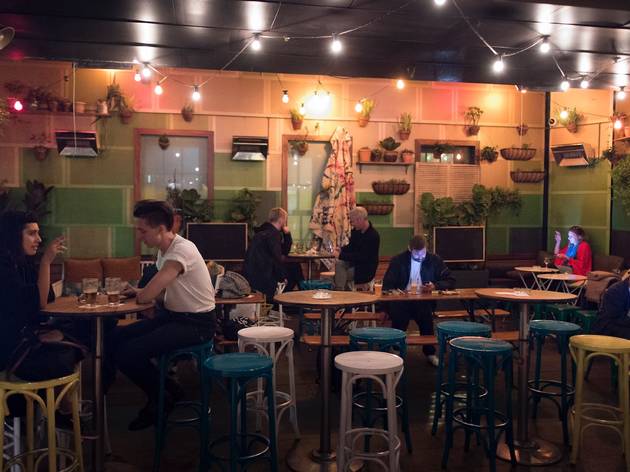 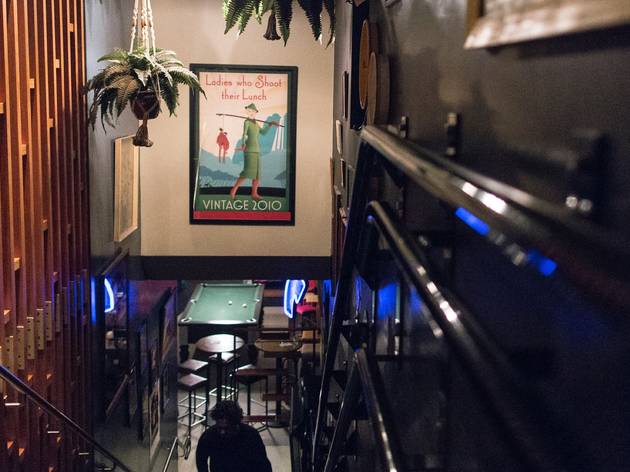 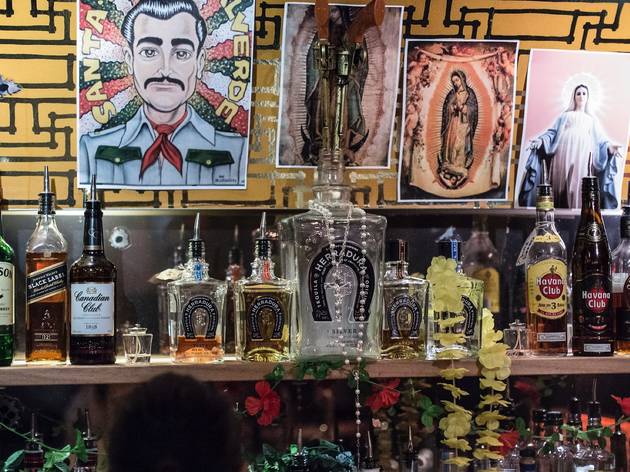 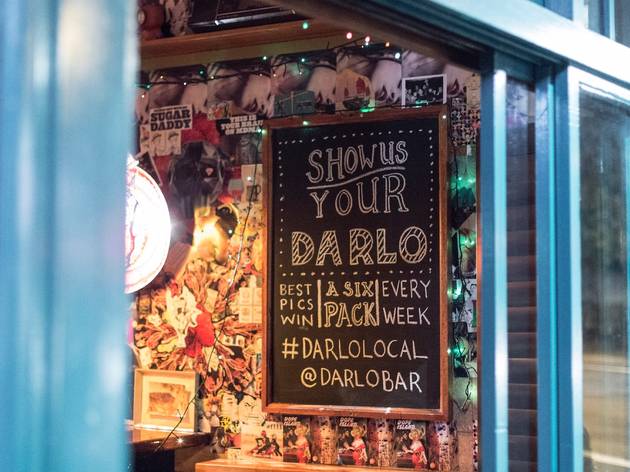 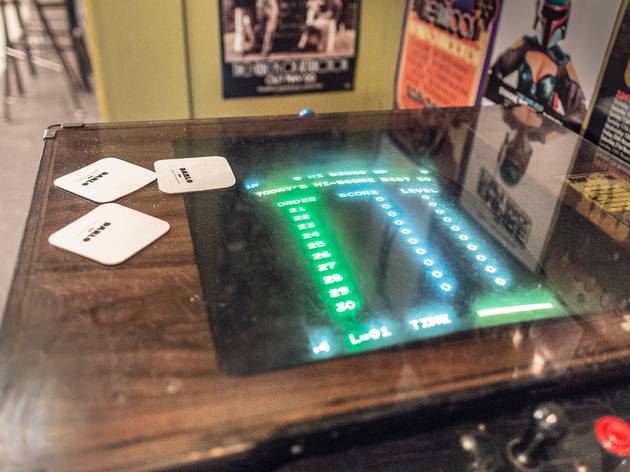 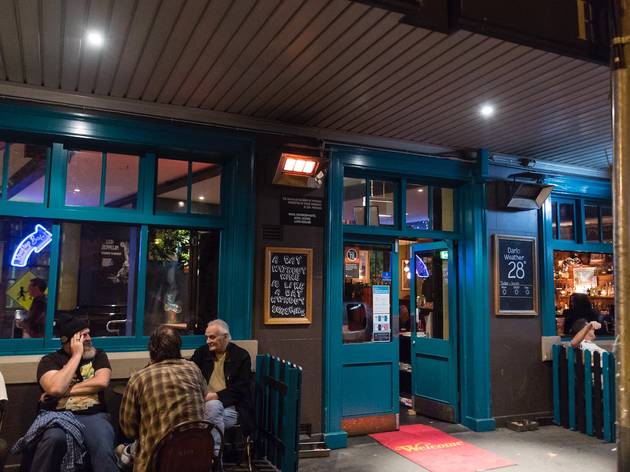 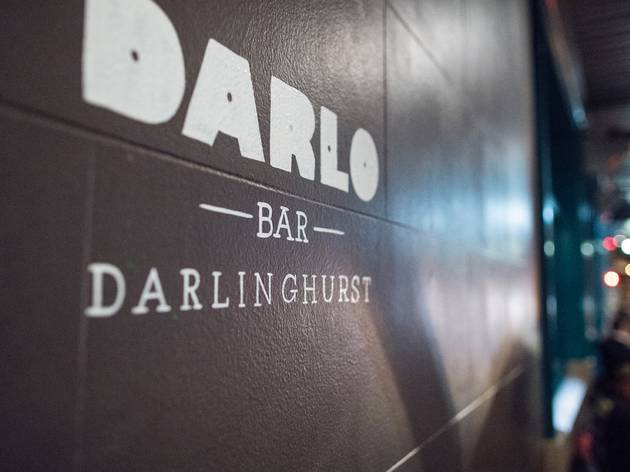 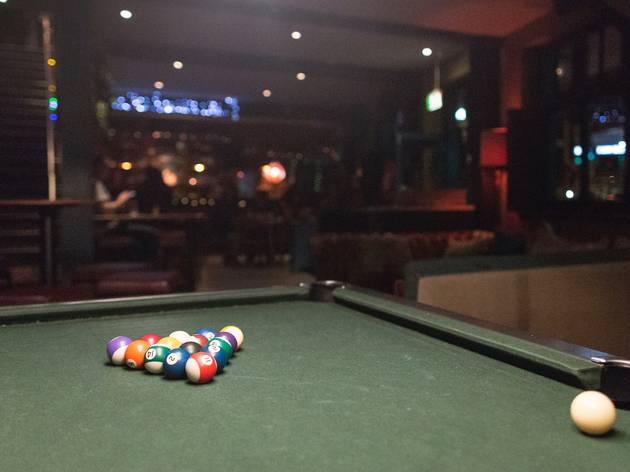 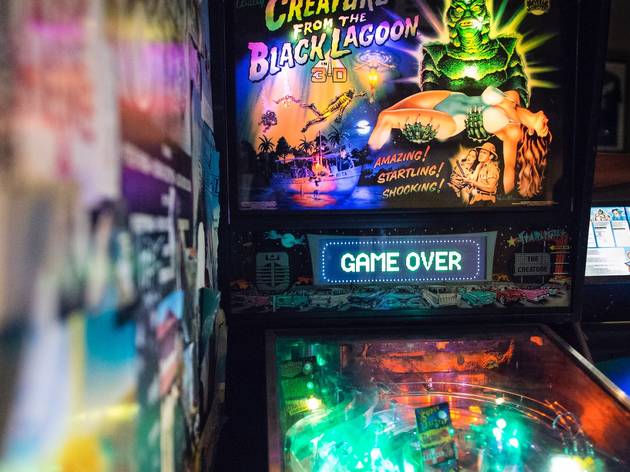 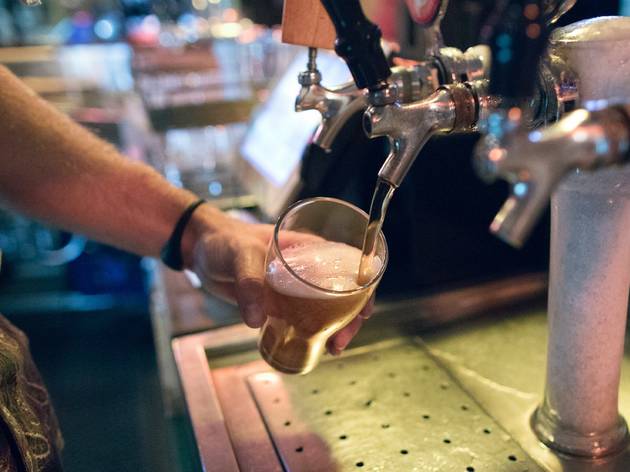 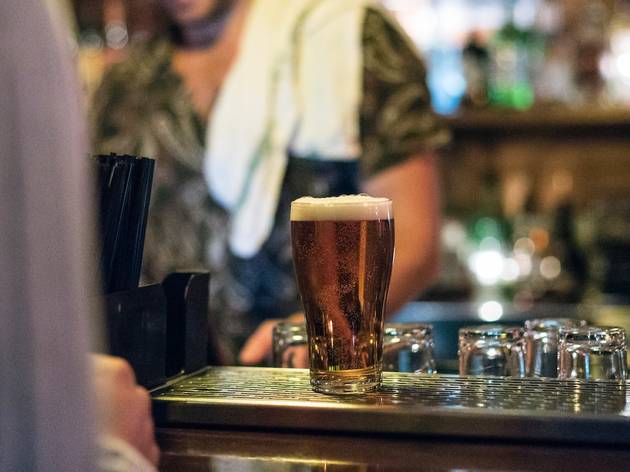 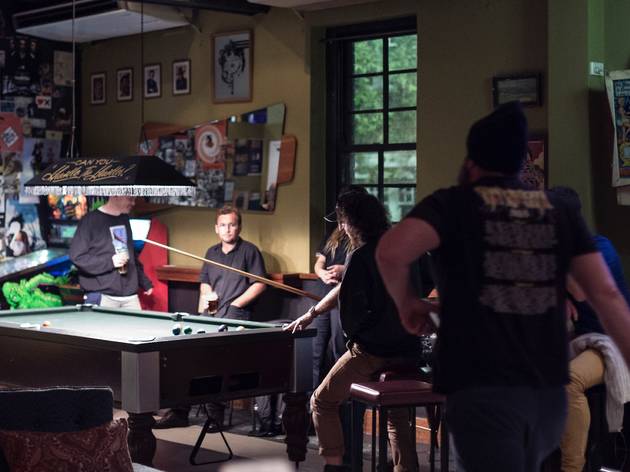 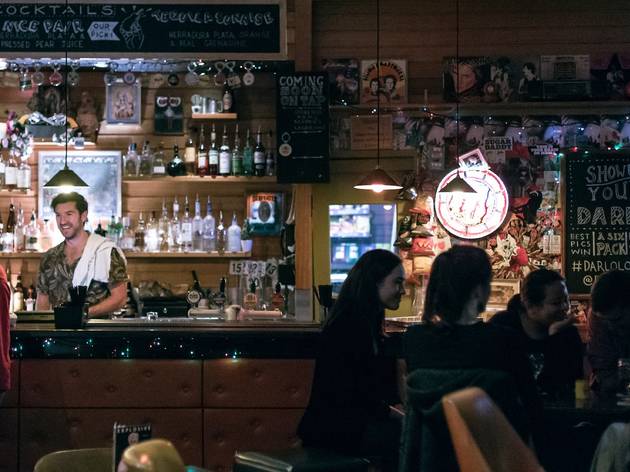 An old eastern boozer that has the good vibes on lock

A night at the Darlo is as close to a guarantee of good times as Sydney is able to give. This community living room on a Darlinghurst corner is the first port of call for mid week pool comp, they boast a trivia night that has been stumping smart-phone cheaters for five fact-filled years and there’s a weekday happy hour that helps you stretch your booze budget just that little bit further.
It’s not a club, but they do host DJs on Saturday nights for a low-key shimmy in spitting distance from the city’s original party district, and being the good sorts they are they’ll also cure the hurt they helped make by providing $12 Bloody Marys all day Sunday. If you’re a little frocked up head upstairs where the open-air terrace has a gentle garden party vibe (rainbow festoon lighting, white cane furniture) and a bar that shakes up a fruity cocktail.
Downstairs is more of a well-worn rumpus room with squashy couches and clusters of stools. There’s a four-in-one arcade game that includes Frogger and Ms PacMan, a Street Fighter console and a pool table that’s never standing empty. Mementoes of international jaunts are tacked up behind the bar and fairylights provide the mood lighting. The soundtrack mixes a little classic rock (AC/DC, Creedence) and a little vintage folk (Rodriguez) with some Triple J faves, which is a solid trifecta guaranteed to illicit at least one “Tuuunnnneeeee!” from your cohorts.
They’ll mix you up a tequila and juice here, but unless you need the firepower we’d stick with beers. A Kosciuszko pale ale will give your evening a tropical lift, a Coopers is never a bad idea and Reschs is everyone’s friend. Or you can get silly and order gummy worm tequila.
The Darlo’s community spirit even stretches to their dinner system. Instead of mimicking pub menus everywhere they’ve outsourced the snack duties to local eateries so that you can order in pizza, Thai, dumplings or burgers depending on your mood. You’re almost assured to run into someone you know here, such is the long-standing appeal of this friendly pub that has mastered the optimum vibe for a good night out.