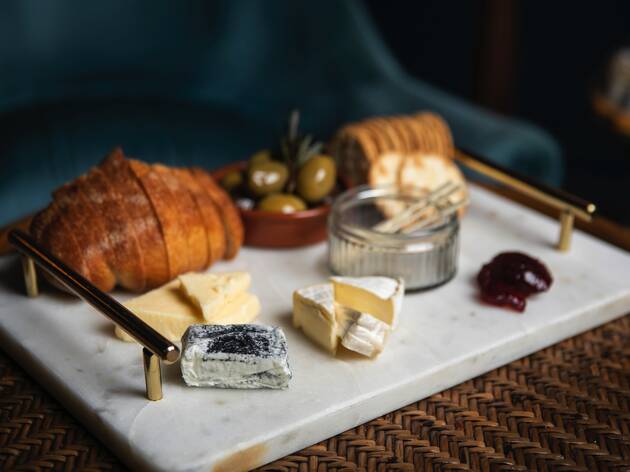 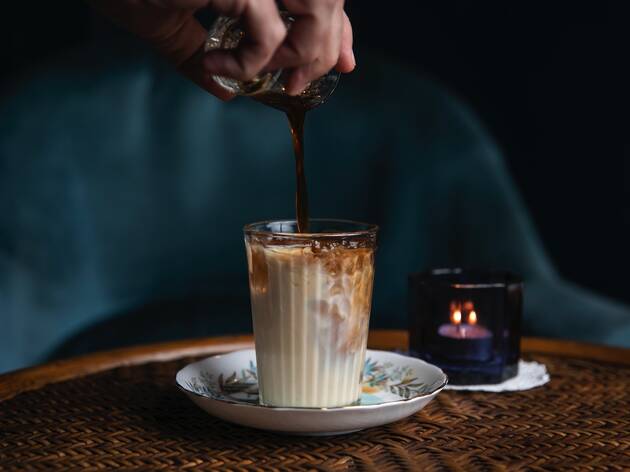 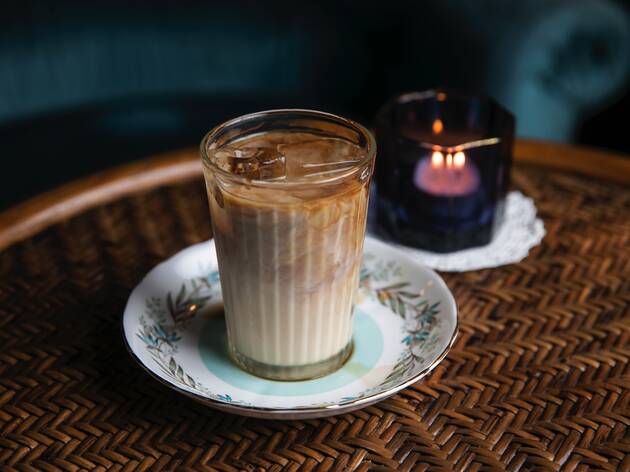 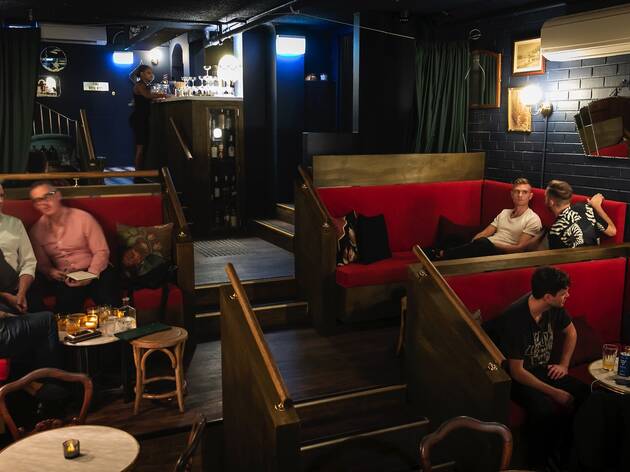 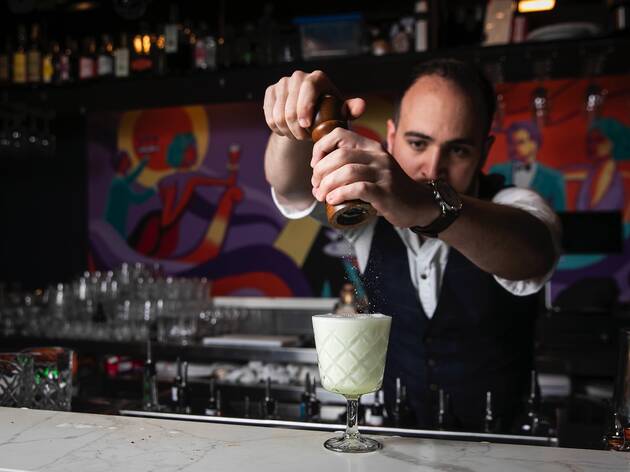 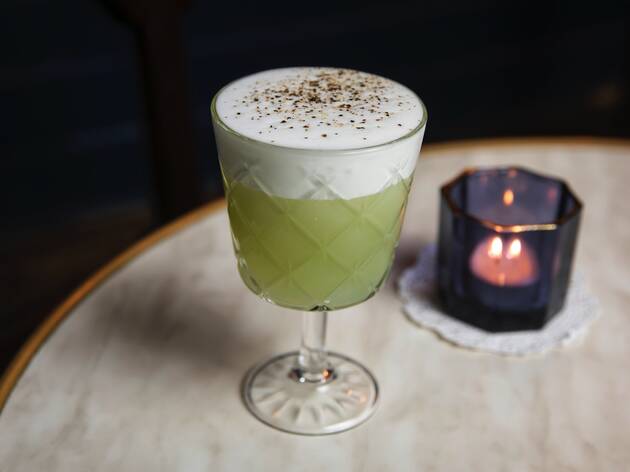 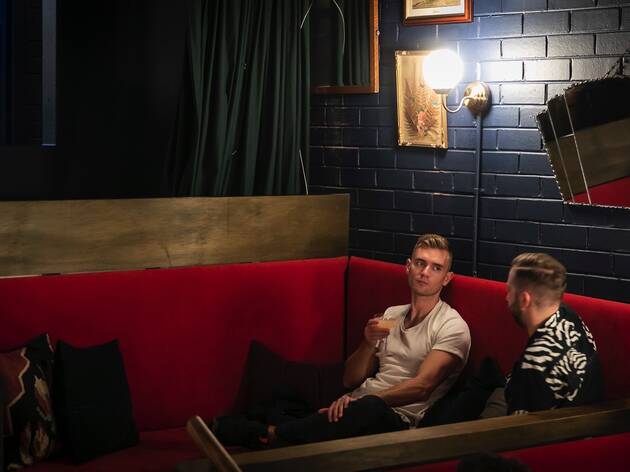 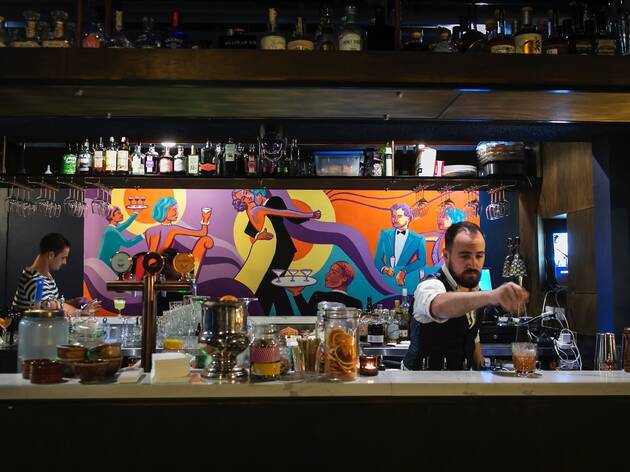 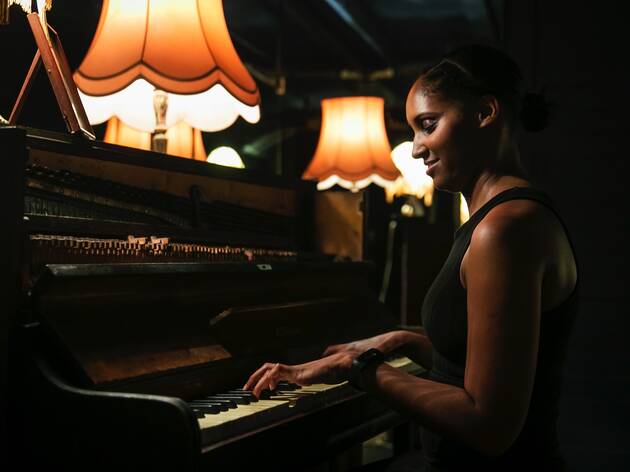 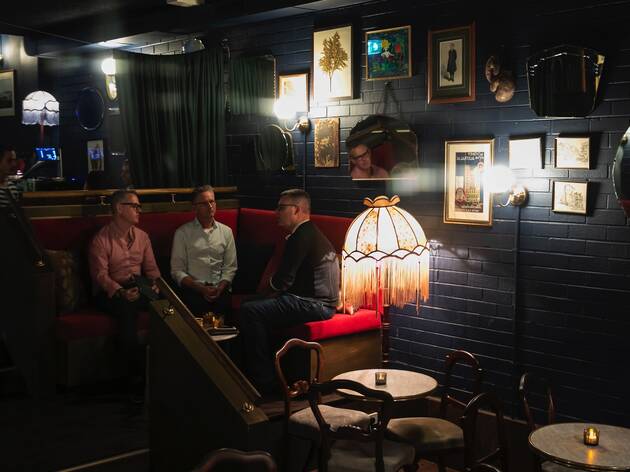 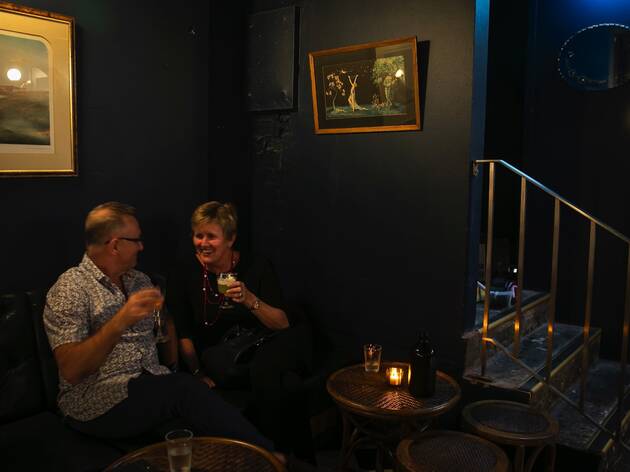 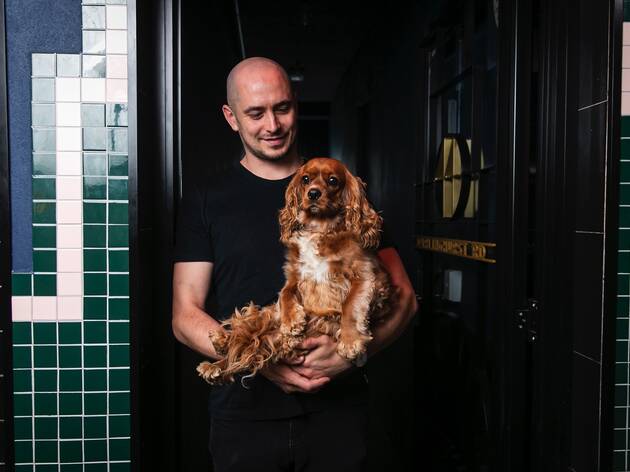 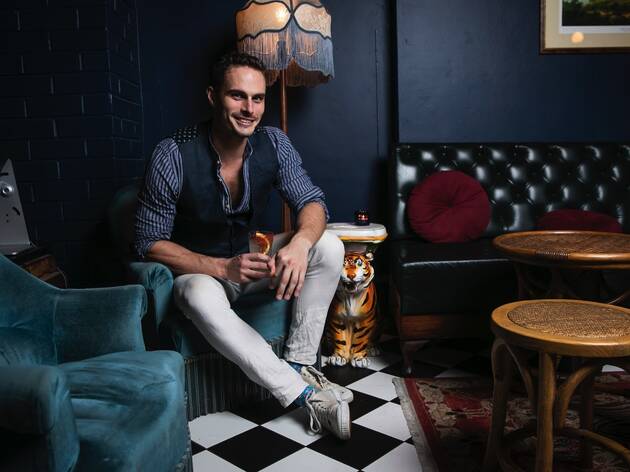 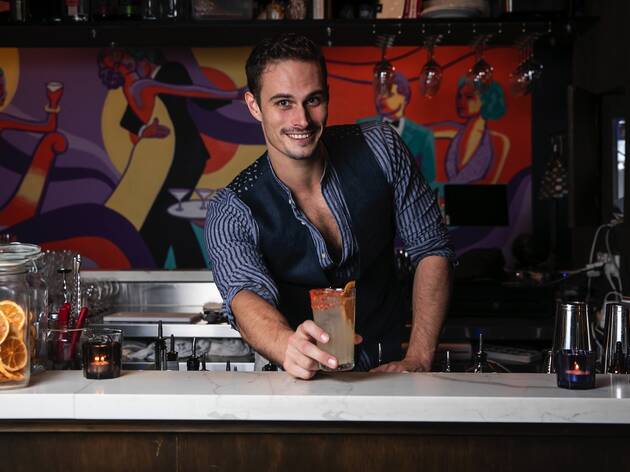 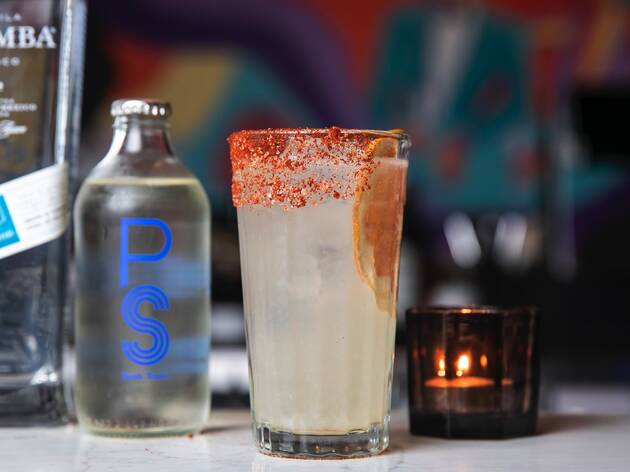 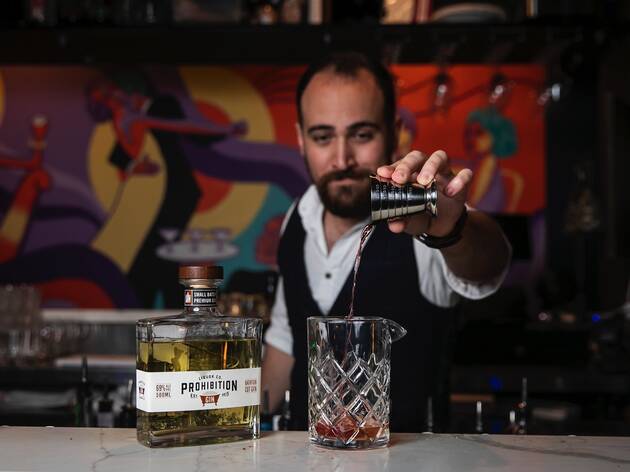 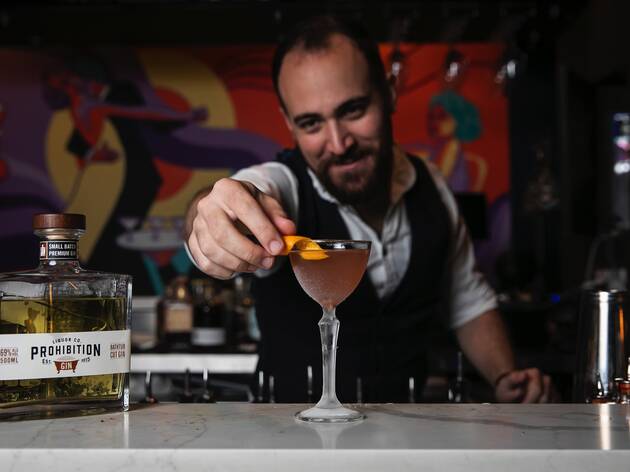 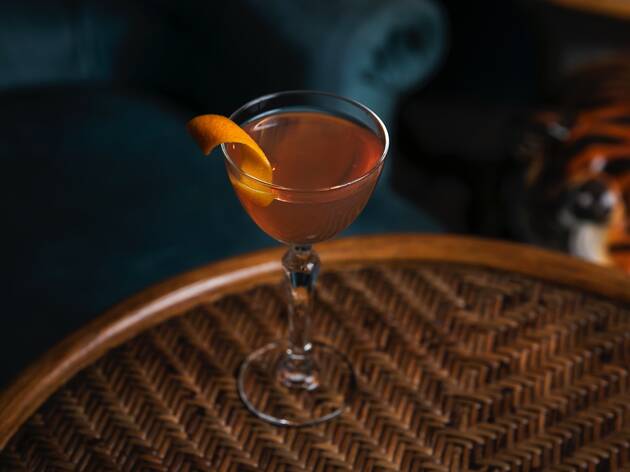 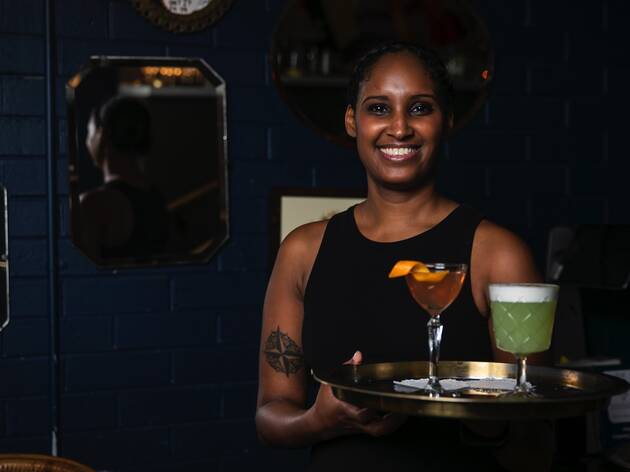 At Dulcie’s Kings Cross, history nerd and co-owner Brandon Martignago (ex Roosevelt, Jangling Jack’s) has built an entire drinking den around the year 1932.There are good reasons for this ultra specific reference. It’s the year the Harbour Bridge opened — when Sydney catapulted onto the world stage, and artists and writers like Norman Lindsay and Kenneth Slessor brought their bohemian influence to Kings Cross, turning it into a buzzing cultural hub.

The bar is named after Dulcie Deamer — a New Zealand-born writer, poet, thespian and a regular at some of the biggest parties thrown by the era’s creative circle. She would have felt at home in a booth at this moody bohemian lounge, eyeing off the expansive, meticulously illustrated cocktail list. All of Martignago’s creations are made with Australian craft spirits and the signature drinks are inspired by “the lovely and the ugly”, a roll call of people, places and things that would’ve been part of Dulcie’s colourful world in 1930s Sydney.

Repin’s Coffee pays tribute to Russian-born Ivan Repin, who’s credited for opening one of Sydney’s first coffee shops near Hyde Park in 1930. It’s a sweet, desserty number that tastes like the love child of a White Russian and Espresso Martini. You’ll get a kick from the peaty Old Youngs Smoked Vodka, and a nice sugar rush from the healthy shot of Mr. Black Coffee Liquor poured over honey and chai-steeped milk.

Nothing says speakeasy louder than ‘bathtub cut gin’. Adelaide’s Prohibition Liquor Co’s version stars in the ‘Fifty-Fifty Club’. It’s a high proof gin that’s big on wormwood and juniper with a surprisingly soft finish, mixed with a double dose of vermouth and a splash of French orange liqueur. It’s one of the pricier cocktails ($26), a call back to the notoriously hefty cover charge at the nightclub of the same name where Darlinghurst’s artists and socialites gathered 90-odd years ago.

The ‘Troc’ has the breeziness of a paloma and is named after the Trocadero, Sydney’s biggest art deco dance hall which ran from the 20s until the 70s. Here, the tequila-based cocktail is made with PS40’S Bush Tonic and sweetened with a grapefruit and aloe vera reduction. And plant-lovers will fall for Darling Juanita — a vegan-friendly gin drink that has a bright, fresh palate from the cucumber juice, basil and house-made mandarin syrup, topped with a fluffy aquafaba foam that gives it a silky finish.

Food at the moment consists of all-Australian cheese plates, charcuterie boards and housemade olives. Toasties will join the line-up in winter, but Dulcie’s focus is on booze. A short South Australian-driven wine list completes the offering, and everyone seems happy kicking back in the plush velvet sofas, nodding to Djiango Reinhardt and big band tunes.