Bars Naremburn
3 out of 5 stars 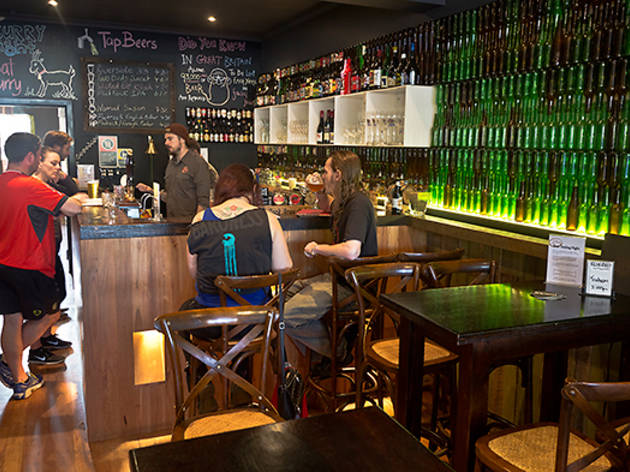 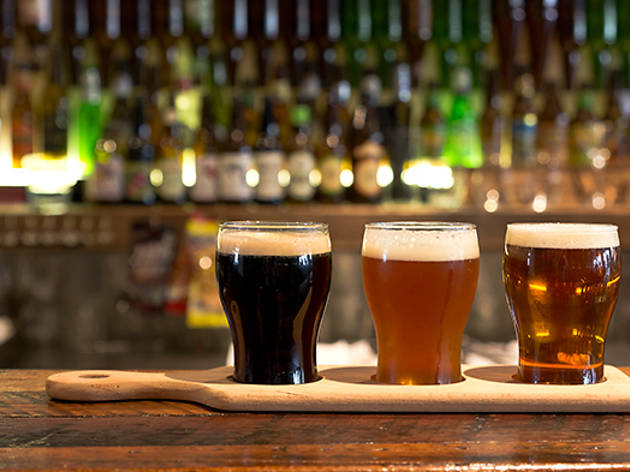 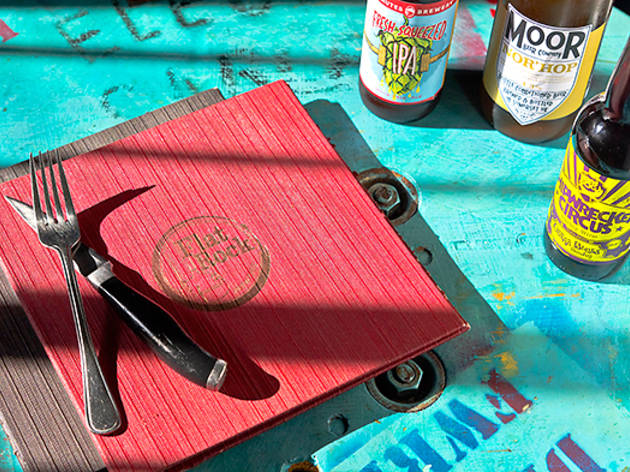 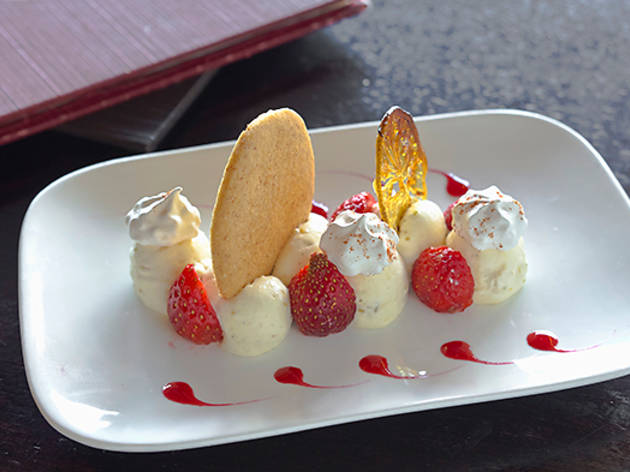 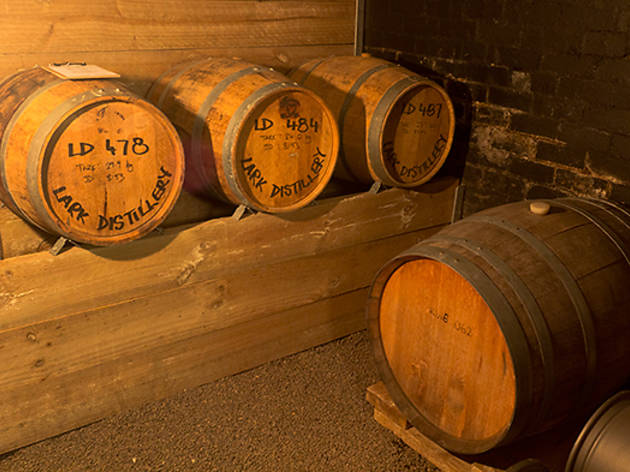 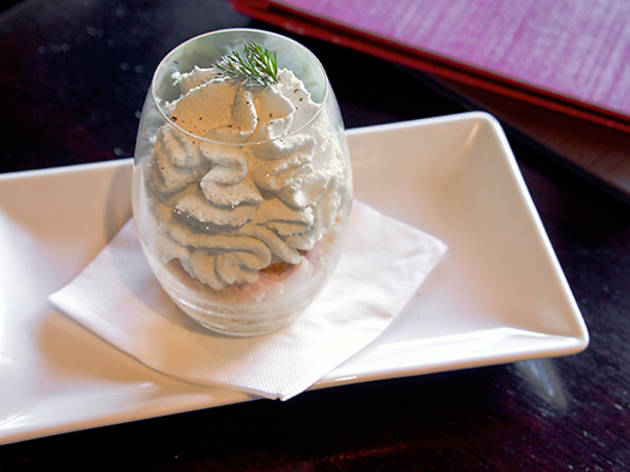 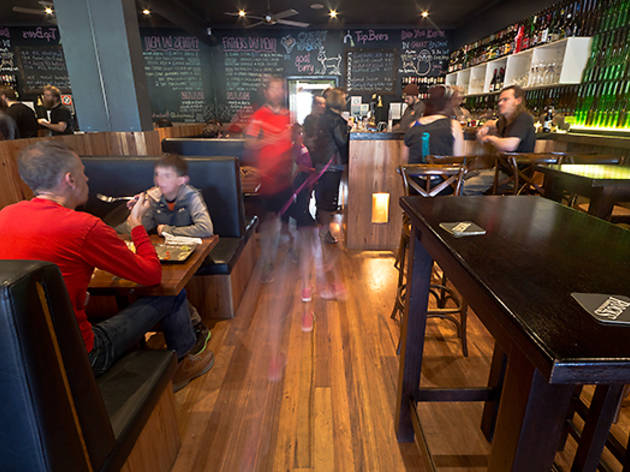 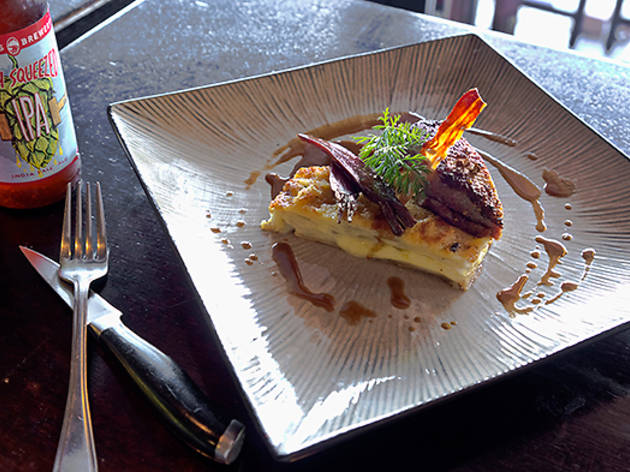 Don’t underestimate the little loop of road tucked up against the Warringah freeway and Willoughby Road. It may look like so many other leafy pockets on the North Shore, but slotted in amongst a Thai takeaway joint, a dry cleaner, a liquor store and a patisserie is a trump card in the form of a family-friendly craft beer bar. That’s right. Narremburn has gone and got itself a local.

It’s a compact operation. Out the back there is a quiet room lined in black banquettes. The stairwell leads to a nano brewery downstairs. And up front they have somehow shoehorned in fridge space for 80 bottled craft beers amid the booths and a dramatically backlit wall of recycled bottles.

The beer list is curated by bar manager Oliver Neilson, who did time behind the bars at the Local Taphouse and Harts Pub before heading into the not-so-deep north. “I’m really proud of it. I wanted to have all the best beers from around the world, but at something closer to bottle shop prices to make it more accessible for people.” In saying that, you can definitely drop $32 on a Rogue double choc imperial stout from the US, though there’s plenty of craft action to be had for a tenner, too.

If they still have a bottle of Ballast Point Sculpin on the menu, get it. It’s a bright, crisp IPA that tastes like the promise of a summer, but its popularity can make it a tricky find. If you’re a dedicated draught drinker, there are three house brews on tap: a pale ale, a stout and a medium, roasty bitter from the hand pump. Until now, co-owner and home brewer Karl Riseborough took care of in-house production but with a full-time job and four kids something had to give. Luckily Vincent De Soyres from Wicked Elf is set to join the team as a fulltime brewer.

Two Birds golden ale, a green tea-infused IPA from Rocket Science, Mountain Goat’s India red ale, a Moo Brew stout and Stone and Wood’s jasper ale keep the Flat Rock brews company on tap. There are also eight ciders if you like fruity ferments, and they even stock a non-alcoholic beer – but we pass in favour of the refreshing rhubarb and ginger lemonade they keep on tap.

The bar snacks mix up the usual spread with some sub-continental additions like stuffed naan, onion bahjis and tender tandoori chicken wings. And you may want to book a table on Thursdays for their curry night, when fifteen bucks gets you a seriously buttery chicken and spinach saag that keeps the heat kid-friendly.

Narremburn is new to the nightlife game, but their first offering is a friendly bar doing seriously interesting beers and a decent feed. And for that they've earned a shiny gold star.