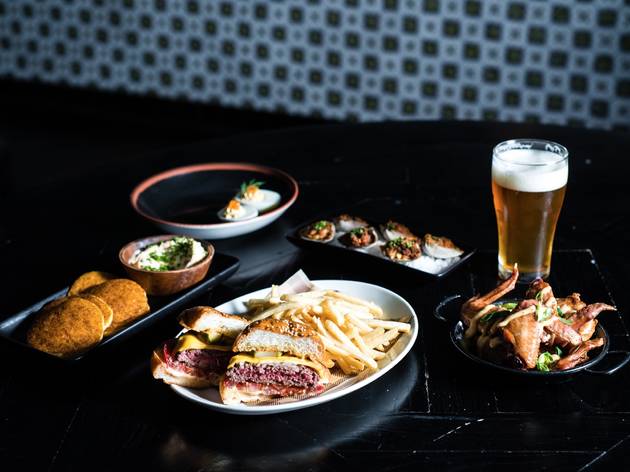 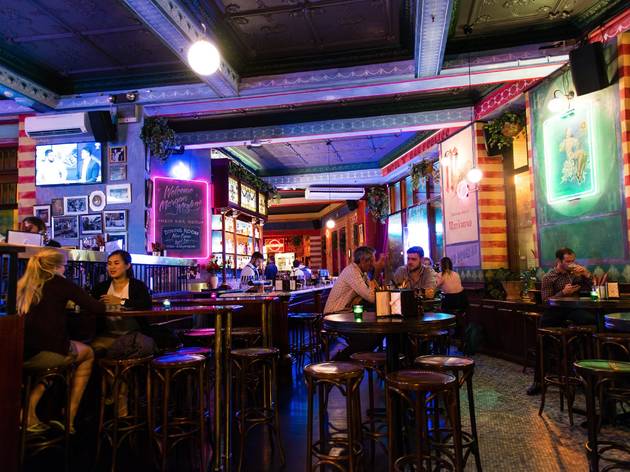 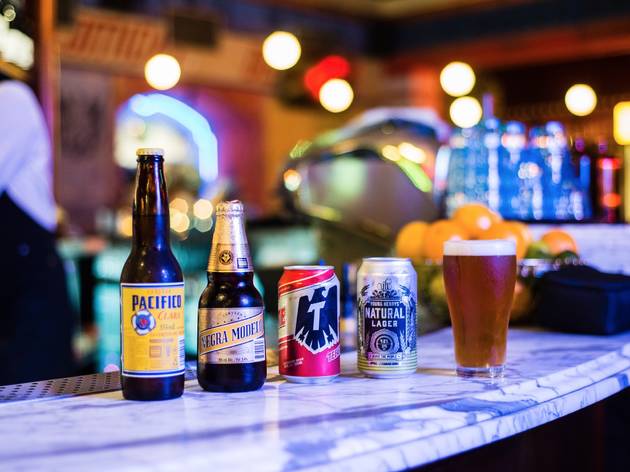 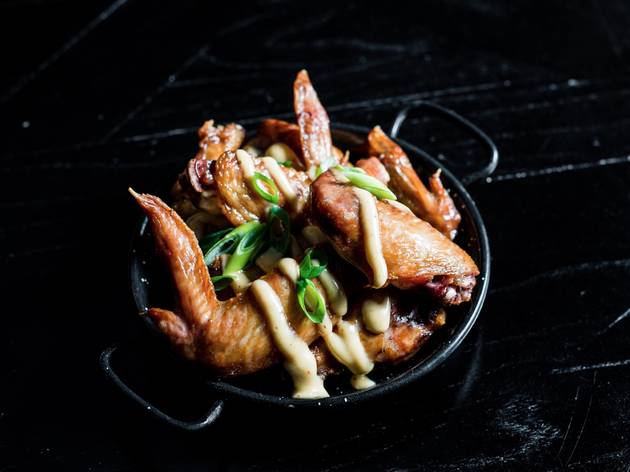 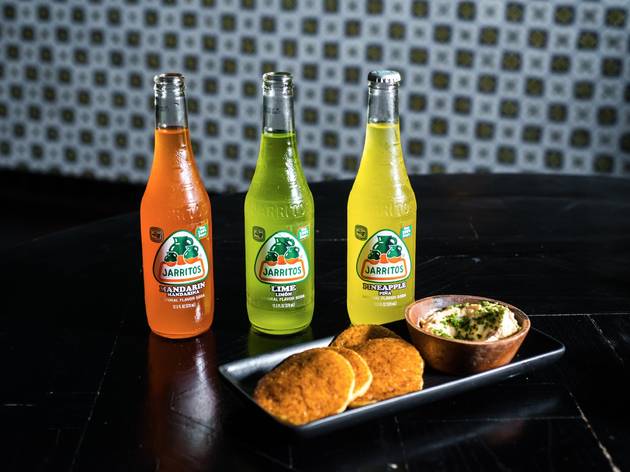 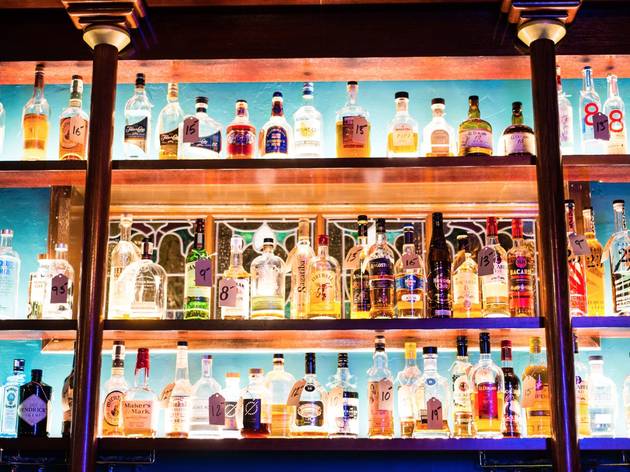 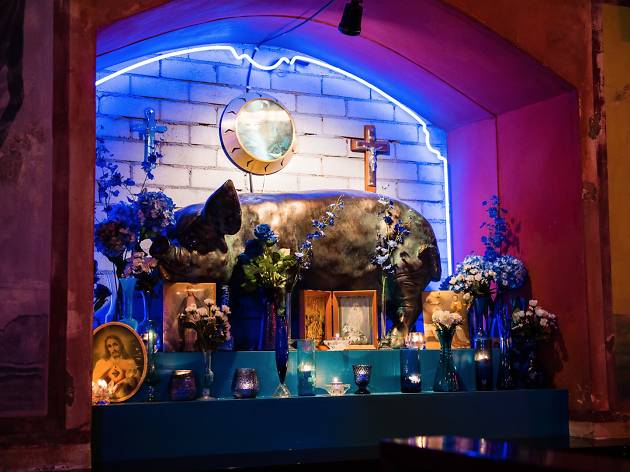 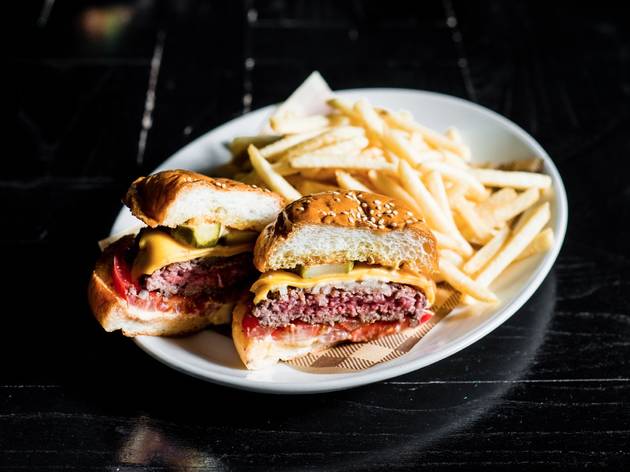 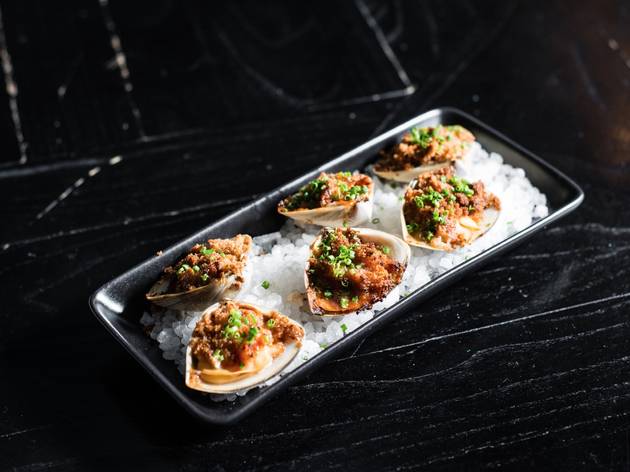 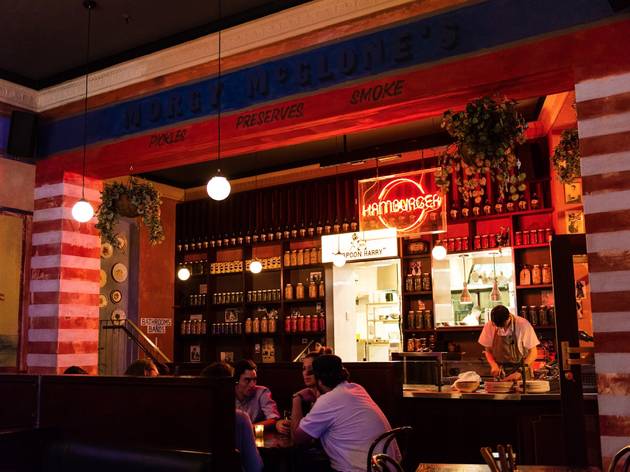 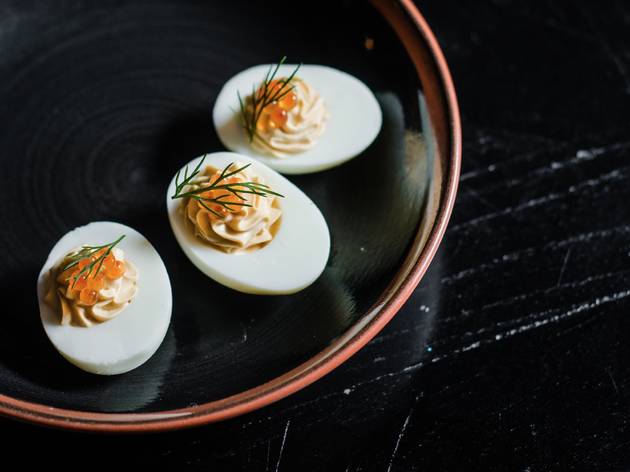 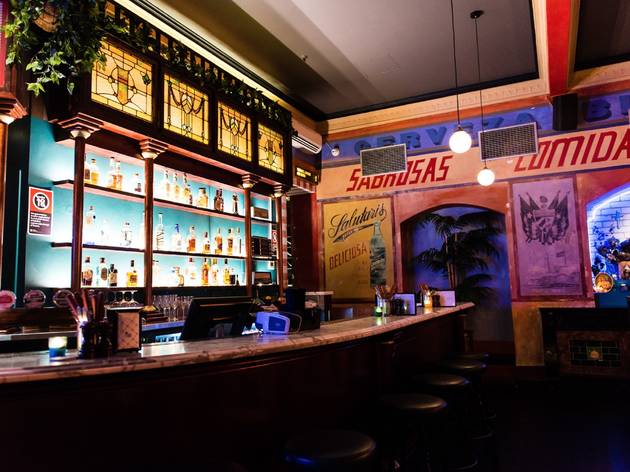 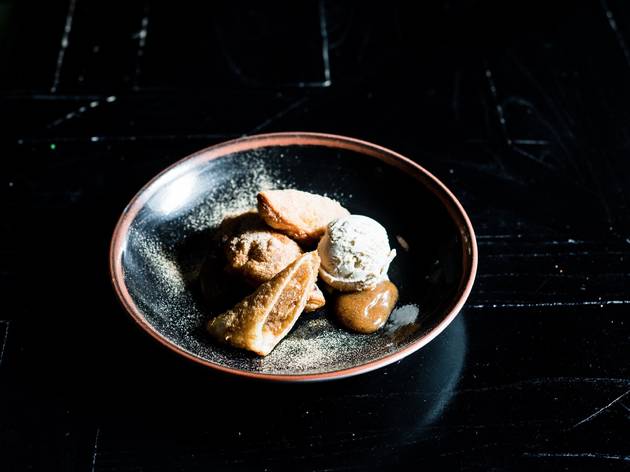 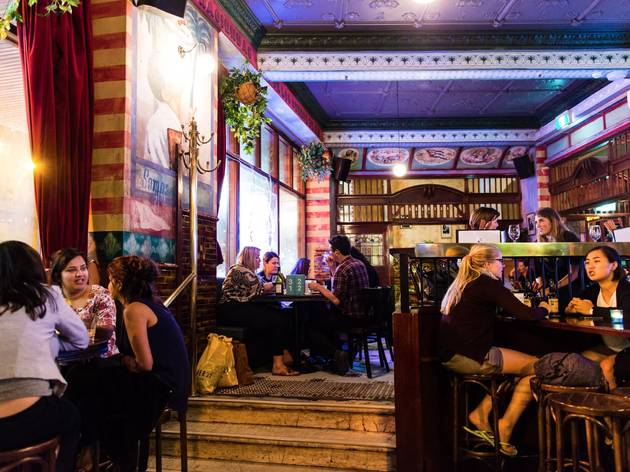 The corner of Wentworth Avenue and Goulburn Street had been in a state of flux over the last few years, changing names, changing plans and never quite settling down. But since Harpoon Harry moved in things have become rock solid. In fact, you’ve probably already been hitting this hot spot for a boogie thanks to the kickass DJs they book for their free Friday and Saturday night parties. But now there’s a whole new set of reasons to visit, and it involves a little bar snack called johnny cakes.

They're basically piping-hot cornmeal pikelets with a creamy pimento cheese spread swiftly melting on top. It feels like breakfast for dinner and is an excellent foil for a few rounds of the malty Monteith’s American pale ale. Who do we have to thank for these delicious morsels? That’d be Morgan McGlone, whose name will sound familiar because he is the guy behind Belle’s Hot Chicken.

Many places choose to apply the ‘American’ tag in the broadest possible sense – basically anything in a bun - but here they’ve taken a different path. McGlone has clocked serious time in Tennessee kitchens over his chefing career, and so enlisting him as the menu curator for Harpoon Harry was something of a masterstroke. Instead of getting yet another subpar basket of wings with Frank’s hot sauce on them, here you are presented with a dish of the super smoky, sticky and slightly sweet wings drizzled with Alabama white sauce, a tangy mayo based dressing that cuts through the smoke and fat. We fully understand wing fatigue – this is how you cure it.

Are you secretly a fan of old-fashioned starters? Well, devilled eggs and clams casino will be right up your alley – though not particularly filling. When you’re hungry, go for the single Harpoon Harry burger. It’s $15 and strikes just the right balance between sweet and savoury and manages to stay juicy without your bread feeling wet. Half the amount of salt on our fries is all we’d ask.

They’re across the party vibes, but the crew here also know how to moderate the mid-week mood with a combination of surf rock on the stereo, low lights, smashable beers like Kosciuszko pale ale, Little Creatures bright ale and Squire’s Swindler summer ale. They’ve also got Pacifico, Negra Modelo and Tecate in the fridges alongside Mexican soft drinks as a gentle reminder that this is a Latin-themed venue.

If you’ve grown tired of predictable pan-American fare cropping up in pubs all over the city, the new menu from Morgan McGlone at Harpoon Harry will hit the reset button on your enthusiasm for Southern-style cooking. In fact, we’re already planning a return visit to try the rest, starting with the fried apple turnovers with cinnamon ice cream.