Bars Freshwater
Recommended
4 out of 5 stars 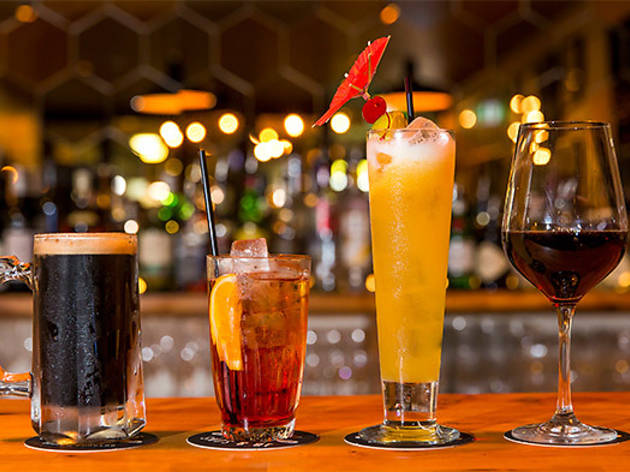 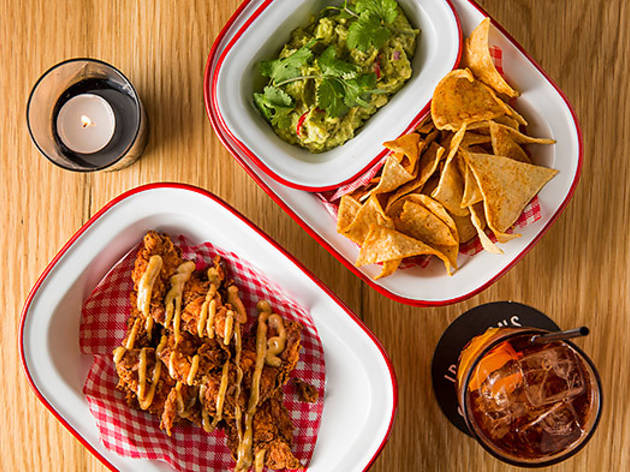 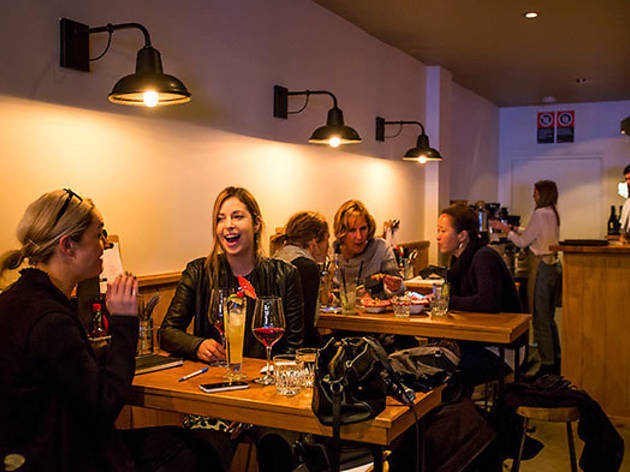 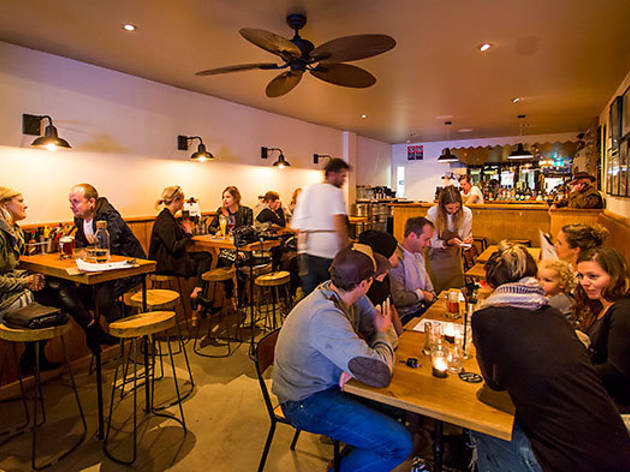 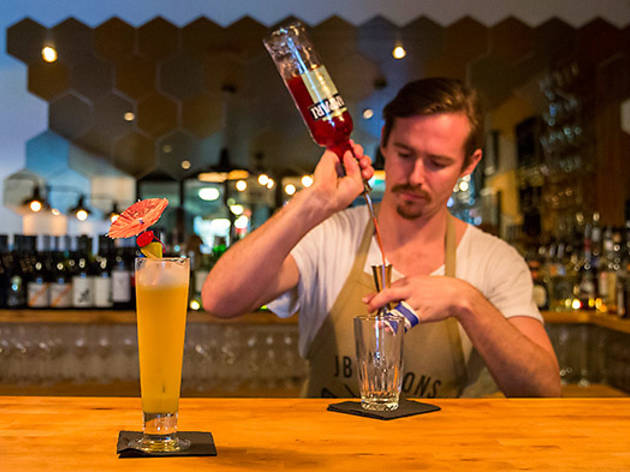 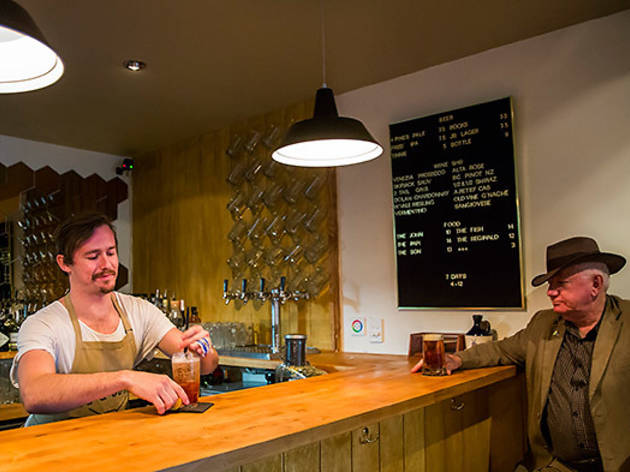 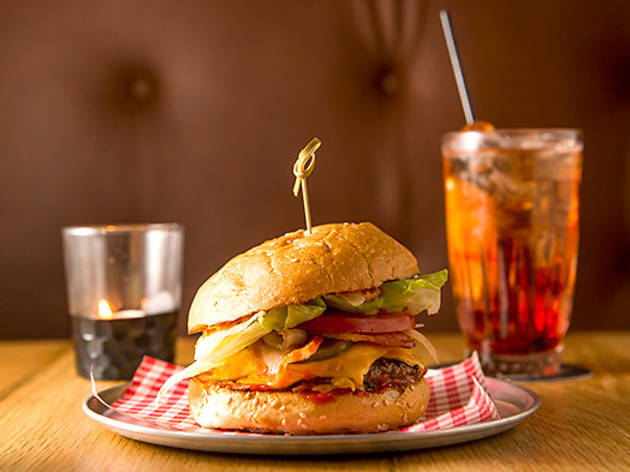 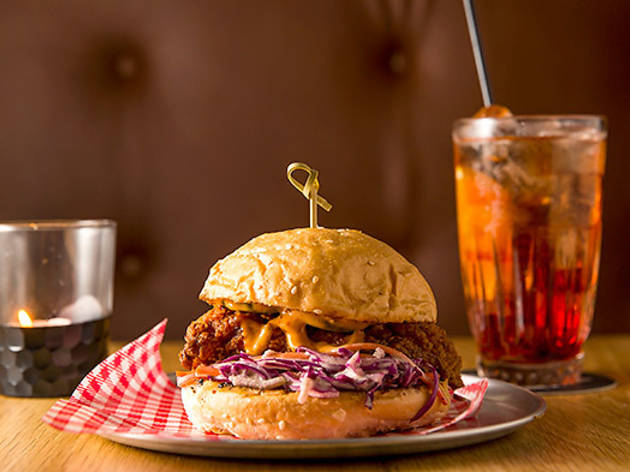 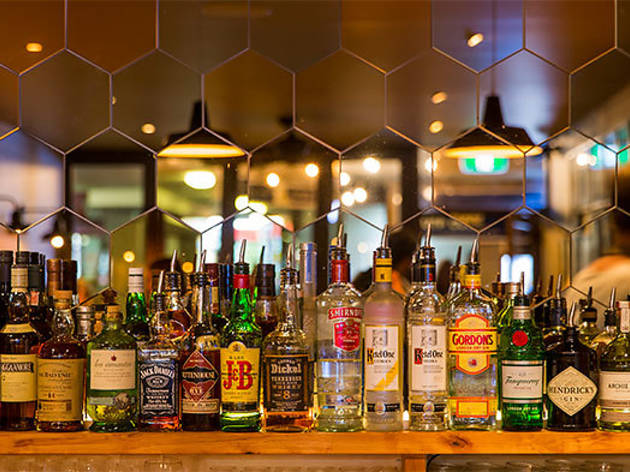 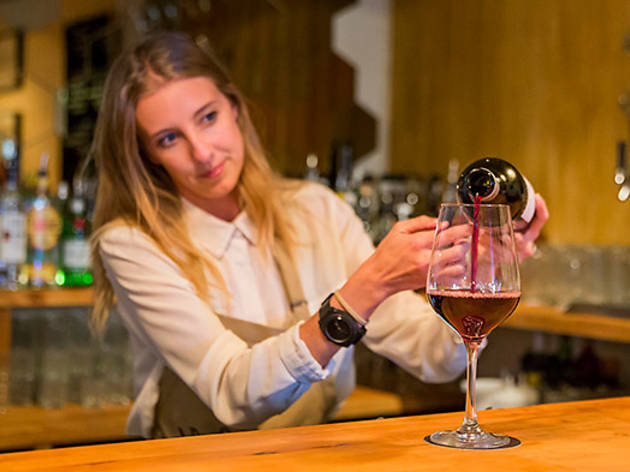 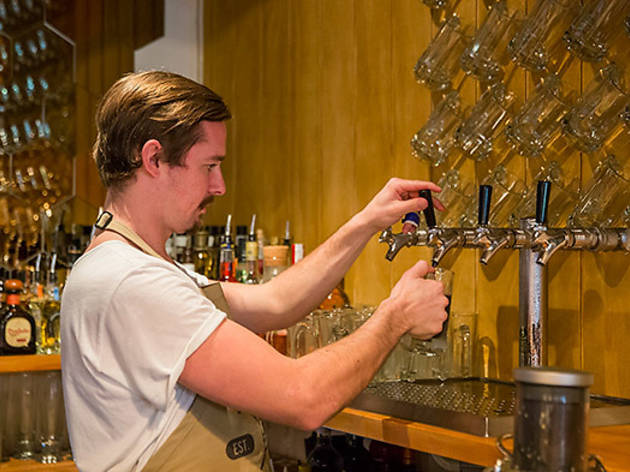 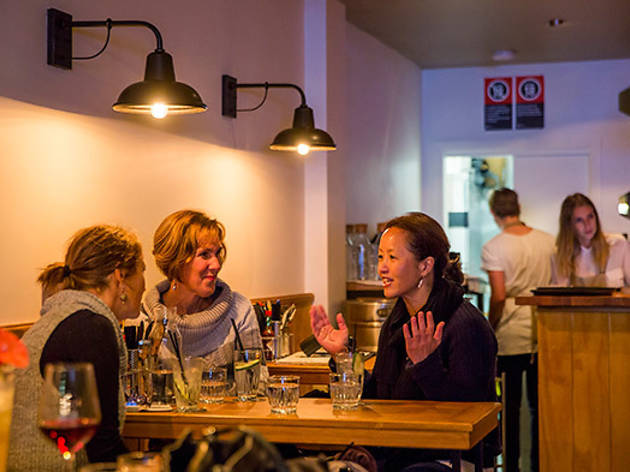 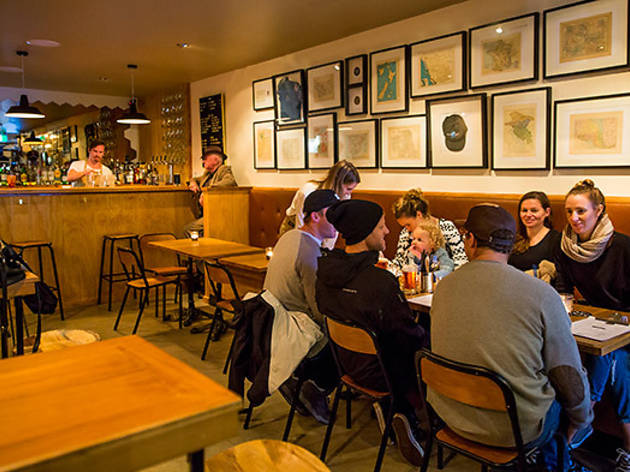 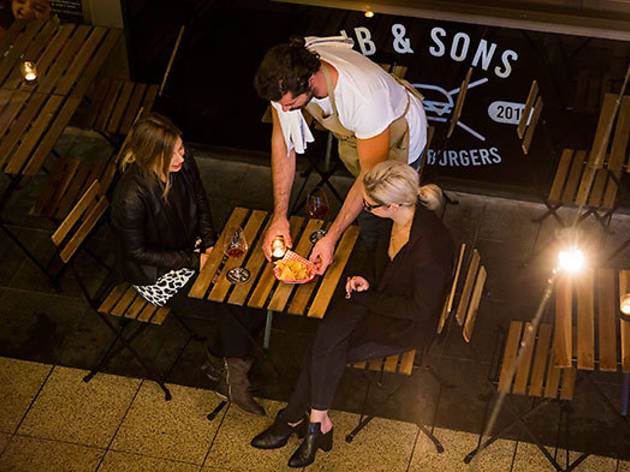 Freshwater, what has gotten into you? For a sleepy coastal suburb, you’ve suddenly got yourself a nightlife worth talking about

Until recently there was just one small bar calling the area-formerly-known-as-Harbord home. But while Stowaway was keeping landlubbers happy with mulled cider and churros, a second after-hours venue quietly popped up in the little arcade off Moore Street.

JB & Sons is the latest venture from the team that opened Hemingway’s. But this new venue narrows the focus to American fare, a snappy drinks list and the relaxed vibes essential for coastal boozing.

This isn’t exactly the sort of place you’d roll into wearing your wet boardies, though you needn’t dress up for the occasion, either. You’re here for burgers and beers, maybe even a cheeky Americano that is a long, fresh, bitter mix of vermouth, Campari and soda. For something as sweet as a tropical pie, time your visit for happy hour (4-7pm), when a vanilla-heavy lug of Pampero rum joins forces with pineapple and orange juice to create a $10 Honolulu Lemon.

Savour the flavour of holiday destinations with Bintang, Corona and Sierra Nevada brews. Or if you’re the kind of breakfast renegade who has considered spiking an Up’n’Go, you’ll want to side with the Michigan-based folks behind Founders Brewing Co, who’ve packed a heap of oaty, chocolate-y, coffee-scented morning flavours into their Breakfast Stout.

Take your fried chicken dressed in an Old Bay mayo with the cinnamon content ramped right up. Or enjoy it on a burger with Old Bay ’slaw, pickles and chipotle mayo. Either way, you’re on the righteous path. The meat is tender and juicy, and the spiced, bronze shell is a lesson in pitch-perfect seasoning. Vegos, on the other hand, can reward their ethical palates with an umami-rich mushroom burger that is more than a match for its beefier cousin, which is nevertheless an upstanding member of the burger community.

There’s no real theme at JB & Sons, but it is an inviting space to blow some time and money. Chet Faker is caressing your inner ear, the world’s friendliest collie is by the front door and the essential bar accoutrements are in position – festoon lights outside, old framed maps and hexagonal mirror tiles behind the honey-coloured timber bar inside.

We’re not sure what’s come over Freshwater of late, but if it means more good bars with great vibes like this, we hope the change is permanent.