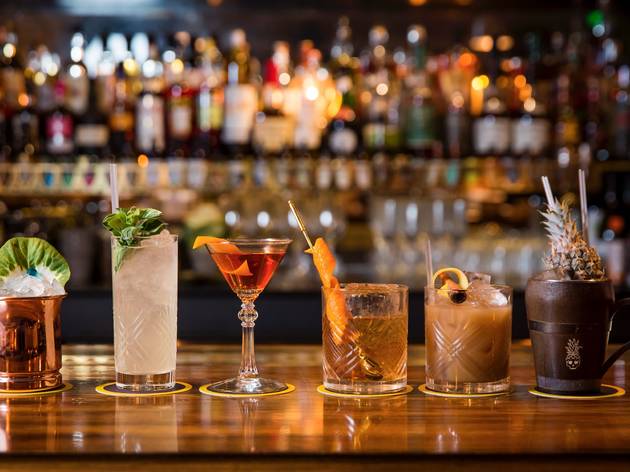 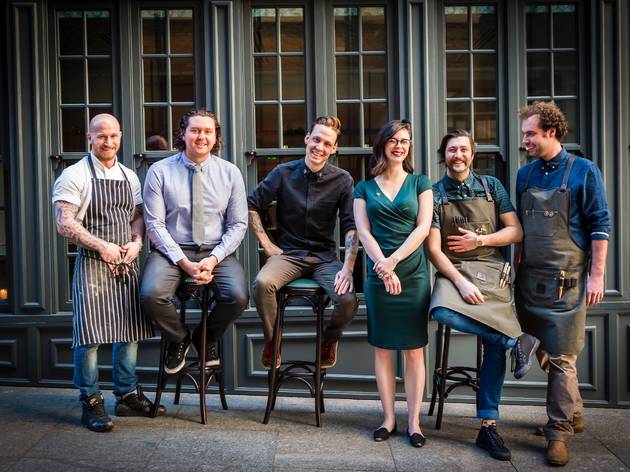 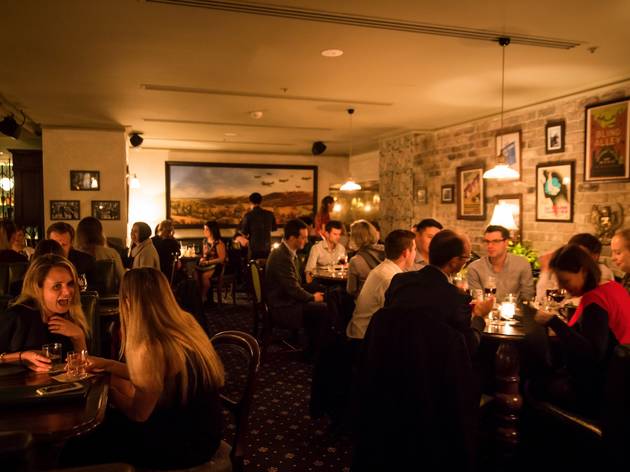 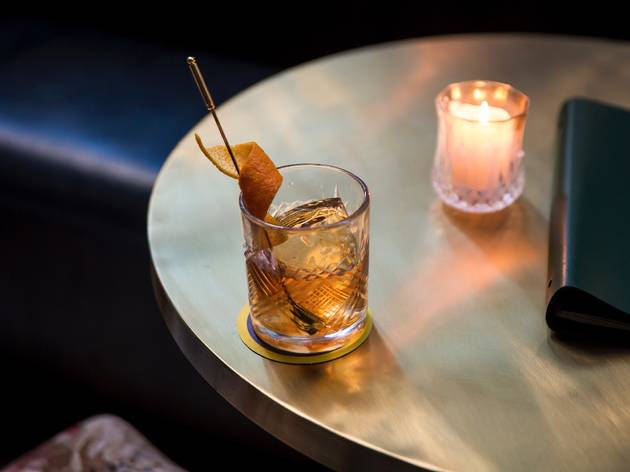 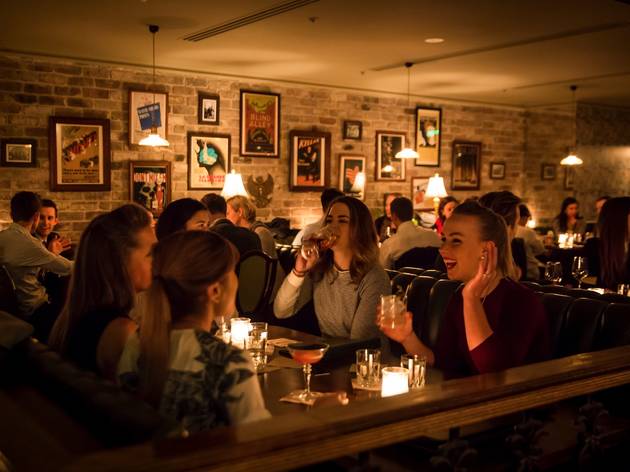 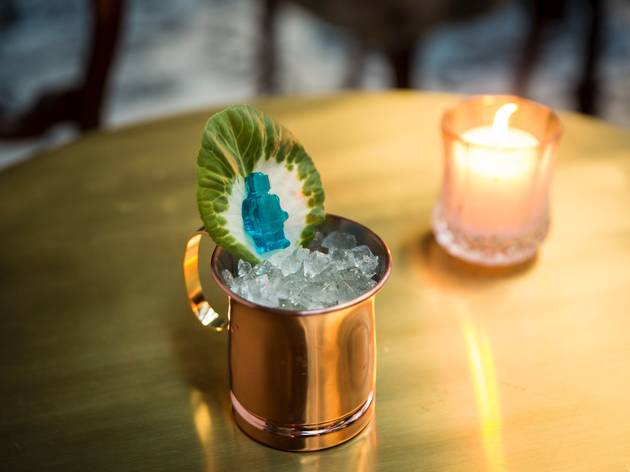 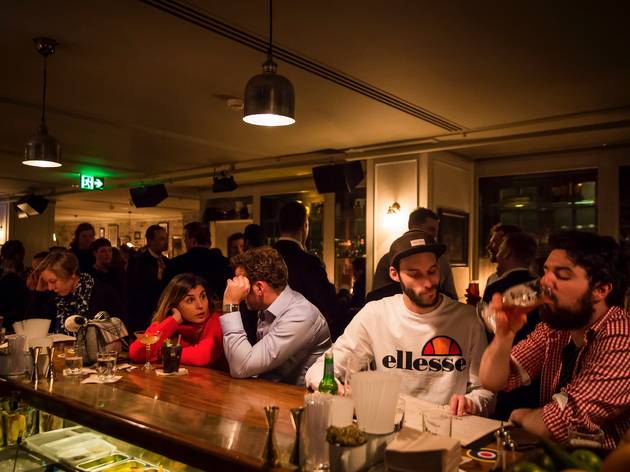 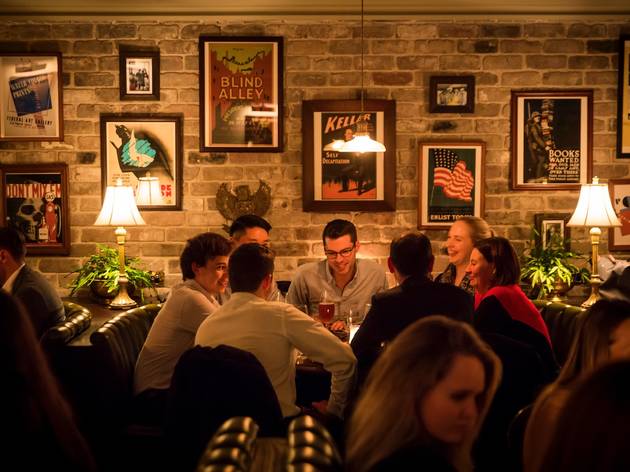 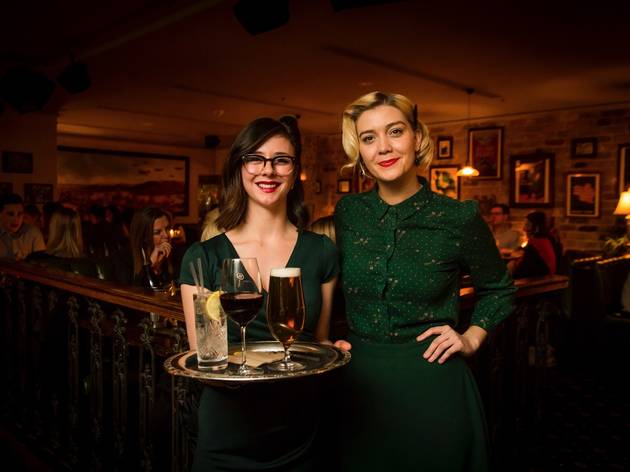 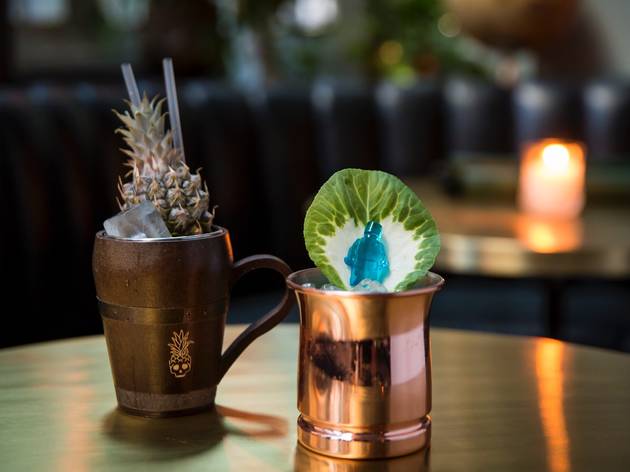 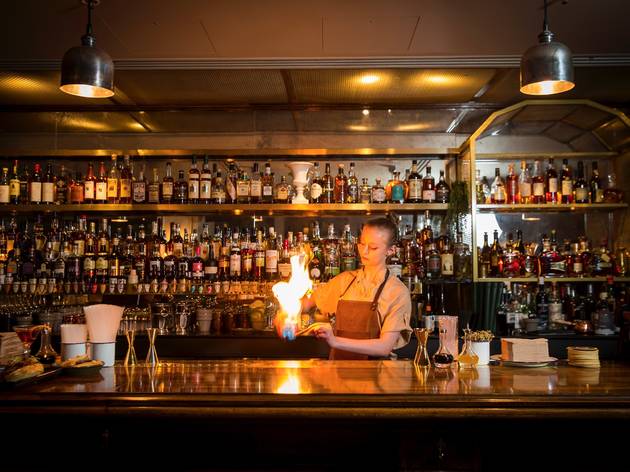 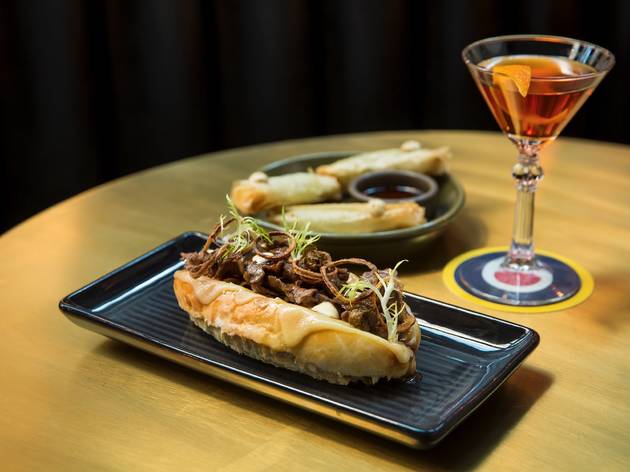 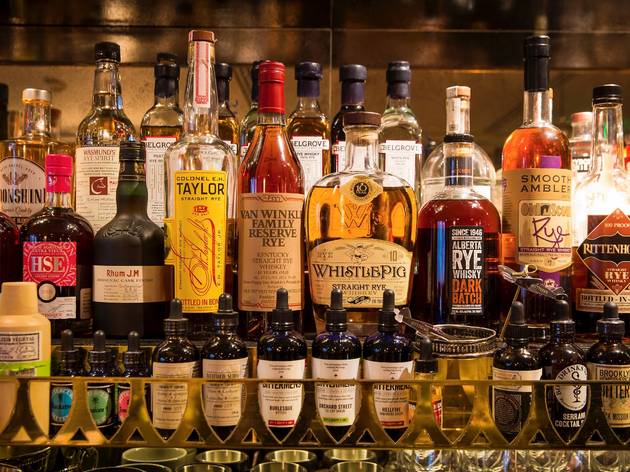 Together with the Swillhouse Group’s French bistro, Hubert, a '40s themed French-American bar is positioning Bligh Street in the financial district of the CBD as an after-hours destination.

Jared Merlino and Dre Walters of Lobo fame have taken over the corner of Bent and Phillip Streets with Kittyhawk, a slick, vintage-styled operation boasting an impressive collection of American spirits.

The bar is on the former site of the old Bull and Bear, which was channelling serious Wall Street vibes, but Kittyhawk is from another time and place entirely. Broadly speaking, the design is inspired by Liberation Day in Paris (August 25, 1944), and, more specifically, by the Rum and Rye Old Fashioneds, of which they have many, all of which which infuse different varieties of each spirit, along with angostura bitters, orange bitters, brown gomme and a boxy ice cube. We let the bartenders choose our spirit mix and are presented with a cocktail that tastes of soft caramel with a whisper of orange. It’s boozy as hell but you’d hardly notice over the smooth, dried fruit flavours. If you’re more a fan of something chic and citrusy, you want the Tigermoth, with grapefruit, fresh orange juice, fino and vanilla Bacardi.

It's got that old-world luxury vibe that means you feel right at home in your tailored work wear, and clearly the nearby firms have already gotten the memo – from 5.30 to 7.30 pm the place is rammed. We reckon a space at the bar with no seating might make ordering easier during the rush, but by 8 things settle into a stable rhythm, which is good because once you’re in it’s very hard to leave.

This is exactly the sort of place you want to go when you’re finally liberated from your inbox at the end of the day, and the knowledge that gracious service, ace drinks and a little steak sandwich are waiting for you makes leaving the office on time that much sweeter.