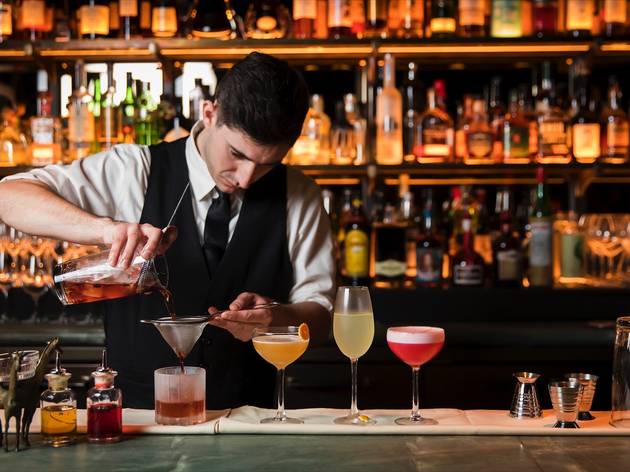 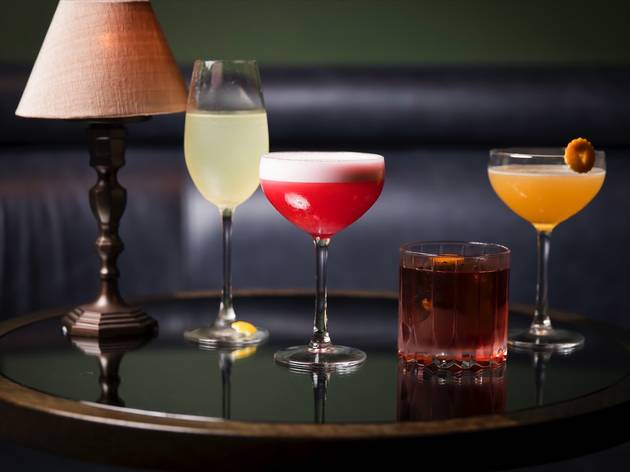 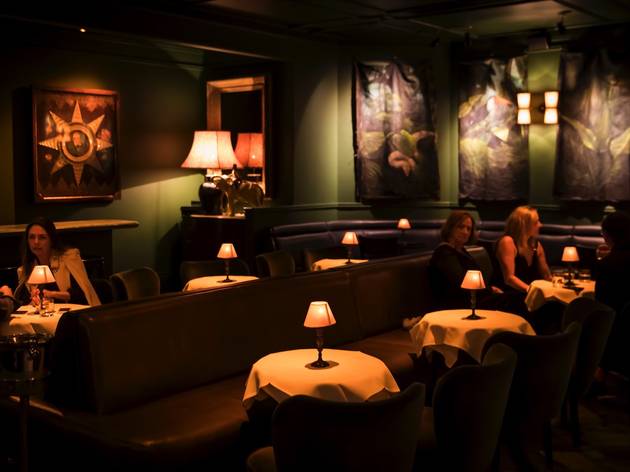 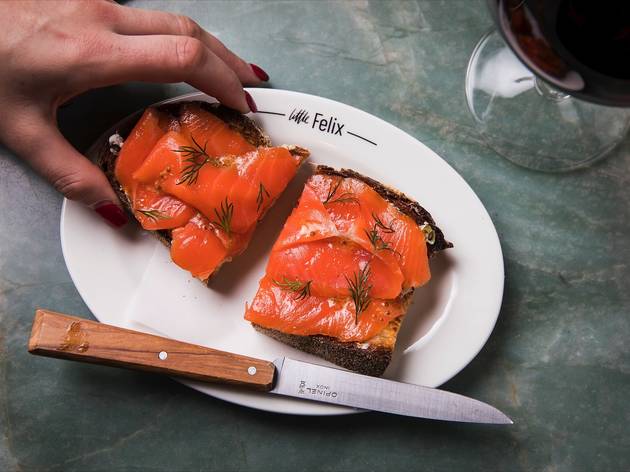 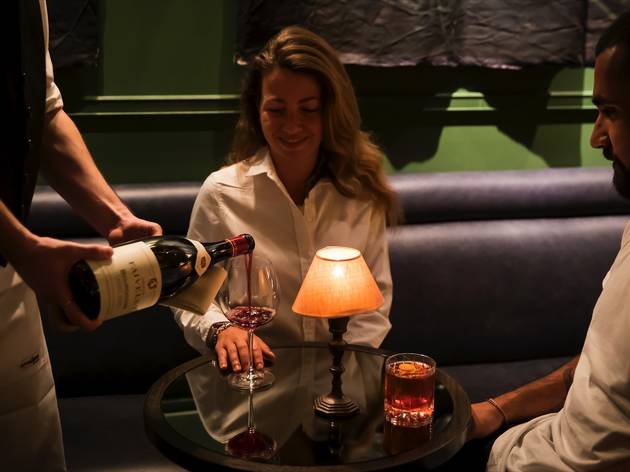 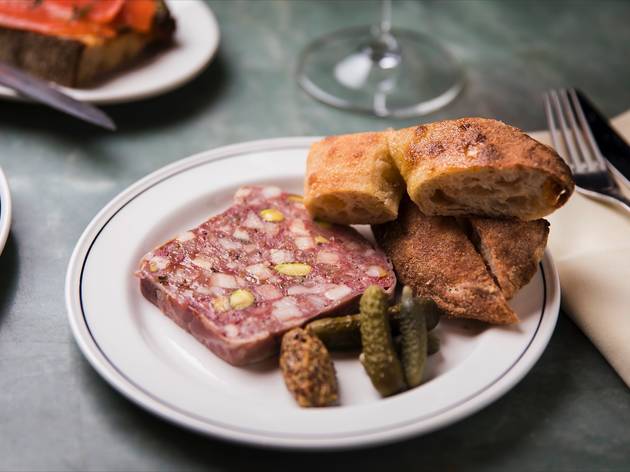 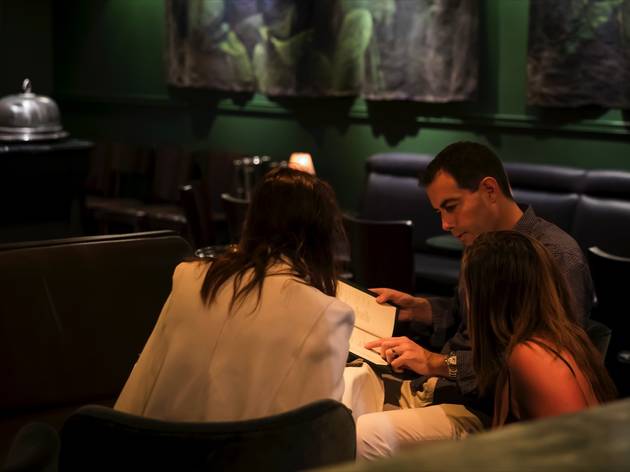 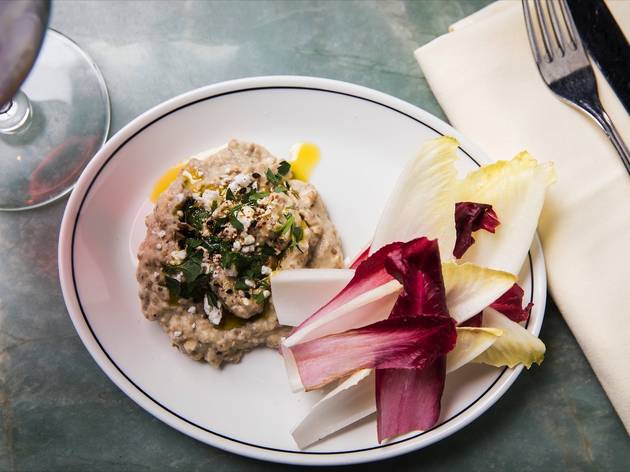 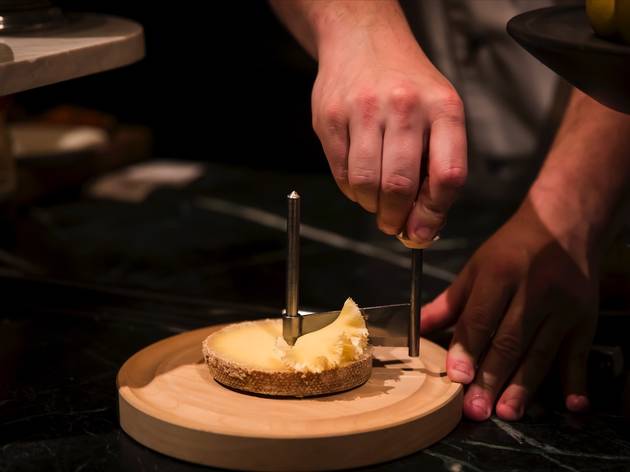 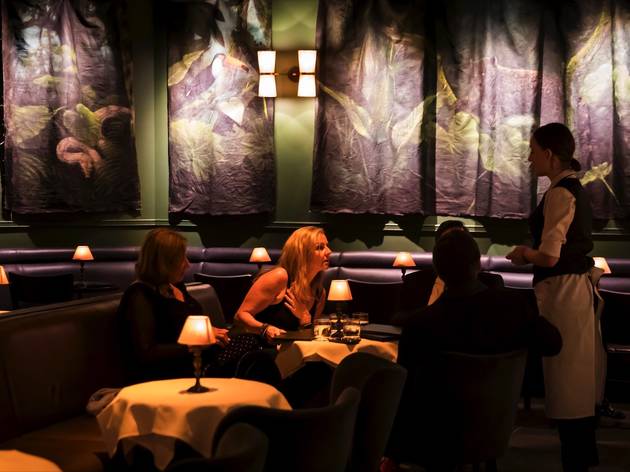 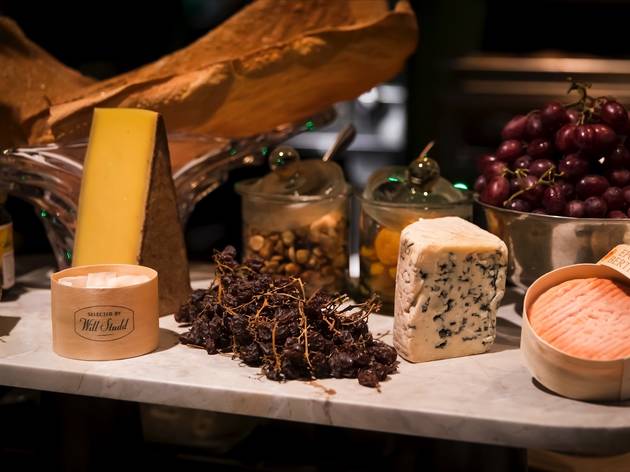 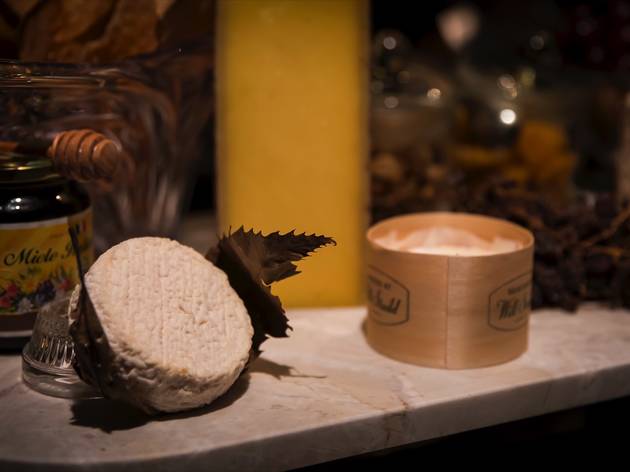 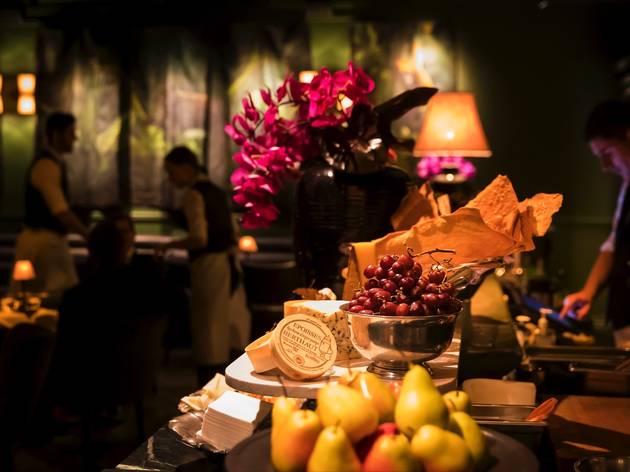 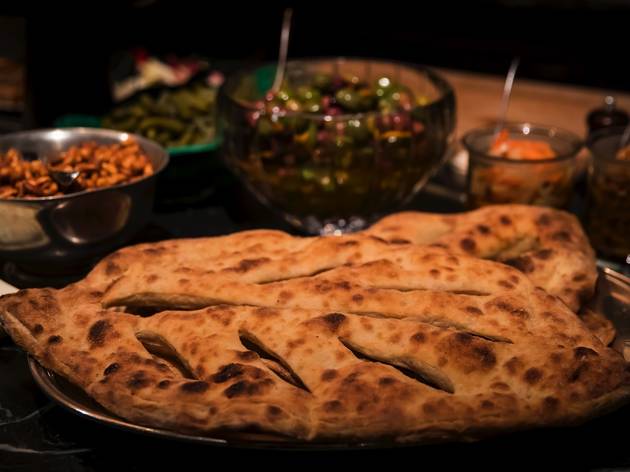 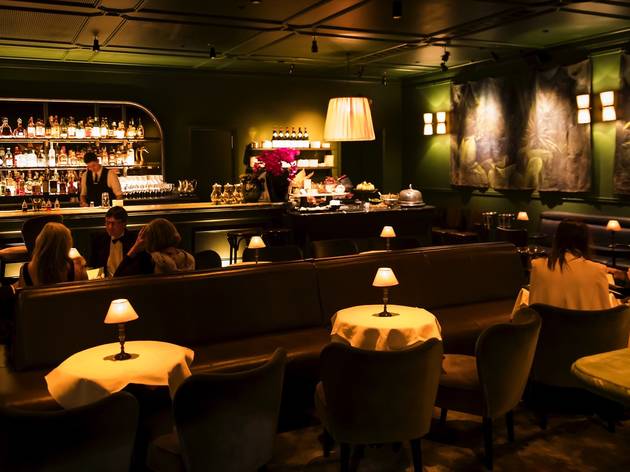 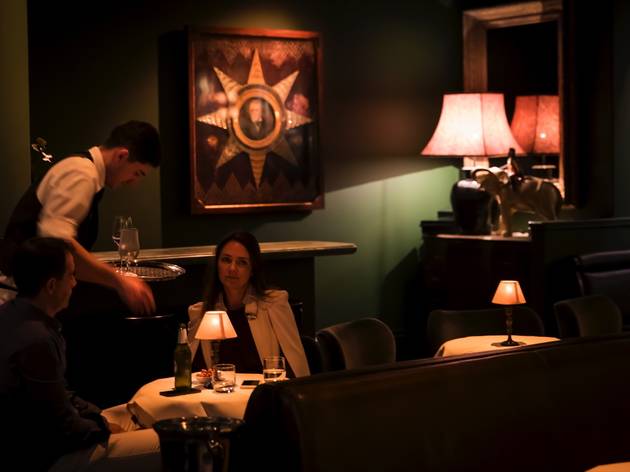 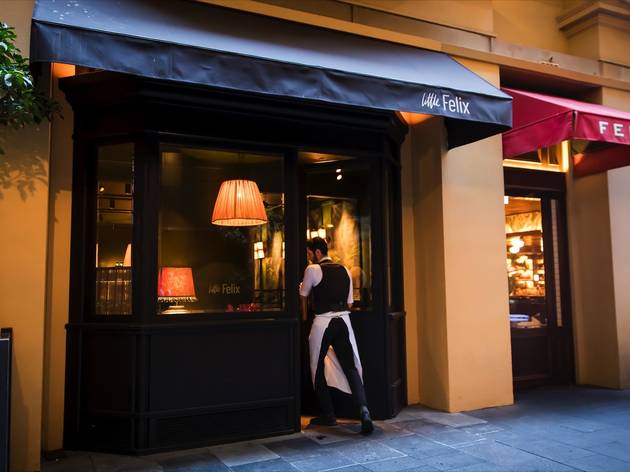 At first pass, Little Felix asks more questions than it answers. Isn’t Merivale doing practically the same thing, just across the laneway at Ash St Cellar? Doesn’t a bigger version of the concept already exist at Felix in the space right next door? Scepticism is justified, but we can assure you this petite cocktail parlour is doing something different – and doing it quite well.

If you’re planning a hen’s party or plotting pit stops for a CBD bar crawl, stop reading now. When we say ‘petite’, we mean it. You could definitely jam a dozen or so more bodies in the 60-seat space, but this is a civilised place, a table-service-only zone with very limited standing room. Save for the glass frontage, there are no windows inside, which lets the moody, monochromatic forest-green colour scheme cast a very seductive spell. When you settle into a sturdy chair or a bouncy stretched leather banquette, a member of the very attentive, waistcoated waitstaff will place a dainty ramekin of devilishly addictive spiced nuts on your little table and ask you what kind of water you’d like.

Water is a wise idea, because the revivers that come your way are heavy hitting. The Paris Meridian, a variation on the immortal French 75, takes top billing on the list, and rightfully so. It’s a masterclass in how to whet the palate, a tonic-like, desert-dry citrusy Champagne cocktail. Farigoule, a provincial thyme liqueur, imparts a whisper of the sweetness you find in aniseed or mint. You might have other plans, but don’t let them get in the way of a second round.

Pick-me-ups on the menu’s first page are neatly divided into pre- and post-dinner refreshers, with so-called ‘House Drinks' in between. Keep the motor running with a gin-heavy Raconteur, a riff on the World War I-era Alaska that features yellow Chartreuse and Macvin du Jura, a rich fortified wine. It’s like a bundle of fresh herbs with a boozy roar, evened out by the zesty brightness of orange bitters.

Tinkering with classic cocktails can lead to disaster, but the bar team has a clear respect for the archives, and their tweaks are subtle, smart and sophisticated. Turn to page two if you fancy time-honoured recipes that haven’t been toyed with – Gimlets, Gibsons, Sazeracs and the like – but know that whatever’s called for will be stiff, balanced and colder than a witch’s you-know-what.

You’re not seeing double – the bottles of wine circulating the room really are twice the size. Everything on the French-leaning list is poured from magnum, which makes for an apt bit of theatre regardless of whether you subscribe to the belief that bigger is better. Apparently, larger bottles command larger prices, too, because opening bids for a glass begin at $14 and skyrocket up to $75. (Standard cocktails start at $21.50, so tightwads beware.)

Food is no afterthought, but it’s a shame that both a spectacular pork, chicken and pistachio terrine and a smoky eggplant caviar that plays like black-tie baba ghanoush arrive fridge-cold. Radiant slices of smoked salmon from Mount Cook and smoothed buffalo curd on sourdough toasted to a gratifying crackle is more like it. Oh, and that dramatically lit display of top-shelf French cheeses you’ve been eyeing off since you walked in is not, in fact, a 3D printout of a still-life painting. It’s very real. Don’t hold back.