If you're a bit of a restaurant nerd, you might already know that Felix takes some of its cues from New York brasserie to the stars, Balthazar itself a homage to the classic Parisian bistro. And if you're not, who cares? It's all about the atmosphere and Felix has captured it perfectly, from the floor-to-ceiling tile work (including some saucy frescoes, if you look up) to the bentwood chairs and polished brass.

The big difference at Felix is the quality of the talent. Chef Lauren Murdoch, for instance, could take down anyone working in the Balthazar kitchens with her eyes closed. Her menu of bistro classics is, in true Murdoch style, deceptively simple but for the most part beautifully executed. Take her long, thin, tender slices of tripe slow-cooked with buttery onions: it's the spag bol of offal with its sticky richness. And how about a big beefy amen for the flank steak? Here, it's sliced across the grain and smothered in herb butter with a big pile of golden chips. A salad of poached egg, frisee and duck liver is only slightly let down by the liver being a little overcooked. On the floor, there's Ash Street Cellar star Teneille Scurrah plus third generation French waiter Mathieu Mozzicanacci, fresh from NYC's Restaurant Daniel. Mozzicanacci, the triple-threat armed with a waiter's friend, has worked in Michelin-starred restaurants since he was 16.

Felix also features one of the most beautiful bistro-style bars to have appeared since the Bayswater Brasserie met its end last year. And it's at this bar where you'll want to be drinking a bone-dry Martini while eating your colossal Reuben sandwich - rich, salty corned beef on rye with pickled cabbage and a gigantic pile of pickles. And just because you can't keep us away from that bar (or, indeed, that sandwich), we'll be heading back to order a Bloody Mary, served here with a splash of port.

You'll find Felix directly opposite Ash St Cellar in the ivy complex and it's the perfect place for a long, boozy lunch. A fresh bar off the centre in the main dining room features outstanding fresh-shucked oysters plus all the fixings for that seafood platter everybody's talking about (it's not really our scene, but Don Draper would be in heaven).

It's the little touches that make Felix somewhere you'll want to eat. There's Tabasco on every table. The wine list put together by sommelier Franck Moreau mixes classic and new world drops and includes a few from wine importer Andrew Guard. The (fairly noisy) dining room is built for good times. Does it matter that Felix is a facsimile of a facsimile? Mais non!

At the back of Merivale’s mammoth French-style brasserie Felix is a small bit of bar-hugging real estate that makes for excellent CBD tippling. Especially if you like grapes. (We do.) Were we settling in among the suits in the dining room we might pop open a bottle and drink ourselves to wobbly contentment. But a pre-dinner drink is best taken from the by-the-glass list, another comprehensive collection of reds, whites (some premium) and desserts. A splash of Domaine Jean-Michel Gerin syrah is just the dry drop for us. It’s a great recommendation from a typically friendly bartender who makes time to talk us through the options – and to cheekily brag about the price tag on Felix’s fancy-pants wine preserver and dispenser. The room is as impressive as the wine list: it's covered in clean white tiles, filled with dark-wood café-style stools and chairs and with a mosaic fresco above the bar area showing ancient Greek bathers having a damn good time. But the strongest sense you’ll have in this very French space is of Paris… via New York. Felix strongly recalls bistros like Balthazar in Soho and Café Luxembourg in the Upper West Side – stylish, Frenchified havens of booze and bistro fare for tourists and moneyed Manhattan folk alike. But while you may accuse Felix of being an imitation, you could never call it pale. 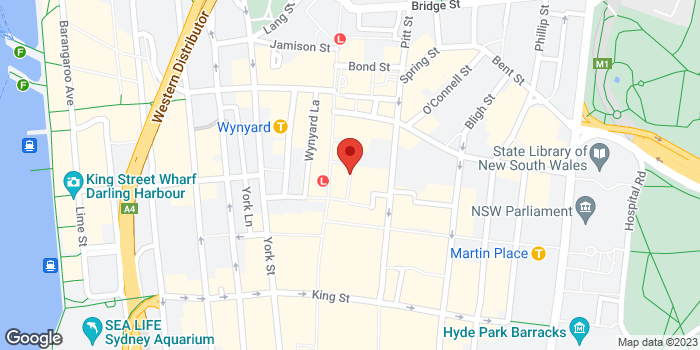