Bars Darlinghurst
3 out of 5 stars 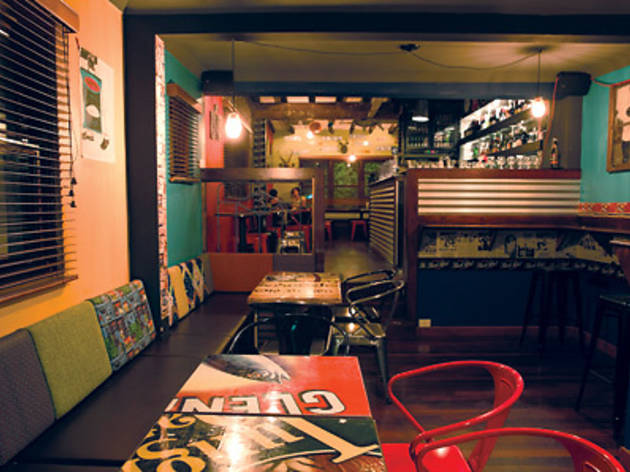 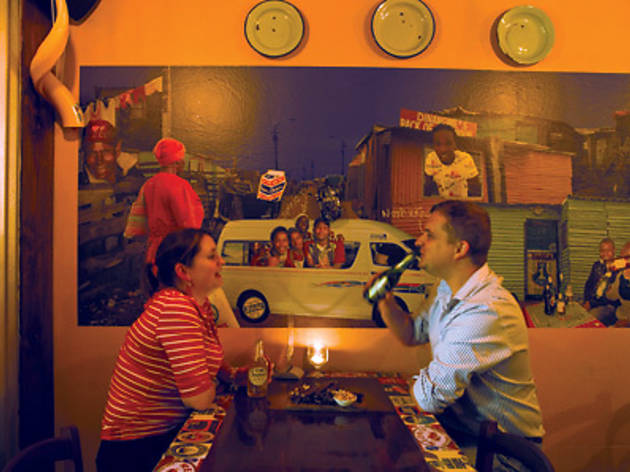 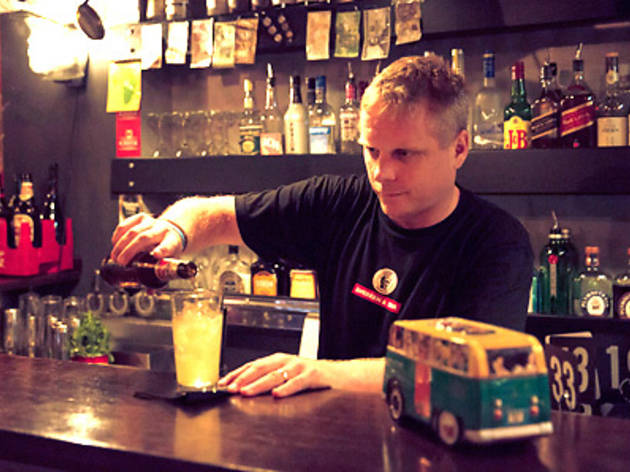 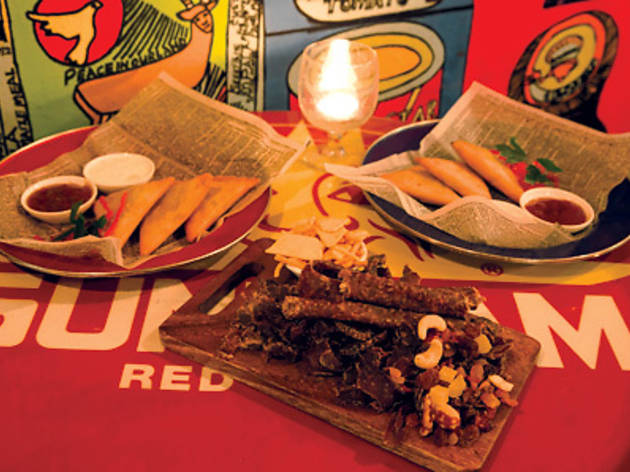 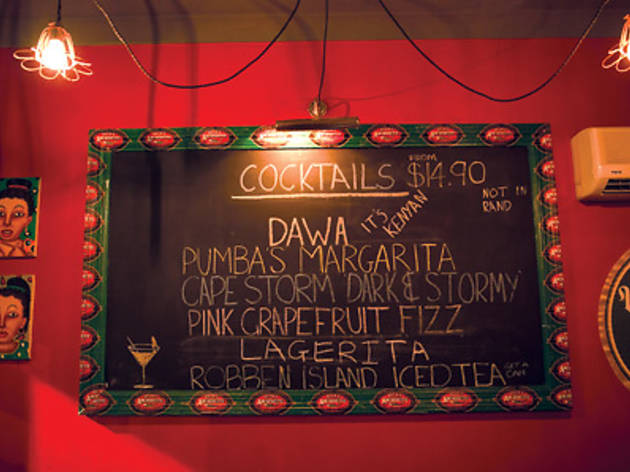 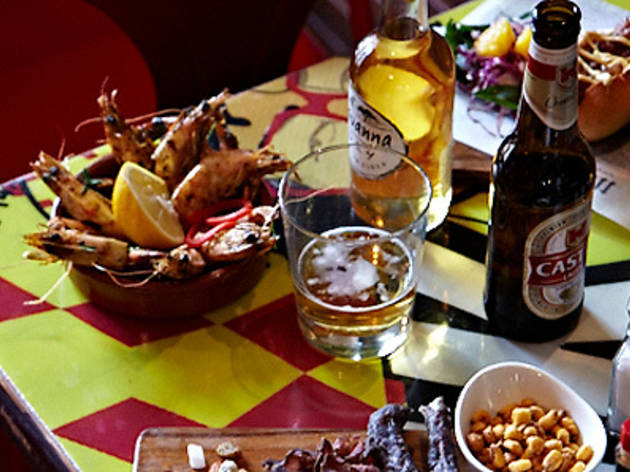 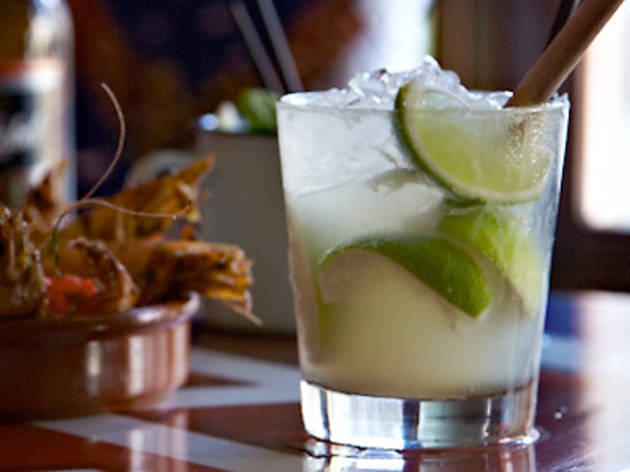 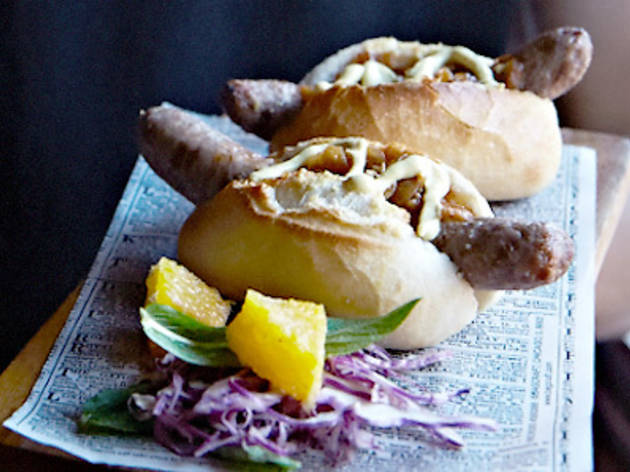 Tacos be damned. It’s all about the African bar snacks at this new Darlinghurst bar

All you can eat chicken wings. Are there any words so sweet to hungry ears? So popular are the Mozambican wings at Lucky Tsotsi Shebeen Bar that they have dedicated fortnightly Wednesdays to providing a never-ending stream of these tasty little peri peri drumettes – so far the record is 44 drumsticks for one guy. Challenge accepted! Here the secret recipe mixes chilli, garlic and herbs with a good squeeze of lemon juice. Keep in mind they’re not the most elegant of bar snacks so load up on napkins and don’t wear white silk.

Before you go breaking out the safari suits and cranking Paul Simon’s Graceland – an album that should be on permanent rotation at this bar, jussayin’ – this is a far cry from your colonial style, taxidermy-sporting, Kenyan country club.

If a shebeen is traditionally a shantytown speakeasy cobbled together out of whatever is lying around, then Lucky Tsotisi is cobbled together from things that remind owner Oscar Lenden of home – minus the police raids. The walls are painted crimson and sunflower yellow in between swathes of Lion safety matches posters, logos for the Kaizer Chiefs, labels for Lucky Star Pilchards and an enormous mural of urban Africa. The bar is encased in corrugated iron and miner’s lights hang from the ceiling giving the whole place just a touch of the held-together-with-gaffa-and-prayers vibe that you would expect from an illicit bar in the sprawls of Cape Town.

A crisp, dry Savanna cider will have you feeling as pleased as Pumba on a hot day, but in our opinion nothing chills you down like a frosty beer. They have five African beers on the menu, in addition to some more familiar faces. Go for a Namibian Windhoek brew, but maybe give the stout a miss until the weather cools off. Grab the mild, slightly sweeter lager instead. For a more full-bodied beer that's still summer- friendly, order a round of the popular South African Castle Lager.

If you don’t like sweet cocktails, the Dawa is for you. Similar to a Caprioska, you control the sugar levels with the dawa – a mini muddle stick coated in creamed honey. Order a round of the Durban samosas to go with it – meticulously folded triangles of golden fried pastry so crunchy they feel like a stuffed crisp. Good on their own, they’re even better dunked in chutney and minted yoghurt.

An African-style salumi plate makes for a good table snack if there’s a bunch of you. It comes piled high with biltong and droewors – hollow dried sausages, like a mild twiggy stick – plus a small pile of dried fruit and nuts. But for us, the star of the plate turns out to be the dish of doodlenuts – crunchy, seasoned corn kernels.

Sure, we could do without the acoustic pop covers in the front bar but if you head upstairs you are well out of range of the speakers and so much closer to the air con so it’s win/win.

Sydney is a little light on for African fare but if good beers and tasty bar snacks are what we can look forward to then we hope this isn’t the last African bar to find its place in the Australian sun.