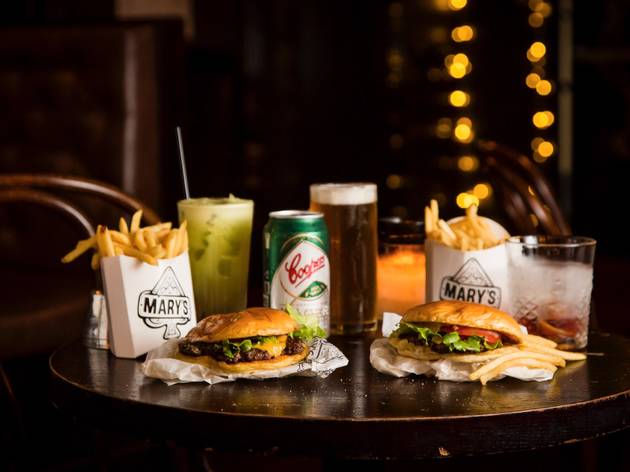 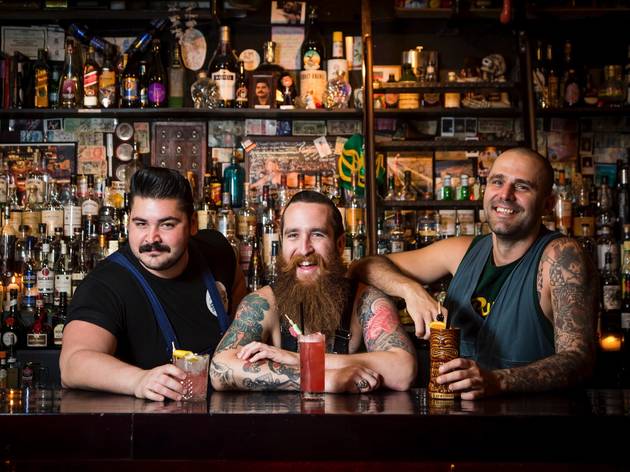 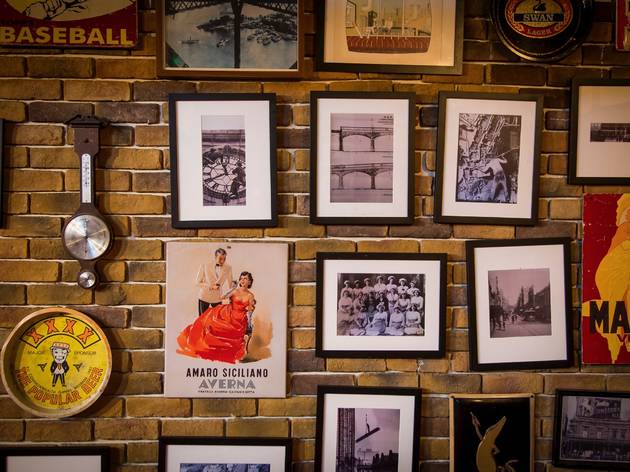 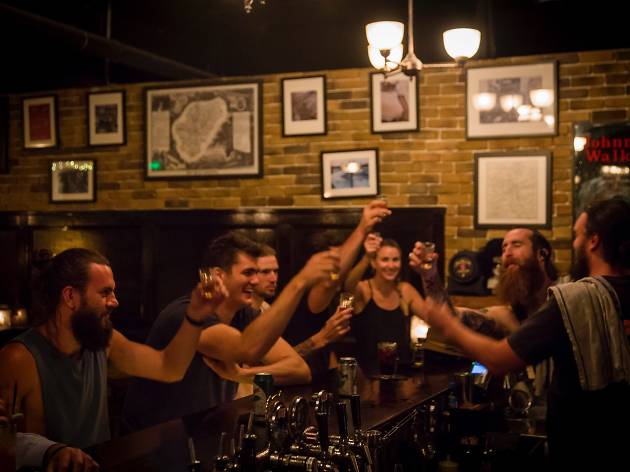 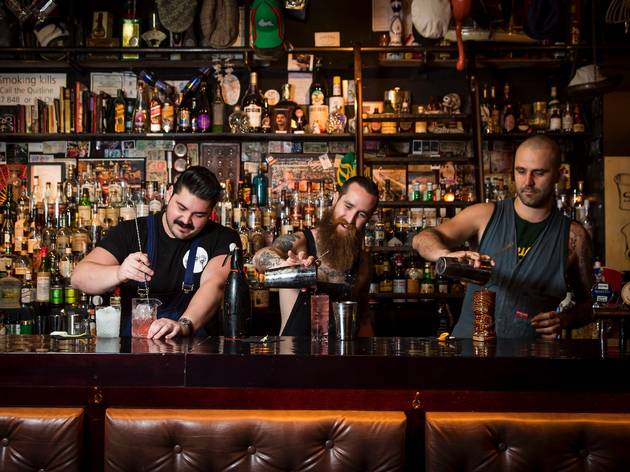 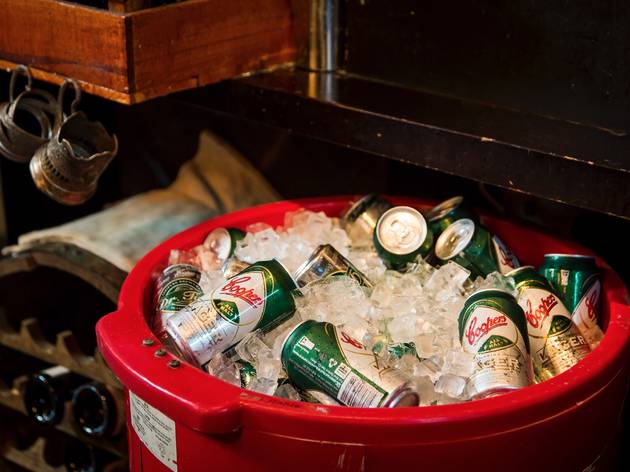 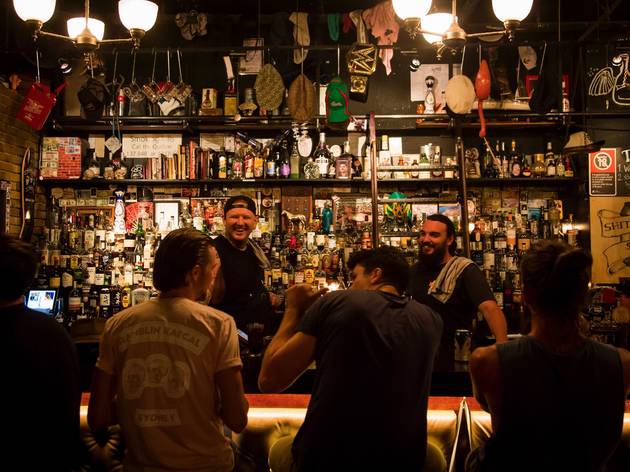 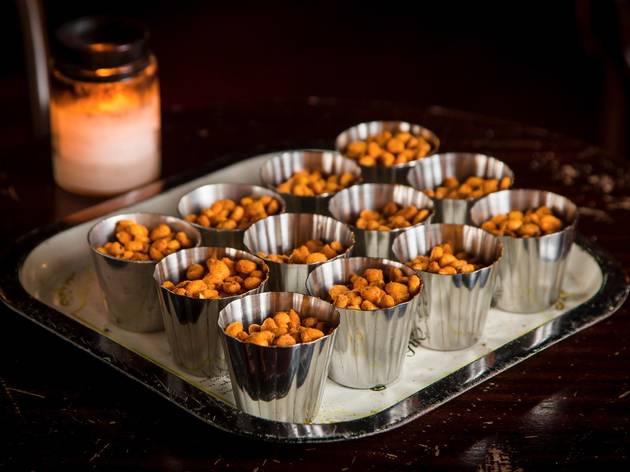 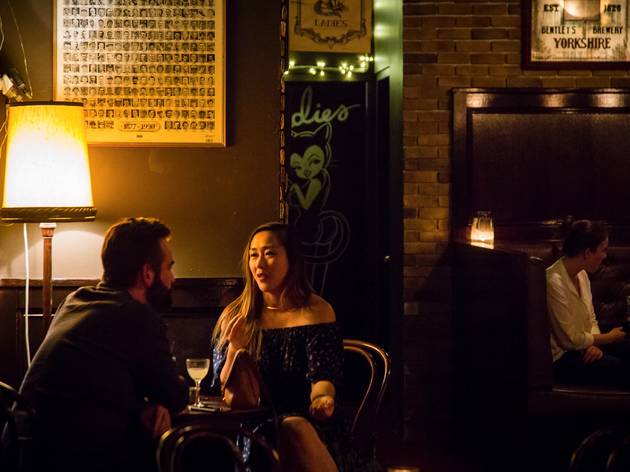 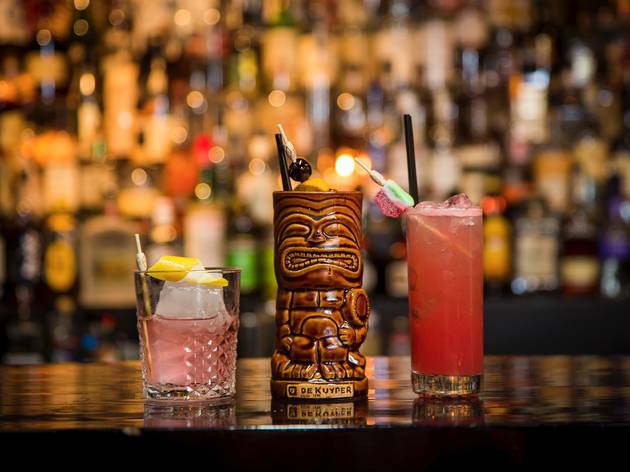 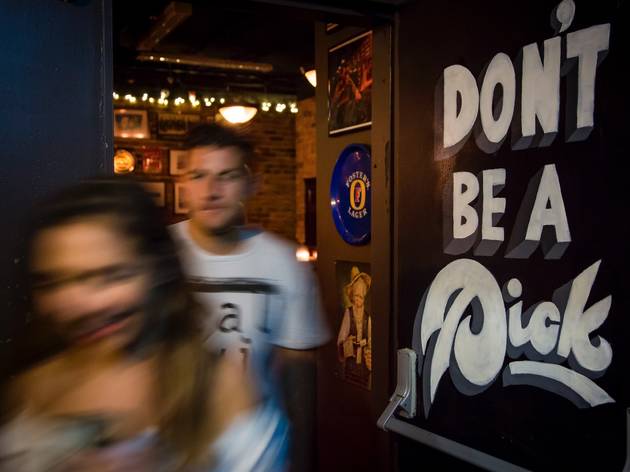 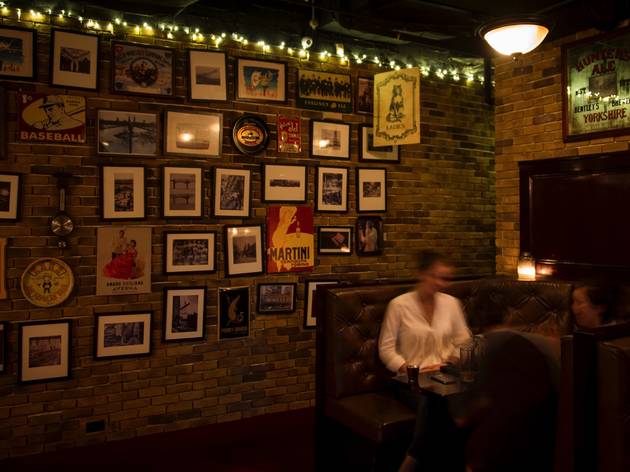 For a good time, visit the three ringmasters of this perpetual party circus

If, god forbid, anyone ever flipped on the grown-up lights at the Ramblin’ Rascal, what might it look like under the cold, sober light of fluoro? A barely renovated former comedy club in the basement of a nondescript city office block full of dentists, orthodontists and maxillofacial surgeons. The booths are vinyl and the carpet is – well, the less said about the carpet the better. Eyes front, people.

But show us another bar team in the state that can so readily be recognised by their skull logos alone. The rascals who make up the core team at the Rascal are so clearly delineated in look, roles and manner they might as well have their own trading cards.

Here’s Sebastian “Cosmo” Soto, he of the bold quiff and bolder moustache, a man whose run-in with an unsecured shaker of a popular cranberry-flavoured cocktail and some unsuspecting patrons when he was first starting out behind the bar was so spectacular that it has stuck with him as a nickname to this day. There’s Dardan Shervashidze, chiselled of attitude and shaved of head, a person who might at first strike one as being in the straightedge mould if he weren’t so profoundly enamoured of everything straightedge guys foresake, and someone given to considered discursions on body disposal (dig the hole first) and the philosophy and practicalities of non-monogamy in a post-#metoo world. And then there’s Charlie Lehmann. His signature look – working bar wearing little more than a pair of denim overalls, a long beard and a cheeky grin – has been co-opted all over town (and by several of the apprentice Rascals, male and female alike) but the unfailing vigour and sparkle of his chat puts him in a class of his own.

Whether it’s the six-buck “shit tins” or something a little stiffer, the drinks are good – these boys are Baxter Inn graduates, after all – but you’re not here for the Cognac and corn-nuts. You’re here to be part of a party that flows each and every day from a bar team that’s as humble as it is adventurous, as generous as it is vigorous, and friendly to a fault. Long may they ramble.