The Duck Inn Pub and Kitchen

Bars Chippendale
3 out of 5 stars 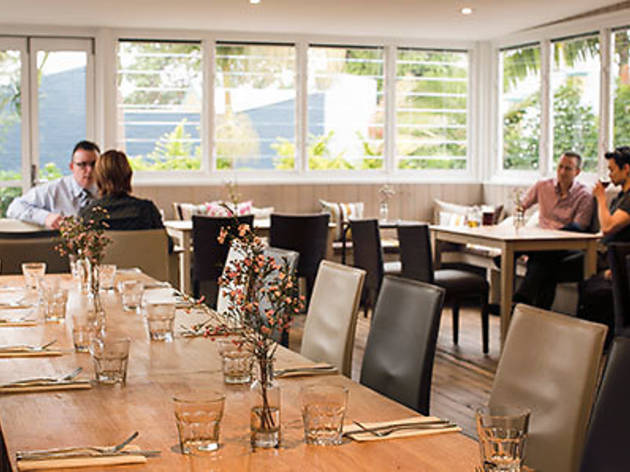 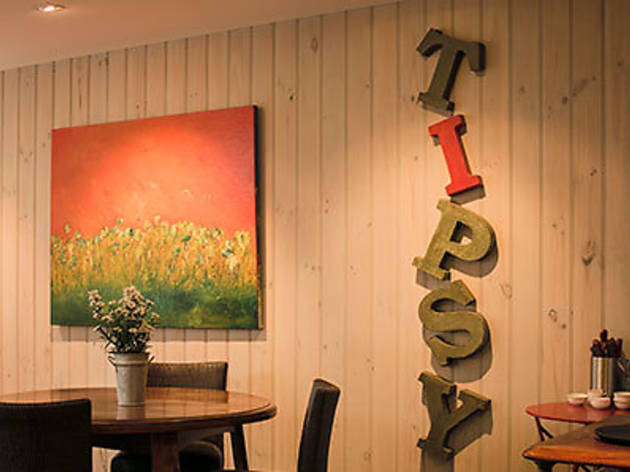 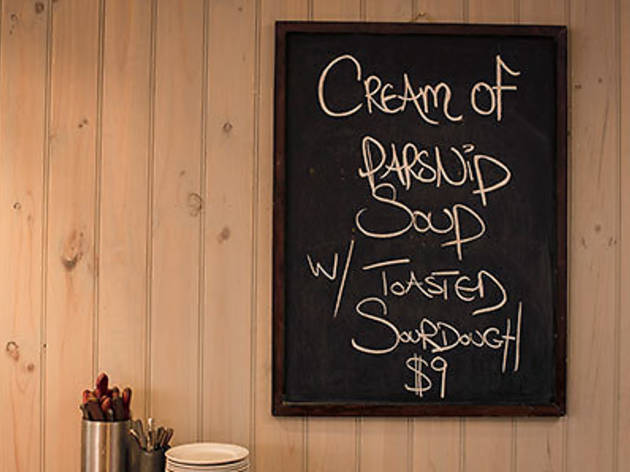 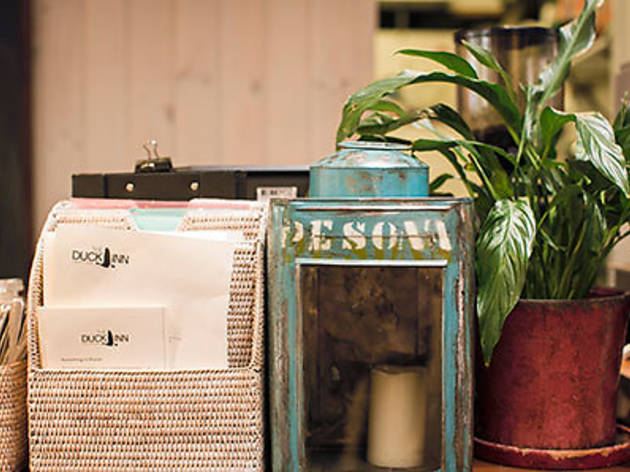 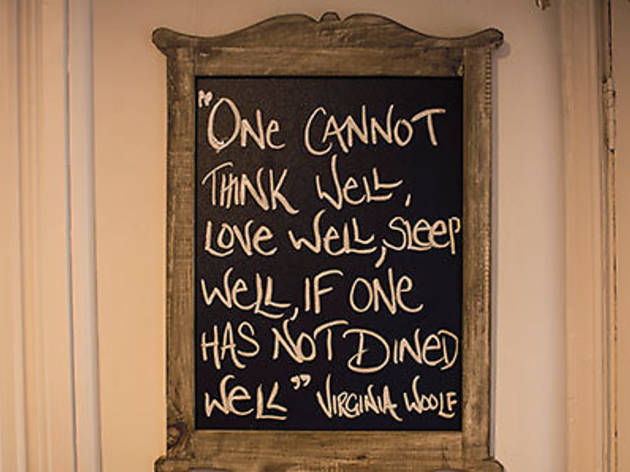 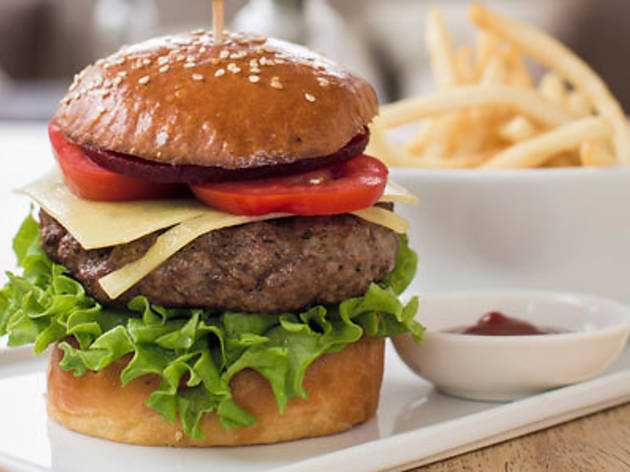 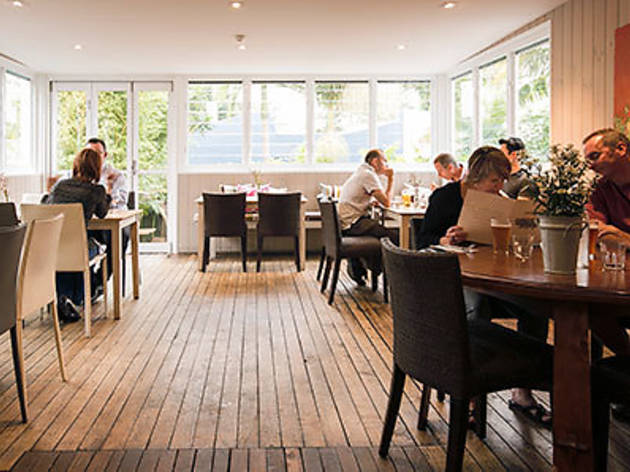 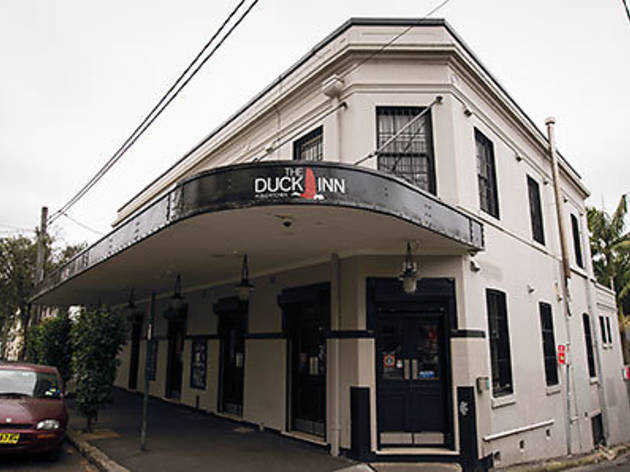 Hot chips. They’re a tricky thing for restaurants to get right, mostly because we’re all so pernickety about how we like ’em – for us it’s crisp and golden on the outside and fluffy in the centre, and don’t skimp on the salt. The good people over at the Duck Inn have found a nifty way to kick this problem by offering a tasting of three types of chips, a ‘flight’, if you will, of French fries, beer-battered and triple-cooked batons of the humble spud, plus a little pot of aioli for just nine bucks. They called it Chipfest, and we reckon they should make it a permanent fixture.

Chipfest was just one initiative that the Duck introduced to welcome themselves back into the neighborhood after some recent renovations. Other schemes included a Mexican Cinco de Mayo fiesta, a monthly curry night that books out faster than a bullet train and Australian winemaker dinners, all of which have enlivened the pub, seeing it become a much more dynamic place than it was before. It also helped set the place apart from the Rose Hotel, which is only a block over and entertains more of the Sydney Uni crowd.
During the makeover the pub was stripped back, scrubbed, whitewashed, polished and groomed. They’ve done a commendable job with the interior: a poor man’s library of faux-bookcase wallpaper sits well with their attempt at a cosy vibe, candelabras drippingwith wax and small bottles of flowers sit atop the tables and the bar is a beautifully wide thing, easy to sit at with a beer or a ladle of warm, mulled Batlow cider in cooler months.
One thing that isn’t so polished is the service, which is a bit too cool for us. The bunch of young waiters are either wandering, rushing or lazing around and catching someone’s attention played out like a game of hide and seek. But when our burger finally arrives, perfectly hand-sized, on a soft bun with a nicely tangy relish on top of a wagyu patty, we’re pretty happy, especially with the accompanying bowl of herbed and lightly spiced French fries. We are equally impressed at the execution of the mushroom ravioli, dolled up with micro herbs and harboring a giant fistful of flavour from daubs of blue cheese, although losing the truffle oil would help to score it full marks.
A glass of red does everyone a favour when ordering food like this, and there’s a great little mix of wine available from both abroad and domestic vineyards at affordable prices by the glass. Try the Argentinean Alamos malbec for $8, or a Tassie pinot noir from Devil’s Corner for the same price. You won’t find a cocktail list here, but you’re probably not going to duck in (!) looking for one. Instead order a Vale Ale from the tap, a round of beef and cheddar sliders and settle in for an afternoon session – we’re confident that you’ll leave very content indeed.