The Mayor Bar and Dining

Bars Cremorne
3 out of 5 stars 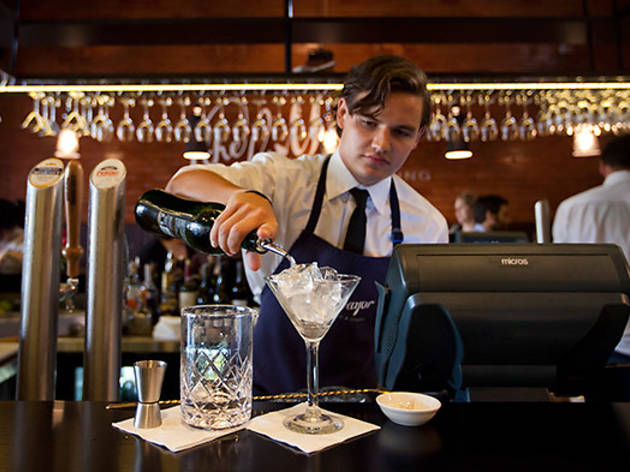 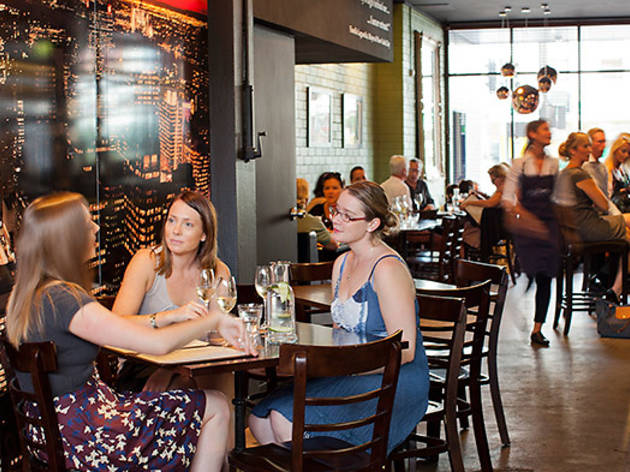 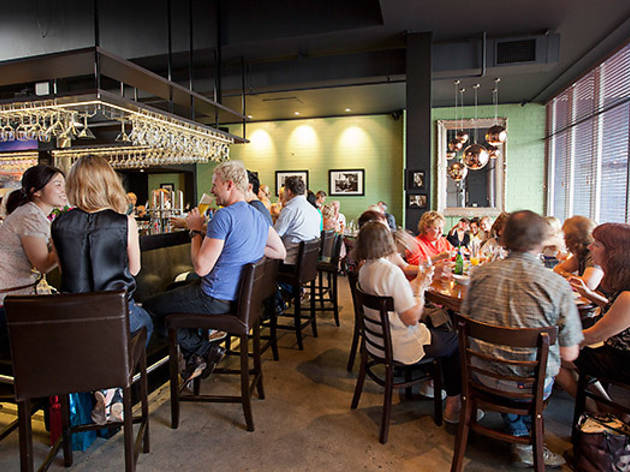 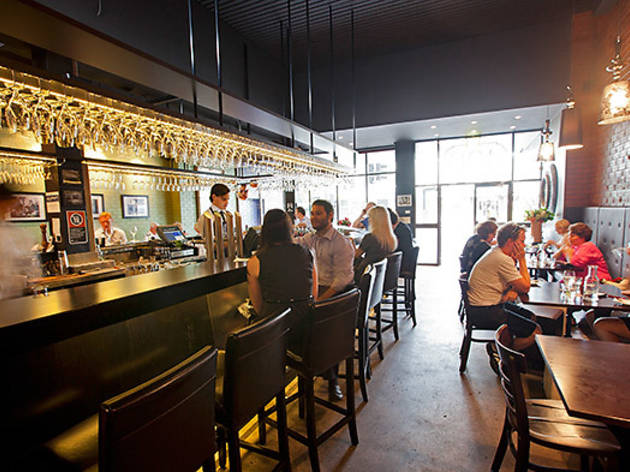 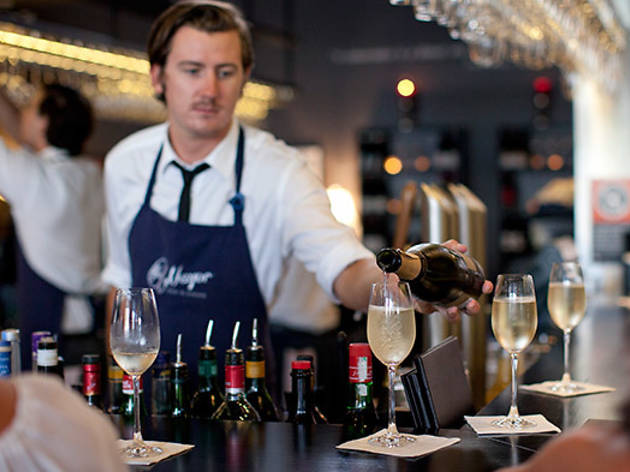 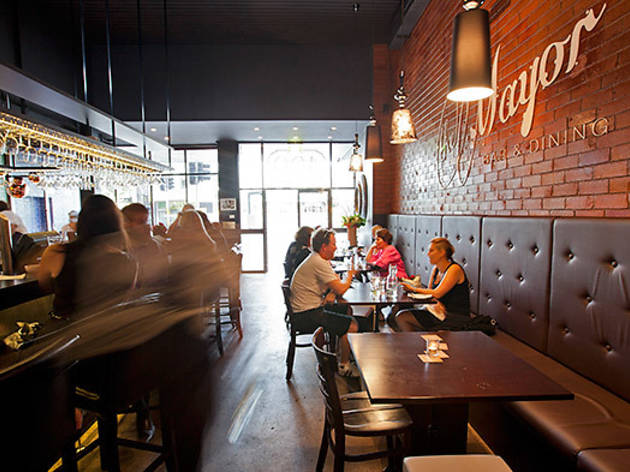 Until very recently, Cremorne has been short of quality drinking locations offering interesting food. Enter the Mayor Bar & Dining, which opened recently in the old post office building next to the Cremorne Orpheum cinema. The Mayor attracts a mostly professional crowd looking for a casual drink after work, or perhaps dinner before a movie next door, and judging by the swarm of people populating the bar, this type of thing is exactly what the suburb needed.

The interior is sleek and polished but comfortable, too. Large leather couches fill one corner while dinner tables and banquette seating line the remaining walls to combine a bar, restaurant and lounge into one well executed space. The dark-wood central bar is the focus point of the room, which is of ample width to rest your weary, over-worked elbows on over a glass of wine or a Sneaky Sneaky - a shot of American apple brandy submerged in a glass of apple cider. Careful with these - they’re called Sneaky for a reason. No one comes out looking pretty after five of these tasty suckers.
The wine list houses some offbeat drops from Argentinean malbec to a Teusner ‘Avatar’ - a blend of grenache, mataro and shiraz from the Barossa. Not to mention a great choice of whites from the Clare Valley to Alsace. Cocktail-wise we’ll be back for the Brooklyn Baby, a mix of house-infused peach vodka, vanilla, fresh peach puree with a lemon sherbet finish.
The menu hosts a few smaller dishes fit for snacking at the bar, including crisp, golden, southern fried chicken wings with blue cheese sauce and shreds of coleslaw (yee haw) or chorizo with creamy potato salad and garlic chips. For the more delicate eaters among us there are lobster cannelloni with beetroot puree and a dusting of fried, crunchy quinoa (everybody’s favourite ancient grain), or juicy tiger prawns swaddled in stringy kataifi pastry, nesting on a parsley salad.
The Mayor has summed up the needs of its locale in a single swoop. With its tasty snacks and bangin’ drinks list, it gets our vote when it comes to northside drinking.