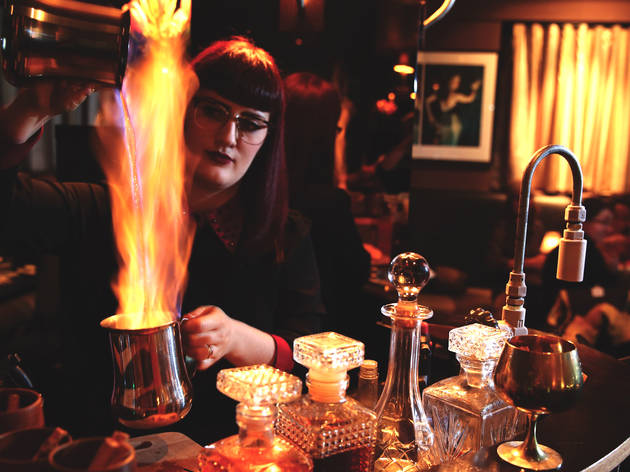 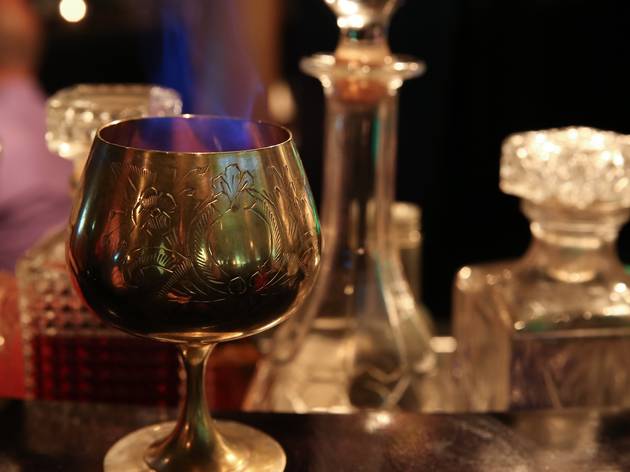 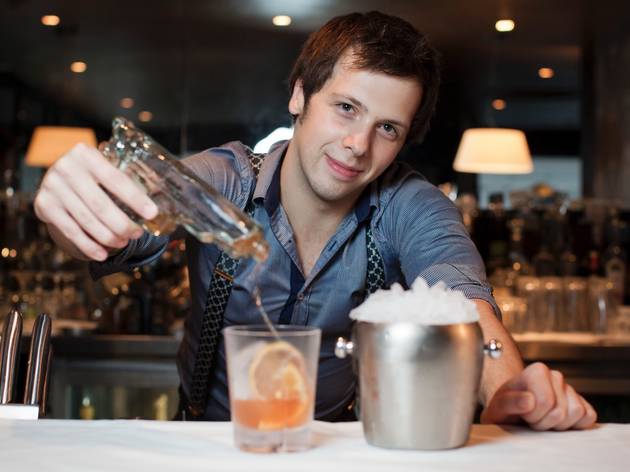 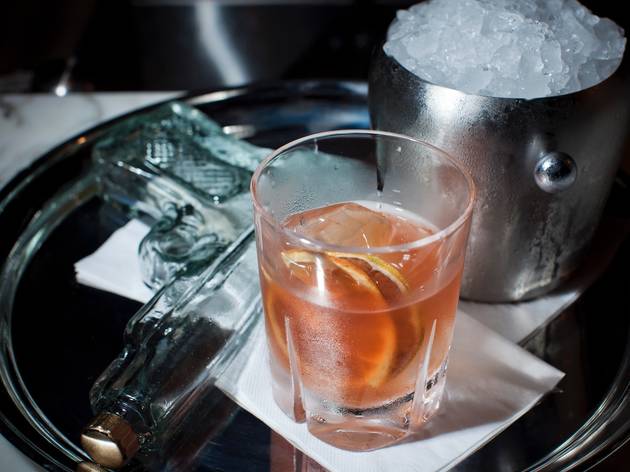 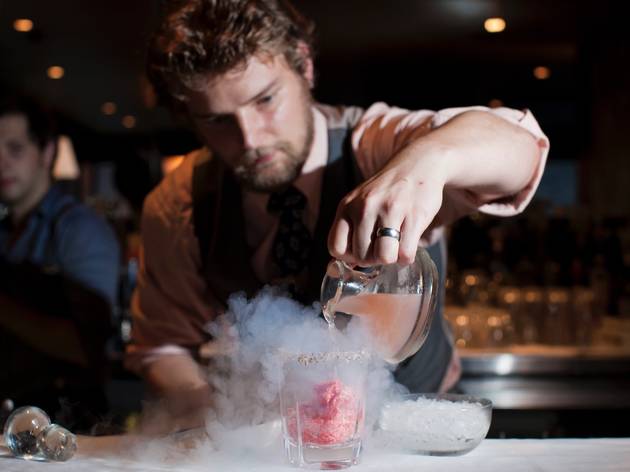 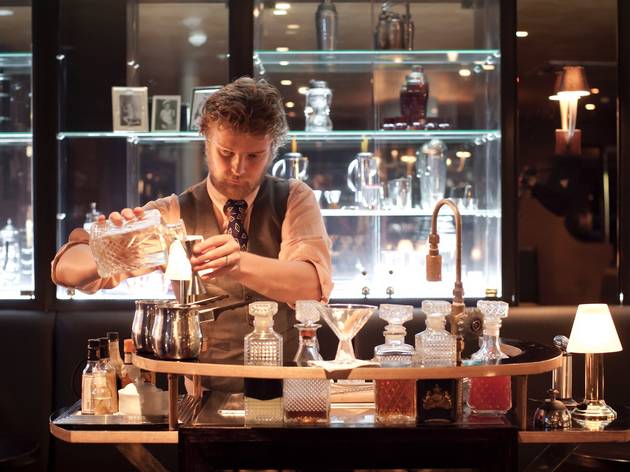 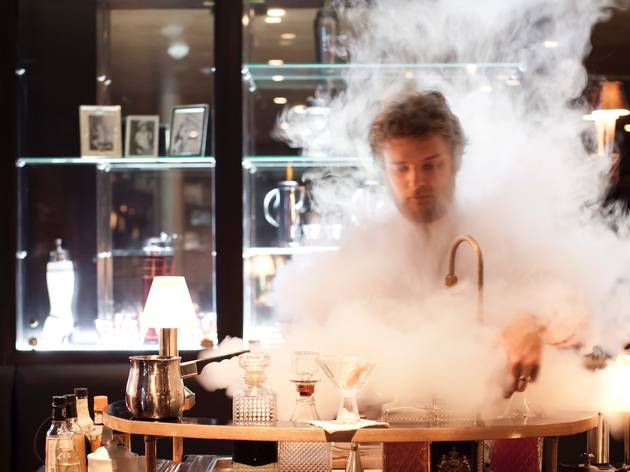 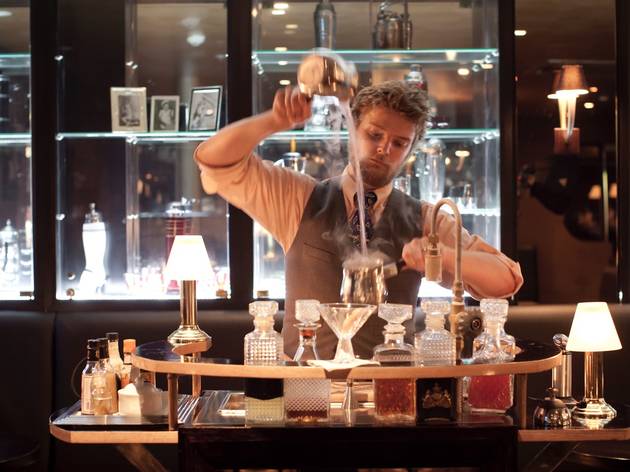 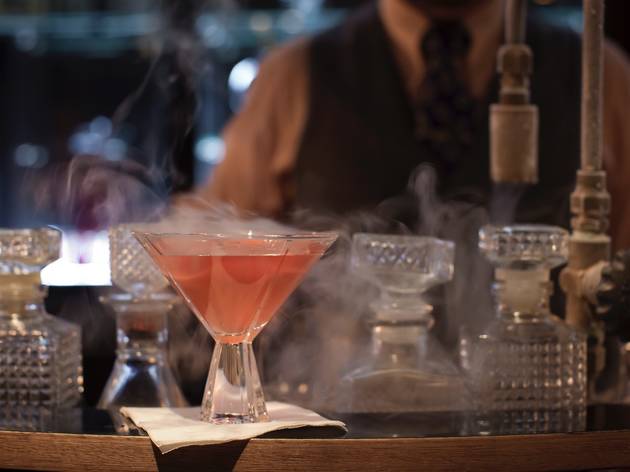 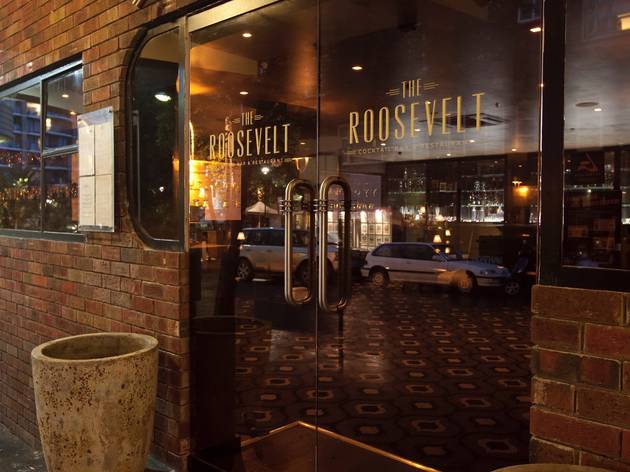 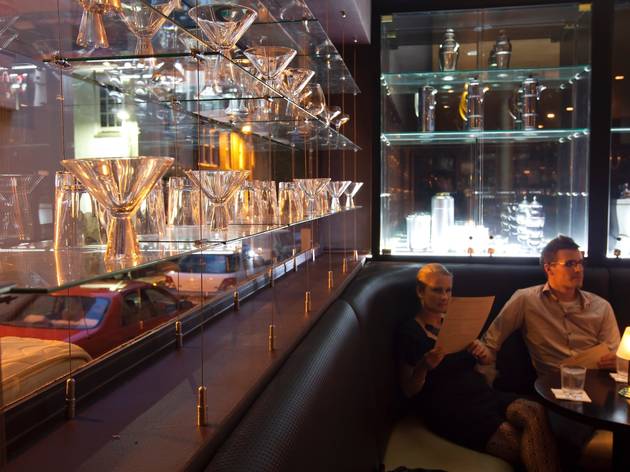 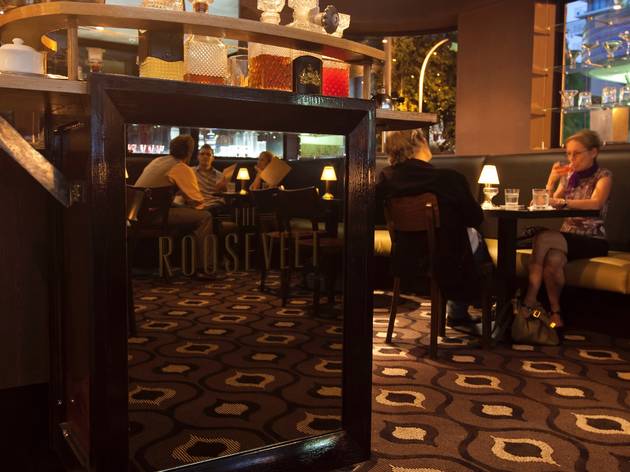 This is the place for nitrogen-chilled Presidential boozing

Teddy Roosevelt was the 26th president of the United States, and Franklin D. Roosevelt, who was in office from 1933-1945, was the 32nd. The Roosevelt in Potts Point has never been commander in chief, but in its arsenal is a seriously good liquid-nitrogen Martini, called the Continental. They take the hard decisions out of the equation by using vodka and gin, Cocchi Americano in place of vermouth and a little Chartreuse to add more herbal complexity to your drink. The serving suggestion recommends an oyster on the side, and it’s solid advice –hell, why not make it two of the plump and briny little bivalves.
What with the liquid-nitrogen counter in the centre of the room and all sorts of wizardry happening behind the bar to get you a frozen rubble of Piña Colada you can eat with a spoon, you’ll be expecting great things from this Art Deco cocktail bar. And if you get an experienced barkeep you won’t be disappointed. A John Wayne made with bourbon, apple brandy, maple syrup, root beer and cherry cola syrup and a peanut butter mist sounds like diabetes in a glass, but is actually a beautifully balanced drink built on strong, boozy bones.
Our Owl and the Pussycat, made on someone’s second shift, doesn’t fare quite as well. It’s a simple refresher of gin, green pea tonic, elderflower and white grapefruit juice and Japanese mint, but it’s hard to justify 20 bucks for what tastes like a spring cordial cooler.
The sleek, Art Deco interiors hark back to the original Roosevelt Club owned by the 1940s Sydney underworld figure, Abe Saffron, but the tunes are from a different era – prepare for Marvin Gaye and Otis Redding to have you pining for the early days of soul and Motown.

Potts Point-as-dining-destination is on the rise, and elegant cocktail bars like the Roosevelt fit in perfectly on a strip now popular for high-end dining. Dress up, reserve a spot and throw a vintage filter on your night out. It’s what Abe would have wanted.