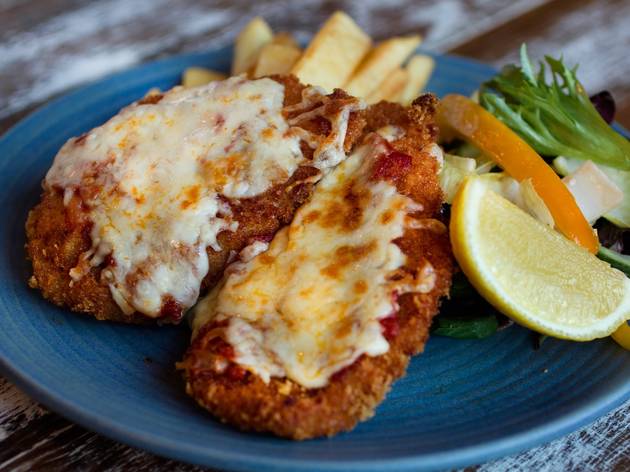 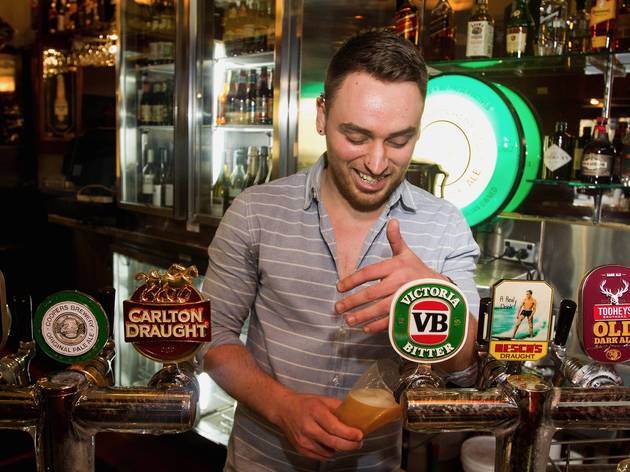 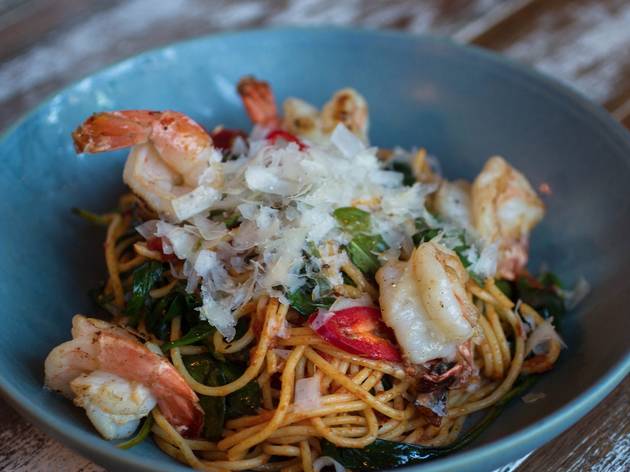 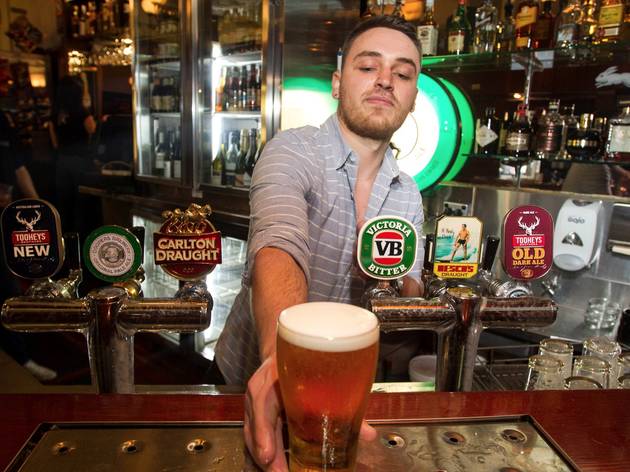 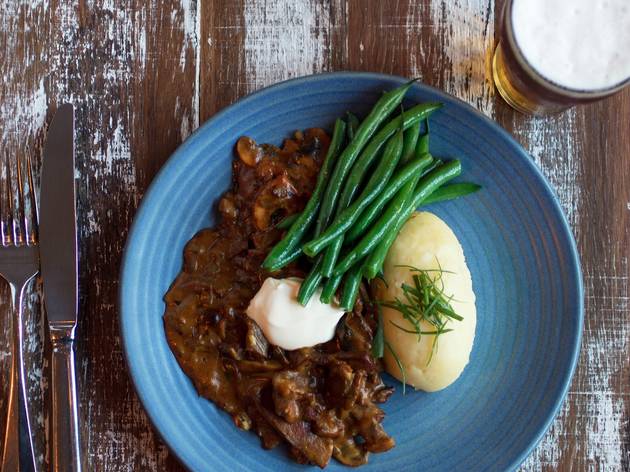 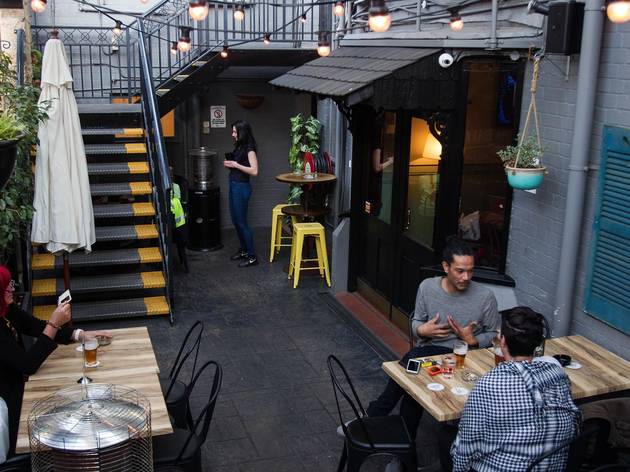 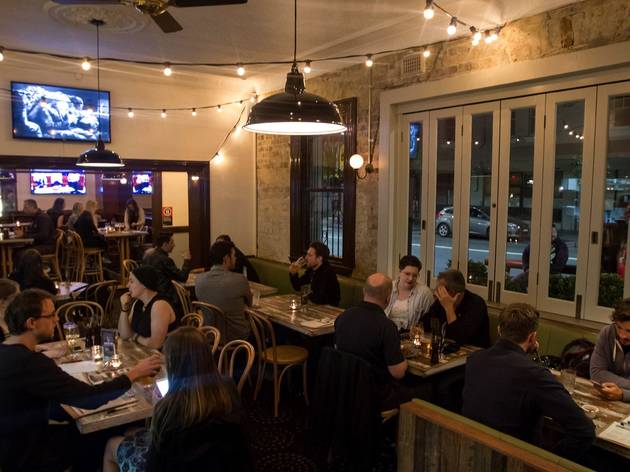 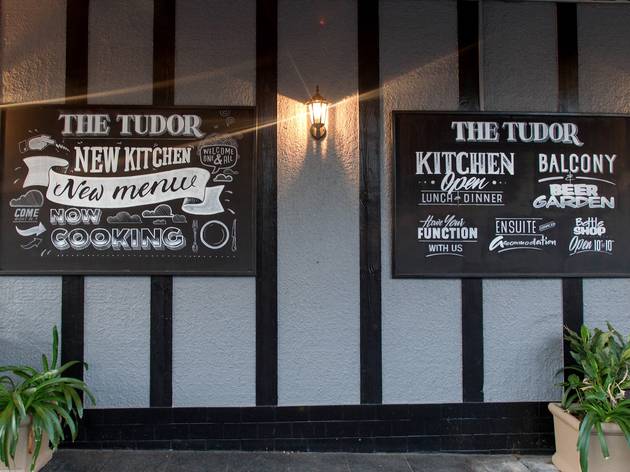 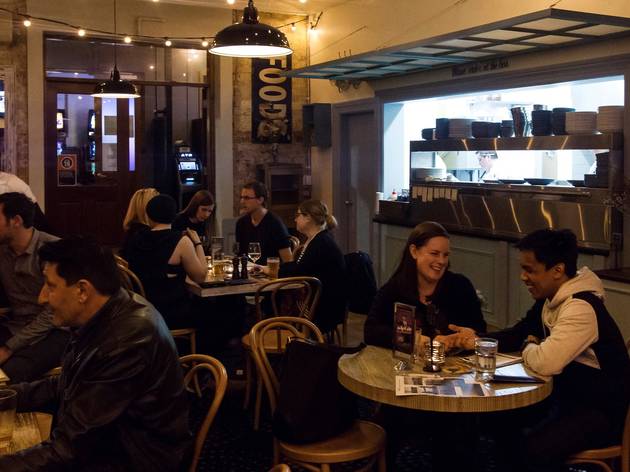 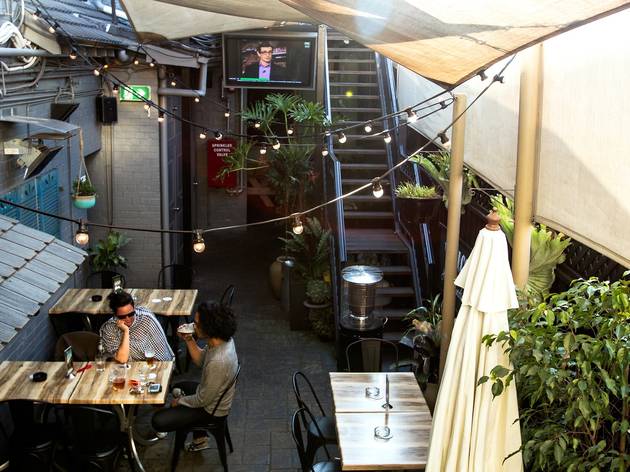 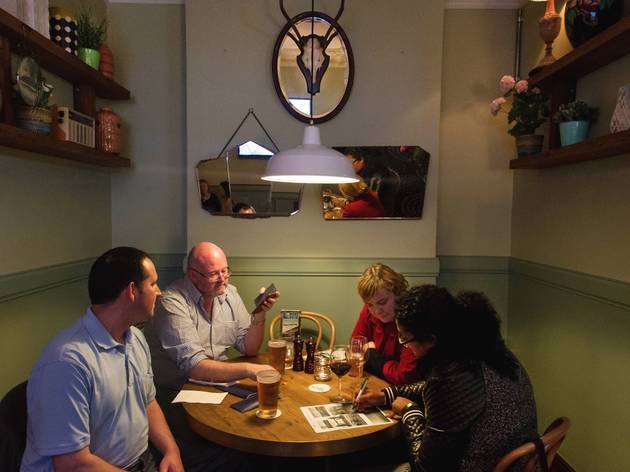 A few years back some friends sat in a shabby old pub in Redfern while it was robbed at gunpoint. These friends were not moulded after Bruce Willis and so did not intervene in the robbery, but instead finished their beers while keeping their eyes firmly fixed on the Bledisloe Cup and then made a speedy getaway once the assailants had vacated the premises.

That pub was the Tudor Hall, and that story wasn’t overly surprising to most locals at the time. But it’s incredible what a difference a change of ownership, a slap of paint and a decent pub menu makes to a place. Hands to our hearts, you no longer need approach the Tudor with caution.

The new owners are the W Short Hotel Group, who also count the Glenmore and the Australian Heritage Hotel among their flock. They’ve cosied up the place, but there’s no serious refurb to get accustomed to. It’s just a little nicer, a lot cleaner and there’s a beef stroganoff on the menu.

It’s not fancy stroganoff, mind. But it’s salty and beefy and comes with a good hillock of mashed potato and sour cream to rich up the stew. The parmagiana and the burger are also solid counter meals and there’s not a slider to be seen, praise be.

You know what we like more than Russian comfort food? Big wines. In an increasingly rare sight, the whole wine list comes in under ten bucks a glass, and while you can certainly enjoy 150ml of the house rosé, why not pay an extra $3 and upgrade it to a 250ml pour. A small Petaluma pinot gris is $8.50, but a big one is $14. We’re as pleased as a pig in vineyard with this arrangement.

The staff are pretty representative of Redfern’s newer residents and are generally an affable, chatty crew who will get involved in Wednesday night’s trivia games and try their best to change the channel on the TVs for you, even if it turns out your sport of choice isn’t part of their tele package.

Smokers head outside to the little back courtyard space, the older locals perch up by the fake fire in the public bar, but the comfiest spots are out in the dining room where you can pull the tables together and settle in your whole crew.

Though we are still baffled as to why the building is styled after a period of late medieval British architecture, inside it’s much like any other Australian pub. There’s been a trend for fancying up old boozers, but they’ve restrained themselves with the Tudor Hall, fixing what’s broken and leaving the rest alone. It’s safe to return to the Tudor so pop in for a low-key lager or a big wine next time you’re in the hood.