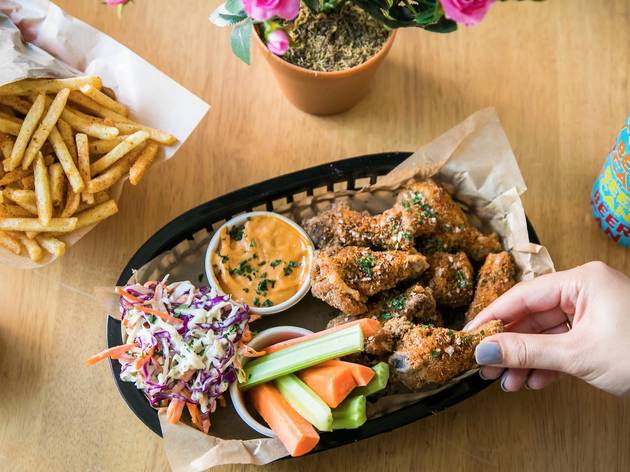 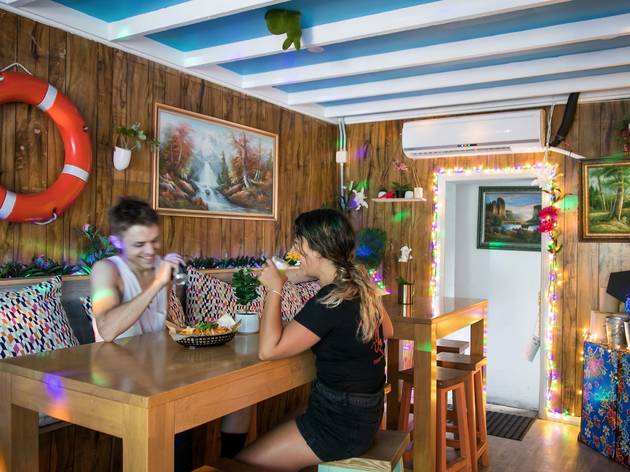 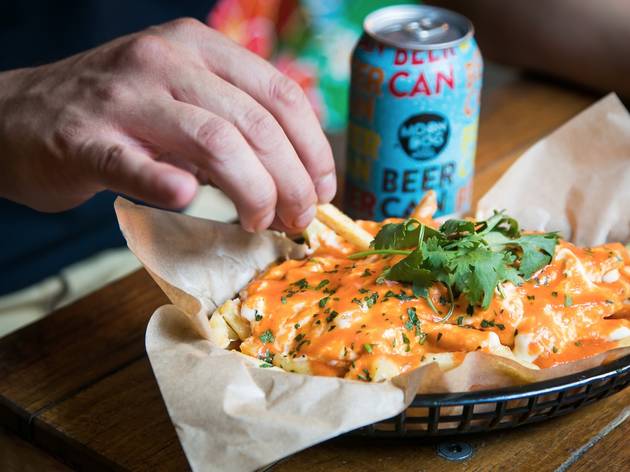 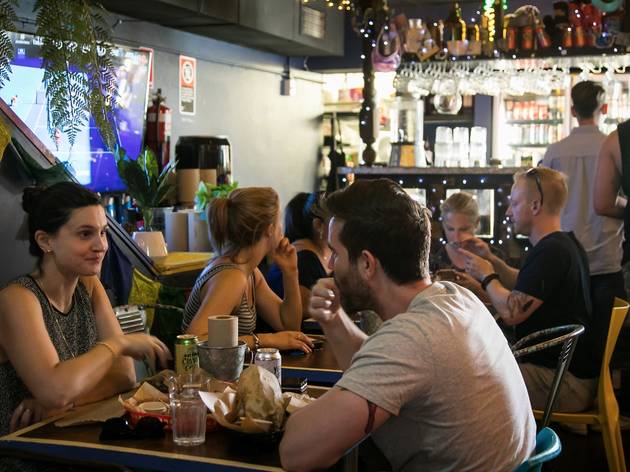 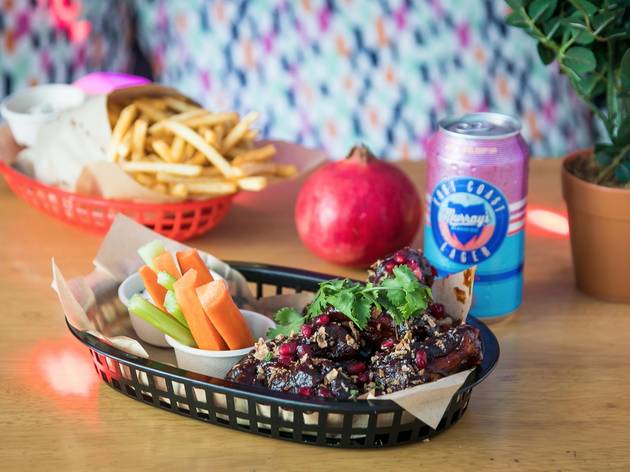 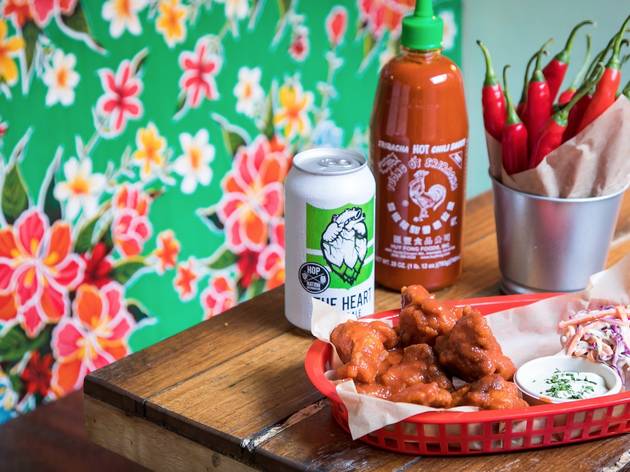 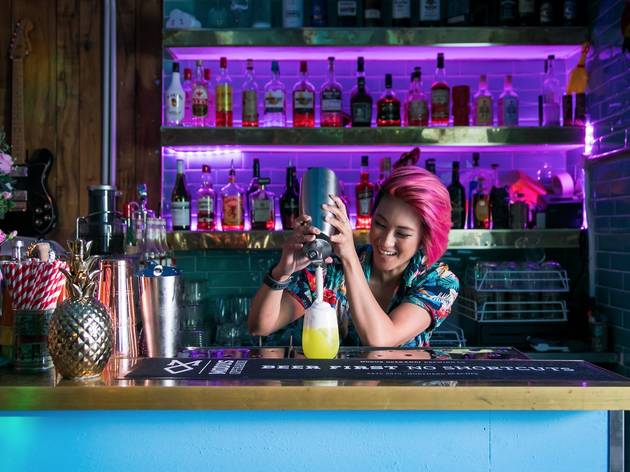 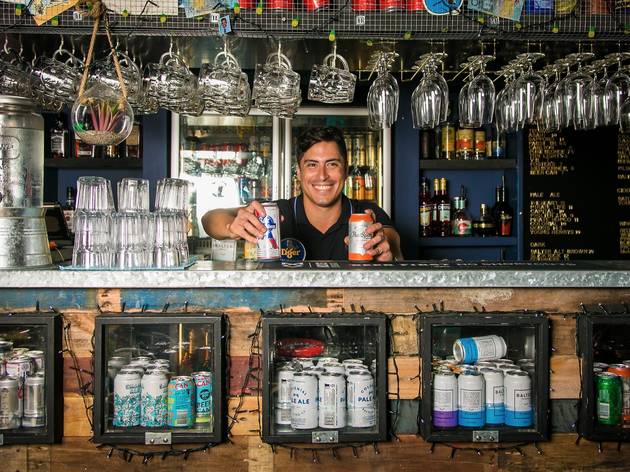 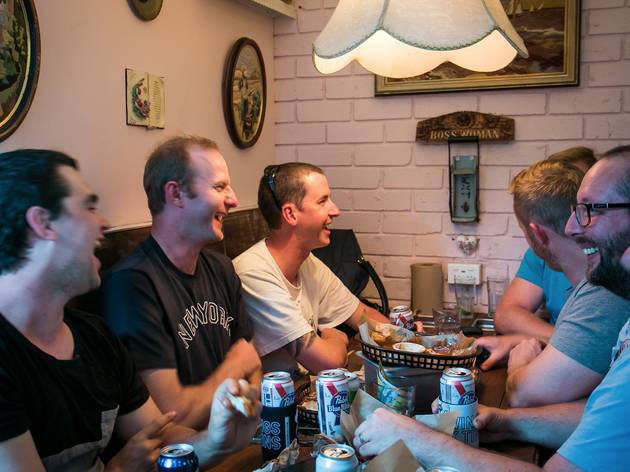 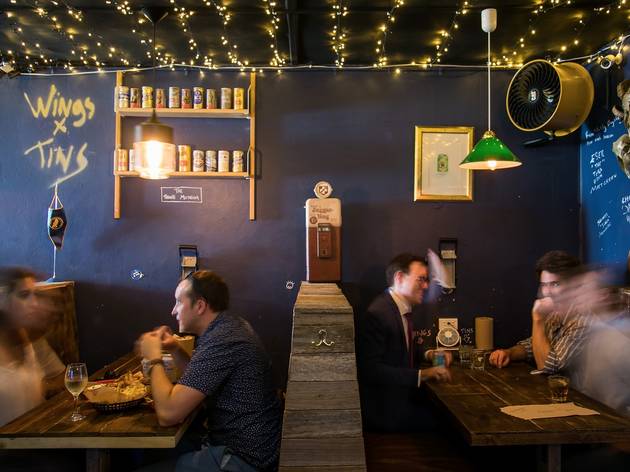 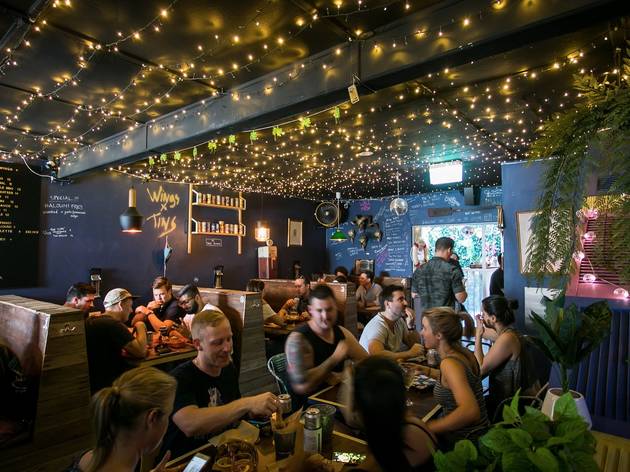 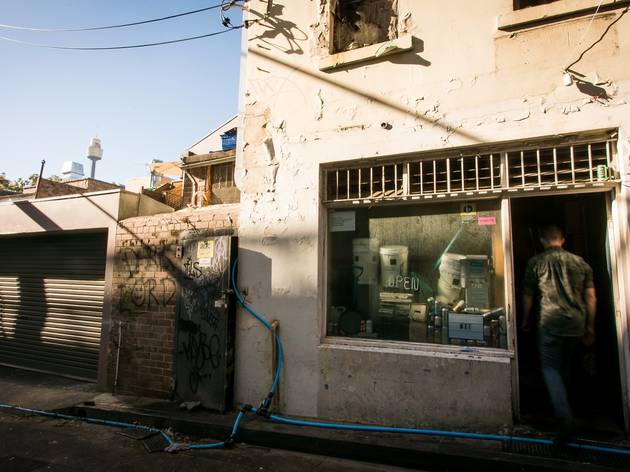 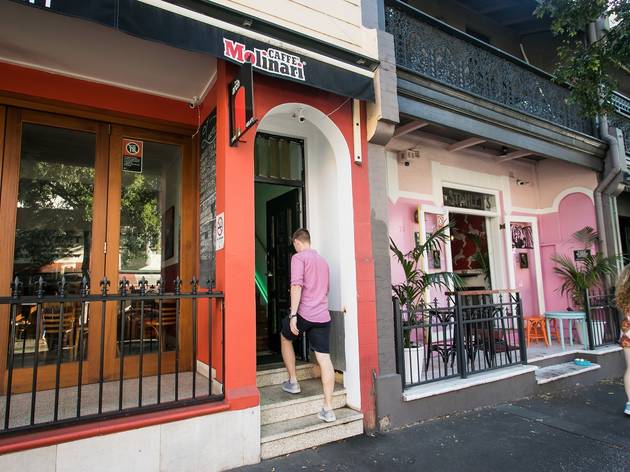 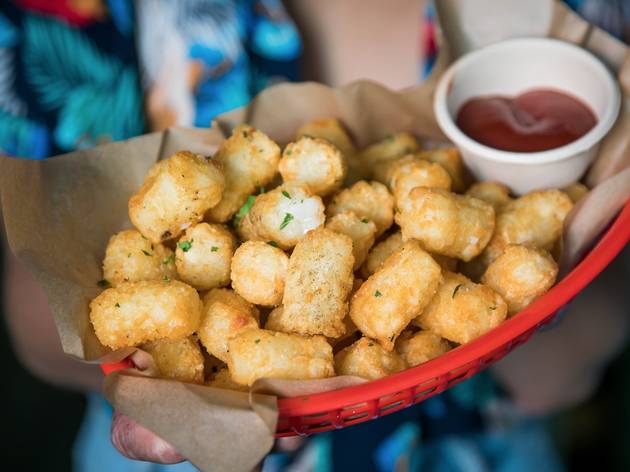 This Darlinghurst good-timer answers the age-old question, “What if someone really did turn their sharehouse into a bar?”

It’s entirely possible that the building housing this back alley establishment was once a sharehouse, which, having trouble paying the rent one month, decided to transform into a bar. All the markers are there: the prayer flags, the fairy lights, a framed picture of two former PMs sharing a brew, rolls of brown paper in place of table napkins, and more booze than food in the fridge. Yep, sounds exactly like every sharehouse we partied in from 2005 until now. And the soundtrack may well have been ripped straight off someone’s first era iPod hiding in an old drawer too: cue Lauryn Hill, Phoenix, Sublime, Ben Harper and Sugar Ray.

Sure, Wings and Tins is a bit ramshackle, and very crowded, but it’s a lot of fun, so long as ‘potato’ is as far as your definition of vegetable goes. You can get eight kind of fries (shoestring, shaker, sweet potato, loaded, tater tots, et al) and ten kinds of wings including a veggie edition. Baskets of fried chicken doused in sauce of varying heat and sour properties land on your table, and at each end there’s one bucket for bones and one for the crushed skeletons of empty cans.

The housemade Buffalo is a good starting point, and the vinegar kick of Frank’s original sauce is gratifyingly consistent no matter where you eat it, but surprise winners are the straight salt and pepper wings: crunchy, heavily seasoned and extra zippy, with just a squeeze of fresh lemon over the top. Each basket also comes with a secondary dipping sauce, usually a cousin of blue cheese or chipotle mayo.

Next time we’d skip the whisky and maple, which doesn’t quite nail the authentic woodsy flavour we’re hoping for. Instead we’ll go for round two on the Cajun dry rub for a less sweet offering. If you have a score to settle you could try the roulette, where one wing in four is nightmarishly hot, but be warned: just touching this wing to your tongue results in a full body fire that will see your eyes stream and the burn spread out across your face.

All that salty fried chicken will have you craving refreshment in the form of a 4 Pines summer ale, a Sprocket IPA, a pleasing lager form Yulli’s, or a surprisingly flavoursome and satisfying mid strength small ale from Colonial, who manage to make the same ingredients used in an IPA result in a 3.5% brew. And if you’re living on a student budget still, Tuesdays to Thursdays they do $5 tins, and Wednesdays they do half-price wings, 5-8pm.

The best way to approach Wings and Tins is with a crew. They’ll reserve a booth for six or more people, and since there’s not a lot of space to begin with, and absolutely no waiting room, booking will make life much easier and ensure that, just like your uni days, chicken and beer will be responsible for all your nutritional content for the evening.