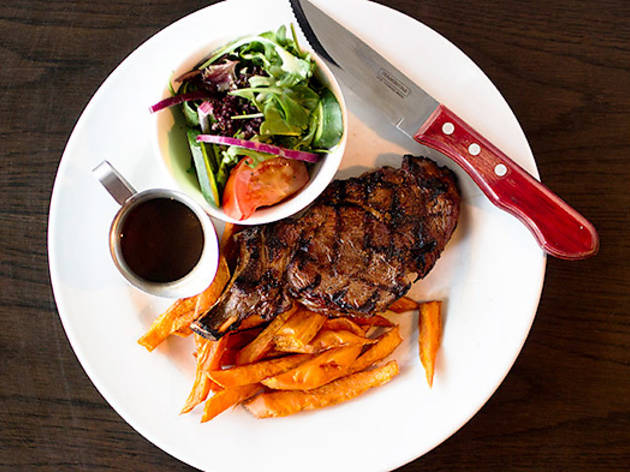 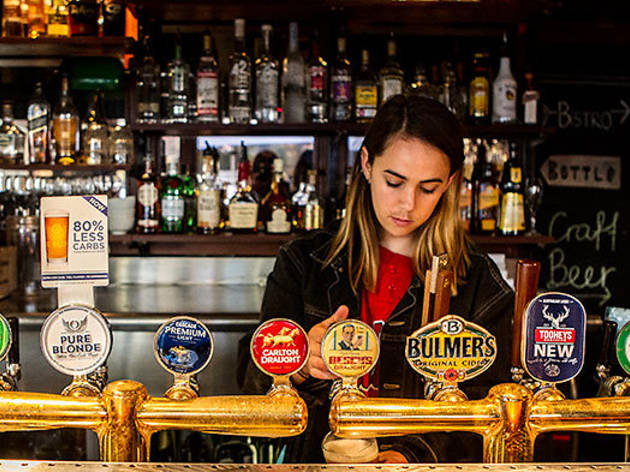 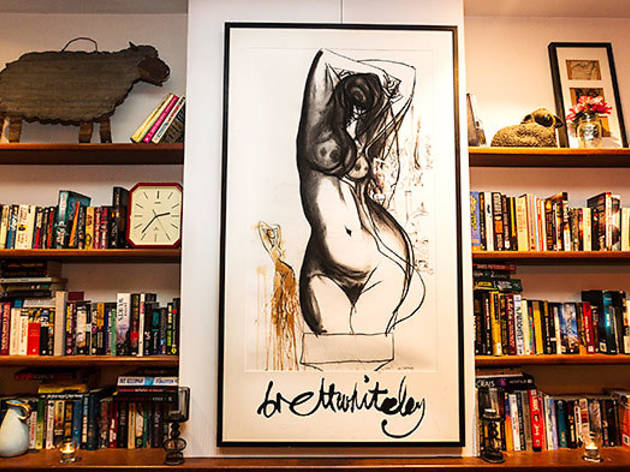 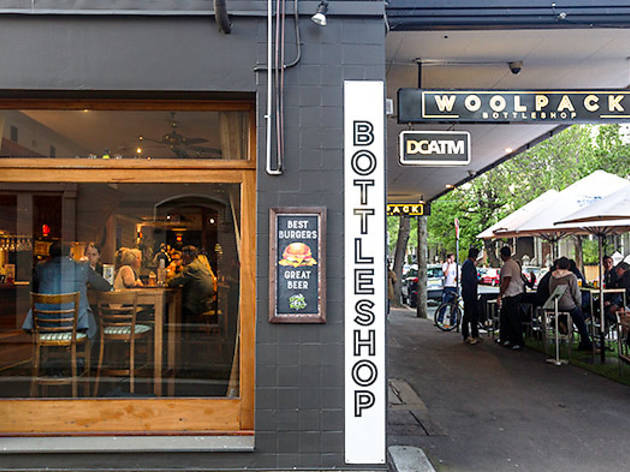 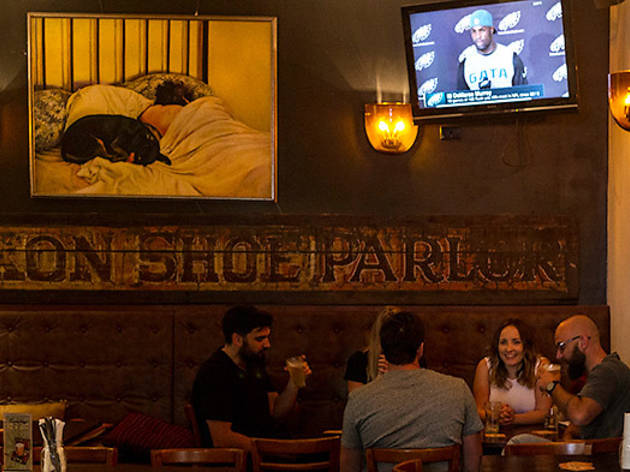 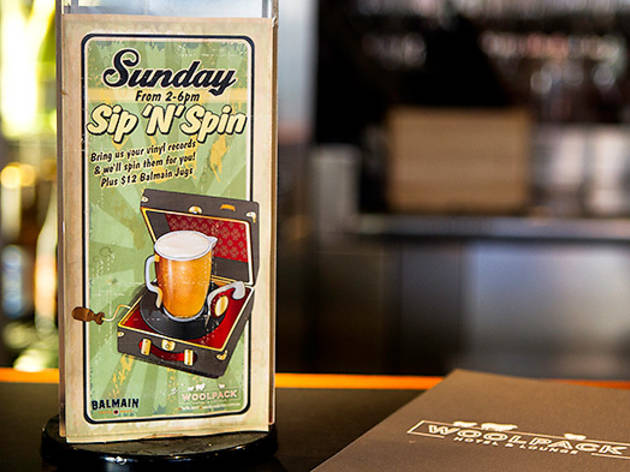 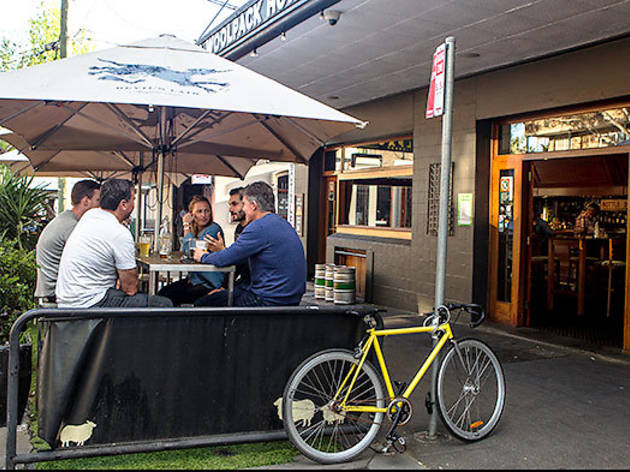 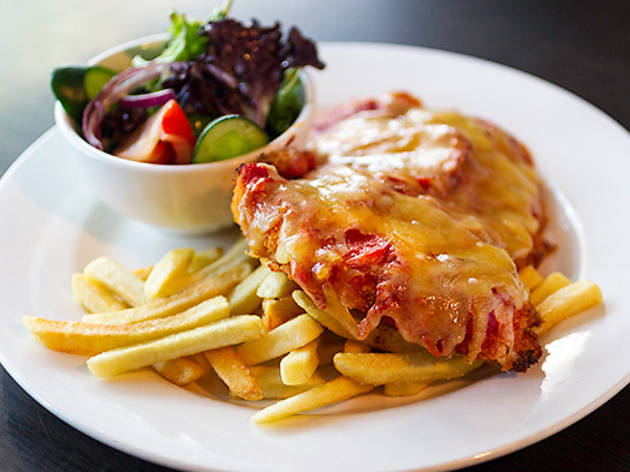 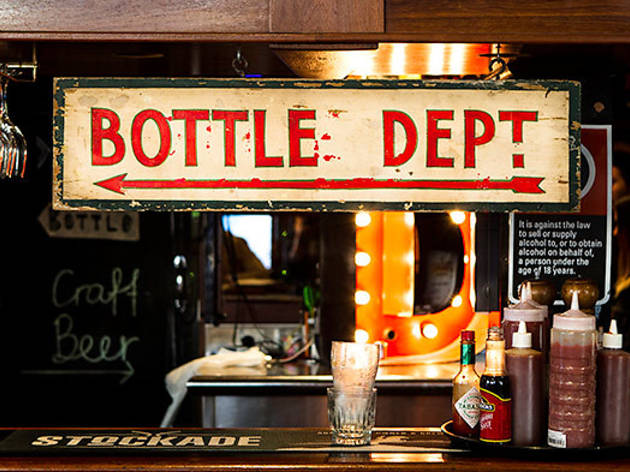 The small bars of Sydney are on home turf when setting up shop in Redfern. The Dock, Arcadia Liquors, Gunther’s Dining Room, the Bearded Tit, and the Angry Pirate have all been firmly woven into the night-time fabric of this suburb on the rise, and they won’t be the last. But fortunately there is still a place to go for a bloody good steak, some cracking trivia and a cold, well-poured beer, and that place is the Woolpack Hotel.

If you’re going to get here on any night, make it a Thursday. Their trivia is famous and has built up the kind of loyal following over the years that means a free table around seven pm is as rare as hen’s teeth. Lob in early or book ahead. If you’re more a quiet sort, hole up in the little library-style enclave up the back that’s lined in bookshelves and features a framed Brett Whiteley print on one wall. On the other wall TV shows the Bunnies playing their hearts out – they’ve got the yin yang thing sorted here.

Instead of a full rebrand as a craft beer pub the Woolie quietly added a very respectable tap list to their offering and then kept going about their day. They didn’t make a fuss about it, but now you can get a beer from 4 Pines, Balmain, Young Henrys, Stone and Wood, Endeavour and Badlands as easily as you can get a cold, clean lager from Reschs, Carlton or Tooheys.

If you’re jonesing for some iron it’s worth dropping the extra cash in the 350g rib eye on the bone. Ours arrives perfectly medium rare and seasoned like a boss. The little sauce jug holds a generous pour of light pepper sauce that is gratifyingly peppery and a side of creamy mash completes this still life of simple pleasures.

The crisp, golden parmi induces serious food envy, which is an impressive feat when you’re already two thirds of the way through a juicy steak. We’ll save it for round two and maybe even order it with sweet potato fries – we’re starchy rebels like that.

There’s nothing fancy about this local. It’s a hard-wearing haunt that’s still in pretty good nick and makes for a well-lit, friendly spot to kill some time and sink some piss. That’s all we ask of our pubs.