In 2006, Tara Winkler thought she was doing a really good thing. She was volunteering at an orphanage in Cambodia, and donating books, clothes and money to support that orphanage. The Bondi teenager was witnessing poverty like she’d never seen before, and on her return to Australia she was moved to fundraise more cash so that she could continue to volunteer overseas.

Flash forward to 2016, and Winkler is now addressing 2,000 people at Sydney Opera House in the first talk of the day at TEDxSydney – as an active campaigner against orphanages.

“I want to end the unnecessary institutionalisation of vulnerable children around the world,” she tells us, moments after giving a thoroughly researched and deeply moving account of her discovery that the orphanage where she’d volunteered was corrupt; children were physically and sexually abused; and, due to funds being embezzled, they were catching mice in order to feed themselves.

“I never suspected how sinister things were,” says Winkler, recalling how she felt when she first heard these stories. “The thought of going home and knowing they were stuck in that orphanage was too much to bear.”

In her TEDxSydney talk, Winkler explains that once she learned of this corruption she decided to open her own orphanage, rescuing 14 children from the one she visited in 2006. But that’s not where the story ends. After opening the orphanage and learning to speak Khmer, she discovered that many of the children were not orphans at all. They all had families.

Now aged 30 and living full time in Cambodia, Winkler admits that she’d made a big mistake – one in which we’re all complicit. Donating time and money to orphanages around the world has unwittingly fuelled a boom in institutionalised care and a tourism that exploits children. Eight million children live in orphanages around the world, and 80 per cent of those children are not orphans in the traditional sense.

Winkler turned her orphanage into the Cambodian Children’s Trust that works with foster carers – family-based care over institutional care. 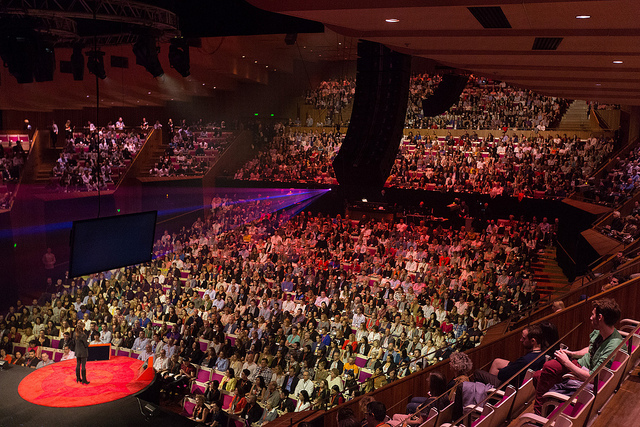 “When we know better then we have to do better. I’m not standing here criticising or preaching, a lot of people have made these mistakes,” she says. Tara Winkler has since been awarded the NSW Young Australian of the Year in recognition of her work with CCT. She’s also written a book called How (Not) to Start an Orphanage, published last month.

“Writing the book makes it easier to stand on stage and acknowledge all the mistakes I’ve made, but being aware of the fact that I may have caused some harm to those kids is an extremely difficult pill to swallow. On the other hand, I am aware that my story and my lessons are, hopefully, a powerful vehicle to change attitudes around the world and solve this problem.

“The solution is not more toys and blankets, it’s no more institutions.”

Winkler now has a staff of 100 in Cambodia. The Cambodian Children’s Trust first establishes foster homes for children who would otherwise be in orphanages. Carers are not paid for their service, but CCT covers the costs of the children’s expenses. “They are real parents to these kids,” says Winkler. They then work to connect the children back to their families.

“We don’t push them, ever,” says Winkler. “Whenever they’re ready, and if they want to, they move back home. But we run community youth centres so the whole family [can] still access vital services.”

The next step for Winkler is spreading the word. “I am dedicated to seeing an end to millions of children being institutionalised because of our ‘good intentions’. When people hear of that figure, that eight million children are being separated from families, they ask, how can this be happening? The answer is simple: because who is easier to silence than a child?”