There are plenty of visible bumps in the first episode of this Stan original series. It’s just that a baby isn’t one of them. First, there’s an irksomely chirpy lorikeet soaring over Sydney’s beaches, who meets an unfortunate end introducing itself to the bedroom window of teenager Olympia (a brilliant Nathalie Morris, who appeared in 2019’s not so brilliant horror movie Black Christmas). Then there’s the splat of another bird’s poop on the boat where her scruffy, currently not-residing-at-home dad, Dom (Angus Sampson), is sleeping. And finally, an accidental rear-ending when Oly’s driving to school with her teacher mum Angie, as played by Claudia Karvan.

As well as playing one of the series' leads, Karvan also co-created this instantly winning comic drama with Kelsey Munro. The basic premise is simple: Oly’s OCD, exacerbated by prep for sitting her SATs, becomes the least of her worries when she gets terrible cramps at school. Rushed to hospital, mum in tow, she’s utterly astounded and not a little horrified to discover she’s in fact giving birth.

The life-altering repercussions of Olympia's surprise pregnancy play out over ten easily-bingeable half-hour episodes, which manage to summon plenty of humour without shortchanging realism. Right from the outset, the birth scene’s not the airbrushed version we’re usually fed on screen. There’s blood – a lot of it – and an actual placenta to follow, in one of the most honestly realised depictions of labour we've ever watched. As Oly notes to her bewildered bestie Reema (Safia Arain): “It’s like being split open from the inside by some demon alien. Like seriously, if that’s how humans are born, I don’t know how we’ve survived as a species.” This aside is followed by her assertion that, if it were down to men, we’d all be born in vats.

This refreshingly sharp candour cuts through the requisite soaring score-set feel-good moments. The show doesn’t sugarcoat the realities of Oly’s situation, nor dish up moral judgement, aside from being a little wobbly on the subject of adoption. As the storytelling folds in interconnected families, Bump introduces a refreshingly diverse cast. Angie is navigating potentially leaving Dom for Chilean-Australian colleague and widower Matias (Ricardo Scheihing Vasquez), and it turns out his superhero loving artist stoner son Santi (Carlos Sanson) is Oly’s one-night-stand. Which is news to Oly’s actual high school boyfriend and still-virgin Lachie, (Asian-Australian Peter Thurnwald).

Rather than leaning on lazy rom-com tropes, Bump is wonderfully grounded in real life while still delighting with the unexpected, such as a glorious moment at the opening of episode two, which makes a nod to the classic naked-at-school nightmare with a baby-bump-in-class panic dream. Bump shows that there’s no need for caricatures when just sticking to the unvarnished truth of the oh-so-woke Gen Z is plenty ripe with comedy. Oly is just a typical teen of the Tik Tok generation. When her mum offers a touching “I love you” pep-talk, Oly shoots back the stroppy response, “Mum, nothing you just said helps at all.” A hospital nurse takes Oly to task when she erroneously claims that 85 per cent of formula contains arsenic and that breastfeeding is akin to The Handmaid’s Tale-like slavery. “I have no idea how to look after a baby,” Oly despairs, to which the nurse retorts with an eyeroll, “Do some research.” It’s clear Karvan and co did, because this show just gets that it’s the bumps along the way that make life so fascinating.

In search of more binge watching? 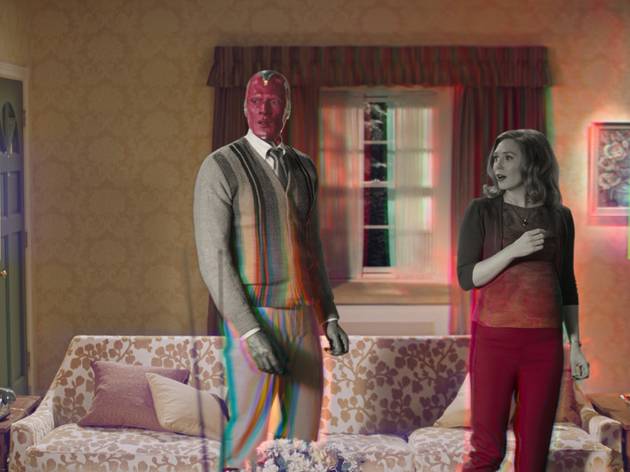 From new Marvel superhero fare to a fresh take on the Star Trek universe (via homegrown Australian comic drama no less), there are some outstanding new shows to stream right now for those of us who prefer to get our entertainment without leaving the couch.