It’s been a long time since we sat in the dark communally with a bucket full of popcorn watching movies in a room that isn’t our own. Which is why we’re super-pumped to get back into cinemas across the city for this year for the 68th Sydney Film Festival, and especially the lush surrounds of the State Theatre.

Beaming brilliant local and international films on the big screen from November 3-14 (then online november 21-21) the arrival of this program – after two postponements – feels particularly sweet. While you will still be able to stream a v cool selection online too, festival director Nashen Moodley was itching to get us back together. “It was really important for us is to return to cinema,” he says. “That was something we felt was very much needed and desired, both by the audience and by filmmakers.”

He’s hugely excited to present a homegrown hero on opening night, Here Out West, which presents stories from eight emerging writers from Western Sydney, and is directed by five of the most kick-ass women directors in the country in Ana Kokkinos, Leah Purcell (who also stars in, wrote and directed The Drover’s Wife: The Legend of Molly Johnson in the official competition), Fadia Abboud, Lucy Gaffy, and Julie Kalceff. Moodley says. “It was one of my favourite moments of the entire selection when I got to call the producers to let them know that it was going to be the opening night film and after the last several months it’s a wonderful showcase for these very talented young writers and, of course, these incredible directors. It’s going to be a great night.”

The jam-packed program stacks in everything from huge blockbusters like the Zendaya and Timothée Chalamet-led Dune, to Cannes darlings like Raw director Julia Ducournau’s even wilder follow-up Titane, and the sublime Petite Maman, the new movie from Portrait of a Lady on Fire director Céline Sciamma. You can go from searing Aussie climate change doco Burning, to Riley Keogh and Taylour Paige in tweetstorm film Zola, to kooky comedies like Wes Anderson’s The French Dispatch wrapping the fest on closing night.

“There are a few more blockbusters than usual this year, but I think that’s a really great thing, because it shows a range of excellent cinema,” Moodley says. “We want films that play at the festival to go on to have a rich life afterwards and highlight the best films we possibly can.”

Read on for a few of Moodley’s top picks, and find more details about the festival here. 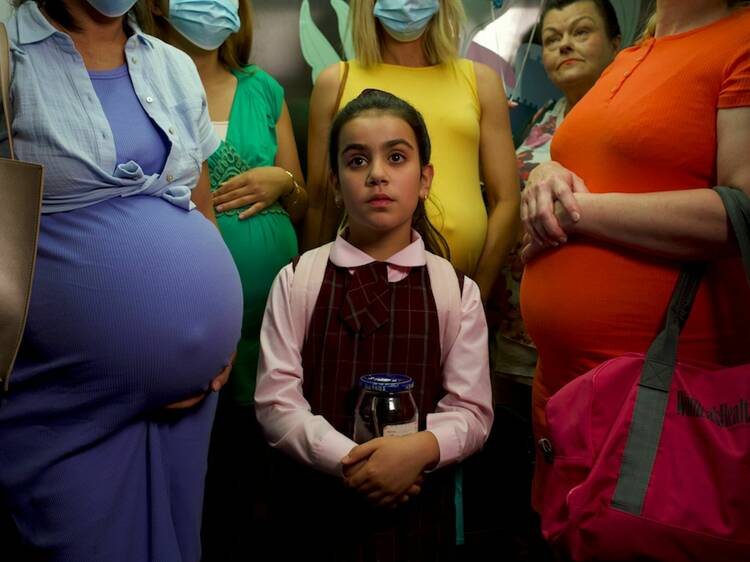 Eight rising writing talents from Western Sydney – Nisrine Amine, Bina Bhattacharya, Matias Bolla, Claire Cao, Arka Das, Dee Dogan, Vonne Patiag and Tien Tran – weave together stories based on their life experiences in this big-hearted opening night movie. It’s hung on a crazy decision in the maternity ward of a hospital that spins out of control, and probes immigrant identity, racism and assimilation.

Moodley says: “It paints a really vivid portrait of contemporary Australia that we don’t often see on our screens and need to see more.” 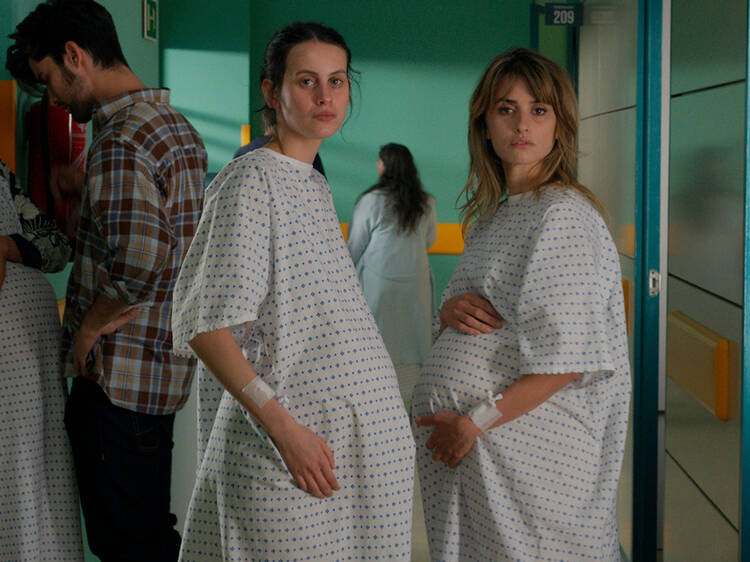 If you love Pedro Almodóvar films (and who doesn’t?) his latest team-up with fellow living legend Penélope Cruz will obviously be on your dance card. Cruz took home Best Actress at the Venice Film Festival for her depiction of a photographer whose unexpected pregnancy finds her making an emotional alliance of sorts with a traumatised teen mother-to-be. Fertile territory for one of Spain’s greatest filmmakers, and you’ll have to bring some hankies. Look out, too, for an appearance by another of the director’s magnificent muses, Rossy de Palma. 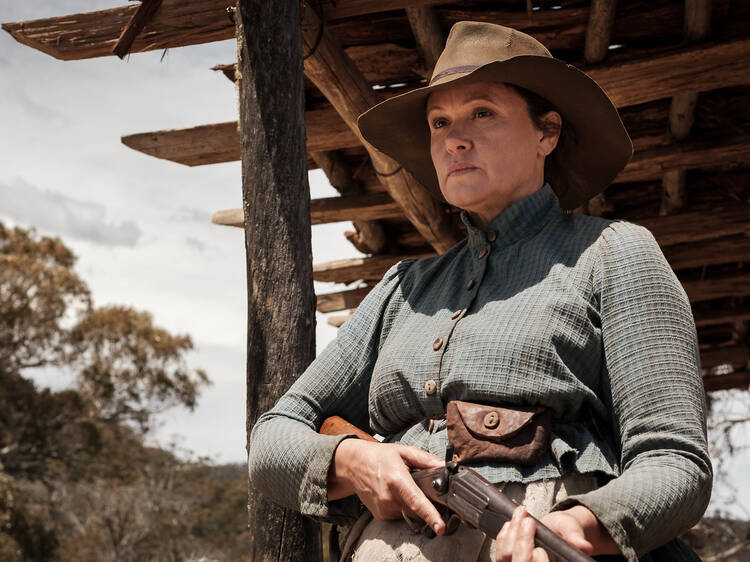 3. The Drover’s Wife: The Legend of Molly Johnson

If you want a film that packs a punch, this is the one. Goa-Gunggari-Wakka Wakka Murri woman Leah Purcell has done it all, from writing and directing plays, to penning books and lighting up our screens big and small. Now she can add helming a film to the pile, adapting her own play (and novel) reimagining the wild Australian west classic from Henry Lawson. Purcell also stars the eponymous farm owner who defending her patch of land while heavily pregnant.

Moodley says, “From Sweet Country, to High Ground to The Furnace, there’s something really fascinating going on with the Western genre in Australia. I’m so grateful to present Leah’s impactful film in competition.” 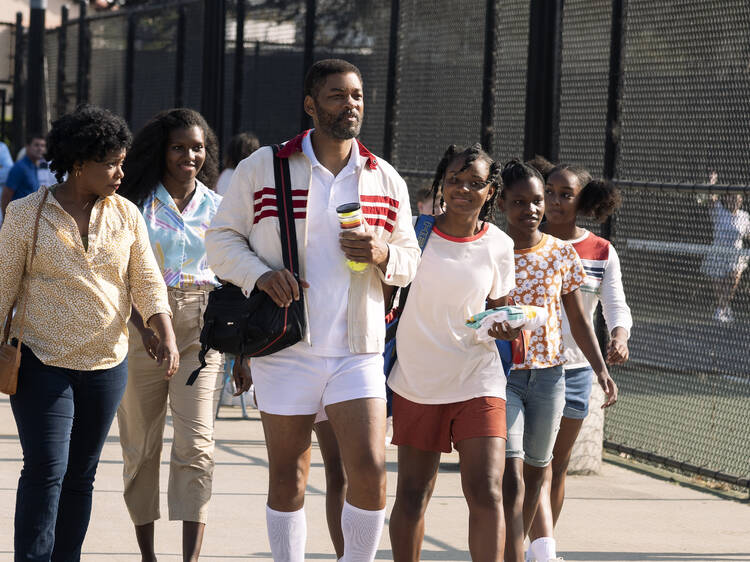 If you’re after a feel-good flick, swing into this origin story of sorts for one of the world's most famous sibling duos: Venus (Saniyya Sidney) and Serena (Demi Singleton) Williams. Guided by their father Richard (the always lovable Will Smith), they train on abandoned tennis courts in Compton, a far cry from their destiny at the top of the tennis world.

Moodley says, “It’s a really heart-warming, inspiring film and, and people are very excited about Will’s prospects for an Oscar.” 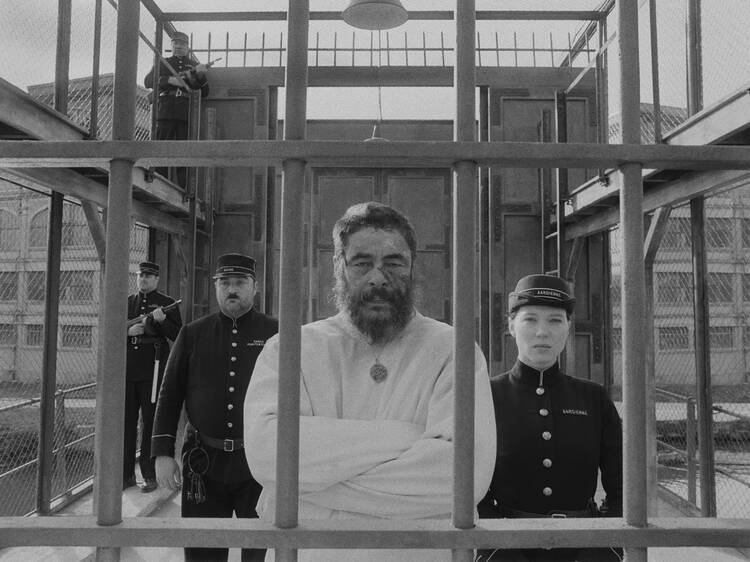 If you’re after a real who’s who ensemble of awesome, then indie darling Wes Anderson has your back. The crème-de-la-crème pf Hollywood is always knocking on his door to appear in his latest whimsical wonder, and this love letter to old school journalism is no different. The starry cast includes Timothée Chalamet (also in Dune) alongside Bond star Léa Seydoux, Christoph Waltz, Saoirse Ronan, Elisabeth Moss, Owen Wilson, Willem Dafoe, Tilda Swinton and more folks than we have room to list here.

Moodley says, “It’s almost impossible to imagine how you assemble all those fine actors. It’s just an incredible thing that goes Anderson sought-after status as  a status filmmaker. It’s a wonderful showcase and such fun.”

Read our review of The French Dispatch here, and of Dune here. 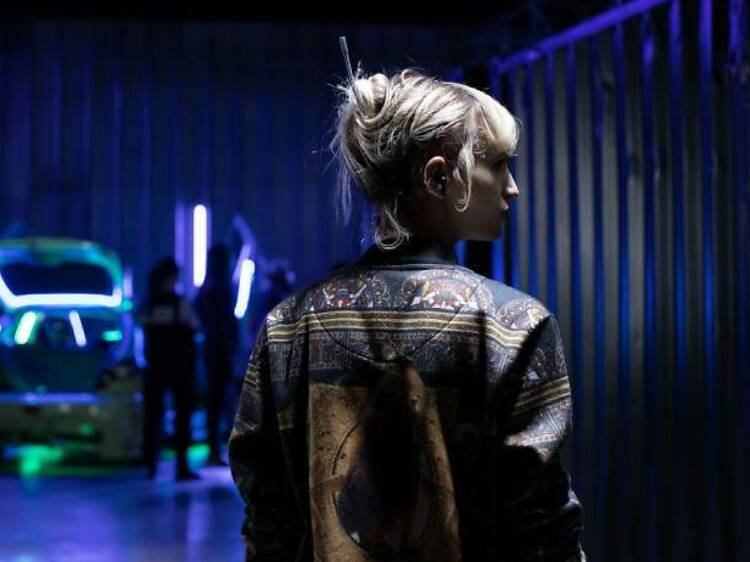 If explosively gory horror movies that are batshit crazy but smuggle in really interesting perspective on gender, sexuality and the body are your thing, then prepare to be bamboozled by this French fantasy. Julia Ducournau’s second feature after celebrated teen cannibalism cracker Raw, it took out the top prize at Cannes, the Palme d’Or – only the second time a woman director has ever won (equally shocking as the sex with car scenes it depicts).

Moodley says, “It’s an insanely wild journey. I’m not often surprised, but this is shocking. I think people are going to love it, and some people are absolutely going to hate it and will not be able to take it, actually. There is body horror and extreme violence; it goes all sorts of places and it’s a fantastic ride.” 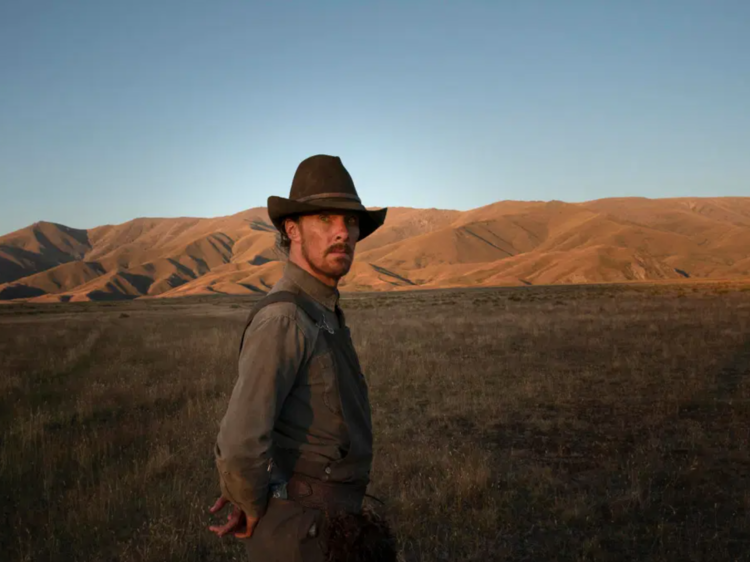 If you love a brooding melodrama that’s also set in the Wild West, then check out the latest from The Piano and Top of the Lake director Jane Campion. One of those Kiwis we’ve lovingly claimed as our own, she is a powerhouse filmmaker who knows how to deliver the emotional blows. With Benedict Cumberbatch and Kirsten Dunst leading this adaptation of the Thomas Savage novel, you know it’s going to be good.

Moodley says, “It really is a phenomenal film that’s majestic, so cleverly made and has a beautiful score by Radiohead’s Jonny Greenwood. At times delicate and lovely, at times really unnerving and disturbing, it’s a film that analyses and breaks apart the masculinity of Westerns.” 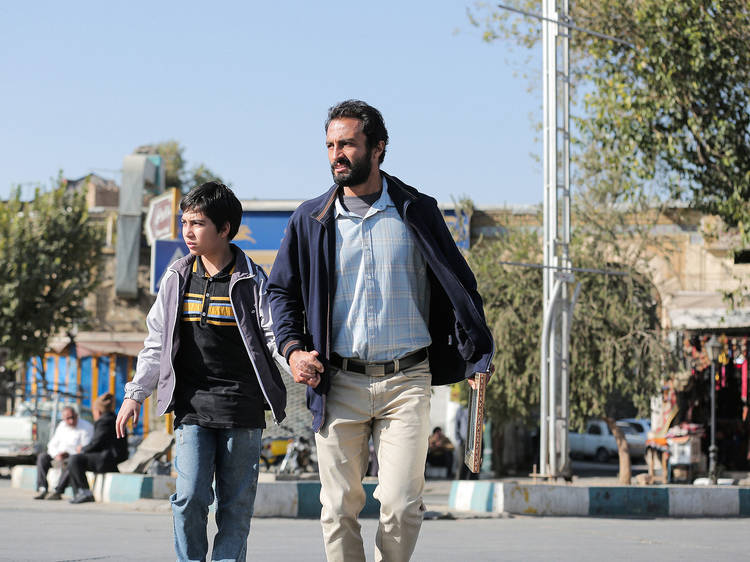 If you’re after a film that digs deep into complex themes, then snap up the latest film from a legend of Iranian cinema, the Oscar-winning Asghar Farhadi. It follows the travails of a man who secures a two-day leave of absence from jail to try and rustle up the funds to pay of the debts that landed him in there in the first place.

Moodley says, “It’s one of his moral fables, full of the wonderful complexity Farhadi’s known for. It starts with the discovery of a bag filled with gold coins then things get a lot more complicated, and it’s also about social media and how quickly things can turn.” 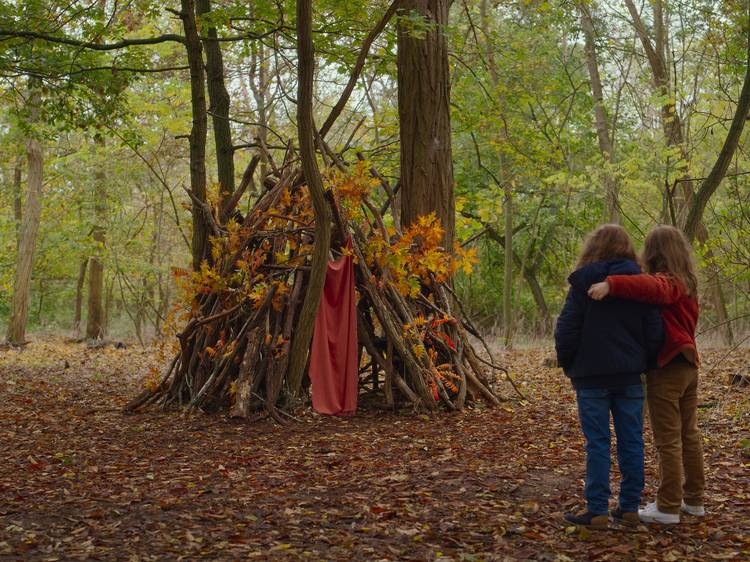 If you want to feel all the emotions, why not book the latest sublime slice of lushly cinematic joy from Portrait of a Lady on Fire director Céline Sciamma? Depp in the woods, an eight-year-old girl grieving her dead grandmother finds a friend who helps her makes sense of it all.

Moodley says, “This Berlinale competition-selected film is an evocative and magical tale of mothers and daughters. Its fairy tale-like quality is underlined by the young leads’ magical performances and speaks to the timelessness of Sciamma’s themes.” 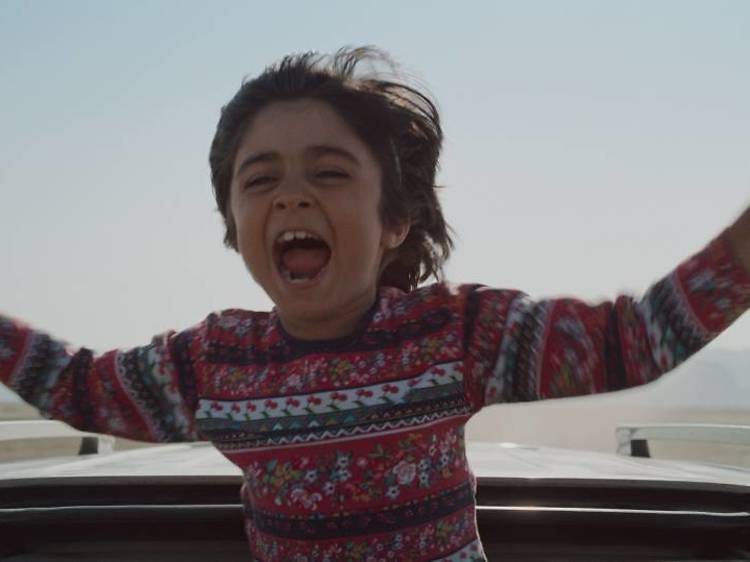 If you love a road movie with a few laughs along the way, you should know the debut feature from Panah Panahi (son of revered Iranian filmmaker Jafar Panahi) is one of Moodley’s favourite picks of the entire program. A chaotic family trip packed full of bickering and singing, this bittersweet ode it’s a lot in the very best way.

Moodley says, “It’s an incredible film using some of the tropes that we know very well from Iranian cinema. Everything seems really fun, but there’s also something very strange going on. It’s very funny, really boisterous and exuberant, but also with something g quite tragic at its core.” 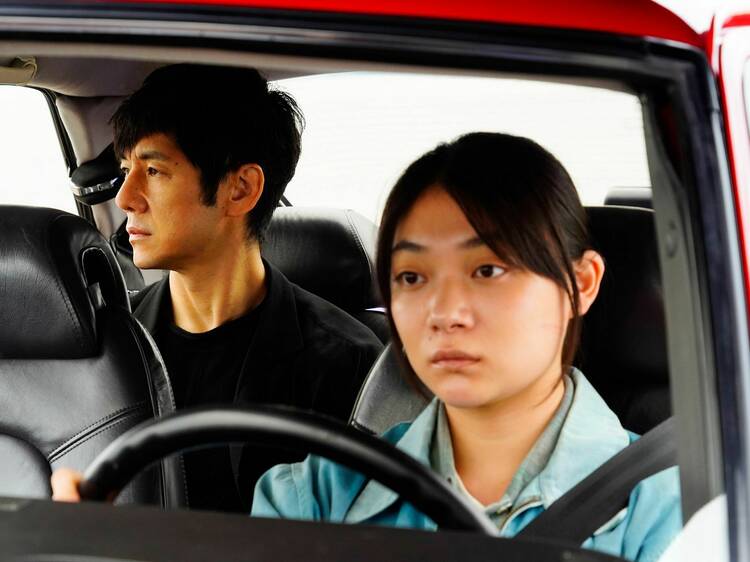 If you love Haruki Murakami novels then wait to you see what prolific Japanese director Ryusuke Hamaguchi does with one of his short stories. A contender at Cannes earlier this year, it features a theatre director staging Uncle Vanya at a festival in Hiroshima whose past grievances are opened up wide by the young woman assigned as his chauffeur. You can also catch another of Hamaguchi’s films this fest in psychodrama Wheel of Fortune and Fantasy.

Moodley says, “It’s a really emotional film filled with secrets and deep thinking that sets you on an incredible journey of feeling. It’s masterful.” 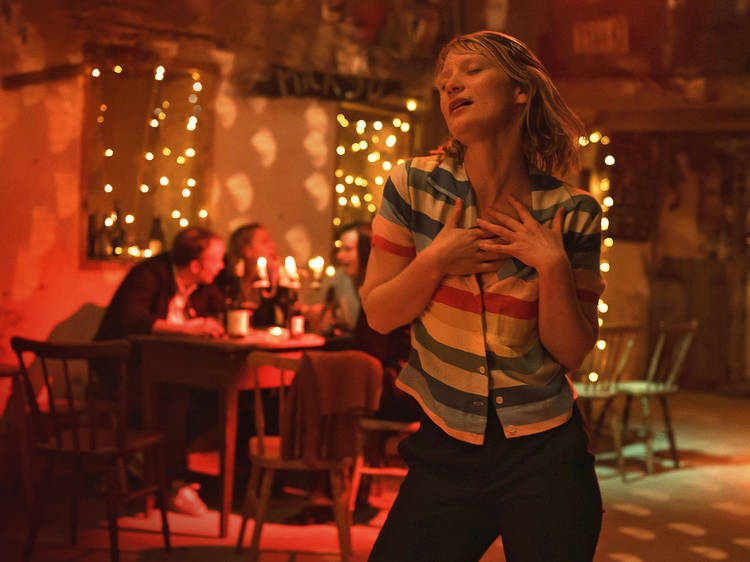 If your love of films extends to mainlining movies about making movies, then fire up this gem from French filmmaker Mia Hansen-Løve. Starring Aussie Mia Wasikowska alongside Phantom Thread star Vicky Krieps and Pulp Fiction’s Tim Roth, the clue is in the name. It’s set on Fårö, the island where the famous Swedish director renowned for The Seventh Seal lived and worked for four decades. A filmmaking couple who have retreated here find their creative process beginning to merge with his as fact and fiction collide.