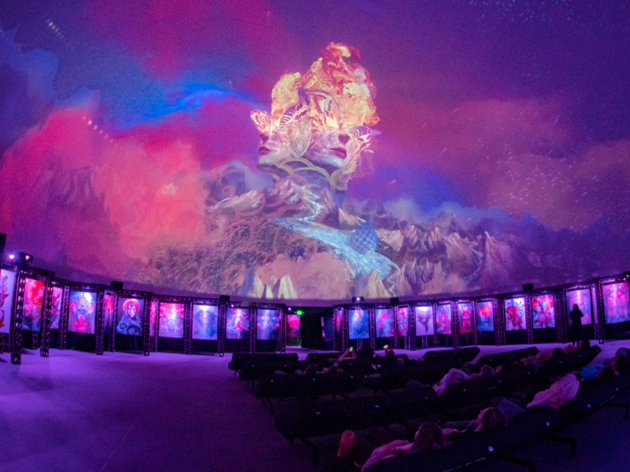 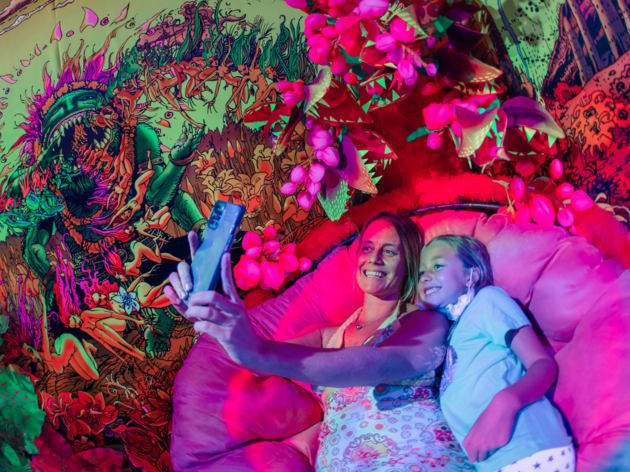 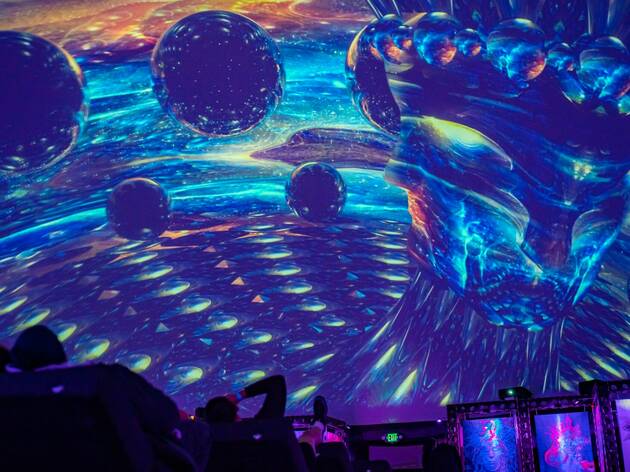 You’ve heard about multisensory experiences, but this is extrasensory. Get ready to experience a new reality at Wonderdome, where stunning visuals and bleeding-edge technologies dissolve the boundaries between the digital and physical worlds.

This pop-up 360-degree theatre is the largest of its kind to ever be seen in Australia, and it makes its down under debut at Sydney’s Entertainment Quarter this December and January after beguiling audiences at Coachella and Burning Man.

Audiences are invited to venture into a pulsating new world, where art, film and music are fused together to create a wholly unique experience. Think virtual reality, without the goggles.

The program is out now and features a catalogue of the world’s most successful and thought-provoking 360-degree film experiences, made to entertain all audiences with something for everyone. Headline films include Coral Rekindling Venus, a stunning Australian production written and directed by Emmy Award winner Lynette Wallworth; Flying Monsters, a David Attenborough narrated National Geographic film about flying dinosaurs; and Dynamic Earth which explores the inner workings of Earth’s great life support system, the global climate, narrated by Liam Neeson.

The program will also feature the stunning Carriberrie, an exhilarating journey across Australia celebrating the depth and diversity of Indigenous dance and song from the traditional to the contemporary. If you’d like to dabble in the psychedelic side, check out Wonderdome’s art film program. Get lost in an M.C. Escher-inspired world with Labyrinth or get psychedelic with Samskara, an awesome visual feast filled with mystical creatures and lush fantasy environments by visionary artist Android Jones.

For pint-sized thrillseekers, Wonderdome is also screening family-friendly films during the day on weekends and the school holidays.

Need some movie munchies or a tipple to go with that? Wonderdome has food and beverage offerings available pre- or post-screening, including hot jaffles, chips, chocolates, slushies, icecreams, a gin bar and craft beers.

Check out the full program and snap up your tickets here.

Want more? Check out the best things to do in Sydney this week.