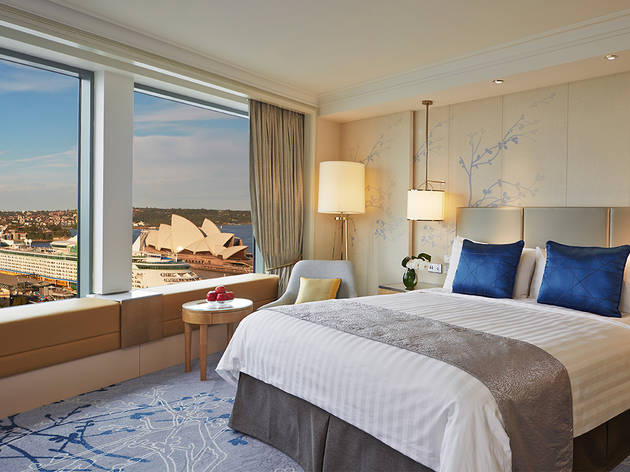 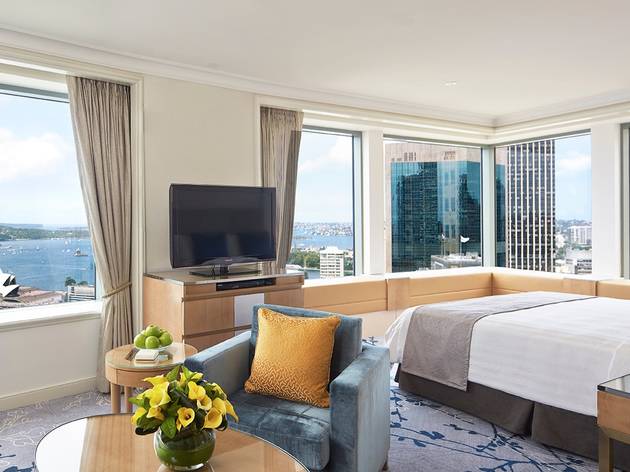 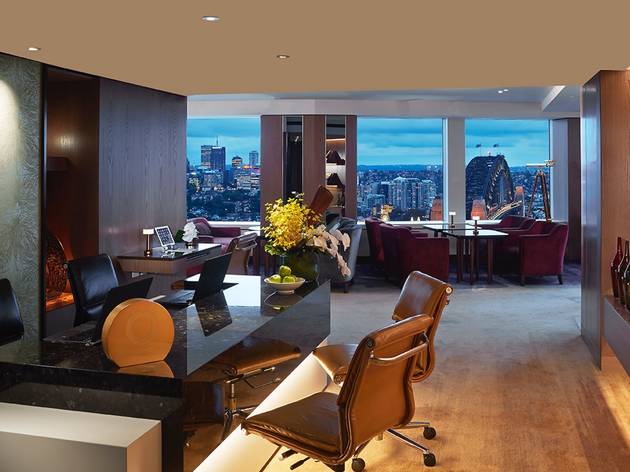 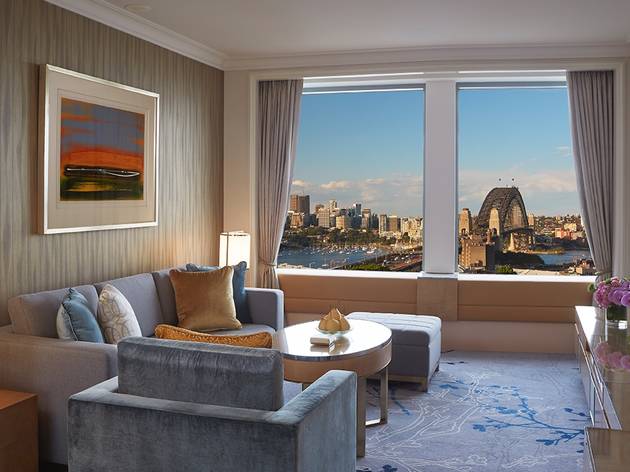 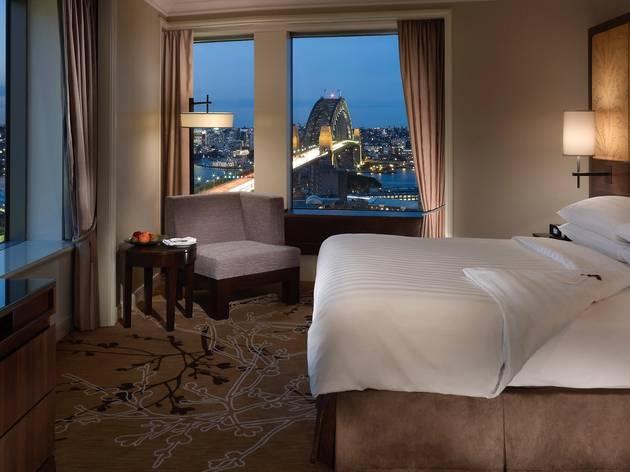 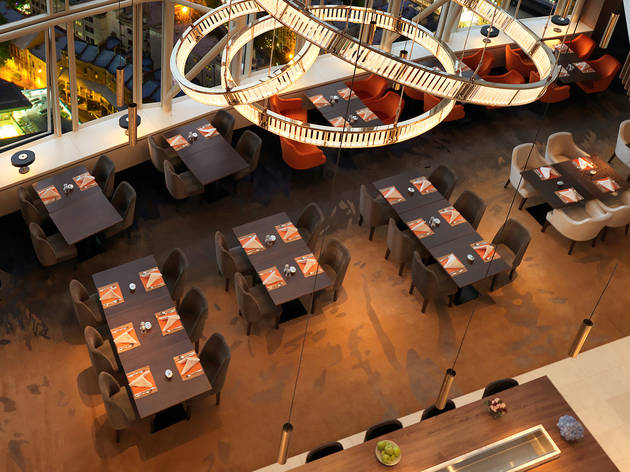 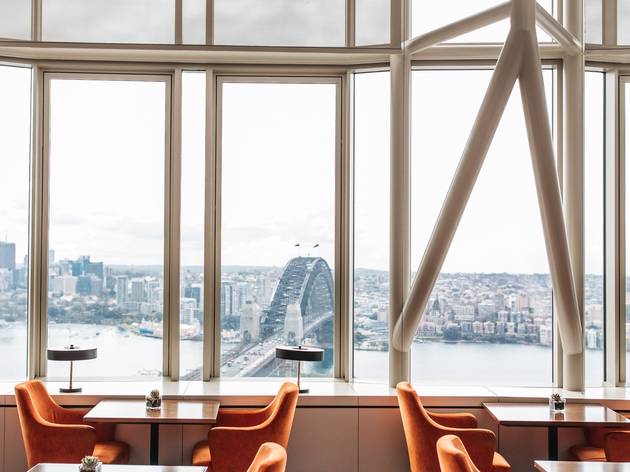 Sleepovers with a view

Talk about a breakfast of champions. Shangri-la Sydney’s aptly named Horizon Club Lounge up on levels 30-36 is where Horizon Club guests can partake of an Asian, continental or whatever-you-like brekky buffet to views of Sydney Harbour, the Bridge and the Opera House. Ferries and cruise ships putter around below you like toys in a bathtub, and the view extends from the Blue Mountains in the west to the heads and the Pacific Ocean in the east. If you believe, like most locals do, that this is one of the most beautiful cities in the world, then staying at the Shangri-la Sydney is a heck of a way to experience it.

While here, you will want to visit the hotel’s famous top-floor venues, Blu Bar on 36 and Altitude restaurant. As well as that incredible view, Blu Bar on 36 features premium table service and popular concoctions such as Le Formidable, a combo of Bombay Sapphire Gin, apple juice, peach bitters and raspberry. Altitude boasts a private dining room for groups of 18 in a glass box overlooking the city for that King-of-the-World ambience while enjoying modern European cuisine such as Byron Bay sucking pig cooked three ways with abalone, or grain-fed Angus beef tenderloin with beetroot puree. Strategic mirrors ensure that you can take in that mind-blowing view even if seated with your back to the windows.

The hotel was extensively renovated in 2015 with a fresh palette of gold and silver and specially commissioned carpets and artworks. A spectacular chandelier made of three brass rings hangs in the atrium of Horizon Club and can be seen from many points on the foreshore, fulfilling the architect’s original vision of the building as a ‘lighthouse’. The rooms evoke classic luxury with marble bathrooms, blond timber panelling and the largest windows of any of the city’s harbourfront hotels. Fun details in Horizon Club class rooms include speakers in the bathrooms that relay the sounds of the TV, as well as a pillow menu.

The hotel’s Chi the Spa on level two fuses Australian healing techniques and botanical ingredients with Asian and Middle Eastern therapies. A treatment unique in Australia is the Arabian Oud Renewal Therapy, using oud wood, frankincense, sandalwood and rose during a 90-minute treatment on the face and the body. Urban beehives on the outdoor terrace on the level three rooftop produce the hotel’s own honey. There’s buzz, too, about the hotel’s celebrity pastry chef, Anna Polyviou, famous for her punk hairdo and her patisserie creations that pack a visual and flavour punch.

Time Out tip: The Shangri-la Hotel Sydney is perfectly located for access to the historical area of the Rocks, the Sydney Harbour Bridge, visiting the Sydney Opera House, and ferries to Taronga Zoo and Manly. But don’t forget to take a stroll through the beautiful waterfront Barangaroo Reserve just to the west of the hotel, and explore the brand new bars and restaurants of the adjacent Streets of Barangaroo.