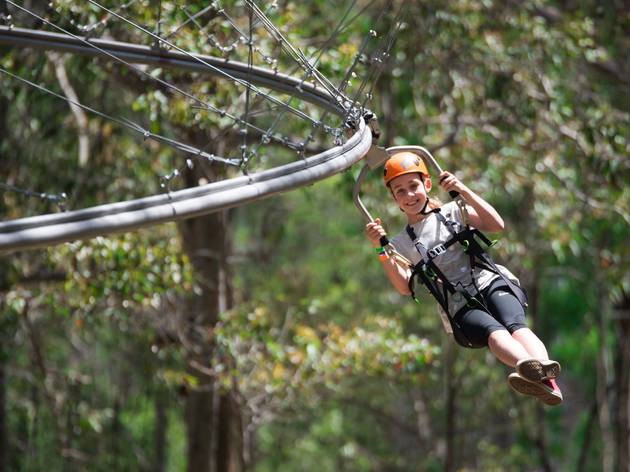 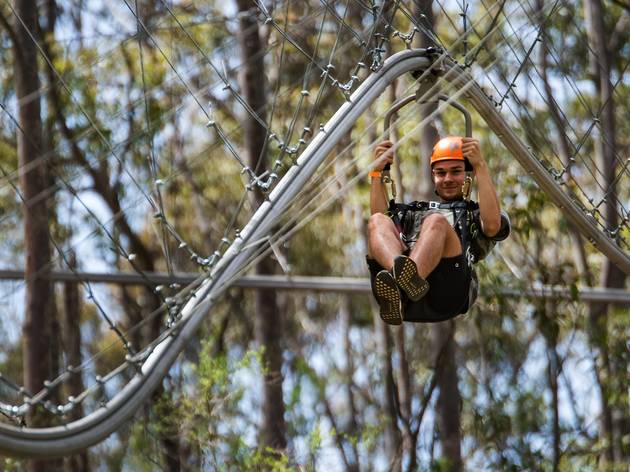 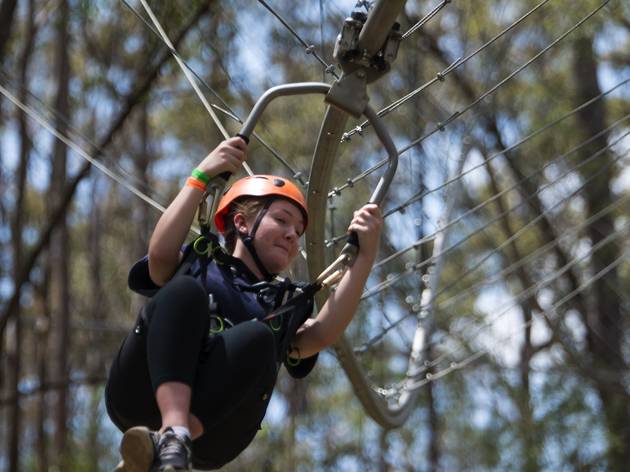 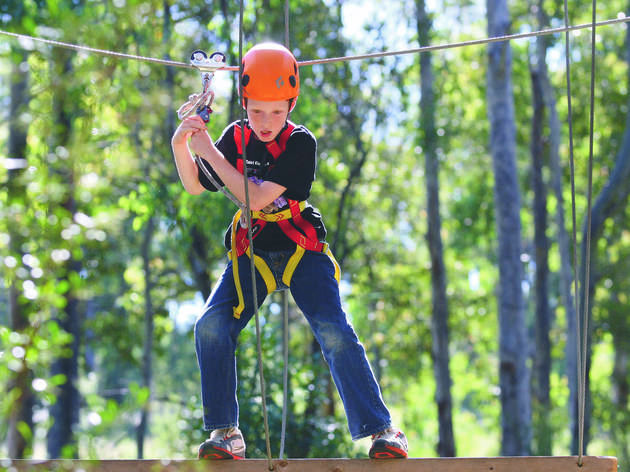 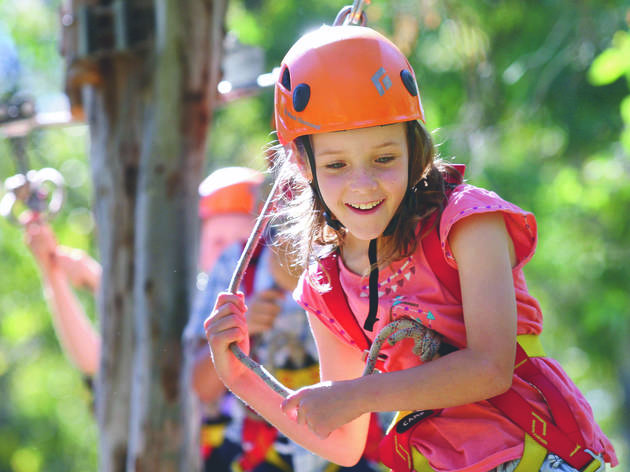 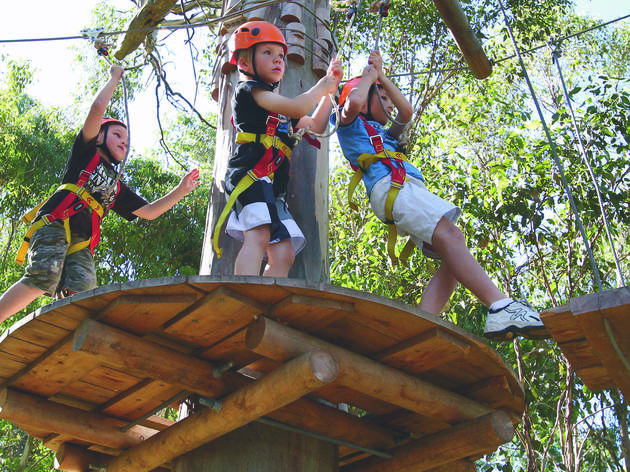 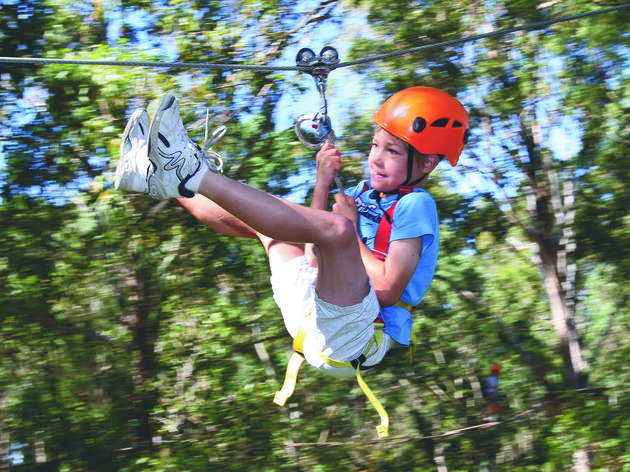 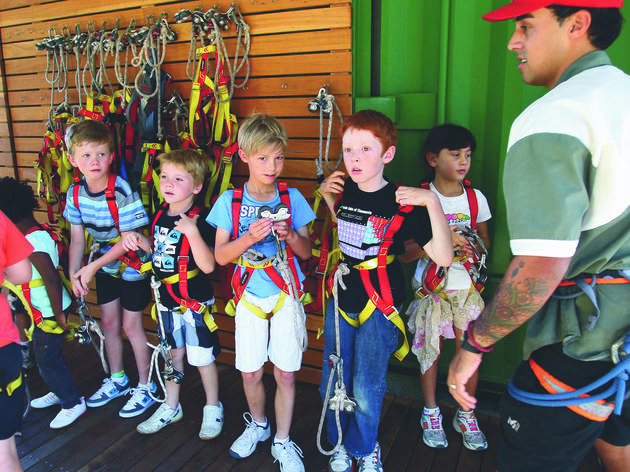 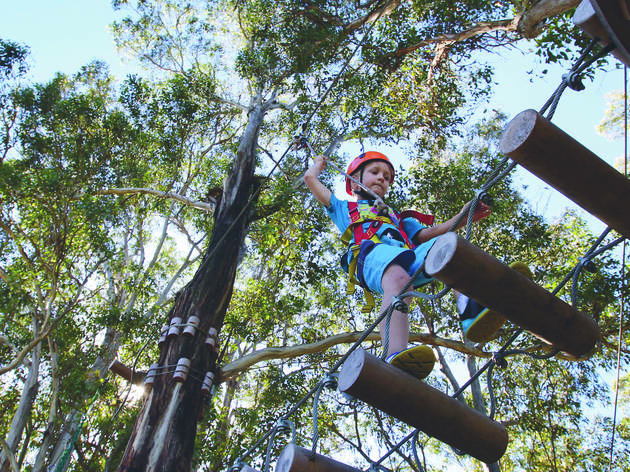 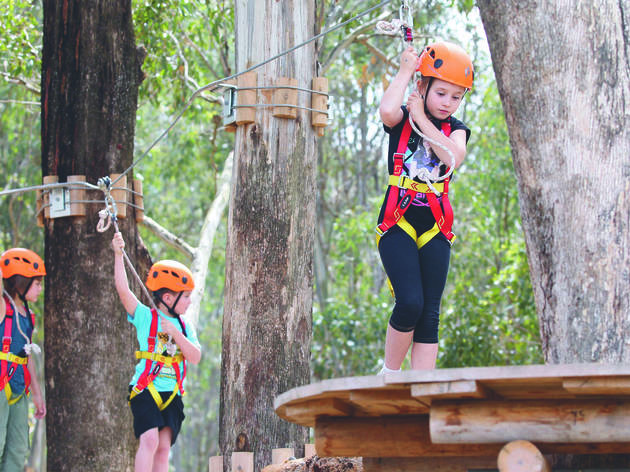 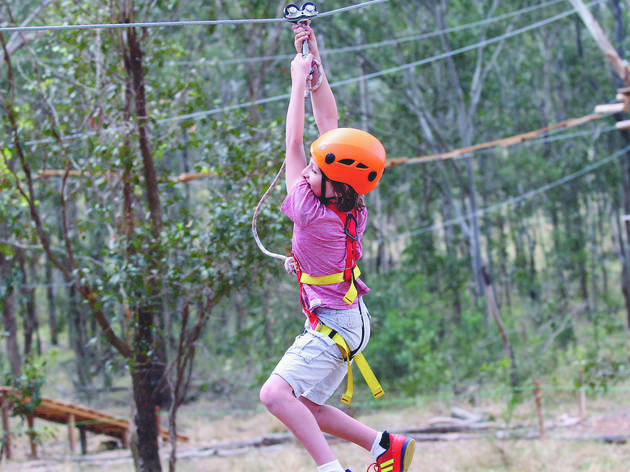 Monkey around at this all-ages adventure park

TreeTop Adventure Park in Abbotsbury is one of five eco-friendly treetop obstacle courses in New South Wales, with flying foxes, climbing nets, dangling Tarzan-like liana branches, monkey bridges, rafts, trapeze bars and ladders. And the park’s newest edition, a rollercoaster zip line that zooms down 500 metres of loops and dips at 50 km an hour, will be a huge drawcard for thrill-seeking adventurers.

Since the park opened in October 2012, they’ve welcomed thousands of visitors from ages three upwards. General manager Sandrine Gaymard led Time Out on a tour of the super-high canopy walk and told us the kids’ favourite is the flying fox: “That’s where they feel like they're really flying. But the oldest man to complete all four adult courses was 75 – so anyone can have a go.”

The Aussie company that operates the park is passionate about protecting and managing the environment. Gaymard points out that the wooden platforms circling each tree have been constructed in the most critter-friendly way possible, with gaps for possums, lizards and insects. And as we approach the park’s latest attraction, the TreeTop Safari, we’re told to look out for brown snakes (yikes!)

After we gear up with a helmet and full-body harness, the instructors show everybody how to safely navigate the ladders and treetop zip wires. When we climb to the highest point we can see the Blue Mountains on one side and the city skyline on the other, all before launching into the final flying fox – at 360m it's the longest in mainland Australia.

Children ten to 17, and taller than 1.4m, can join adults on the TreeTop Safari or the three progressive levels of the more physically demanding treetop course. It’s a daylong family adventure as the green, blue and red levels can take up to three hours to complete. The youngest adventurers (ages three to nine) pay for a two-hour period, where they can complete three mini courses as many times as they wish. The mini course runs up to 3m above the ground, and parental supervision is required.

“We have lots of parents saying how well their children slept afterwards – which is a good thing. It’s all about pushing outside of your comfort zone. For the more confident ones we have extra tricks, like using a blindfold, or doing the course with no hands. And kids that were the most nervous soon become the ones that are the most proud, because they overcame that fear. After that you can see them going around like monkeys!”

For very brave mums and dads there’s an adults-only extreme black course. “I once witnessed a man on the black course who had one leg and one arm,” says Gaymard. “It was so inspirational. That course is hard enough with four limbs, and seeing him push himself was amazing.”