Drawing on songs from the length and breadth of Don Walker’s storied career, superstar Katie Noonan is set to rock the Headland stage at Barangaroo Reserve this Sydney Festival with a few of her favourite friends. Fans will hear refrains from his formative years with hard rockers Cold Chisel, through his country-rock work as one third of Tex, Don, and Charlie, and from his solo outings.

Combining the words of one of our greatest songwriters with the voices of Noonan and co, Songs of Don promises to be one of the highlights of the 2021 festival. The initial seed from which this flame tree has sprung was planted several years ago when Noonan was Artistic Director of the Queensland Music Festival. Ruminating on the kind of musicians coming out of Queensland, she was surprised to discover that Walker hailed from Ayr, a little under a hundred kilometres south of Townsville.

“I’ve always thought of Cold Chisel as an Adelaide band,” she explains. “But in fact one of their primary songwriters and the writer of some of their biggest hits is a Queenslander. So that was something that I was interested in exploring.”

Noonan was, and remains, an unabashed fan of Walker’s musical craft and song-writing chops. Cold Chisel were well-established by the time she was born in 1977 and so, as she puts it, Walker’s rough-hewn pub rock poetry was, “In my musical DNA since I was a baby. I have admired his incredible capacity to write really interesting songs that are musically engaging but then also super-popular, which is a very difficult balance to get right.”

A huge fan of his lyrics, she says the first time she really caught on to the beauty of his writing was when she was asked to do ‘Choir Girl’ for a Chisel tribute record about 20 years ago. “When I read it I went, ‘Wow, this is a really intense song,’ and since then I realised that it’s written about a woman having an abortion, and that’s such an intense subject to have formed the basis of an incredibly popular pop song.”

It’s a good snapshot of women from different walks of life and we’re all extremely different, but we all have come together in our combined admiration for the song-writing genius of Don Walker

Therein lies the magic of Don, she suggests. “Cold Chisel is such a masculine band, you know, but lyricism of the words are actually very beautiful and very true. Not blokey, but very honest and real.”

That seeming contradiction in Walker’s writing style made the notion of having his songs reinterpreted by women irresistibly appealing, but Noonan took pains to select her hand-picked group of singers.  “I really want it to be a multiple generations presentation,” she tells us. “And I also discovered that Don had written some songs for people like Slim Dusty and I was very much aware that, in the First Nations community, country music is a strong part of their culture.”

That made Warnindhilyagwa woman Emily Wurramara a natural choice. Since her 2016 debut EP Black Smoke, Wurramara has been an emerging artist of note, receiving rave reviews for her debut album, 2018’s Milyakburra. “I was definitely wanting to have First Nations artists with us and Emily’s just blossoming into this beautiful young artist. I wanted to showcase her.”

Noonan grew up admiring like Christina Anu, a fellow Queenslander, “So there’s strong Queensland DNA. And Emily’s based in Queensland, even though she’s originally from Groote Eylandt, which is up in the Cape – technically it’s NT.”

Rounding out the quartet is legendary rocker Suze DeMarche, who made her bones fronting Baby Animals before carving out an impressive solo career in the male-dominated Aussie rock scene. “Obviously I wanted to have an amazing woman who is also known in rock circles, because obviously Chisel are an amazing kick-ass rock band,” Noonan adds. “I immediately thought of Suze, who is, I think, maybe ten years older than me and someone that I look up to. So, it was really like a multi-generational thing. It’s a good snapshot of women from different walks of life and we’re all extremely different, but we all have come together in our combined admiration for the song-writing genius of Don Walker.”

When we speak, the exact set list is still being pinned down, but Noonan promises a mix of crowd-pleasers and deeper cuts from Walker’s back catalogue, although she stresses she is not calling the shots. “I’m working with artists who I really admire, so I’m really leaving the decisions to them. I’m just helping facilitate this vision, I’m not telling people what to do.”

She has been talking with Don a lot. “He has given us a suggested song list, and I found some amazing B-side Chisel tunes that I’d never heard that are bloody brilliant. Obviously we’ll do the songs that people want to hear, because I want to hear them as well: ‘Flame Trees’ and ‘Choir Girl’, ‘Cheap Wine’. you know, the absolute bangers that it would be remiss to not do.”

But expect some obscure wild card tunes too, from Tex, Don, and Charlie, and from Don’s solo career, “Also songs that he wrote for people like Slim Dusty and other artists,” she adds. “It’ll be a really interesting melting pot of different songs.”

Still, she assures us to expect a night of traditional Don Walker tunes – there’ll be no radical reinterpretations here. “I think we will stick relatively close to the originals. I’ve done other projects where I’ve done the Beatles song book with a jazz quintet, but it will be absolutely nothing like that. We’re certainly not going to go and do jazz versions of Chisel. They’re such iconic songs, you don’t want to mess with the magic.” 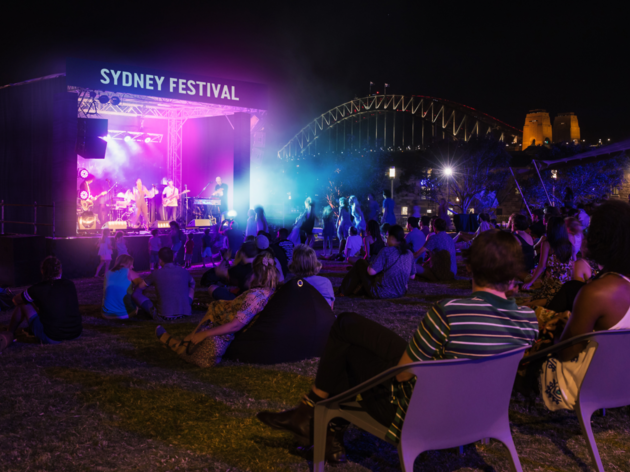